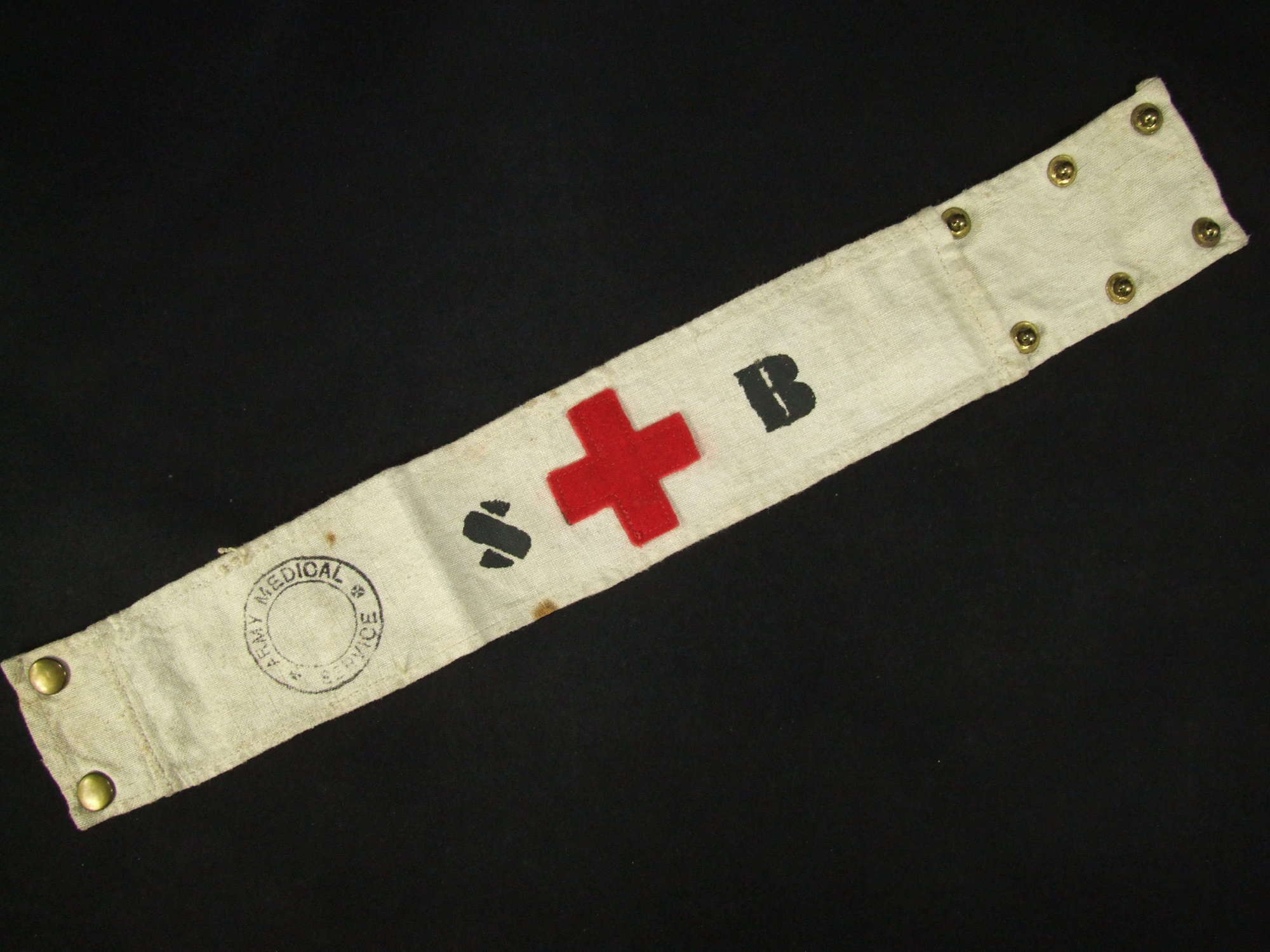 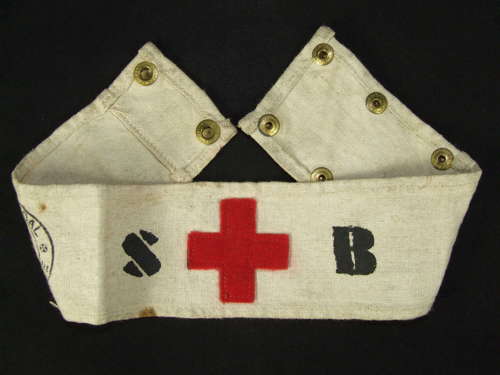 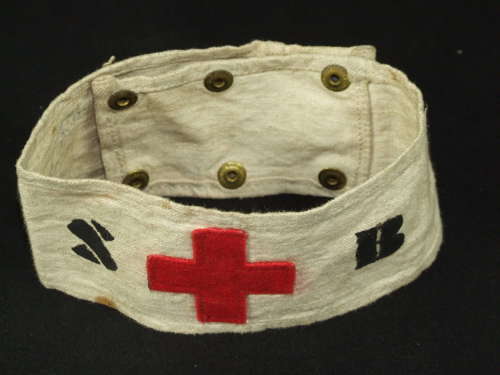 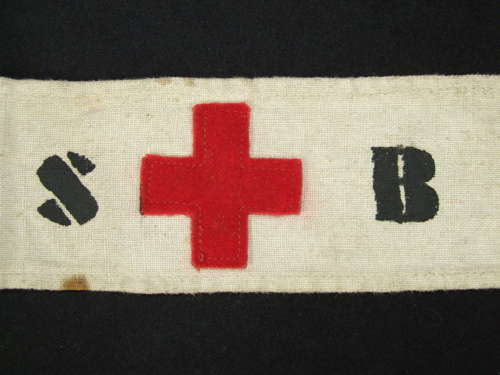 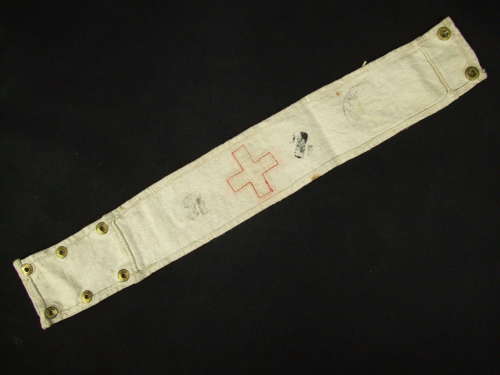 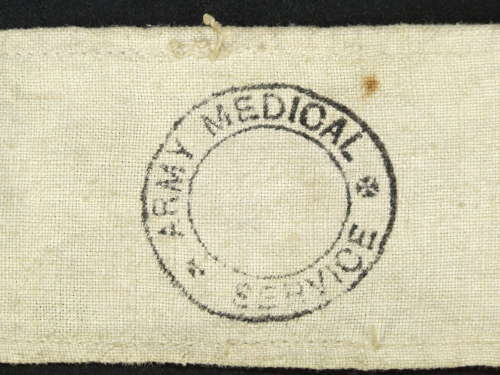 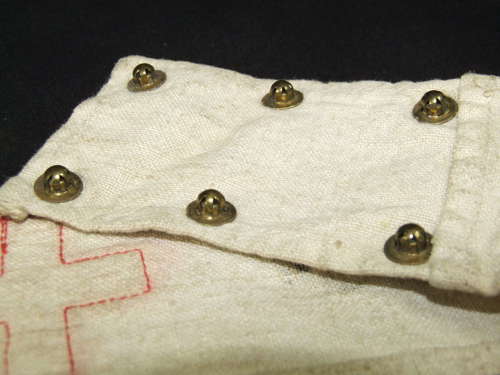 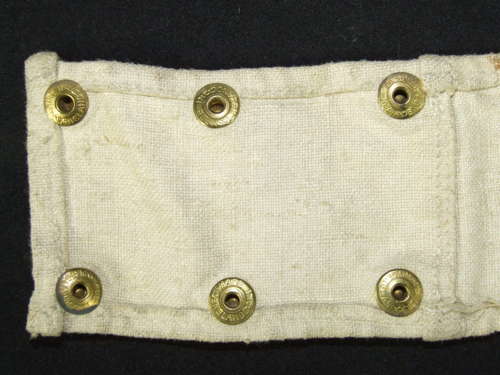 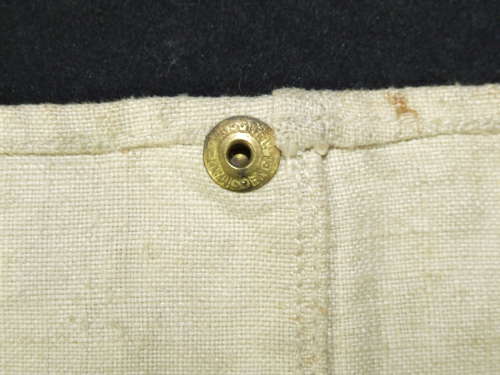 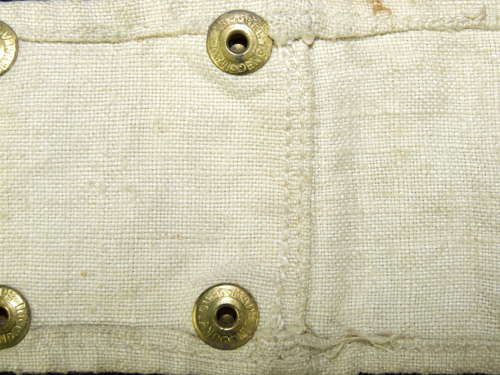 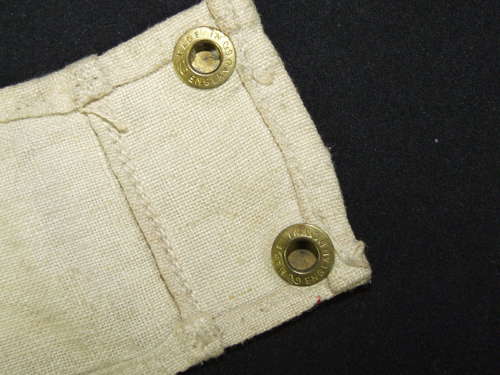 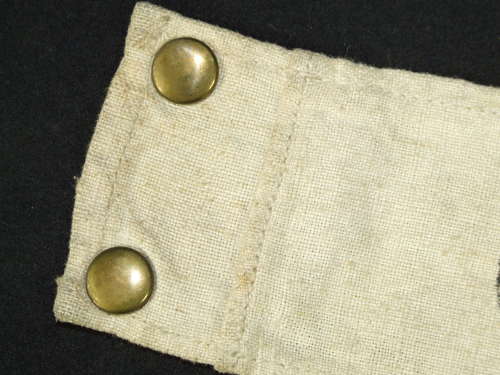 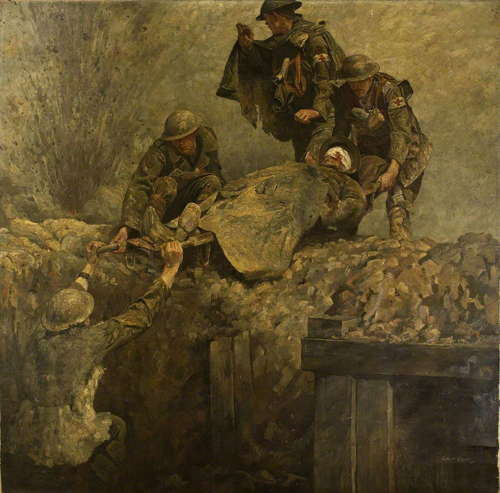 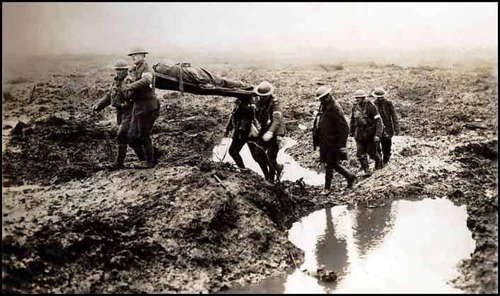 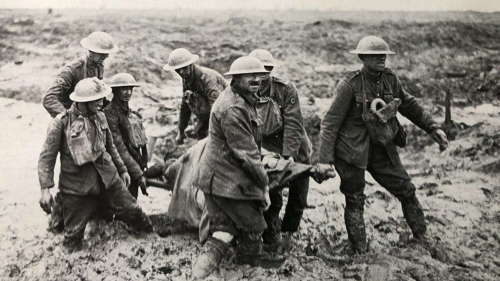 A very rare WW1 British Stretcher Bearer’s Armband, in very good condition and having the classic “castle” type press studs used only in that war.

Whilst similar in appearance, this armband should not  be confused with the standard Red Cross armband worn by regular British medical personnel in WW1, those being not too difficult to find.

This Armband not only has the special “S” and “B” designation letters applied, which the standard Red Cross version does not have but close inspection will also reveal its width is slightly narrower than the standard version. This more akin to the narrow “SB” armband worn by regimental Stretcher Bearers.

In WW1 British Stretcher Bearers came from two different sources. They were either formed at regimental level, these wearing a simple Armband with just the letters “SB” upon it; or they were formed from Royal Army Medical Corps personnel, these wearing the Red Cross Armband with small “S” and “B” letters applied either side of the Cross, as seen here.

WW1 Stretcher Bearer memorabilia is much sought after due to its most evocative poignancy for that war. These brave troops selflessly went into battle totally unarmed in order to rescue their fellow man, and suffered a correspondingly high casualty rate to show for it.

Other items in Arm bands and badges

View all in Arm bands and badges 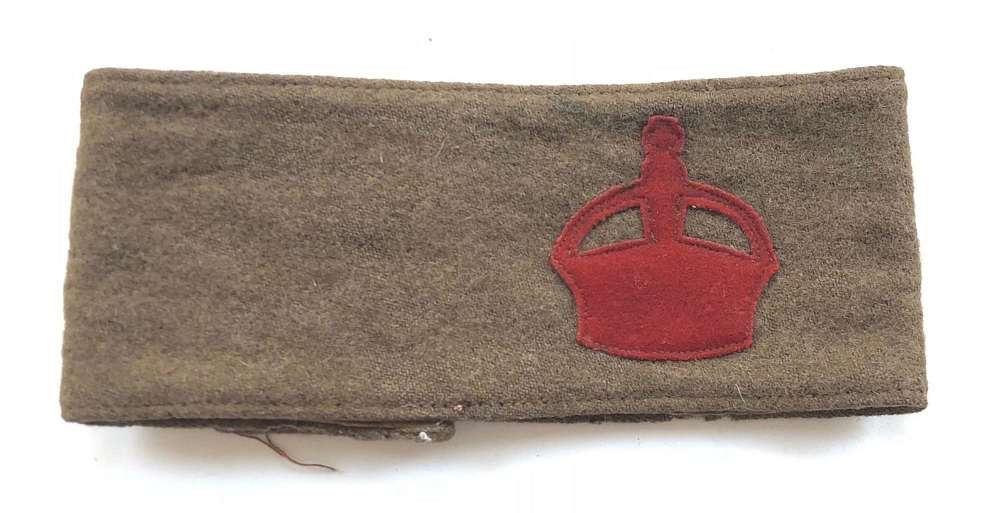 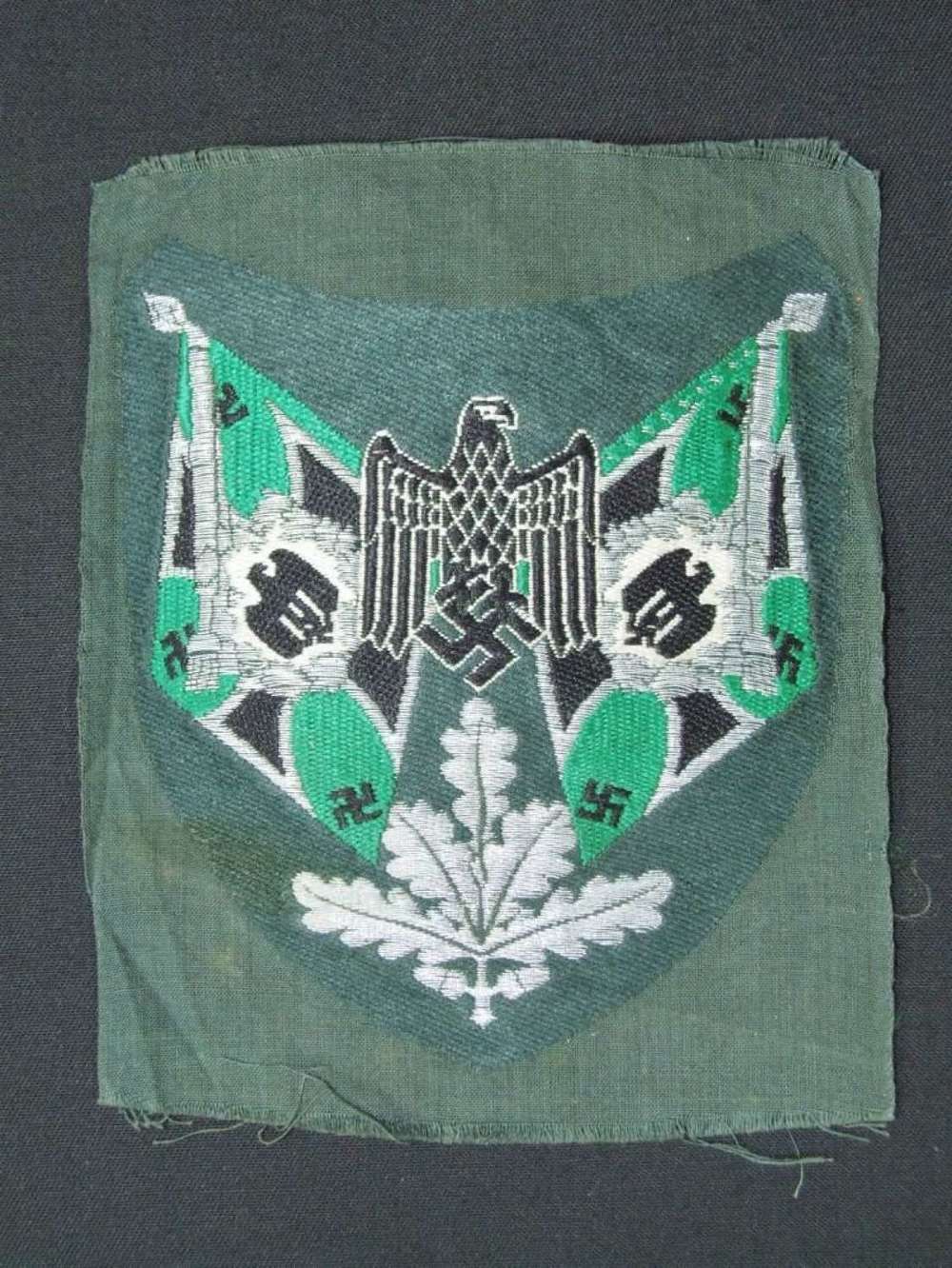 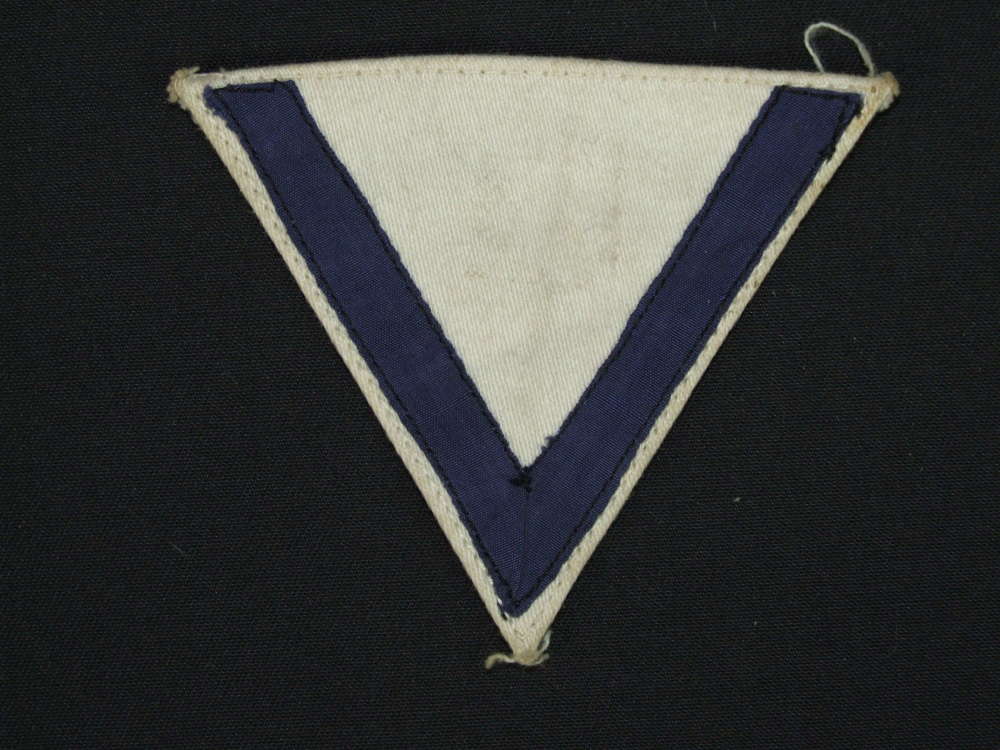 Kreigsmarine Chevon for a Gefreiter 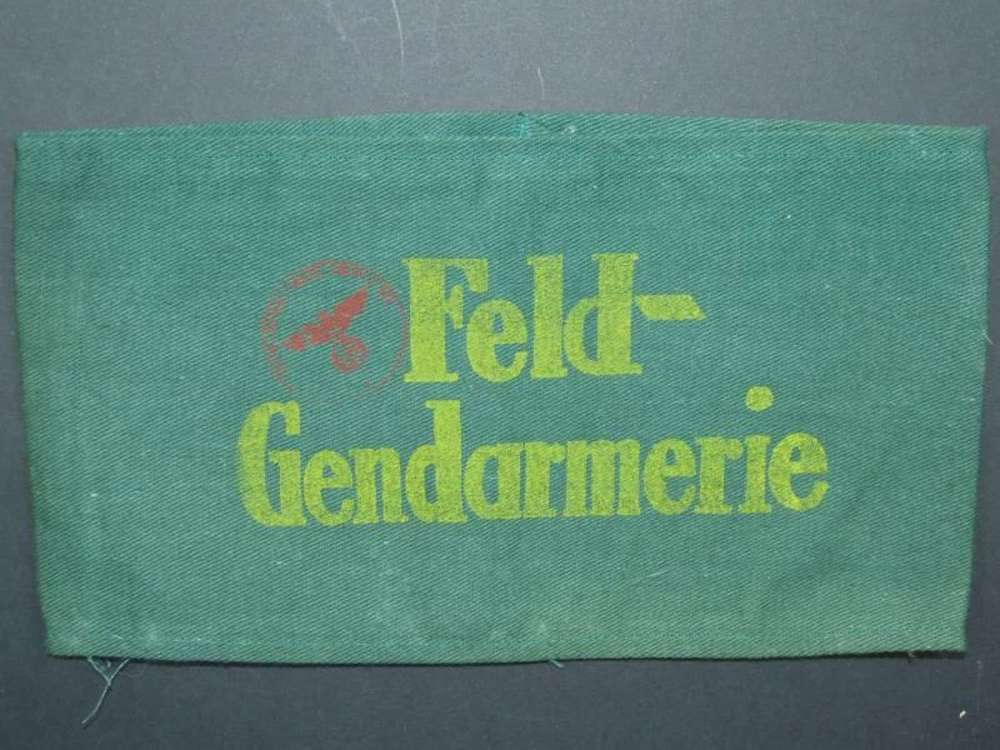 Three Original Canadian and US Press Photos - Invasion of Italy