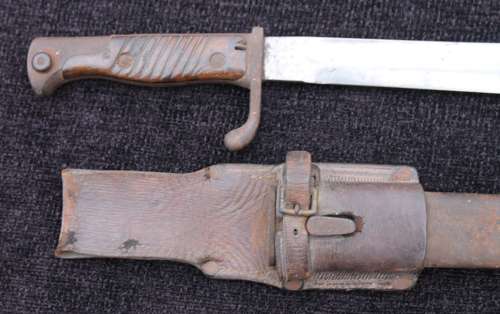 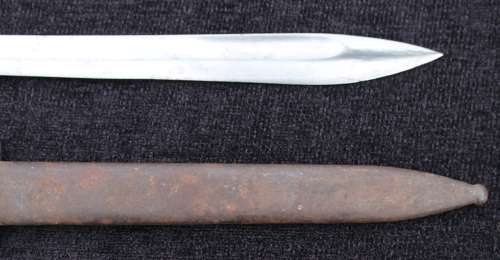 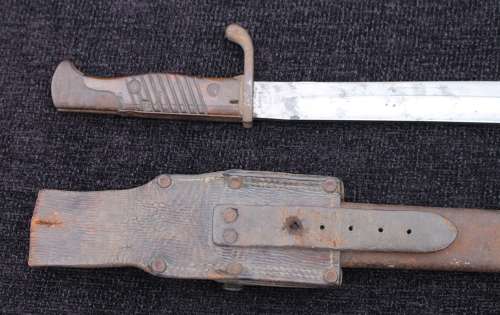 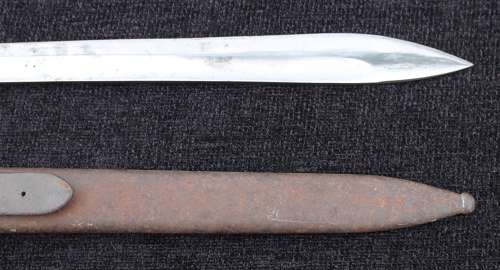 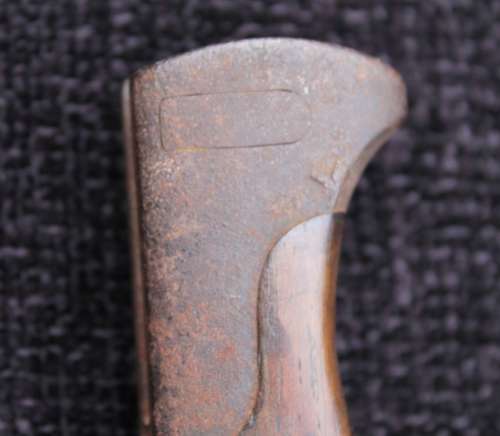 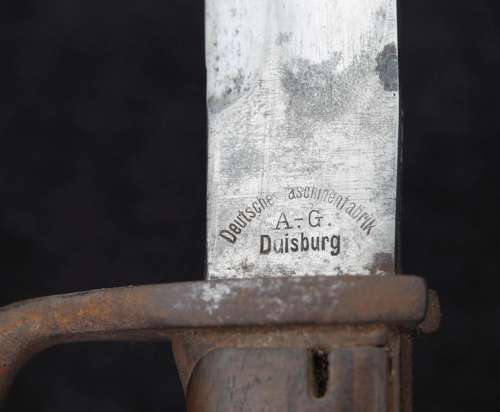 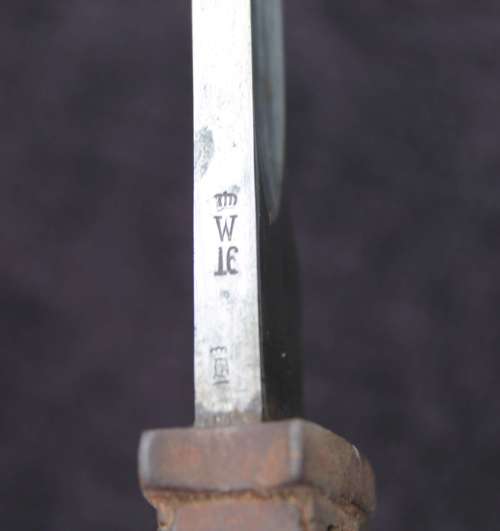 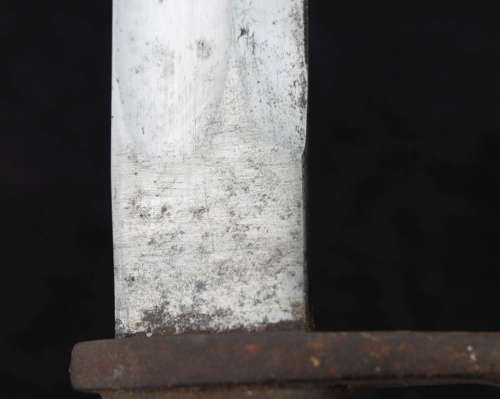 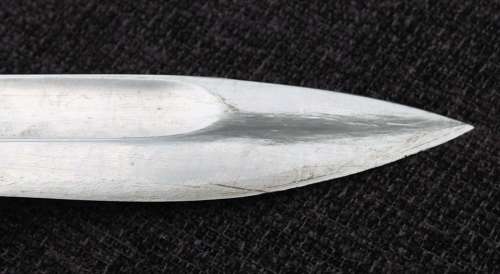 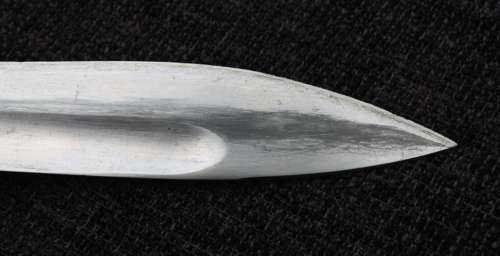 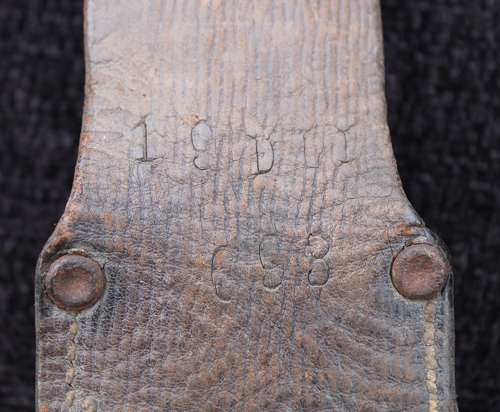 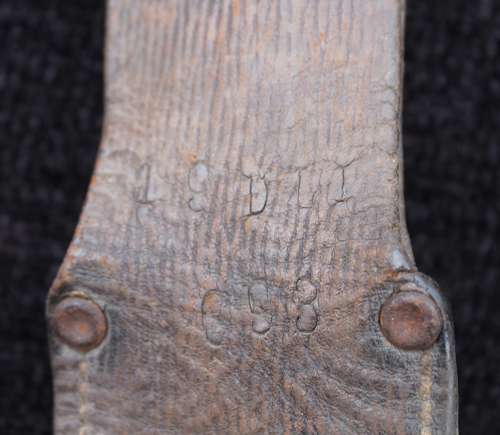 This is the second of two completely untouched Imperial German 1898/05 "Butcher" Bayonets, recently discovered in a local attic.

What makes this example particuarly unique and interesting, is that it has been fitted with a British leather frog, which has clearly been on the bayonet for a very long time. The frog is unit marked to the 19th Durham Light Infantry, a Bantam Battalion which took heavy casualties at Arras in Novemeber 1916.

More about the 19th Durham Light Infantry can be found HERE.

It seems feasable that the frog may have been captured during this period, and fitted to this bayonet, perhaps as a replacement for a broken/damaged frog. The bayonet was then captured/acquired and broguht home as a war souvenir. This is one of the most evocative pieces I have found in a long time, and I really wish it could speak!

It is completely untouched, and will improve if desired, or left as the time capsule it is currently. The blade is particuarly bright, with signs of service sharpening. The frog is solid, but would benefit from a gentle feed/polish.