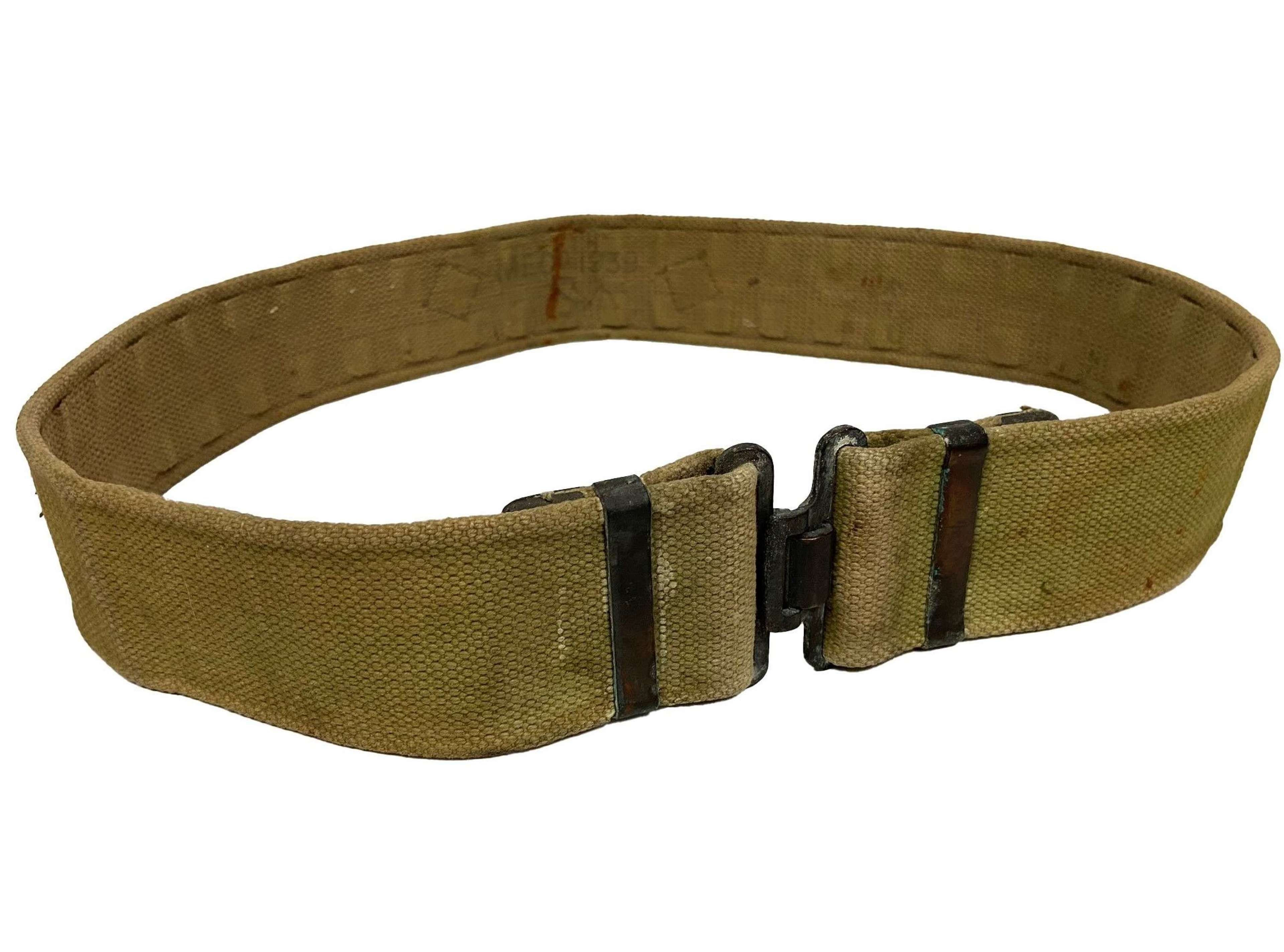 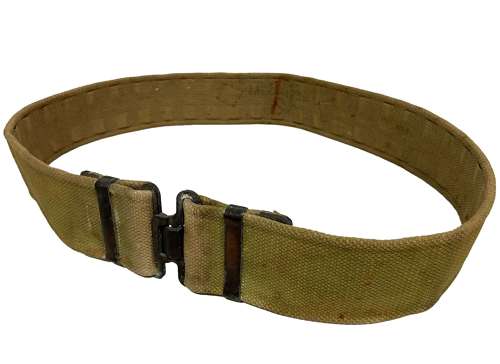 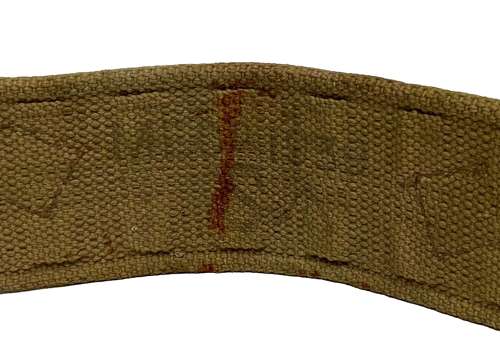 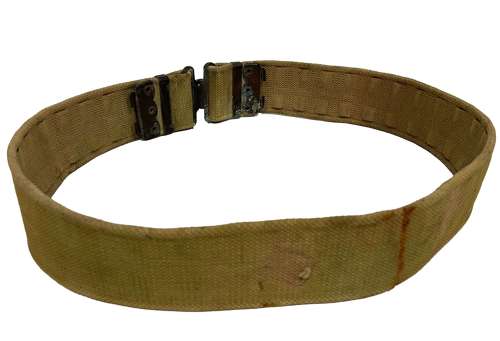 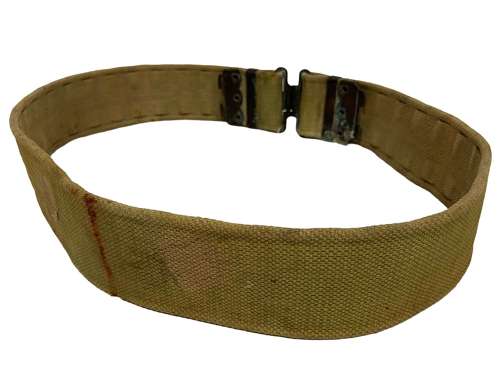 This pattern of webbing belt came into issue with the British Army in 1938 and saw use throughout the Second World War as well as in the post-war period.

This example is clearly marked to the inside. The makers name of 'MECo' is present and denotes Mills Equipment Company as the manufacturer. The 1939 date is also present as is the Size of S and the War Department broad arrow marking.

The belt is in good used condition and displays well. The rear buckles have been removed and there is tarnishing to the remaining brass work but this has been reflected in the price. 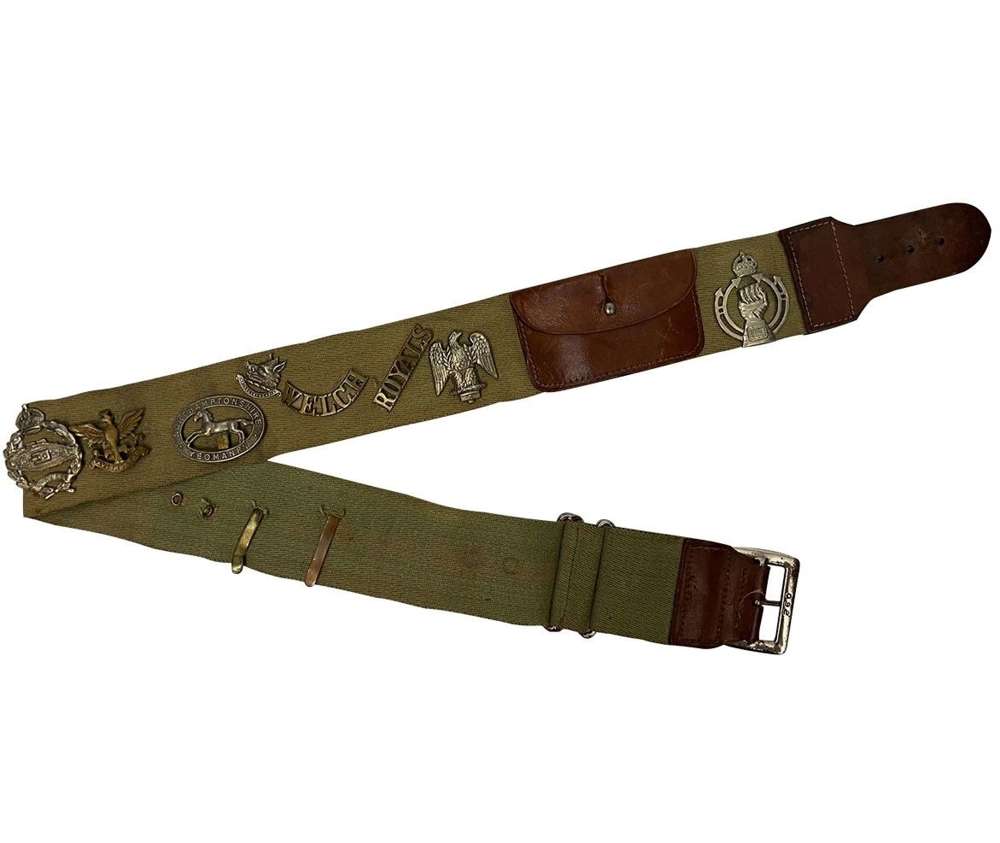 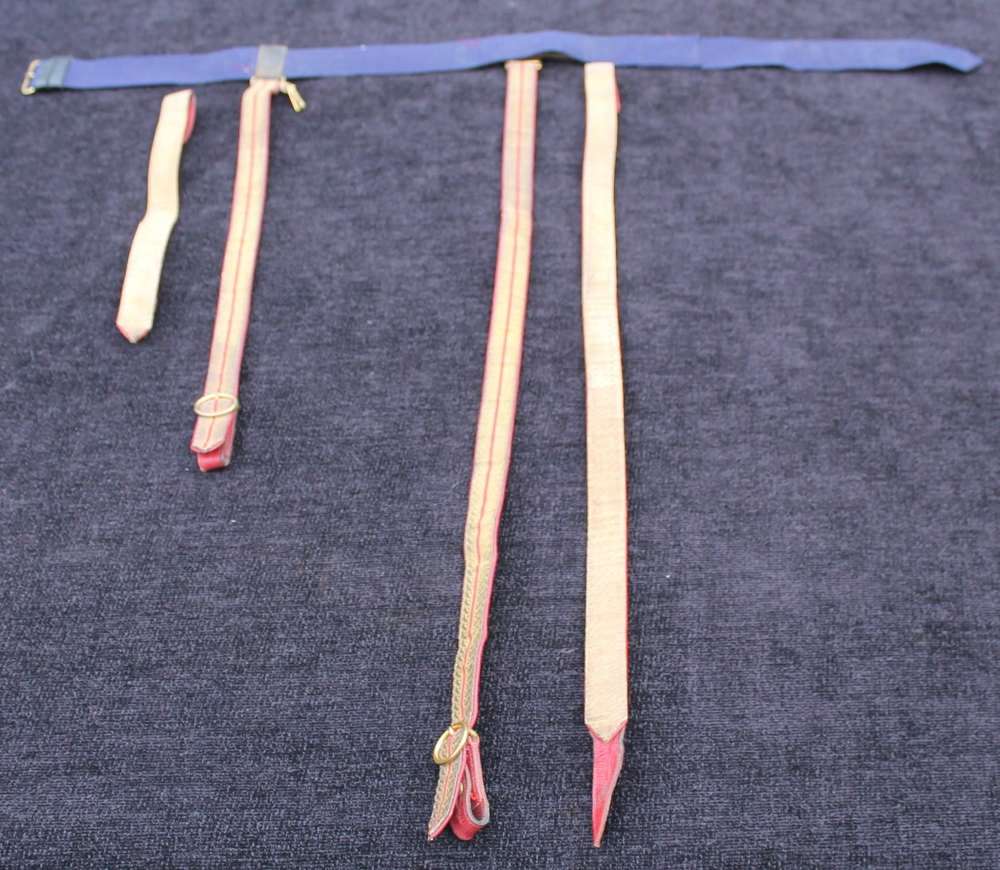 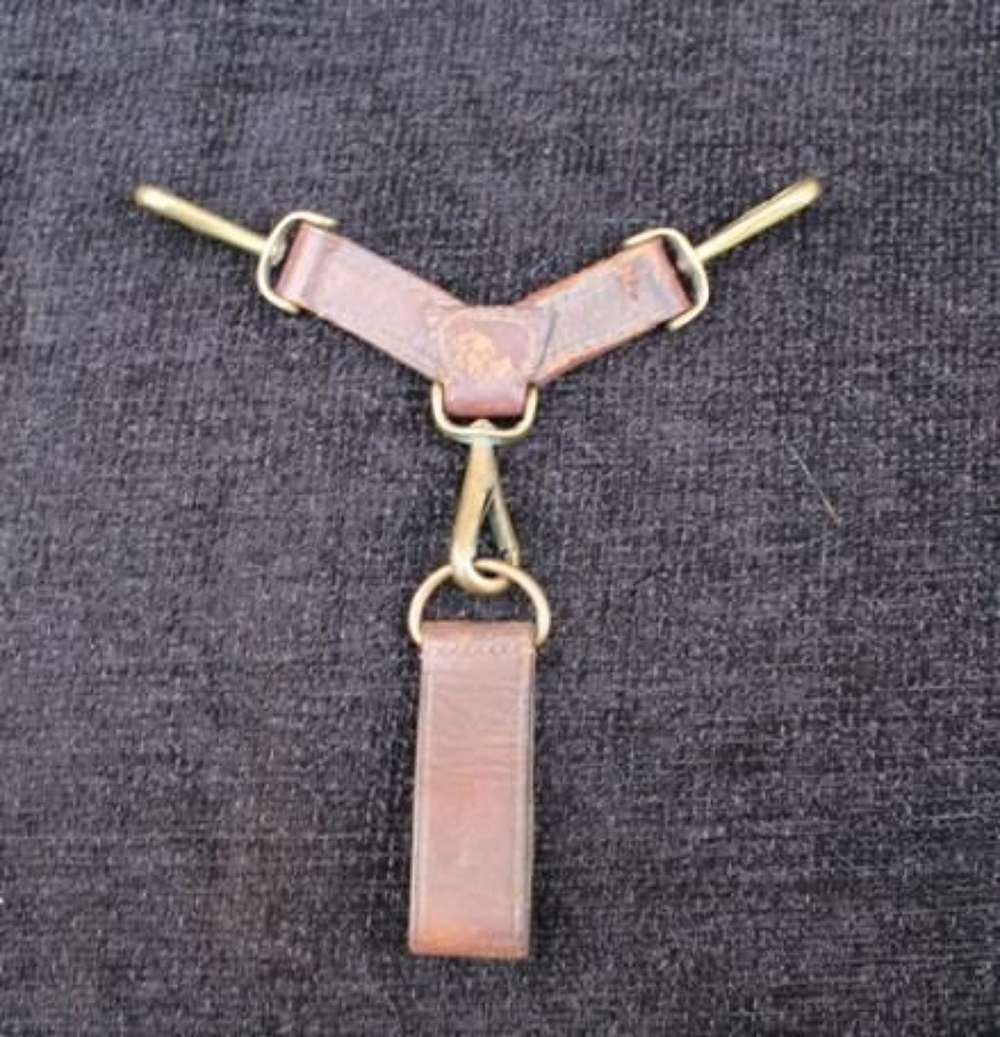 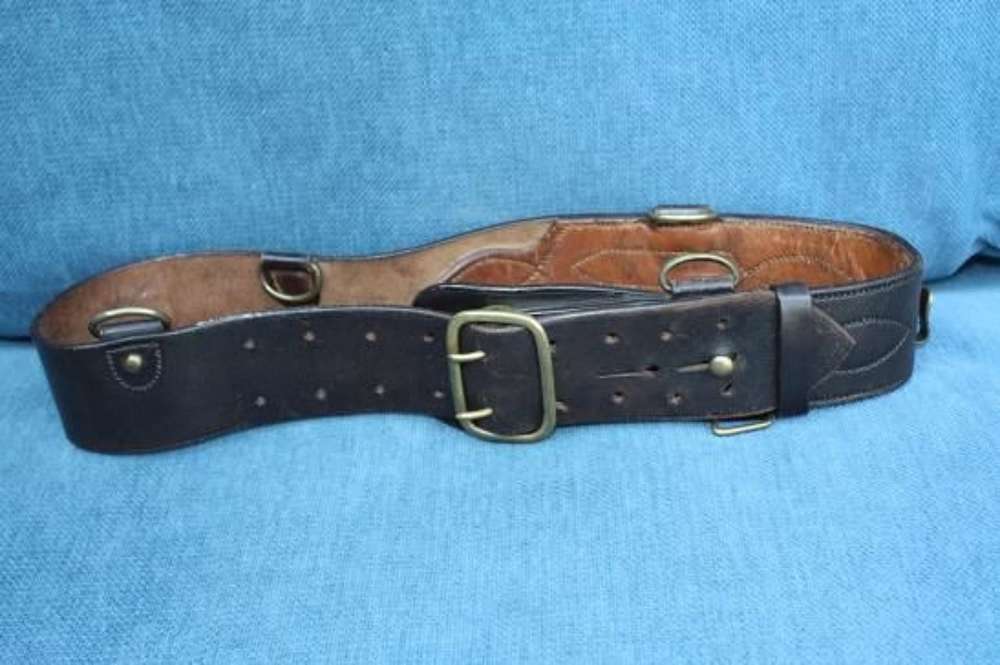