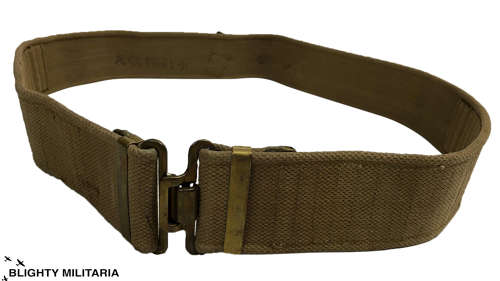 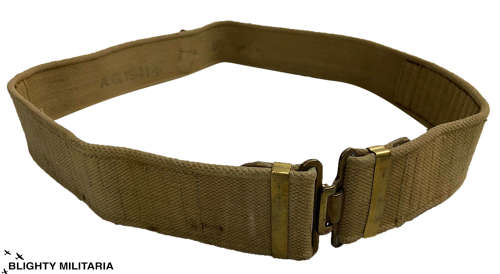 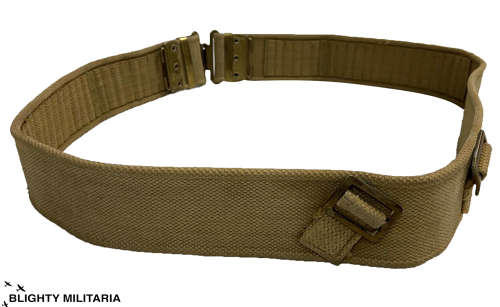 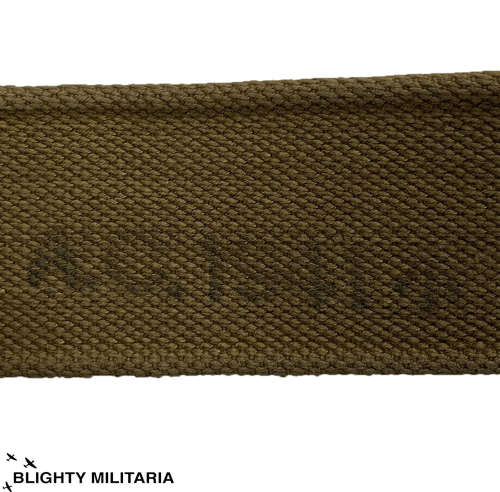 An original 1941 dated 1937 pattern webbing belt which belonged to Captain John Campbell Mantell M.B.E. who served with the 2nd Battalion of the Royal Warwickshire Regiment during the Second World War and in Palestine.

This pattern of webbing belt came into issue with the British Army in 1938 and saw use throughout the Second World War as well as in the post-war period.

This example is clearly marked to the inside with the maker's initials of 'A.C' as well as the 1941 date. All the brass work is present and original to the belt and the overall condition is very good as can be seen in the pictures.

A hard to find wartime dated belt which has known provenance.