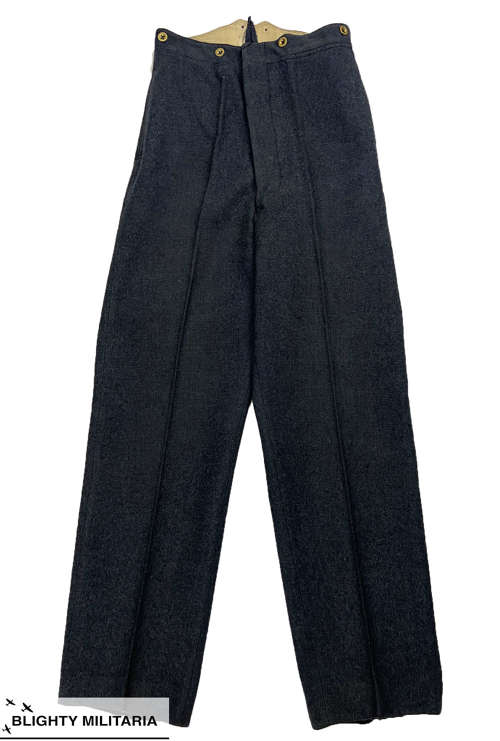 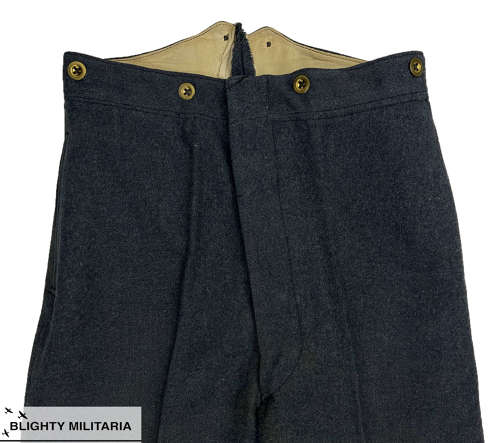 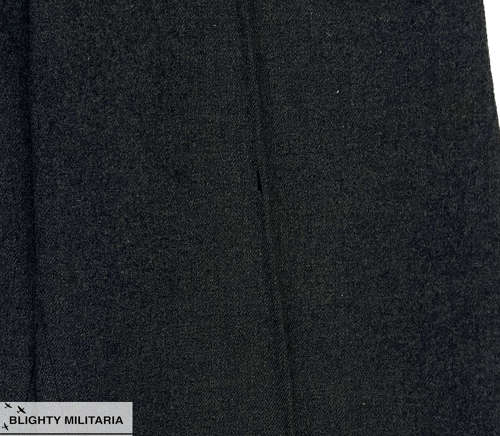 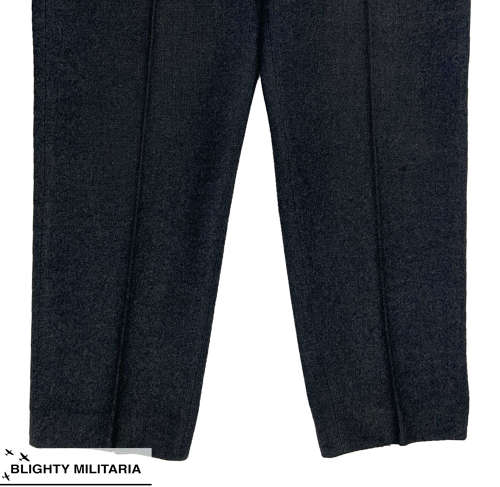 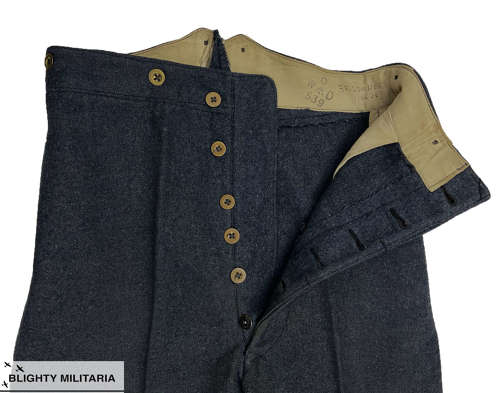 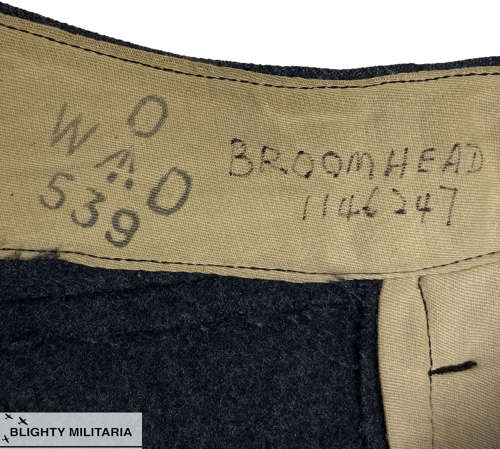 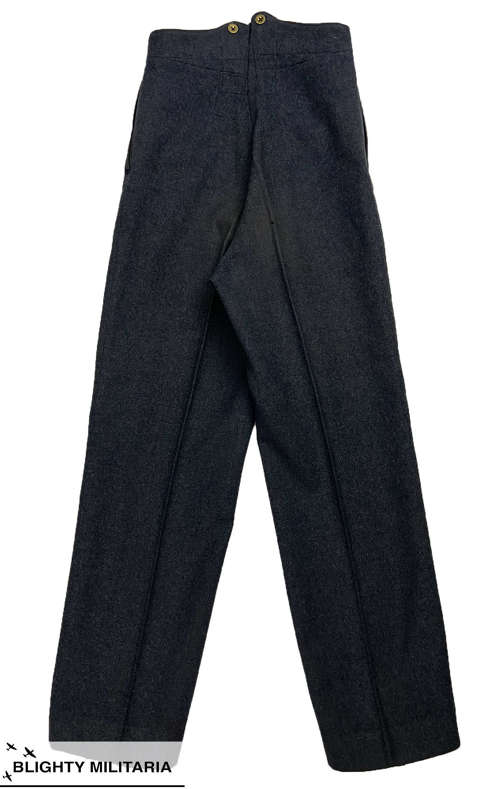 A nice original 1942 dated pair of RAF Ordinary Airman's trousers which belonged to Thomas Wingfield Broomhead who served during the Second World War.

1146247 Broomhead enlisted in the RAF Volunteer Reserve scheme sometime between September 1939 and February 1940 meaning he would have served during the Battle of Britain. He was trained as a wireless operator and was promoted to Corporal.

These trousers have all the attributes associated with early manufactured RAF OA items including the white cotton lining and stamped brass buttons. These were replaced with an indigo blue lining and black plastic buttons in 1943, making this the correct style of trousers for the early war period.

Inside the trousers the original owner has marked his serial number. There is also a War Department acceptance stamp which is surmounted by the letter 'O' which denotes the year of issue as 1942.

The condition of the trousers is good overall with various signs of wear and use. There is a hole to the front left leg which is illustrated in picture 3 and some staining etc. Please take time to study these and bear in mind that they are a pre-owned, vintage item with some flaws commensurate with age.

These trousers would undoubtedly compliment any wartime RAF collection. The matching tunic and braces are also currently available in separate listings.