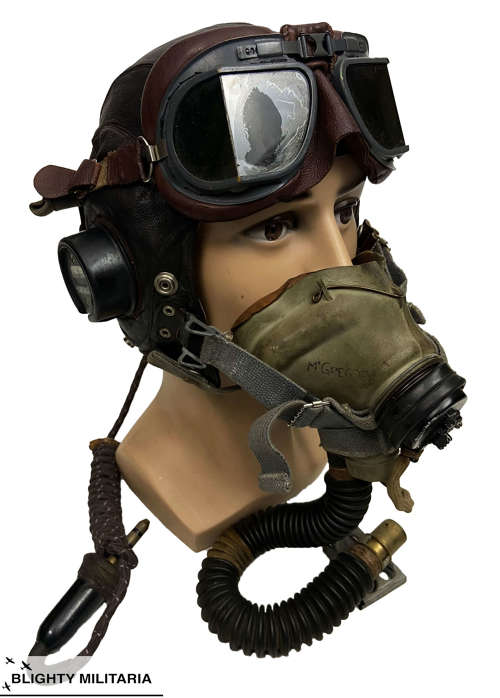 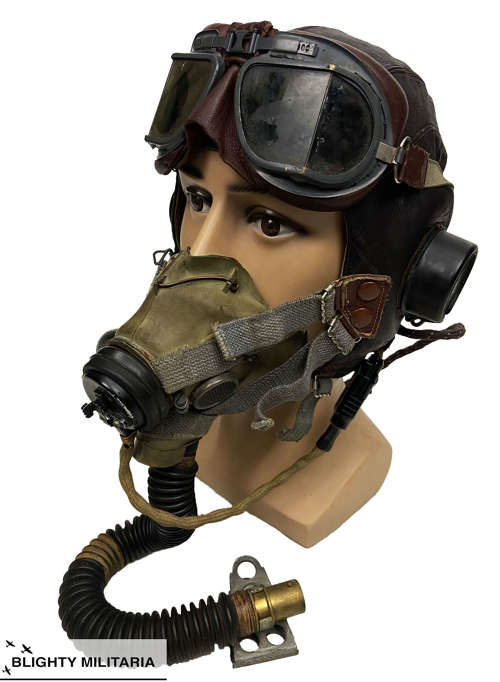 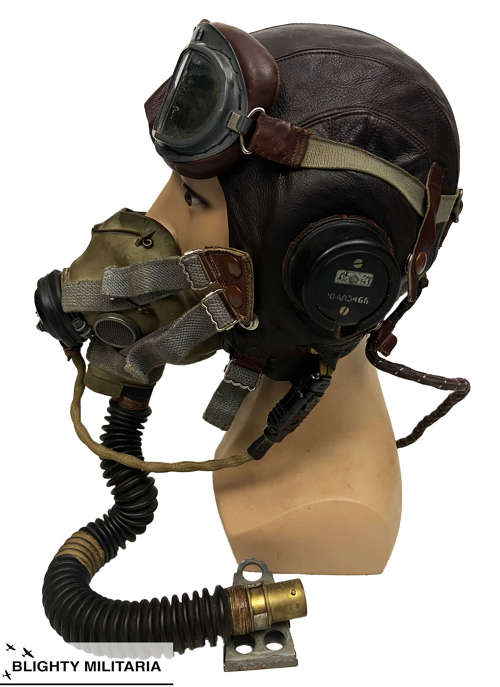 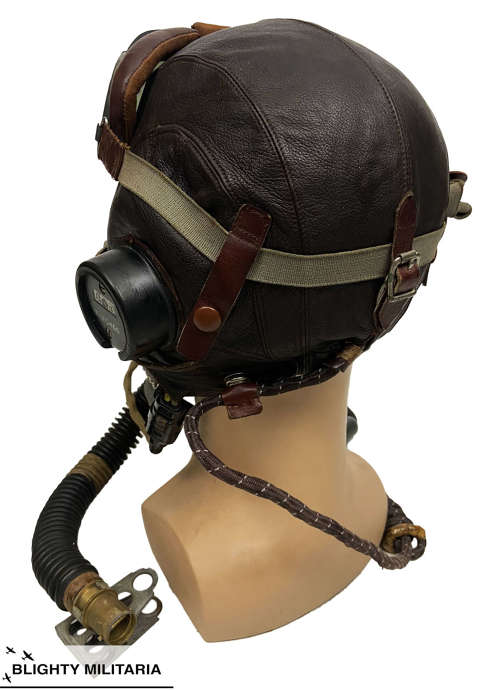 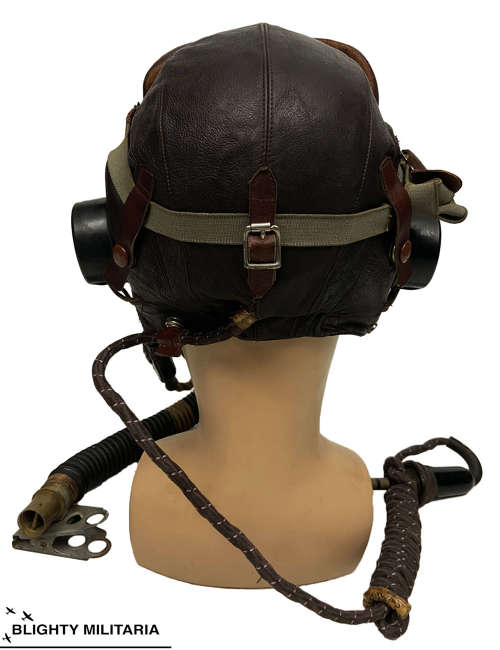 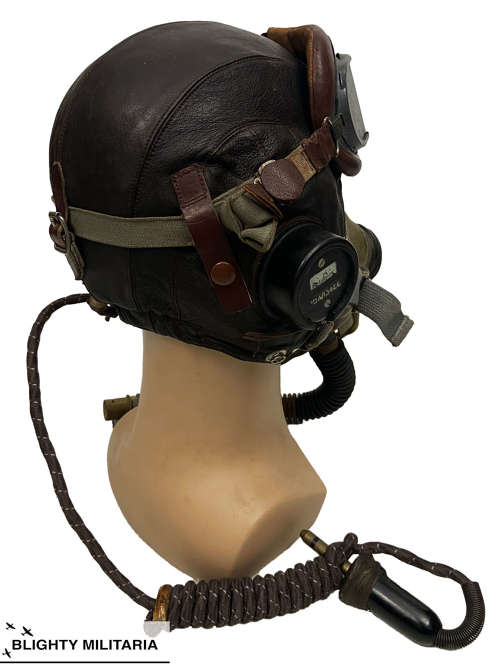 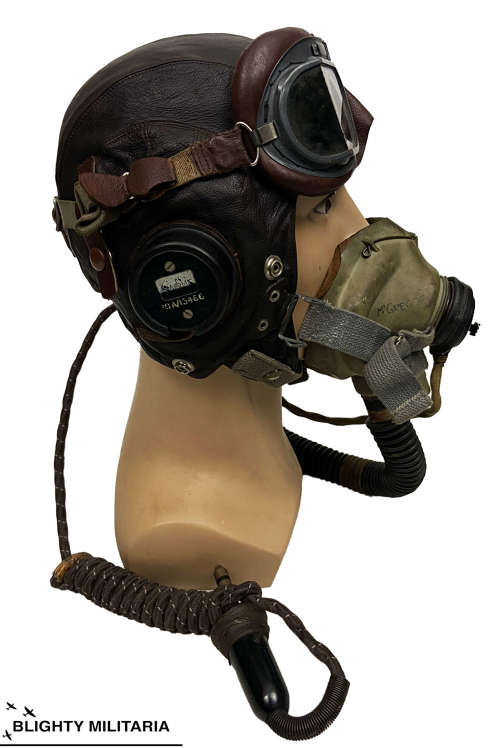 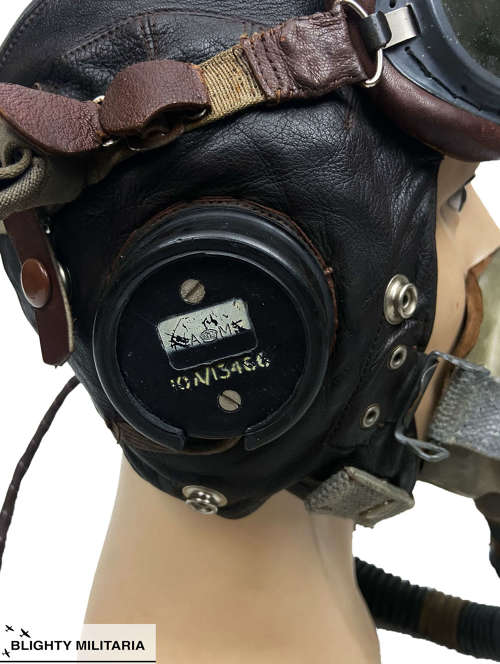 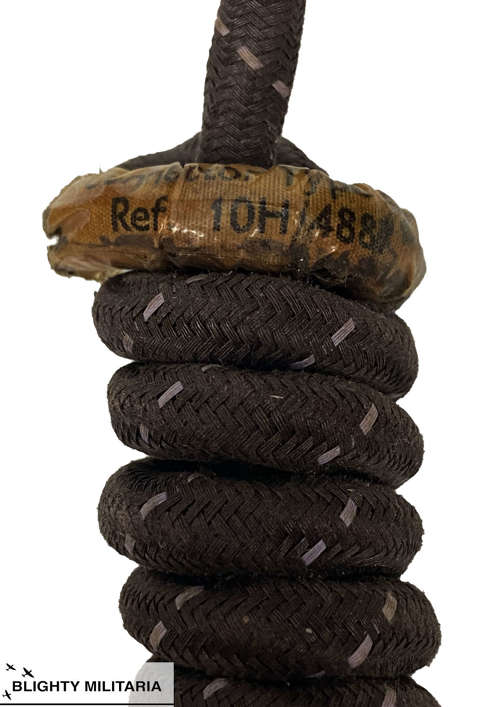 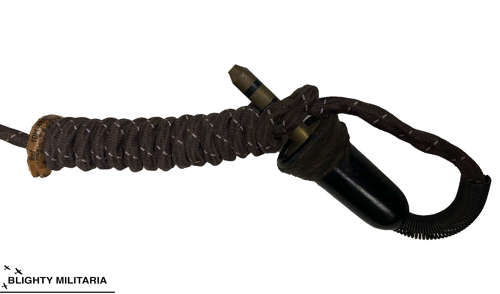 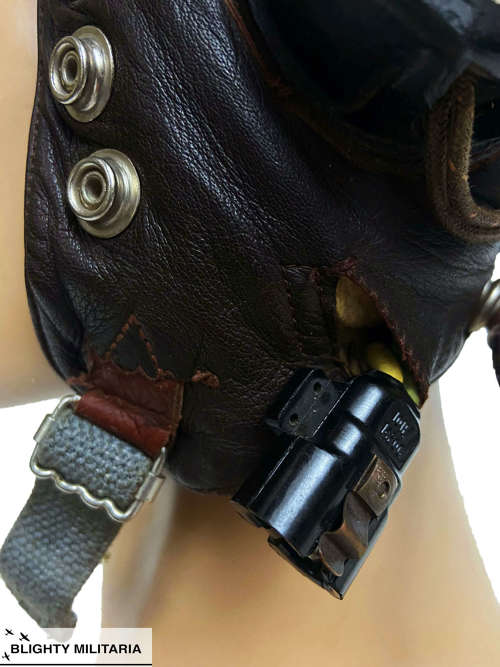 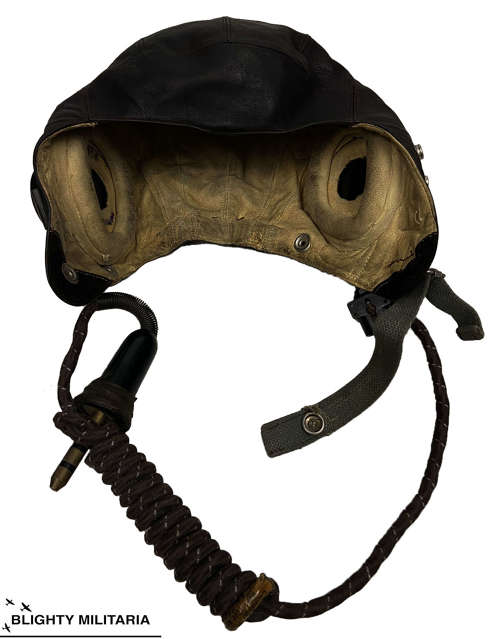 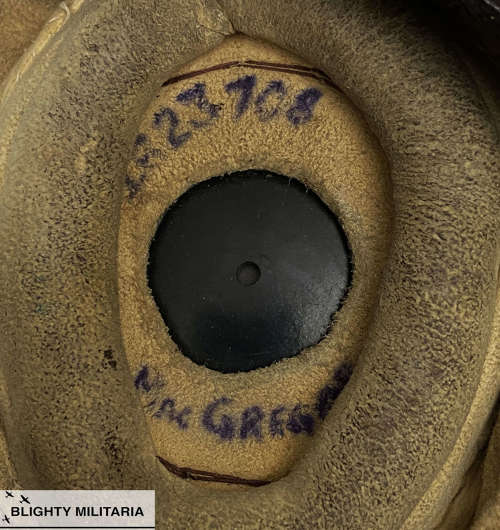 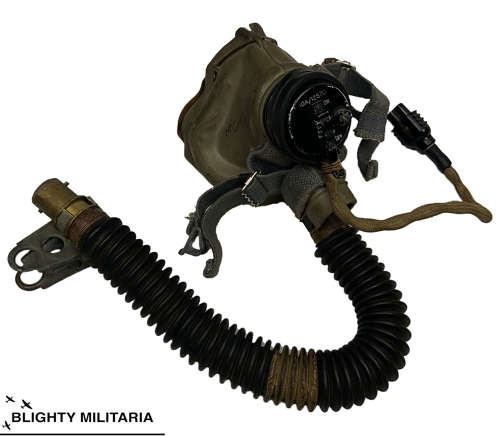 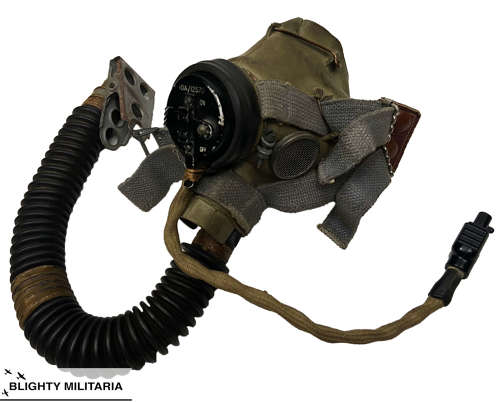 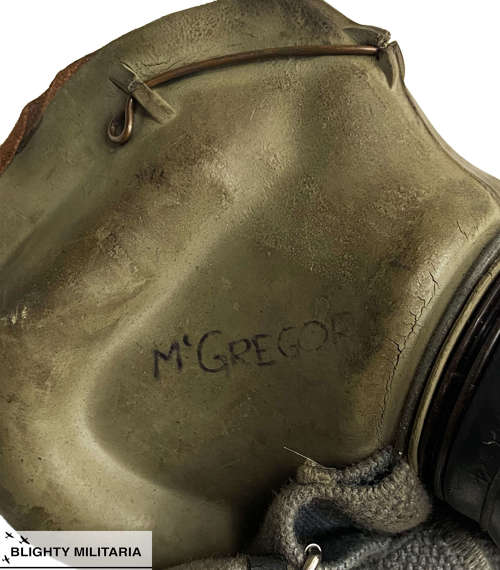 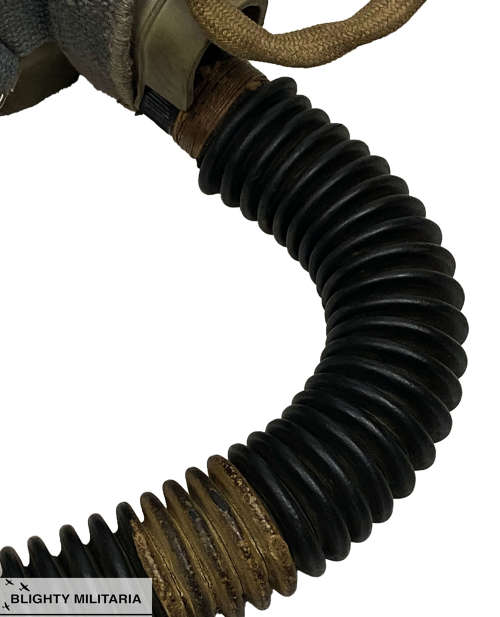 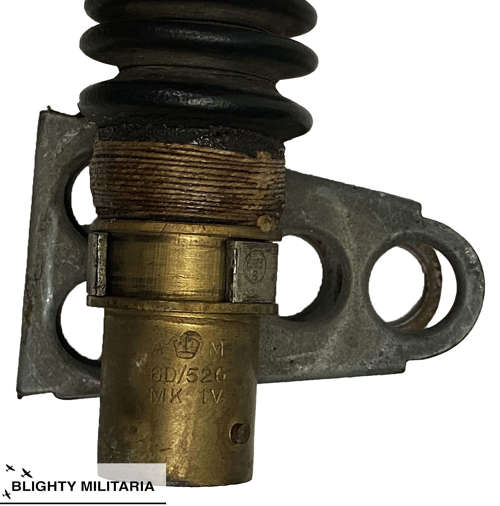 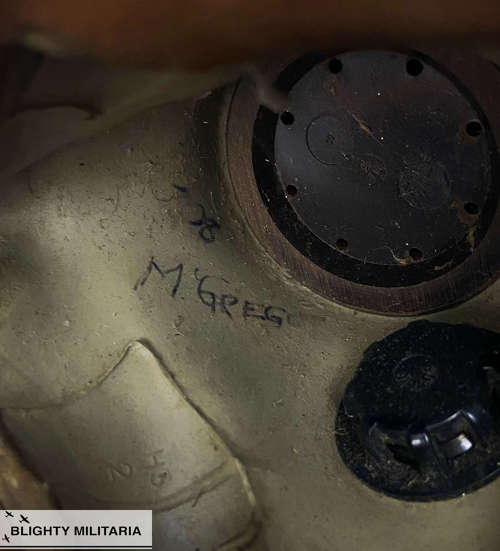 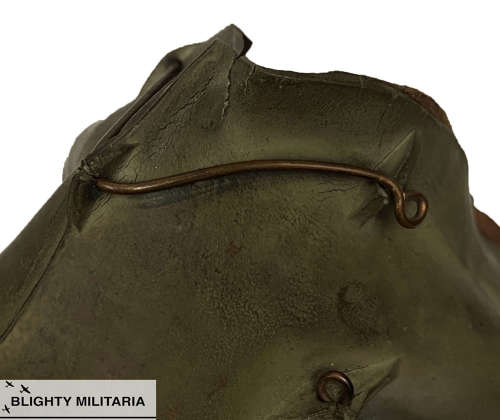 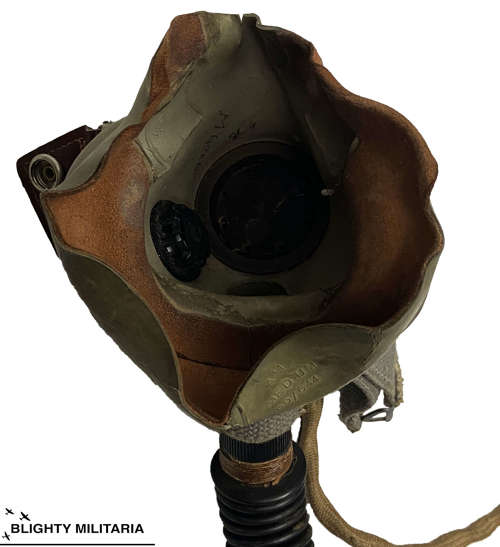 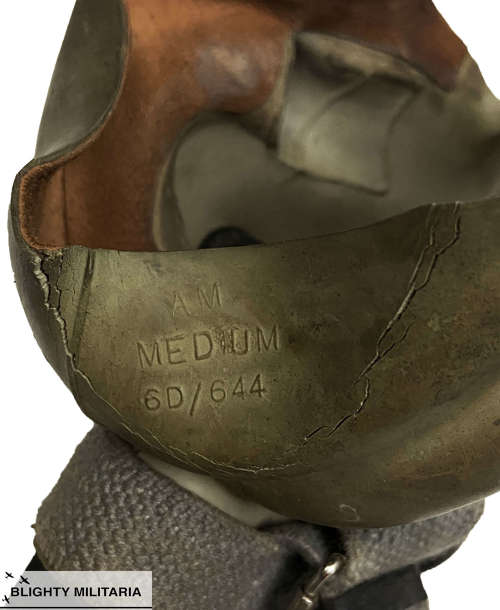 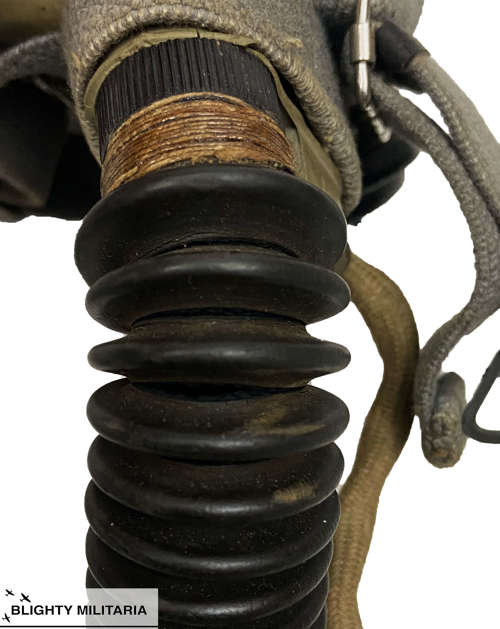 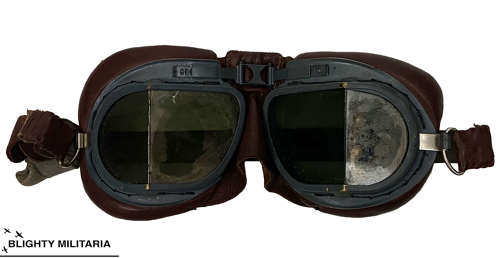 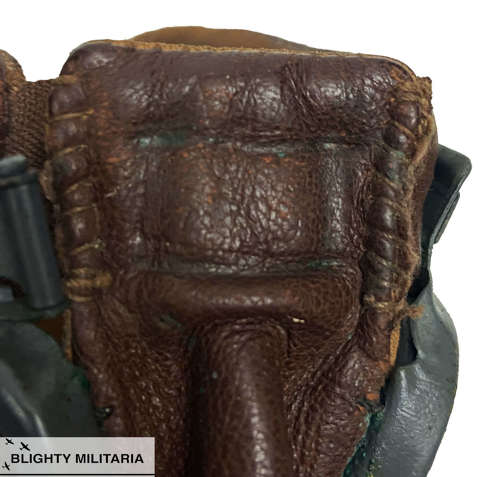 John Farquhar McGregor 1823708 enlisted in the RAF in Edinburgh in late 1943 and was selected for aircrew training. He trained as a wireless operator and became a signaller who served on Lancasters flying from the UK with Bomber Command. He was awarded the France and Germany Star which means he flew in raids over occupied Europe although I have not been able to identify with which squadron. By March 1945 he was with 1654 Heavy Conversion Unit based at RAF Wigsley in Nottinghamshire where on the night of the 3rd of March he was shot down by a JU88 and bailed out over Lincolnshire. He became a member of the Caterpillar club and details of the attack can be found in the RAF records along with some other similar attacks on the same squadron that night.

This set was reputedly worn on the night he was shot down along with a number of his other items offered separately on my website. The set features a C Type flying helmet which is in good condition. This pattern of helmet is sometimes referred to as the 'Second Pattern' C Type or, possibly more accurately, the first pattern internally wired C Type. It was introduced in March 1944 replacing the earlier externally wired version and saw use throughout the rest of the conflict. The rear of the helmet features three straps which confirms this as a wartime helmet - The 5 strap version replaced this before the end of the war. The helmet is fitted with Type 32 receivers which bear the RAF stores code of 10A/13466. These are fitted to a Type 2091 wiring loom which features a dark coloured braided cover with  purple fleck. The original stores reference label is still present and bears the code of 10H/4887. The loom is fitted with a bell plug which has added protection around the base which is a nice period detail. Inside the helmet shows signs of service wear but is in good condition. The original owner has marked his name and number in ink which is illustrated in picture 13.

The G Type oxygen mask again features the owner's name to both the exterior and interior which interestingly has the owners name incorrectly spelled on the outside. The mask is fitted with the correct Type 48 microphone and blue-grey elastic harness. The brass wire nose clip is present although the nodules which house it have split, as is often the case. There is also a split over the nose and various cracking and signs of age. Overall it is a good example which is still pliable with no areas of dryness or hardening and it displays well. The underside of the mask features the Air Ministry 'AM' marking along with the size of Medium and the stores code of 6D/644.

The mask comes complete with its original oxygen hose which bears a white band to the centre - a typical wartime addition. It features the correct twine to secure it to the fittings at each end including to the brass MKVI Bayonet fitting. This features the Air Ministry AM and crown marking, the stores code of 6D/526 and the designation of MKIV. The hose is in good condition for its age and is still strong and pliable and it displays well. There is some cracking between the corrugations, as is often the case. This is notable near the top and is illustrated in picture 23.

Finally is the MK VIII which are a very good pair of genuine wartime goggles. They feature blue painted brass frames which retain the majority of their painted finish and also feature the curved edges which are often associated with wartime goggles by collectors today. The leather face cushions are good and the Air Ministry markings are present to the bridge piece, although now quite faint. The chamois material to the reverse is good with signs of service wear and the original strap is present. The original owner has shortened this by tying it into a knot.

A rare opportunity to add an attributed and complete Bomber Command flying gear set to your collection!