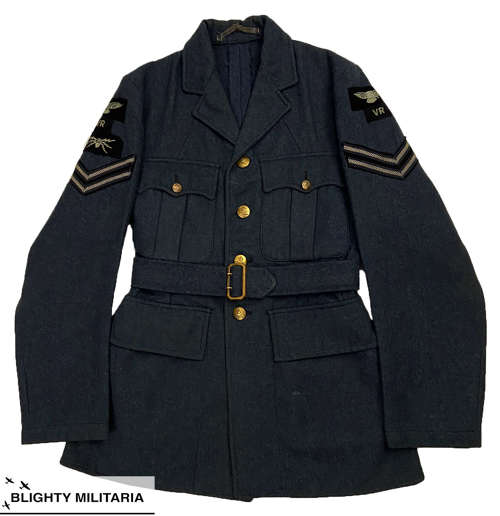 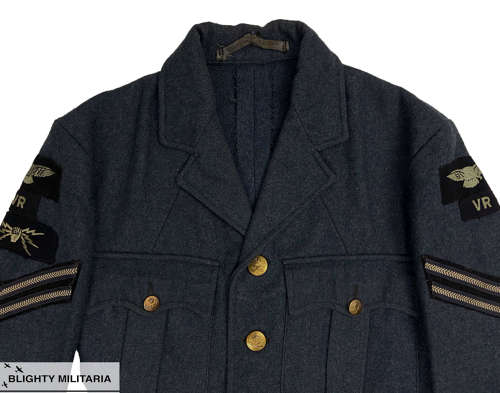 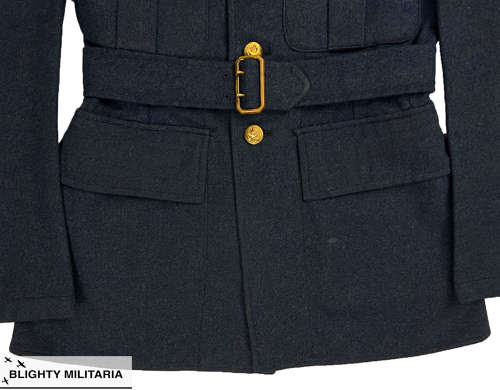 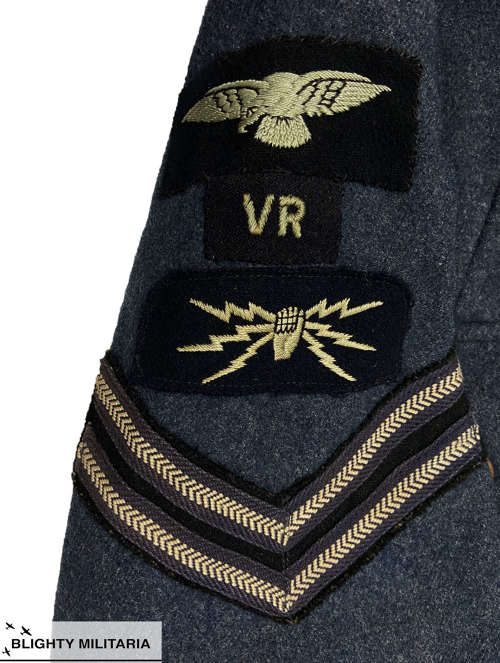 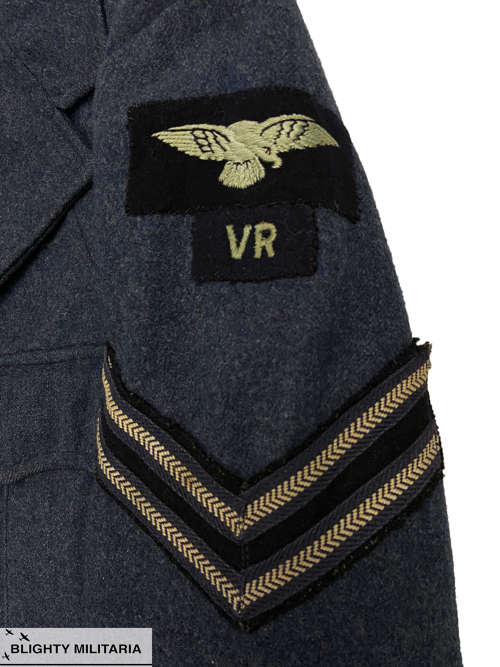 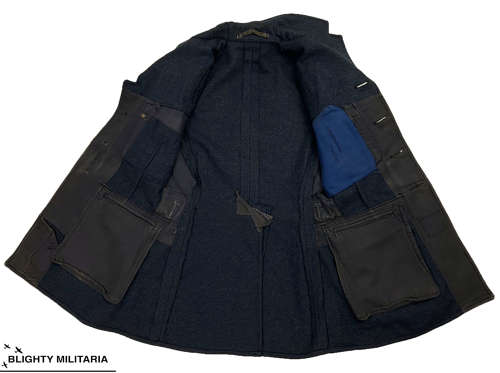 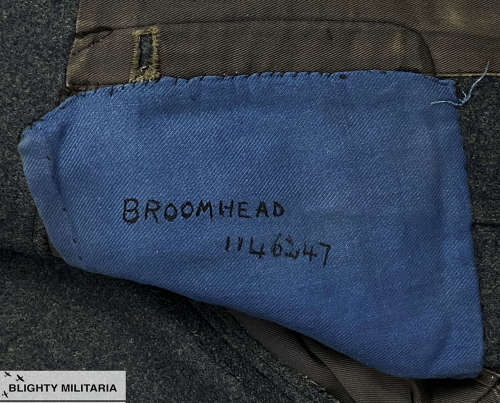 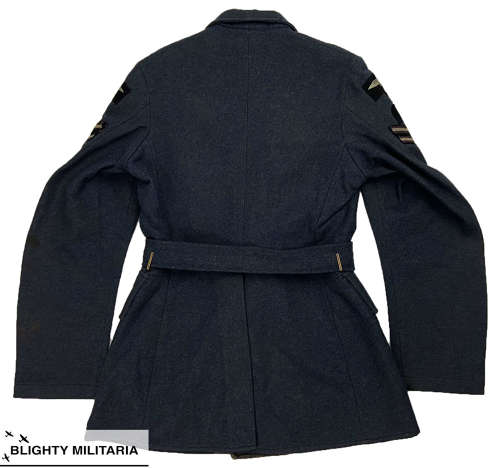 An original WW2 RAF Ordinary Airman's tunic which belonged to Thomas Wingfield Broomhead who served during the Second World War.

1146247 Broomhead enlisted in the RAF Volunteer Reserve scheme sometime between September 1939 and February 1940 meaning he would have served during the Battle of Britain. He was trained as a wireless operator and was promoted to Corporal.

The tunic is a nice wartime example which is made from the standard RAF blue-grey serge wool material. It is fitted with a full set of brass King's crown RAF buttons and comes complete with its matching original waist belt and brass buckle. The sleeves are fitted with insignia which are all of the early war pattern which may suggest that the jacket was worn in the early war period. The eagle badges at the top of each sleeve or the early fully embroidered type and Volunteer Reserve 'VR' badges are found below this.  The right sleeve has an early war pattern embroidered wireless operators badge and both sleeves feature corporal stripes.

Inside the jacket the original label is no longer present but the owner has added their name in ink twice. He has also added an interior pocket which, interestingly, is made from Canadian coloured cotton drill. This is noticeably a more blue colour than the British made material.

The jacket is in good condition for its age with some signs of wear and use etc. It displays well with no serious flaws or issues but please take time to study the pictures and bear in mind that it is a vintage, pre-owned item which may have small issues commensurate with age.