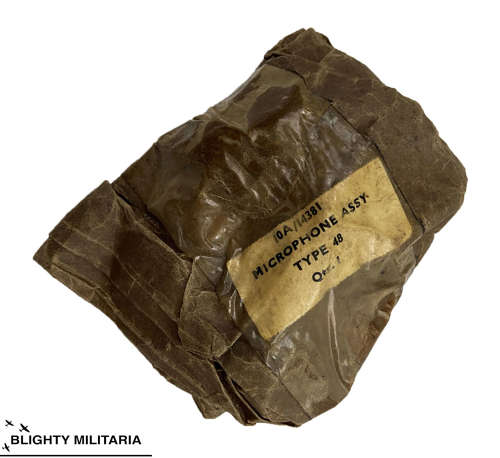 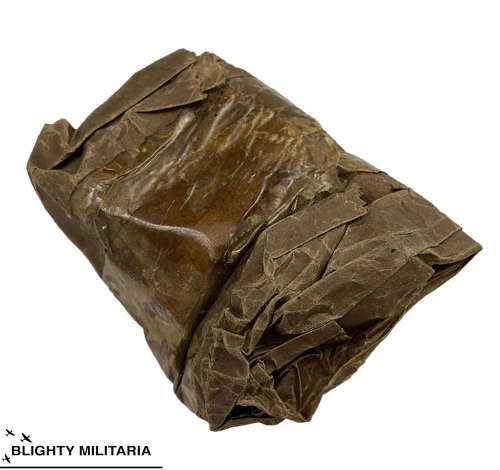 An original RAF Type 48 Microphone Assembly complete in its original packaging and in fantastic unissued condition.

This pattern of microphone was fitted to the E, E* and G Type oxygen mask during WW2. It features the reference number of 10A/12570 to the front and an on / off switch. It is wired with a wartime pattern khaki coloured cloth covered lead which features a two pin connector which fits the C, D and E Type helmets.

The microphone comes complete in its original cosmoline wrapping which is a type of waxed paper regularly used by the British military for packaging. It features a paper label to the top which reads '10A/14381 Microphone Assy Type 48 Qty 1'.

The item has not been opened but is externally in good condition and the microphone should be as new if the package is opened.

A nice original wartime example which would be very hard to upgrade!

Heer Other Ranks Belt and Buckle