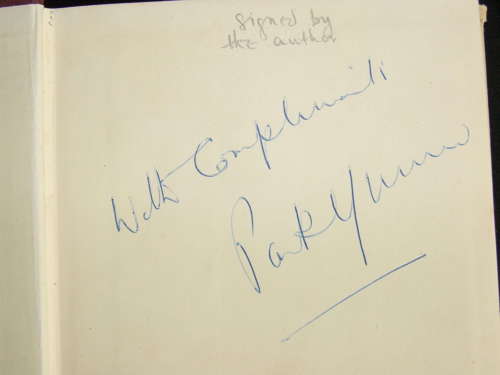 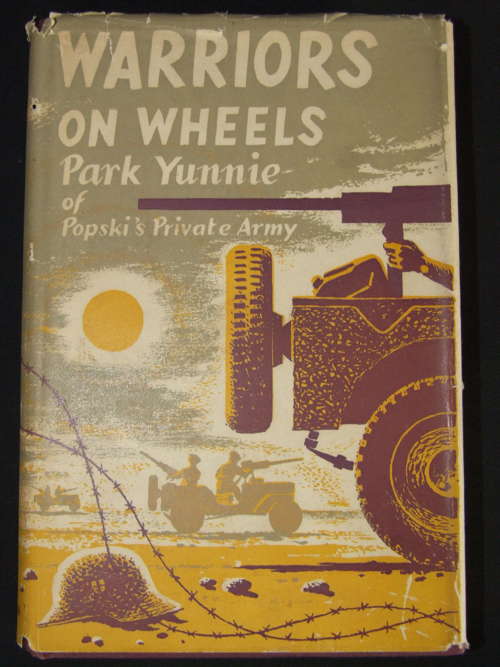 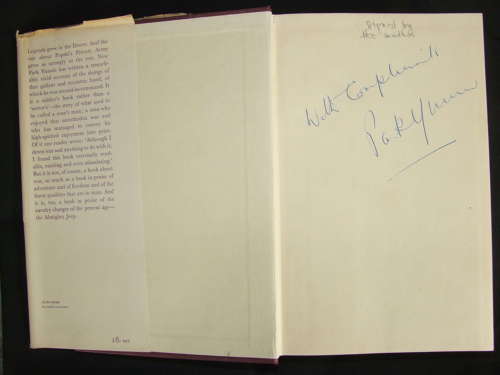 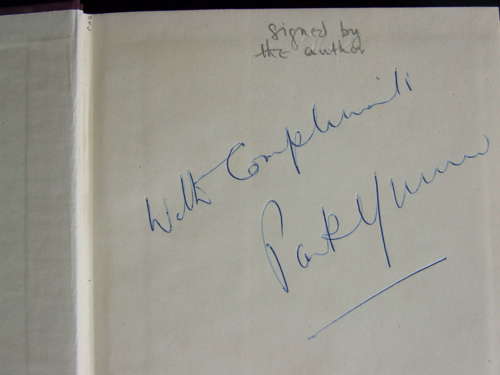 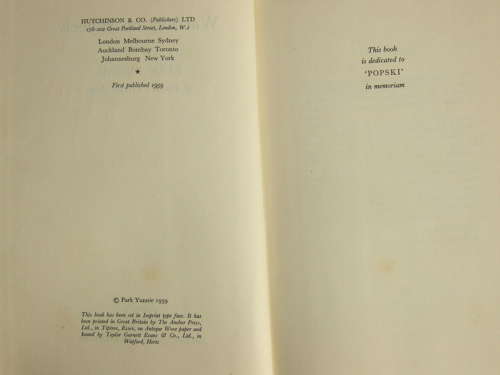 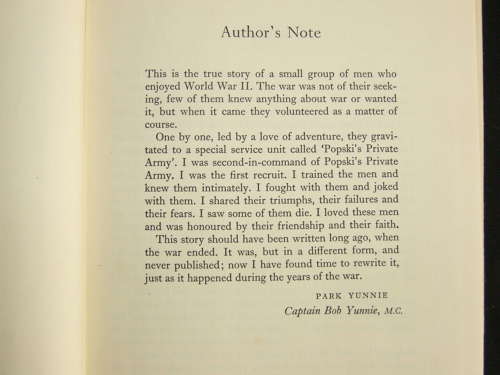 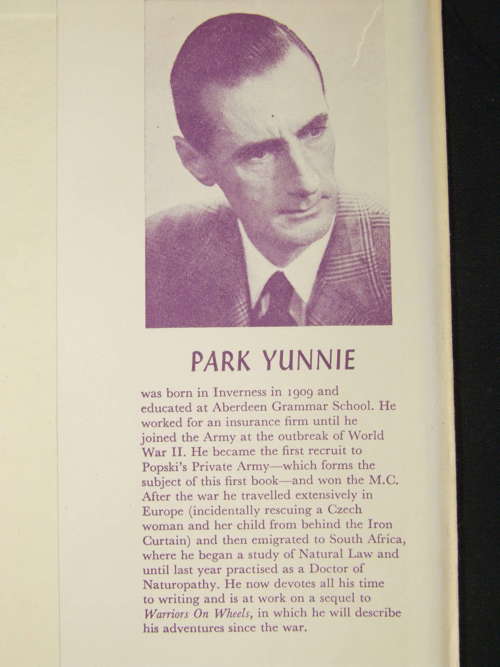 A 1959 First Edition of “Warriors on Wheels” Signed by the author, Park Yunnie.

Complete with dust jacket the book is in very good readable condition.

Captain Robert Park Yunnie MC (1909-1961) was one of the original officers of “Popski’s Private Army” (officially No. 1 Demolition Squadron, PPA), a unit of British Special Forces set up on Cairo in October 1942 by Major Vladimir Peniakoff, MC (“Popski”). Capt. Yunnie was Popski’s second in command and leader of “B” patrol.

“This is the true story of a small group of men who enjoyed World War II. The war was not of their seeking, few of them knew anything about war or wanted it, but when it came they volunteered as a matter of course.

One by one, led by a love of adventure, they gravitated to a special service unit called ‘Popski’s Private Army’. I was second-in-command of Popski’s Private Army. I was the first recruit. I trained the men and knew them intimately. I fought with them and joked with them. I shared their triumphs, their failures and their fears. I saw some of them die. I loved these men and was honoured by their friendship and their faith.

This story should have been written long ago, when the war ended. It was, but in a different form, and never published; now I have found time to rewrite it, just as it happened during the years of the war.”-Author’s Preface.