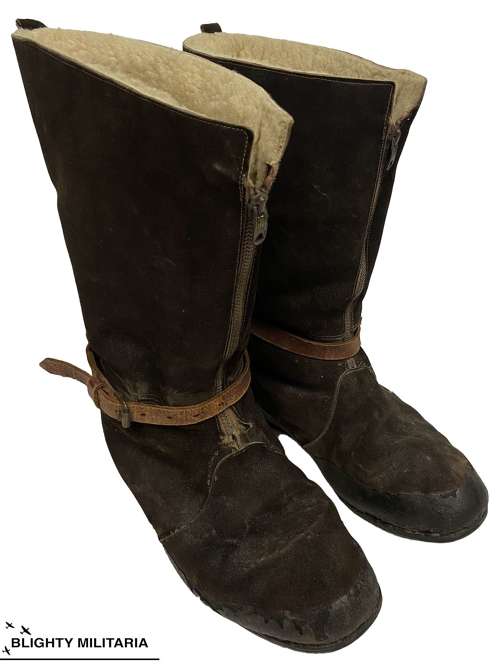 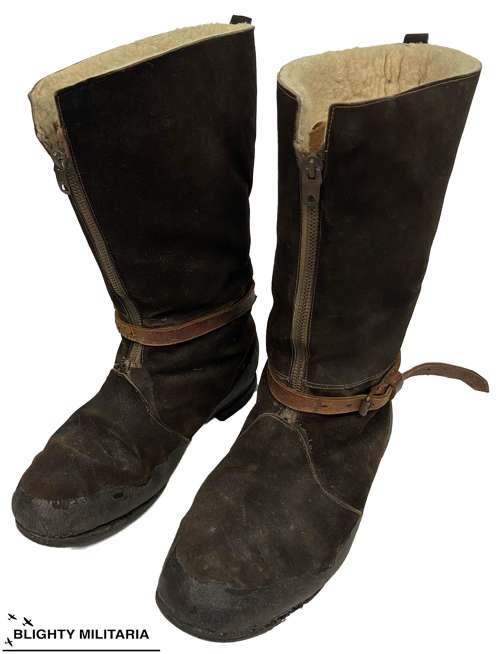 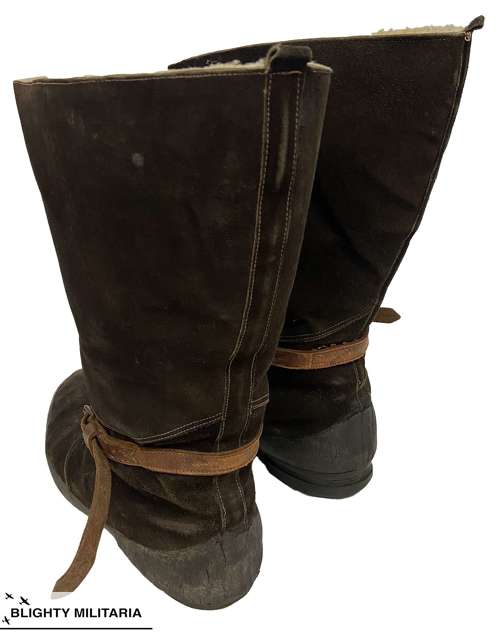 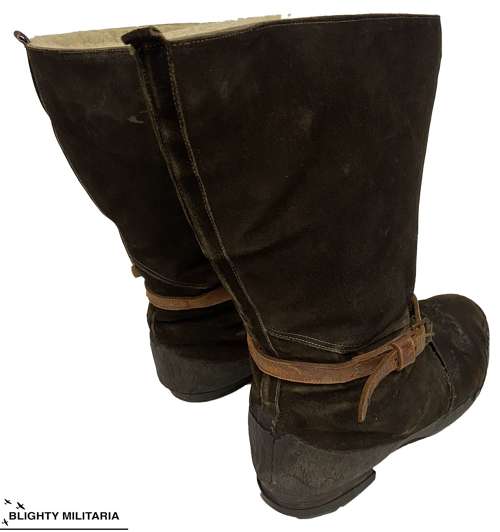 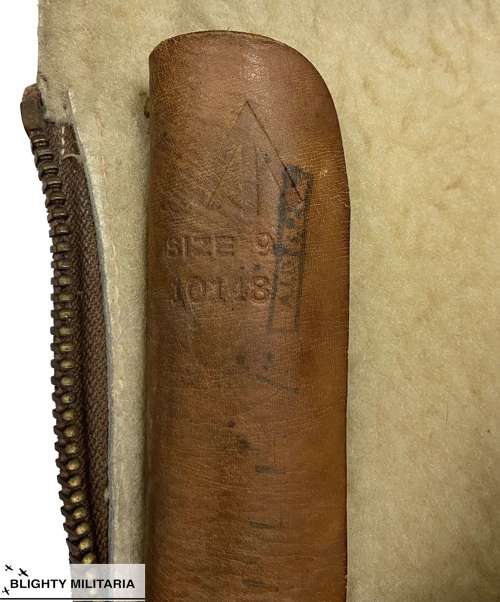 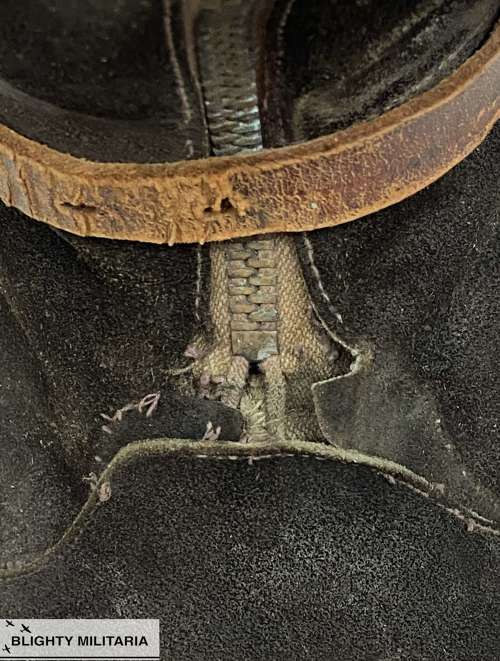 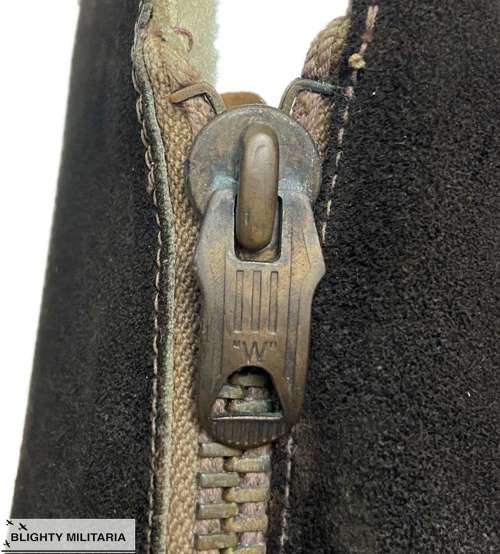 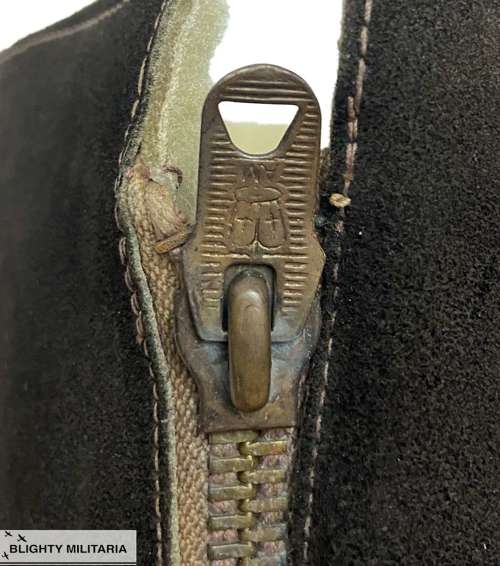 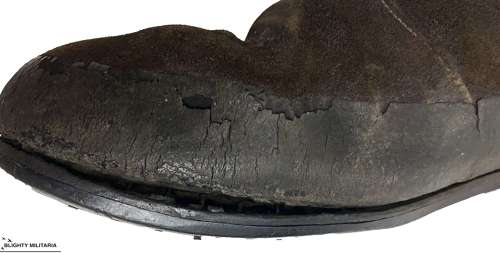 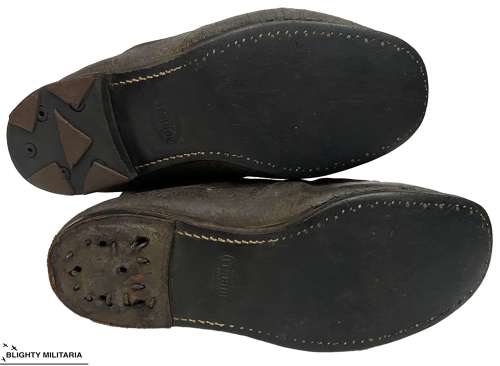 An original pair of 1941 pattern flying boots which belonged to Roger George Cobley who flew Hurricanes with No. 20 Squadron during the Second World War.

Roger joined the Territorial Army in 1938 and was a member of the Honourable Artillery company at the beginning of the war. He was posted to the North of England in late 1940 and was promoted to the rank of Lieutenant. In early 1941 he saw a poster asking for recruits to join the RAF and train as pilots so he decided to apply. He was accepted and sent on for training. He was posted to 151 O.T.U and flew Tiger Moths before his training progressed into Harvard and Hurricane types. By early 1943 he was posted to No. 20 Squadron in the Far East where he flew Hurricane MK IID's which were equipped with 40mm underwing cannons designed specifically for destroying tanks and armoured vehicles. He spent the rest of 1943 and all of 1944 with the squadron before being sent home in January 1945. For a period he was O/C of B flight and flew a large number of sorties.

The Imperial War Museum has a one and a half hour long intervew with Roger which can be heard here - https://www.iwm.org.uk/collections/item/object/80018210

This pattern of boots came into issue with the RAF during the Second World and were particularly popular with Bomber Command, earning the nickname of 'bomber boots'. The feature suede outers with a sheepskin lining throughout along with rubber soles and a rubber galosh section which bridges the soles and the boot itself. The boots are fitted with Air Ministry marked zips which function as they should and the leather ankle straps are still present. The soles are the original 'Itshide' examples and one of the heels has had period protectors added to it.

The boots are in poor condition which is reflected in the price. They could potentially be restored or could be displayed as they are. The stitching which runs around the vamp has come away on both boots as detailed in picture 6. The rubber galosh is mostly intact with some areas missing and some hardening. The soles have come partly adrift on both boots but are solid although not wearable (picture 9).

Whilst in poor condition, these are an original pair of boots which have some history and could fill a gap in a collection!