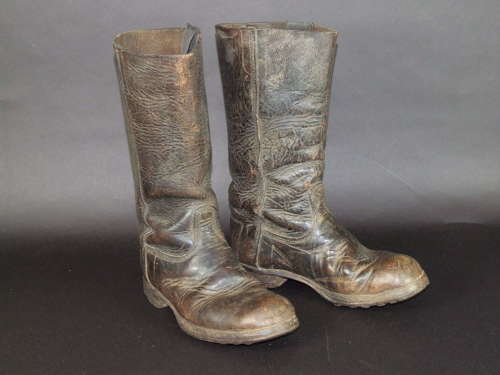 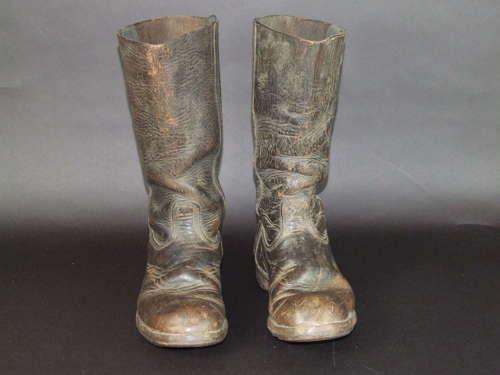 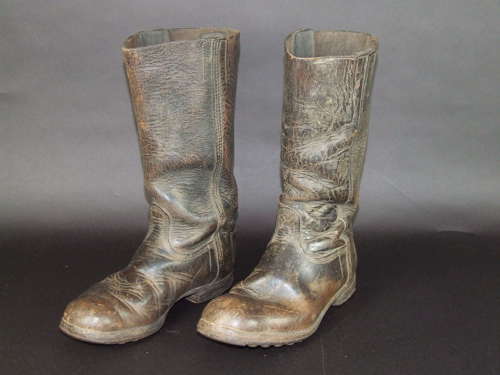 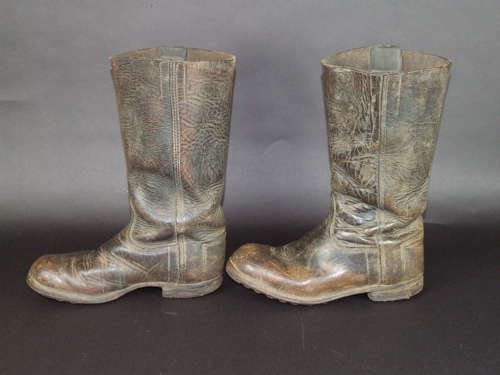 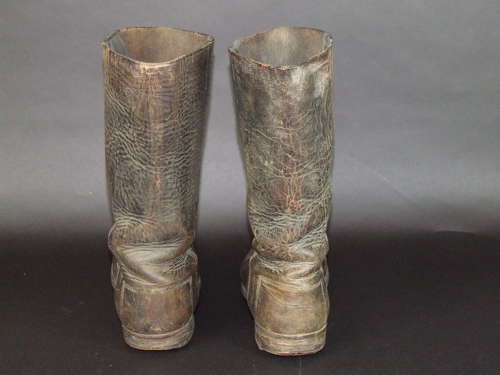 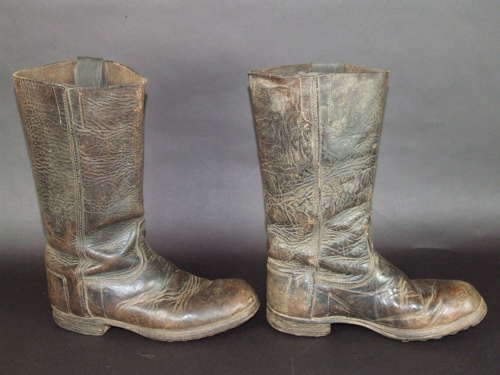 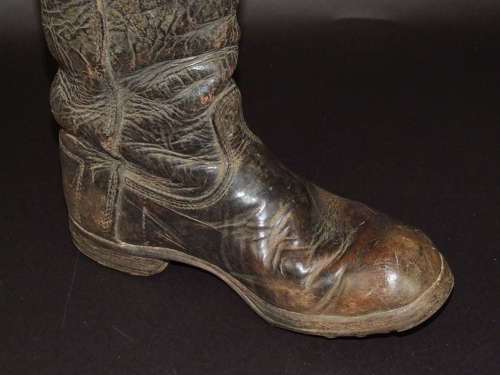 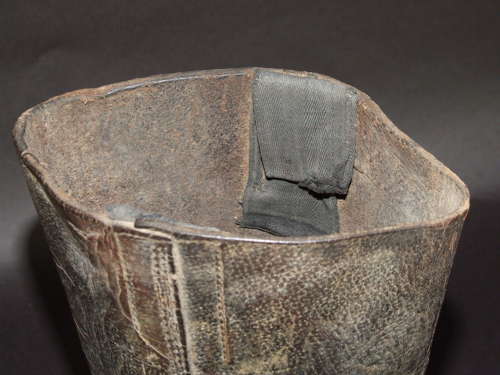 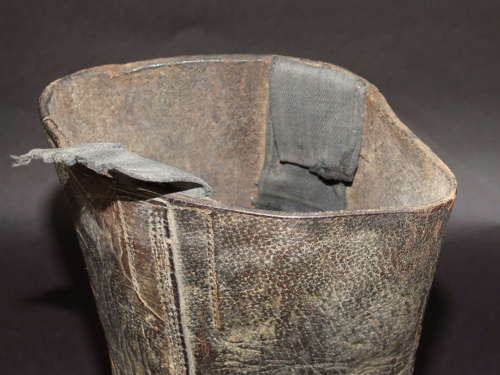 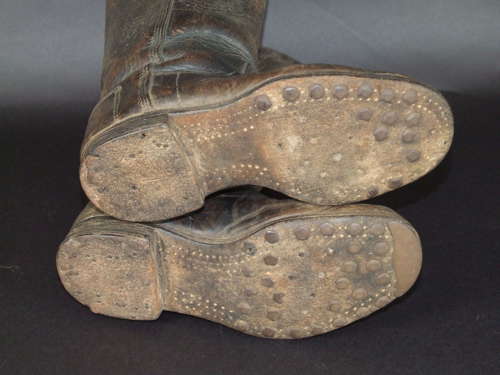 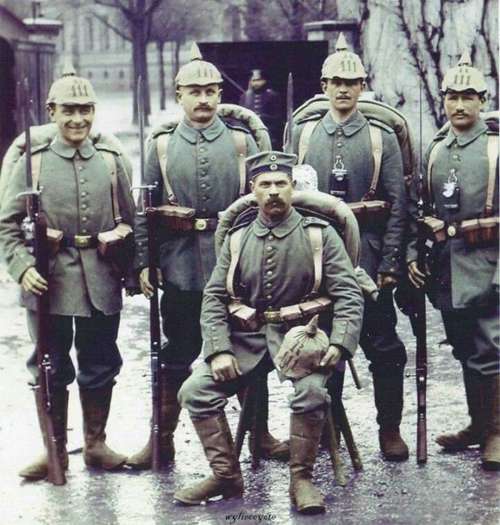 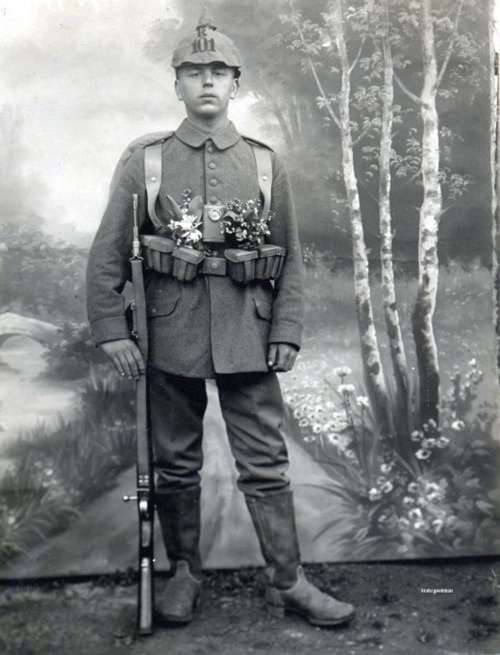 From 1916 onwards Boots were blackened in the German Army it is therefore difficult to find them in this original state. This is especially so given the fact that decent WW1 Jack Boots are hard to find in any event since they were more often than not worn to destruction in the post war depression years.

As is most commonly the case with WW1 Jack Boots these are unmarked, they do however have the classic WW1 side-seam configuration which changed to a back seam immediately after the war.

These particular boots appear to date from the 1915 to 1916 period as the rough side of the leather is to the inside, this being a feature introduced in 1915.

The soles themselves are rather nice as they still bear the again rarely found original hobnail studding, this being a feature that is often replaced.

The heels, which appear original to the Boots, do not have a horseshoe but instead simple steel nails, this simplification sometimes applied during the war for reasons of necessity.

The leather to the body is undamaged and the Boots are in very good condition overall, very sturdy but still pliable with no cracking and all stitching strong.