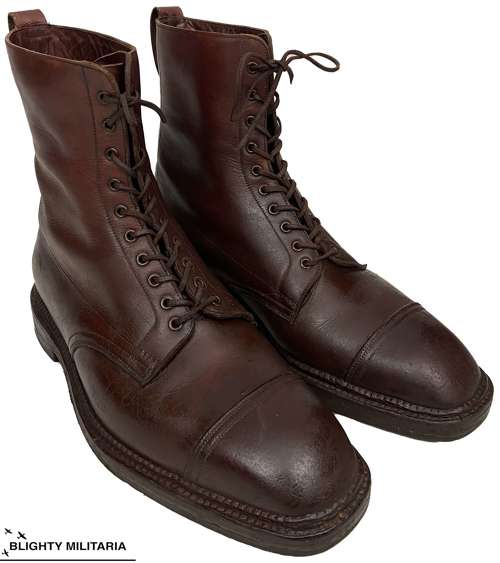 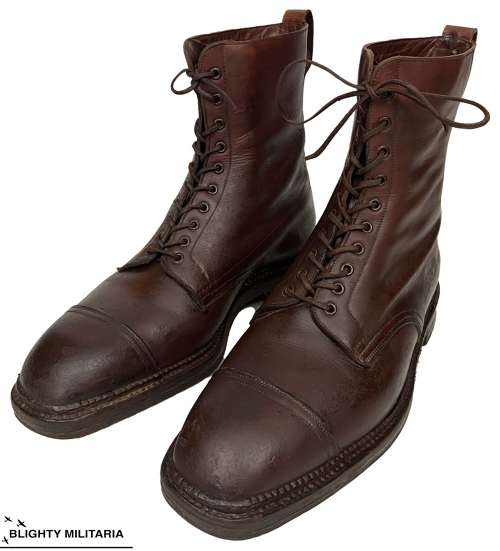 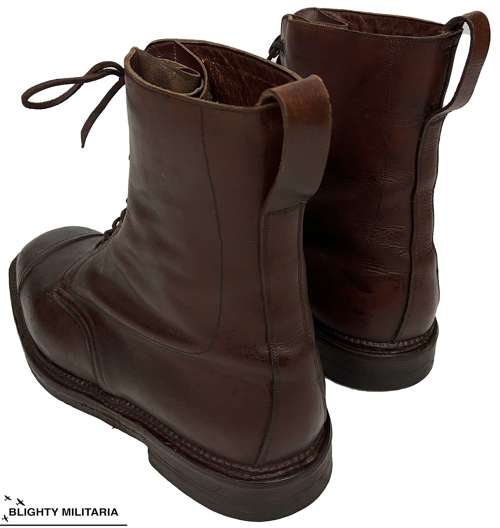 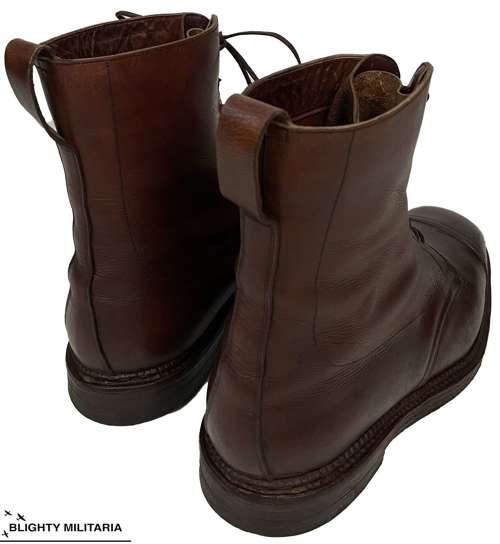 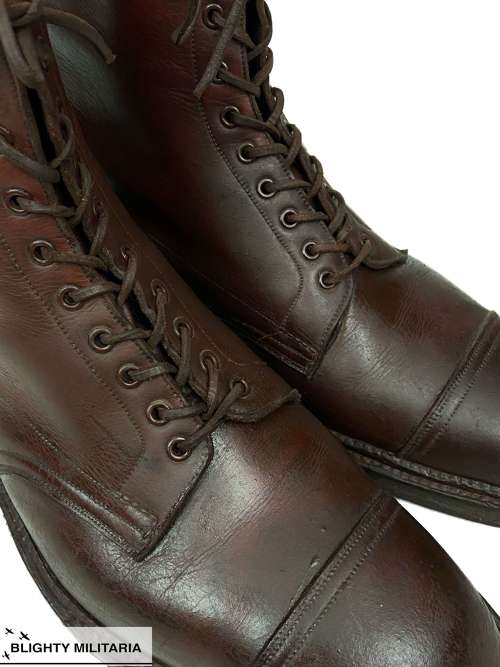 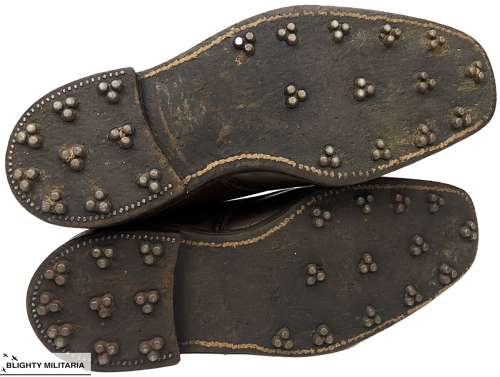 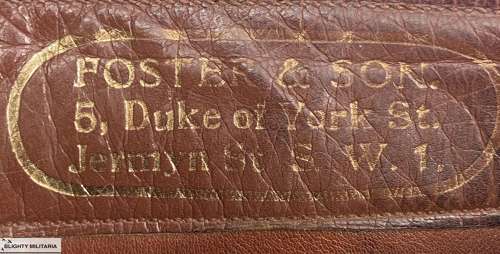 An original pair of British British brown leather ankle boots made by 'Foster & Son' during the 1940s.

These boots are typical of those worn by British Army officers throughout WW2 as well as by civilians. They are made from a brown coloured leather and feature a stitched toe cap. Ten brown painted metal eyelets are fitted to the boots, through which are fitted leather laces which appear to be original to the boots. Pull tabs are fitted to the top of each boot and studs have been fitted to the soles which would suggest they were intended for field work.

The boots feature a full leather lining which is testament to the high quality of these boots. The original maker's marking is present to the interior and bears the maker's name along with the address. There is no size marked inside but they will suit a size 10 foot and measure 12 3/8" long and the soles measure at 4 5/8" at their widest point.

The boots are in excellent condition and display very well as can be seen in the pictures. The leather uppers have a nice soft, supple feel to them and appear to be strong and wearable. The soles show limited signs of wear but appear to be sound.