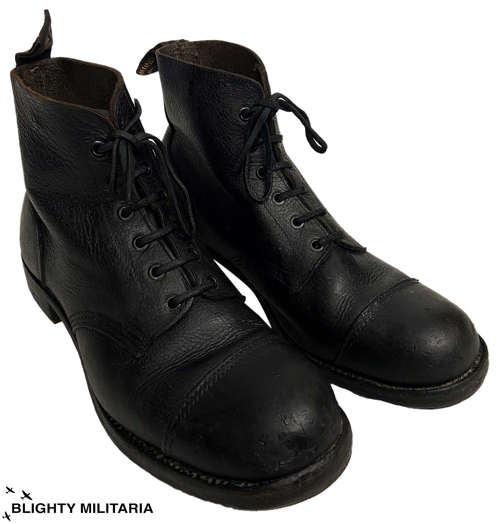 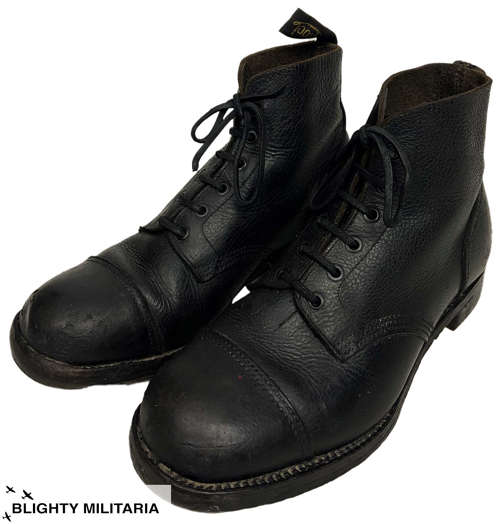 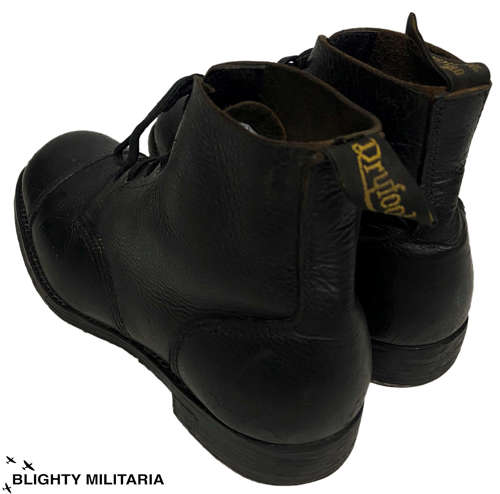 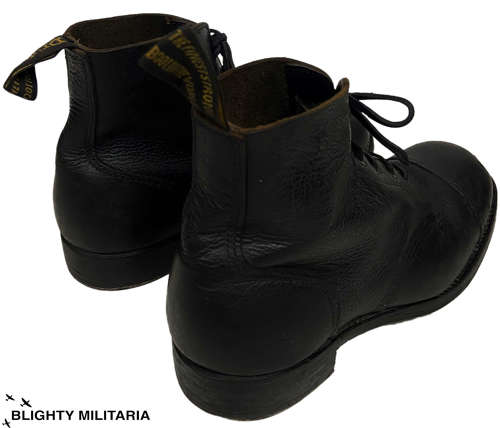 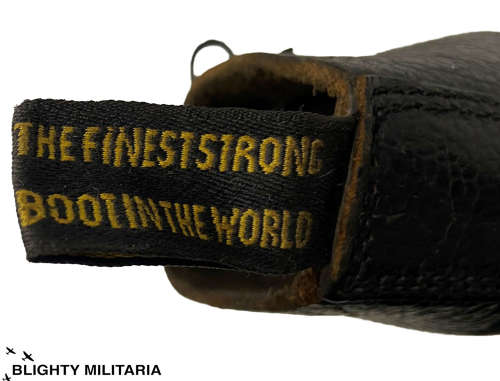 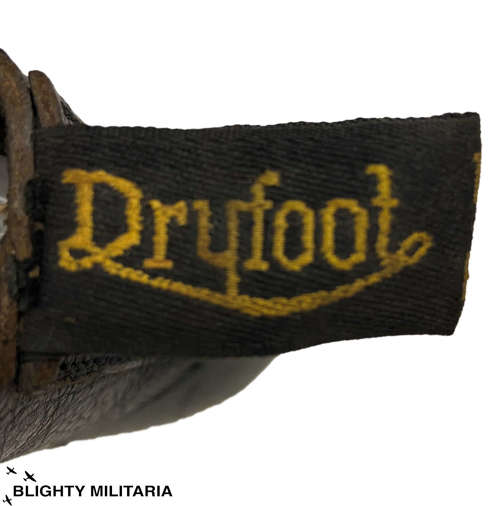 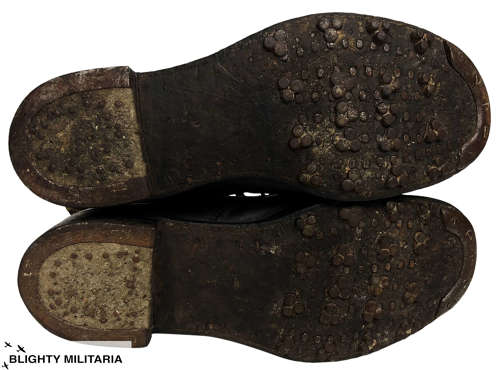 An original pair of British made leather ankle boots made by 'Dryfoot' and in a size 8.

These boots came as part of an RAF Ordinary Airman's uniform grouping which dated from the very early 1950s. These boots appear to be a private purchase as they feature a civilian label and no military markings.

The boots follow the same design as was used for the British Army ammunition boot. They are made from a black coloured leather which has a pebbled finish and feature six eyelets. They are fitted with the correct pattern of leather laces and feature a stitched toe cap. To the rear of each boot is a pull tab which features the brand name of 'Dryfoot' to one side and the tagline 'The finest strong boot in the world' to the other.

The soles are leather, as are the heels. The soles feature a metal toe plate and have been fitted with 'clover leaf' style cleats. The heel features a metal horse shoe - the same as used on ammunition boots.

The boots are a size 8 and could be wearable although they have been in storage for many years. Please bear this in mind before purchasing and take time to study the pictures.

A good pair of work boots dating from the immediate post-war period.