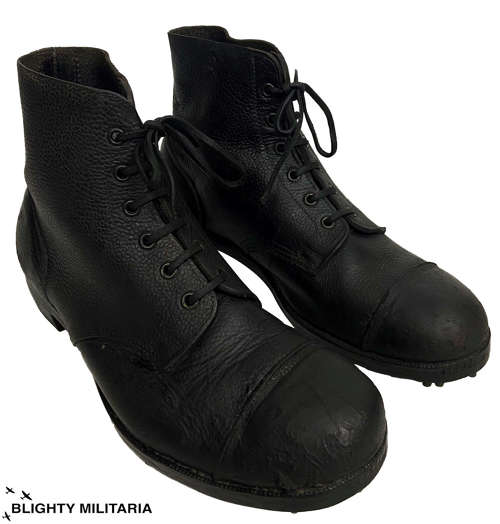 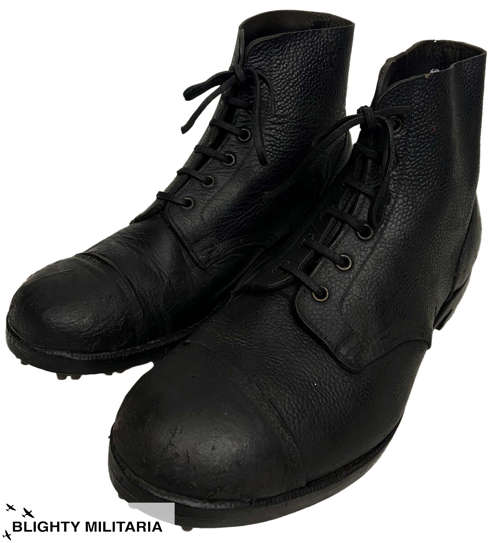 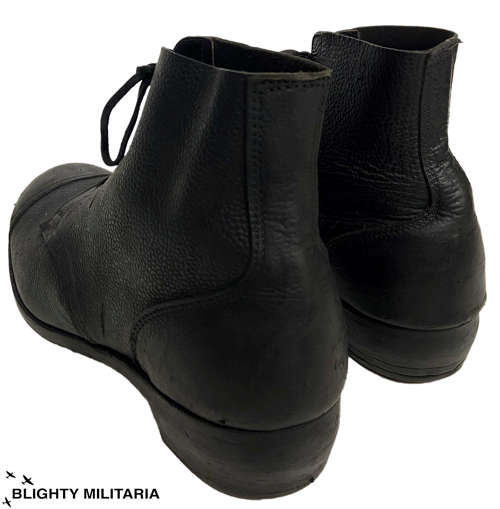 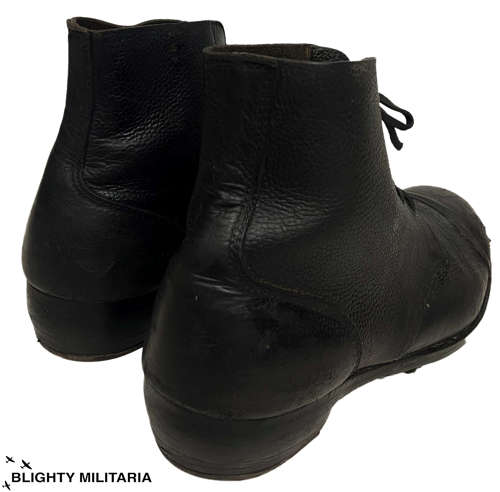 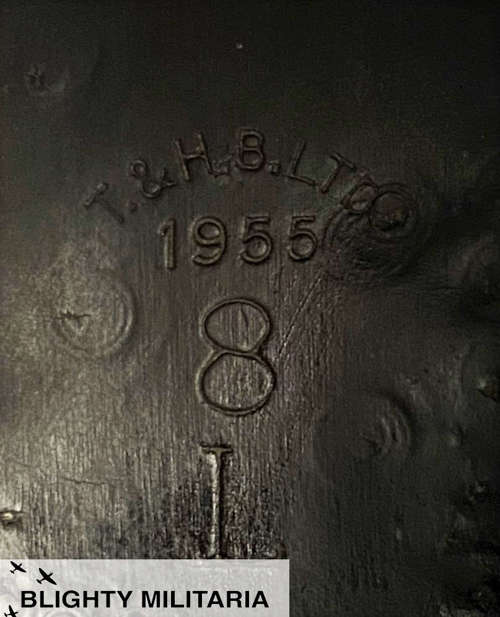 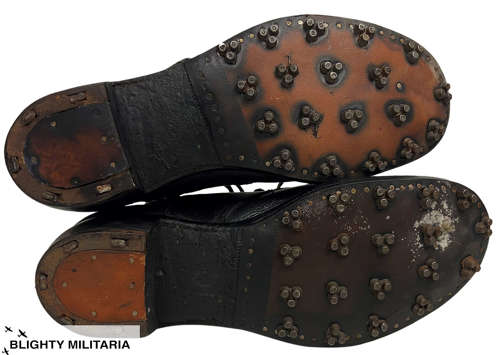 An original pair of 1955 dated British ammunition boots in a size 8L.

These boots came as part of an RAF Ordinary Airman's uniform grouping which dated from the early 1950s. The boots follow the same design as was used for the British Army ammunition boot. They are made from a black coloured leather which has a pebbled finish and feature six eyelets. They are fitted with the correct pattern of leather laces and feature a stitched toe cap.

The soles are leather, as are the heels. The soles have been fitted with 'clover leaf' style cleats and the heel features a metal horse shoe - the same as used on ammunition boots. The boots appear to have been re-soled during the 1950s but not worn.

Inside the boots the original markings are still present. The manufacturer's initials of 'T & H. B. Ltd' are present as is the size of 8L and the 1955 date.

The boots are in worn condition but display fairly well. They have been in storage for a number of years which needs to be taken into account and has been reflected in the price.

A good pair of work boots dating from the 1950s.

Original photograph of 32 Squadron at Kenley in 1924