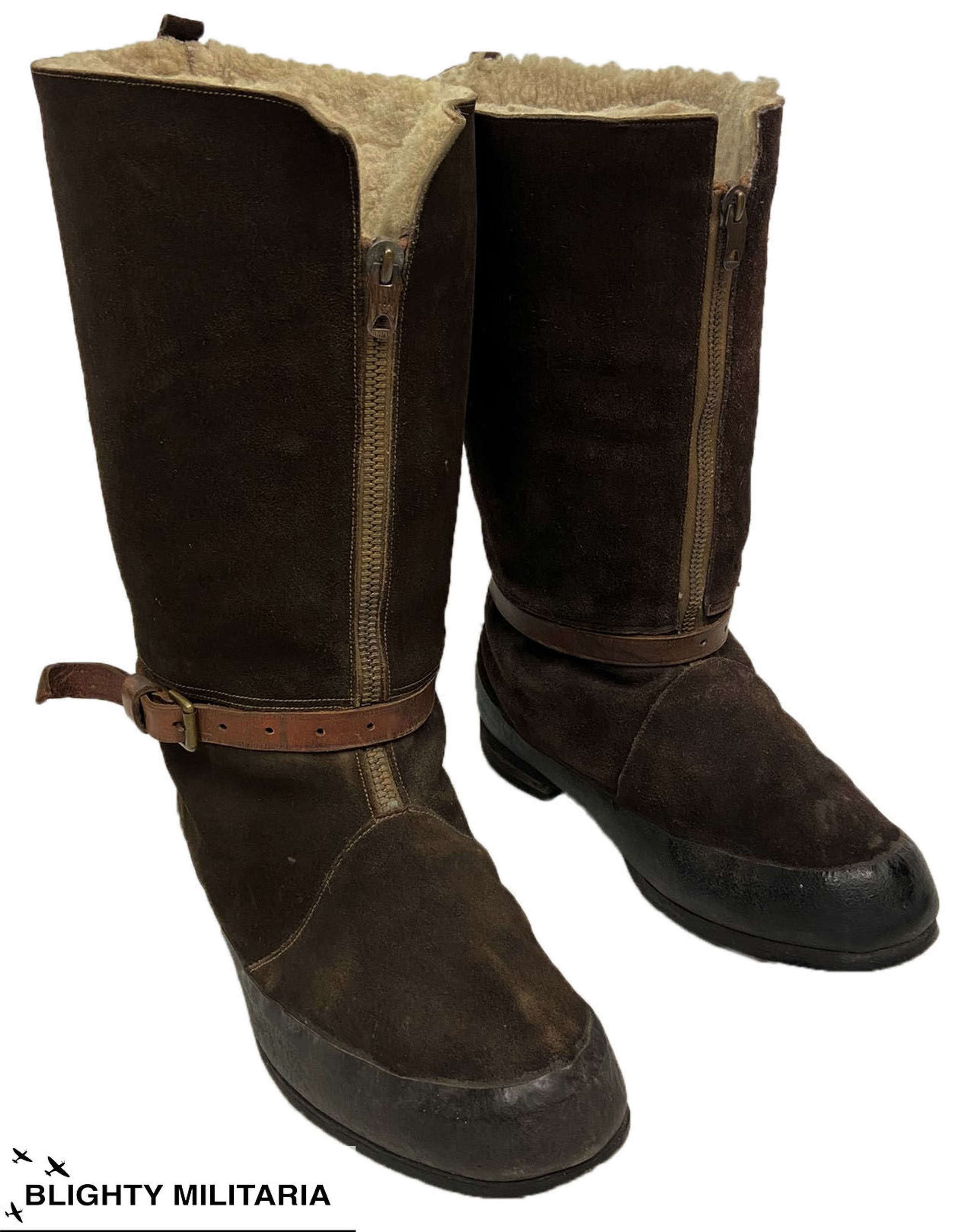 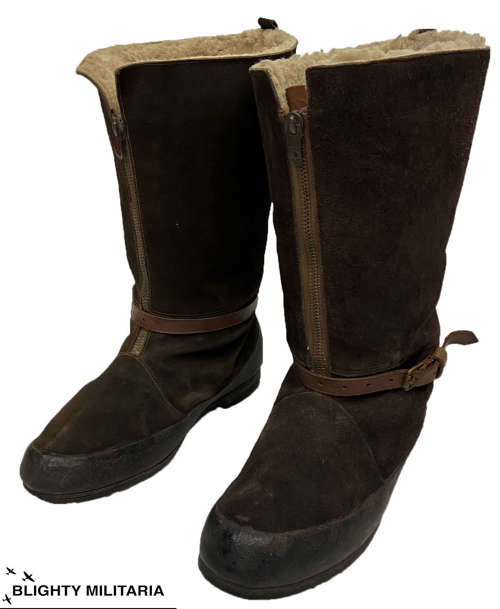 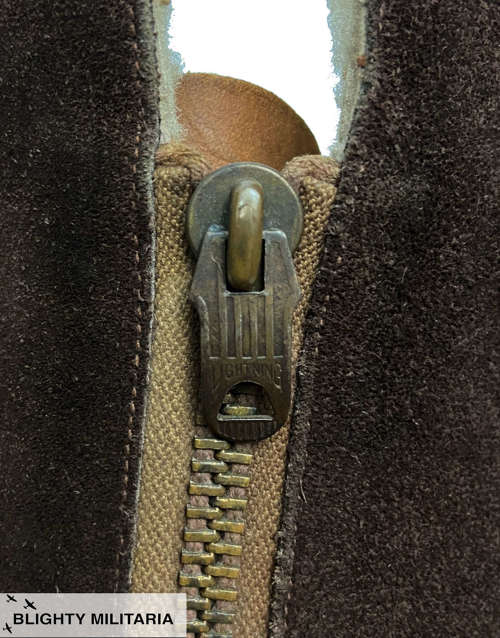 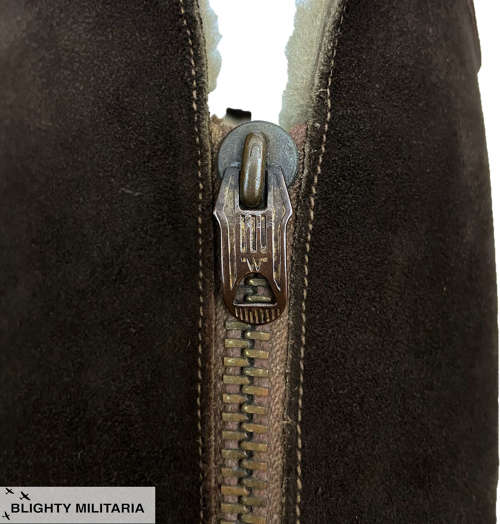 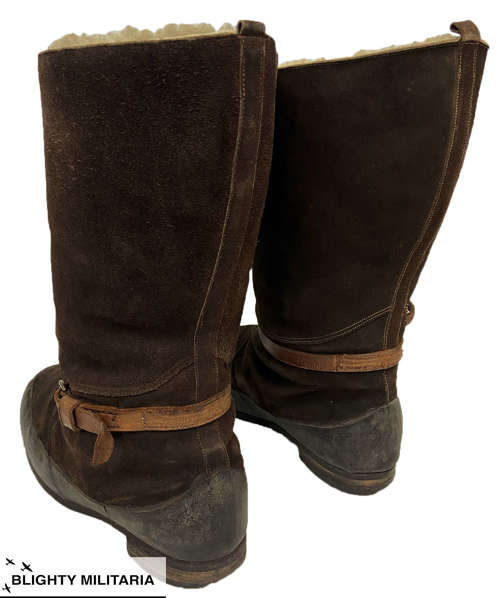 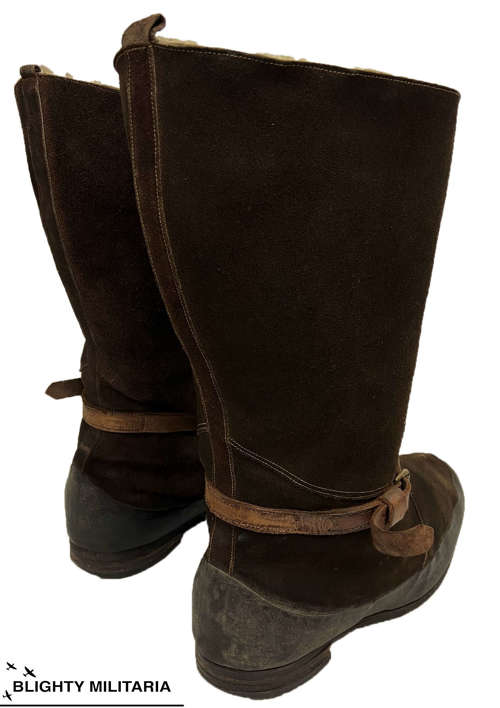 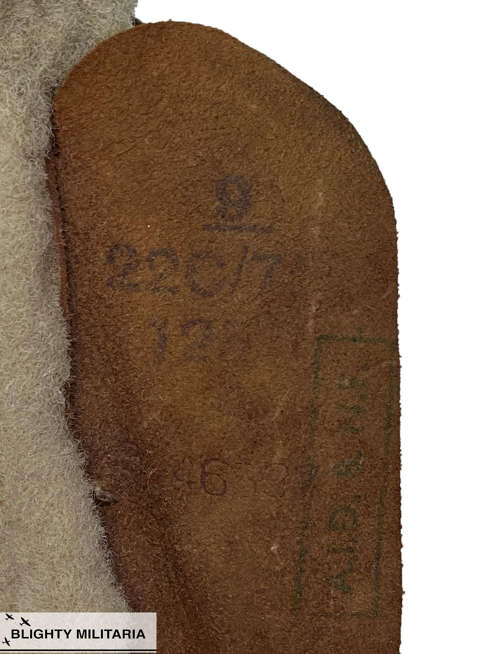 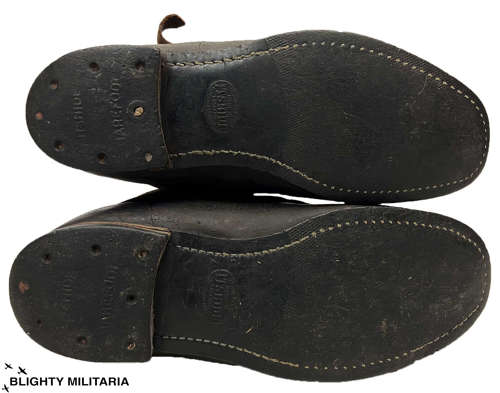 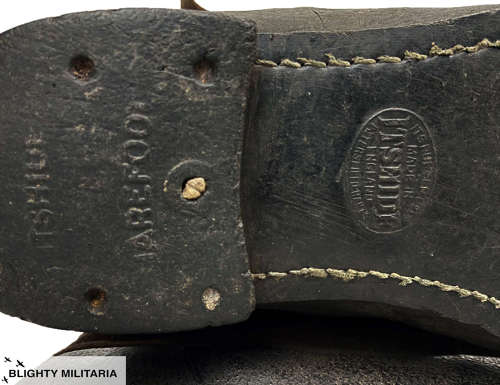 An original pair of 1941 Pattern Flying Boots in good condition and in a size 9.

These boots came into use with the Royal Air Force during the Second World War and became synonymous with Bomber Command aircrews earning them the nickname 'bomber boots'. They were in fact used by all arms of the RAF as well as the FAA making them a usable boot for a number of impressions. They also saw use with the USAAF, particularly the 8th and 9th Air forces.

The boots feature brown coloured suede uppers and a sheepskin lining. A rubber galosh section can be found above the soles and is in good condition. Both the original zippers are present and work well. Both are lightning examples; one bears the maker's name whilst the other features the letter 'W' as is often found on flying boots. A leather tongue is fitted behind the zips and features markings including the size of 9 and the 22c contract number. An A.I.D stamp is also present to one boot.

The overall condition of the boots is very good with only limited signs of wear and age. The rubber 'galosh' which runs around the sides and toe of the boots is generally very good and is soft and pliable. The suede uppers are in good condition and the sheepskin lining is mostly present. The zips function as they should. 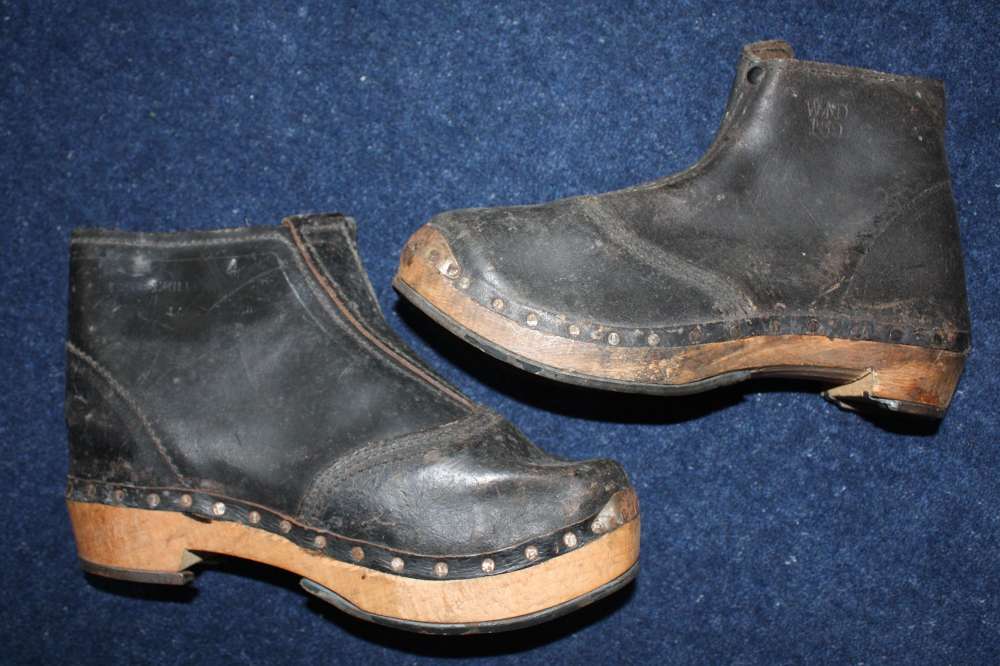 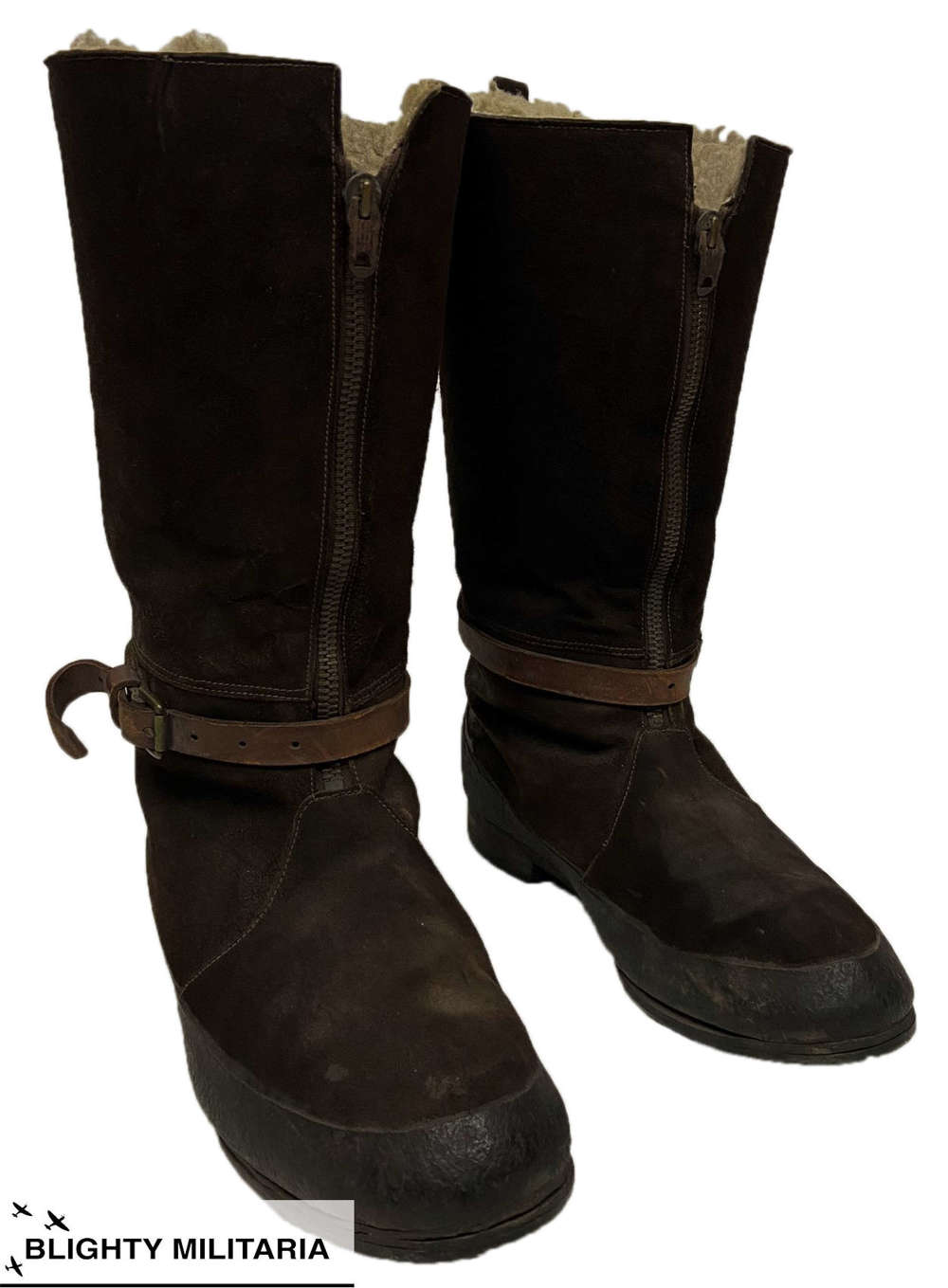 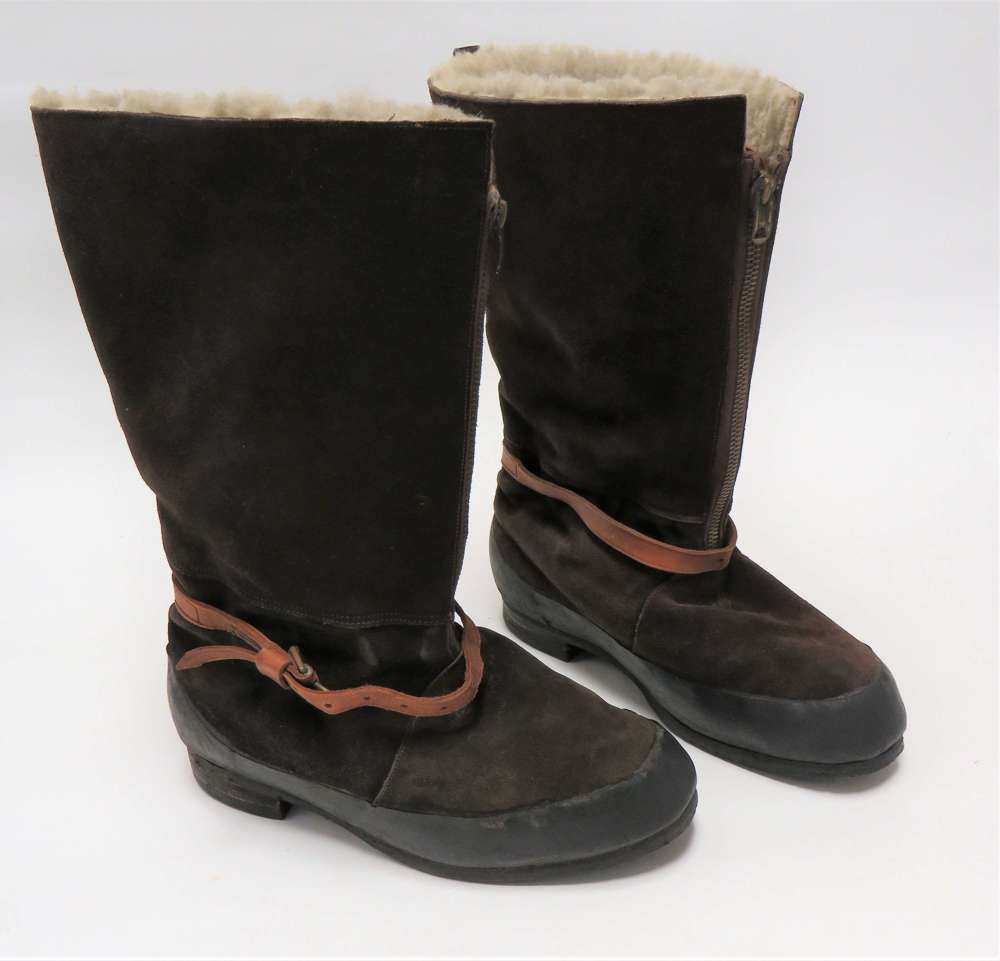 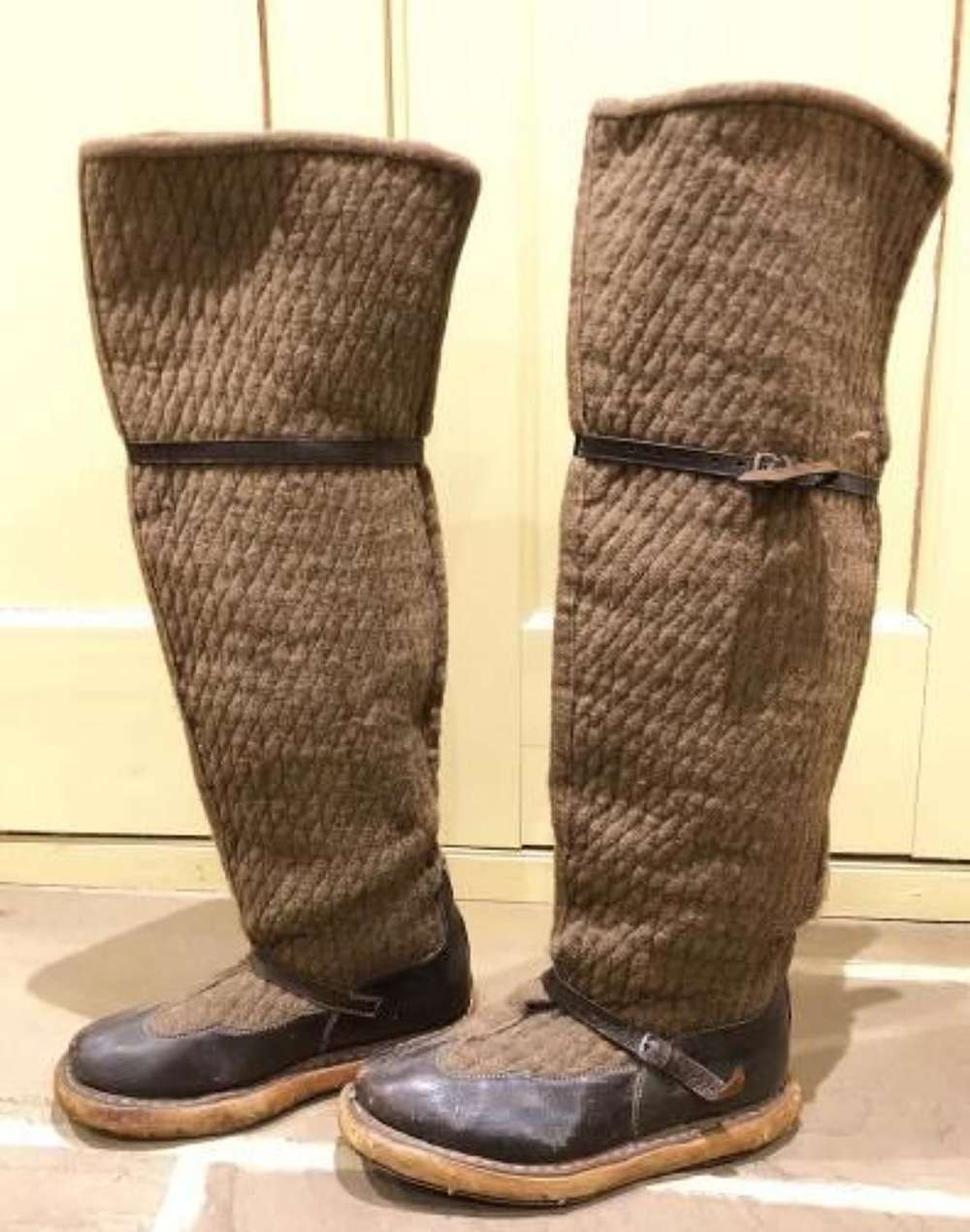