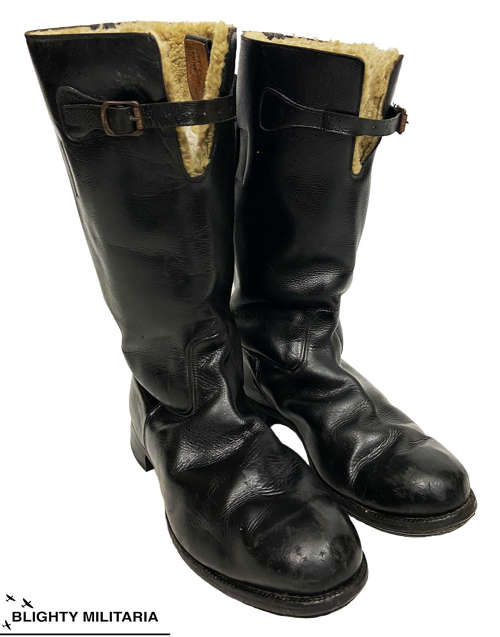 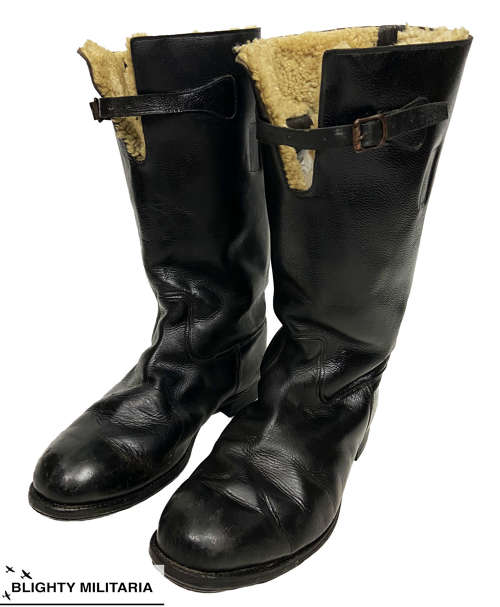 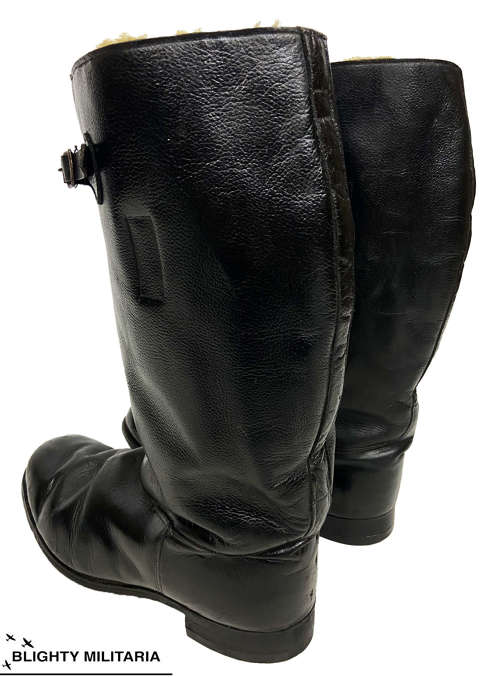 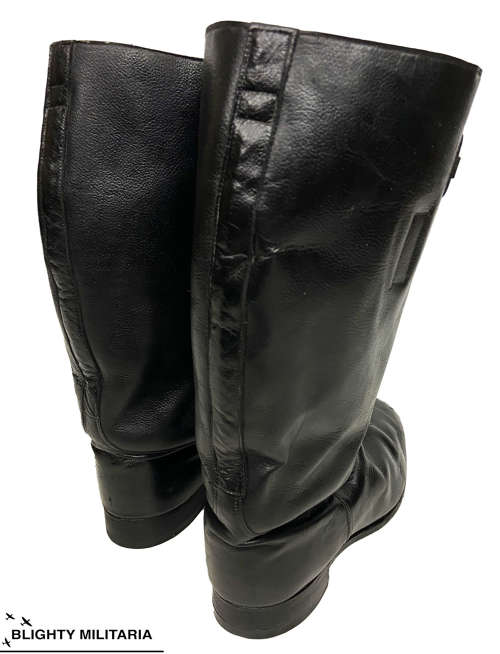 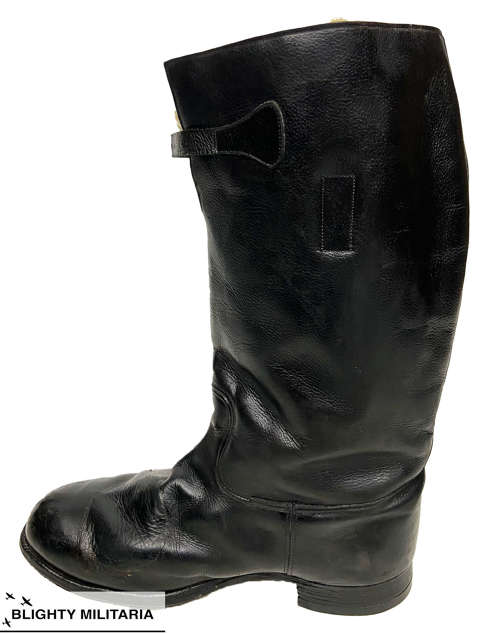 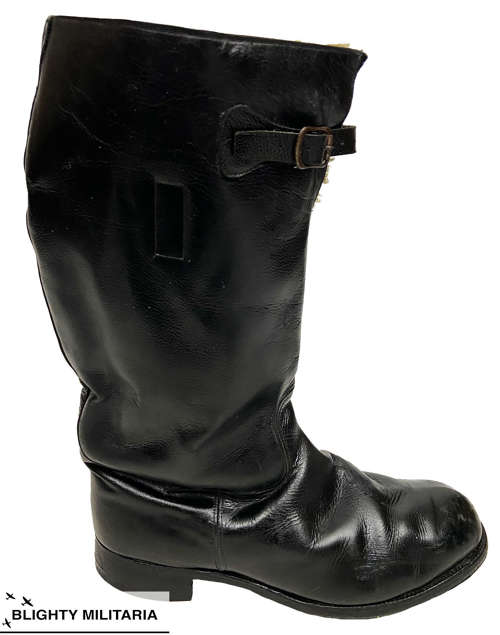 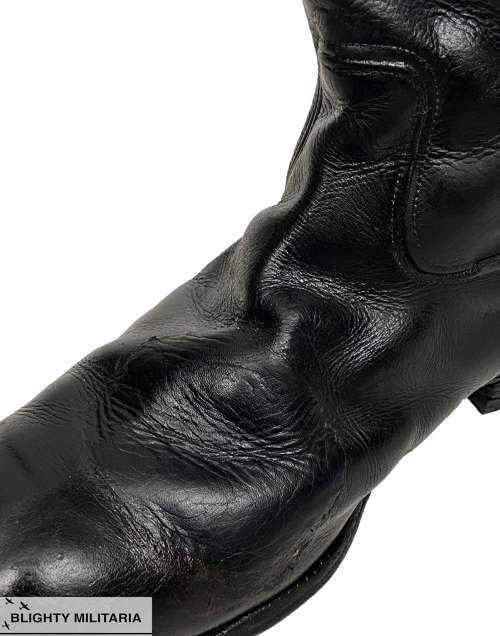 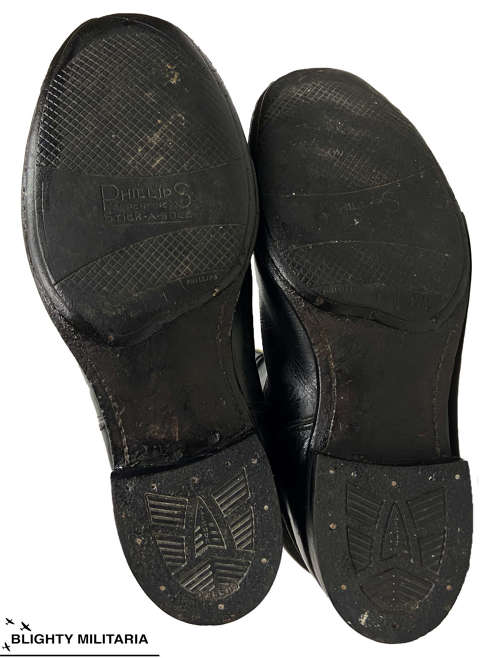 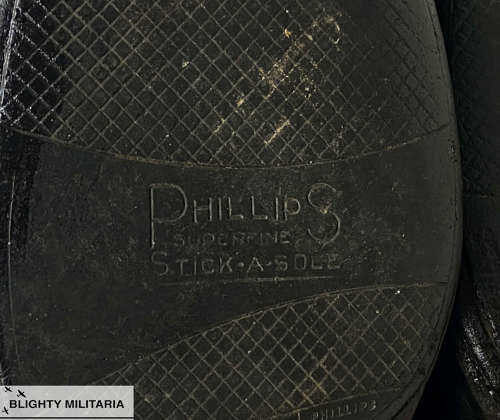 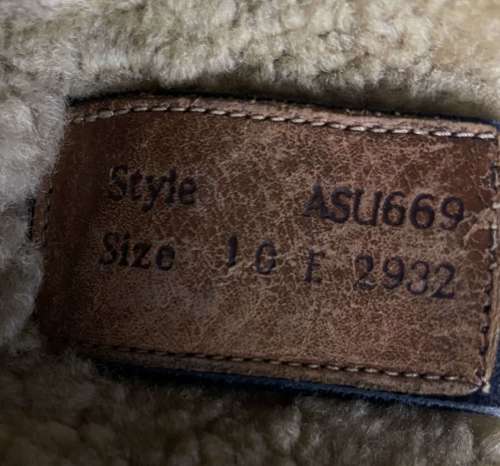 This pattern of boot was introduced before the Second World War and was the most prolific pattern of flying boot to be used during the early part of the Second World War. Many period photographs from the Battle for France and the Battle of Britain show this pattern in use and they are now synonymous with the period. They were produced for the Air Ministry as well as by private companies and could be purchased by airmen. Private purchase examples such as these are often thought to be of higher quality than their issue counterparts.

The difference between these boots and issue boots is very limited. The black leather uppers of the private purchase boots usually have a pebbled finish which is the main distinguishing difference and is the case with these boots. All the other details are the same including the sheepskin lining, the opening at the top of the boot which fastens with a metal plated buckle and leather strap. The seam to seam stitching between the shoe and the upper is also only seen on original period boots as it was an expensive process which was discontinued in the post-war years.

The soles are fitted with 1940s rubber protector soles made by 'Phillips'. These are often found on original period boots as well as flying boots.

Inside both boots are two leather pull tabs which are made from the same black coloured leather used for the boot uppers. These have a brown leather piece sewn onto them which bears the style number os ASU669 and the size of 10.

The boots are in good condition for their age and display very well. Overall they are solid with some signs of wear and age. There is a subtle patch to the vamp of the right boot as illustrated in picture 7 which looks to be a period repair. Overall the boots look to be solid but please take time to study the pictures and bear in mind that they are a vintage pair of boots with some small flaws commensurate with age.

A nice pair of original 1936 pattern boots in a very hard to find large size!