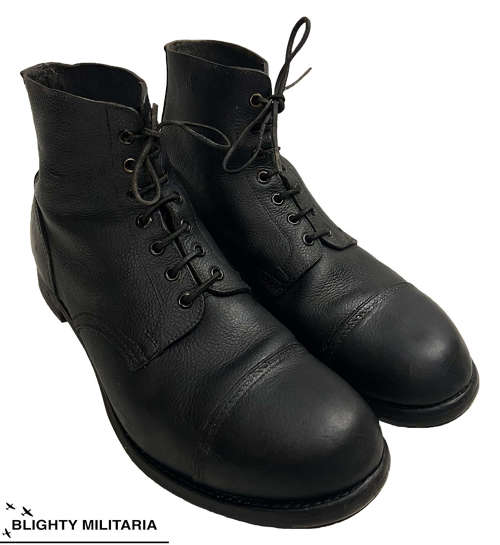 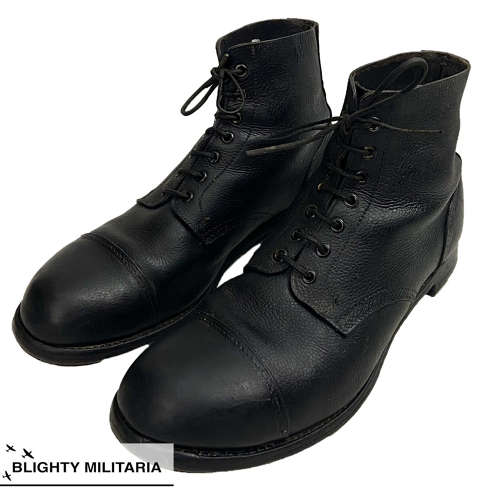 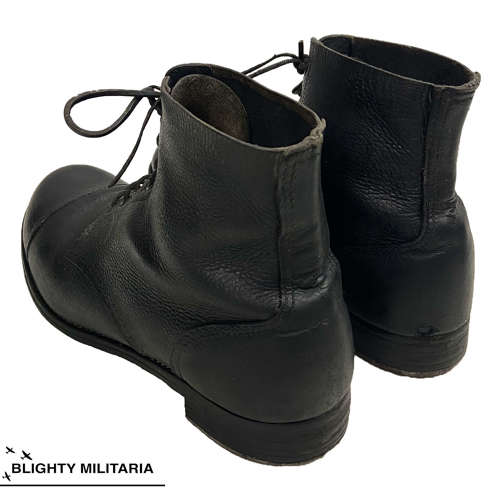 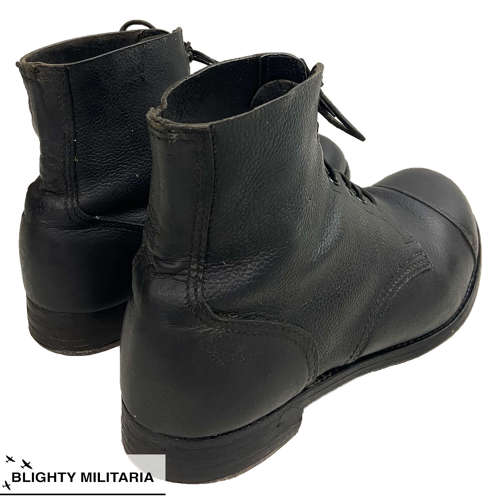 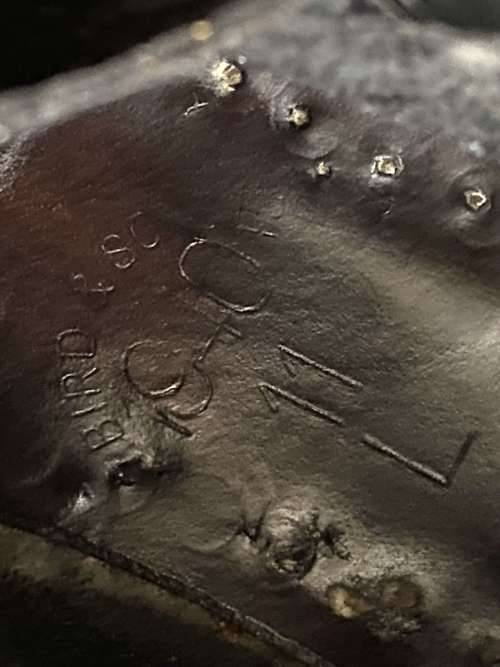 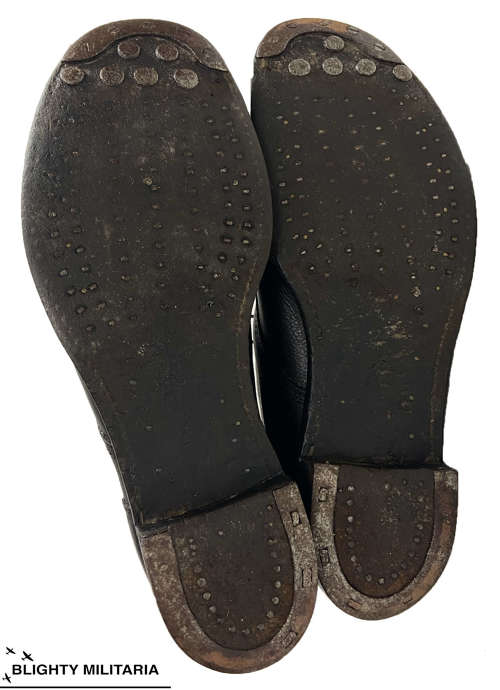 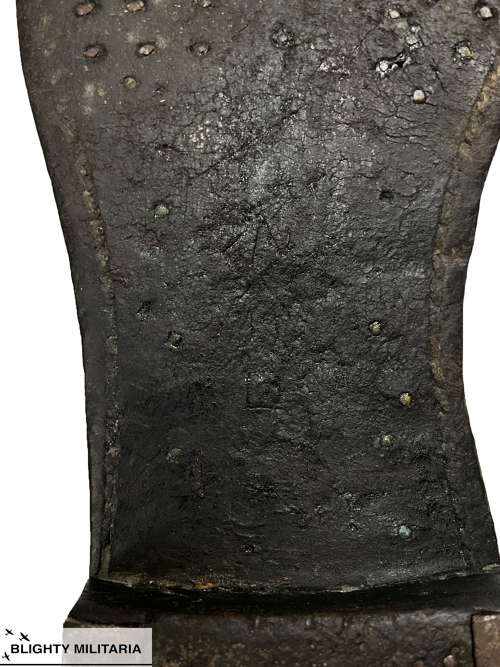 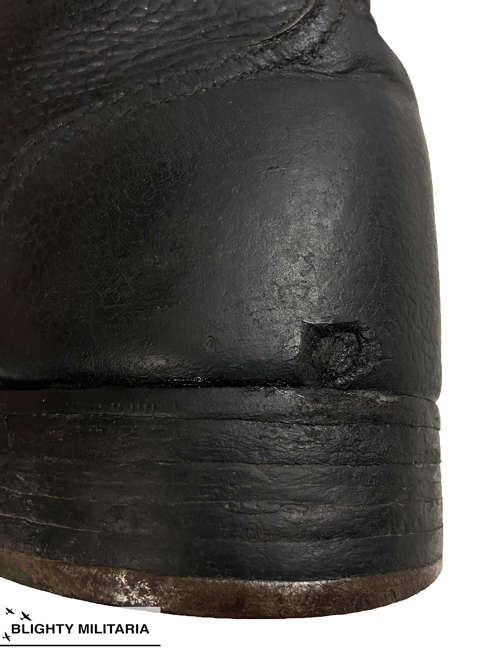 An original pair of British Army ammunition boots clearly dated 1940 and in a size 11L.

This pattern of boots, often referred to as 'Ammo boots', came into issue with the British Army in 1936 and saw issue throughout the Second World War and well into the 1950s.

This particular pair were made in 1940 as can be seen from the stamp to the insole. They feature a black pebbled leather exterior and separate stitched toe cap. The soles are the original leather examples which feature metal toe plates which are located with the correct slotted head type screws. A small number of flat type studs have been fitted near the toe which is not an uncommon pattern to find on wartime boots. The heels are also the originals and are fitted with metal 'horse shoes', which are again the correct pattern.

Inside the boots the original maker's markings are present to the insole. They feature the maker's name of 'Bord & Sons Ltd' along with the 1940 date and the size of 11L.

The boots come complete with a set of leather laces which look to be the original period fitted examples.

The boots are in very good condition and display well. They show signs of light service use and are sound overall. There is a small flaw to the rear of one of the boots which is illustrated in picture 8.

A good pair of boots with a hard to find early date and in a large size.

A GOOD NEAR MINT PAIR OF THE RAF GATTERS 1938 DATED