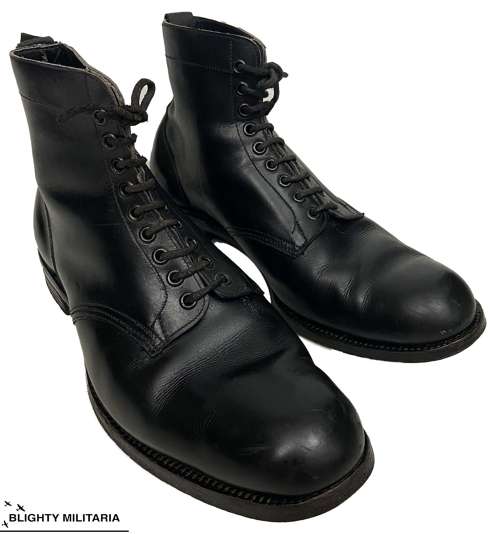 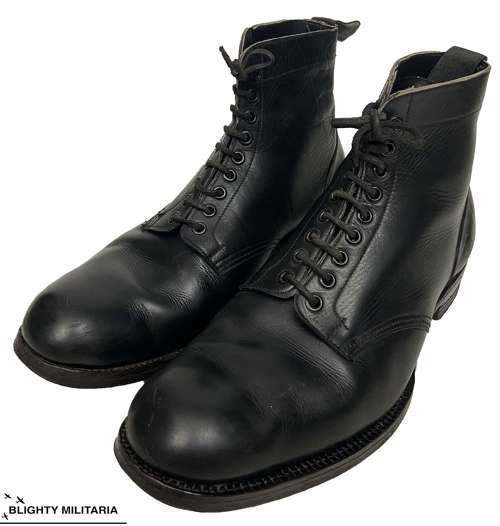 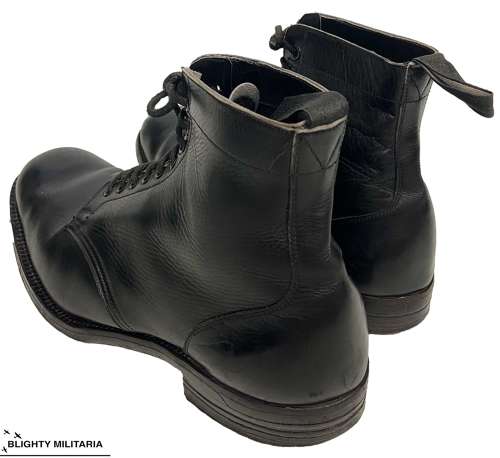 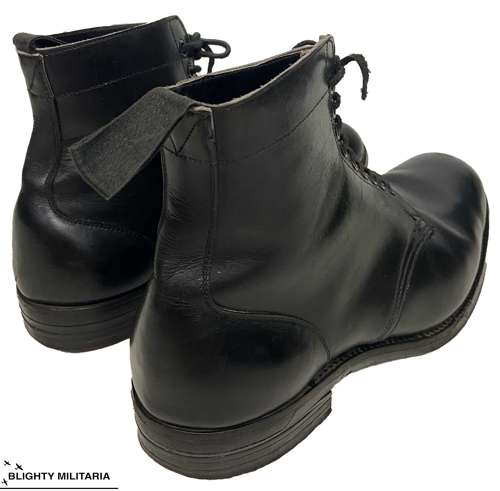 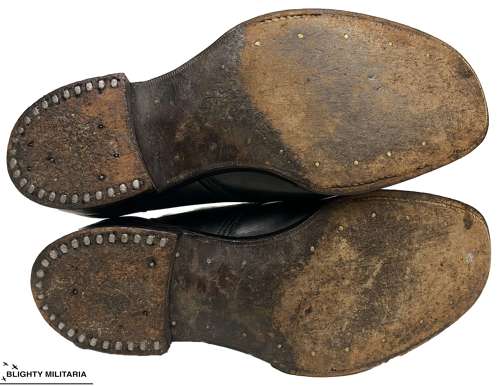 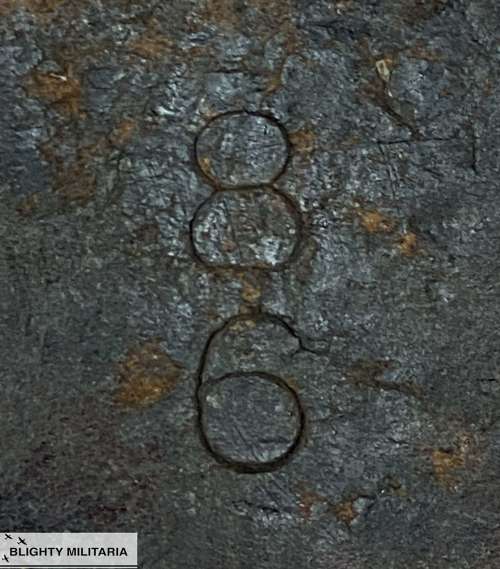 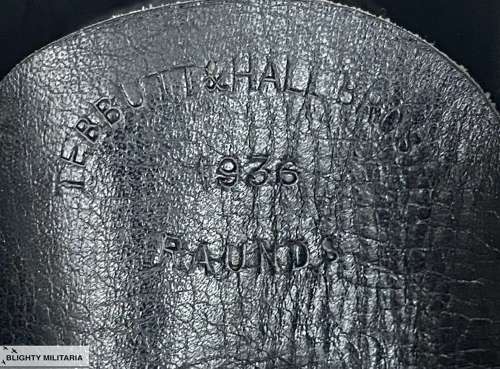 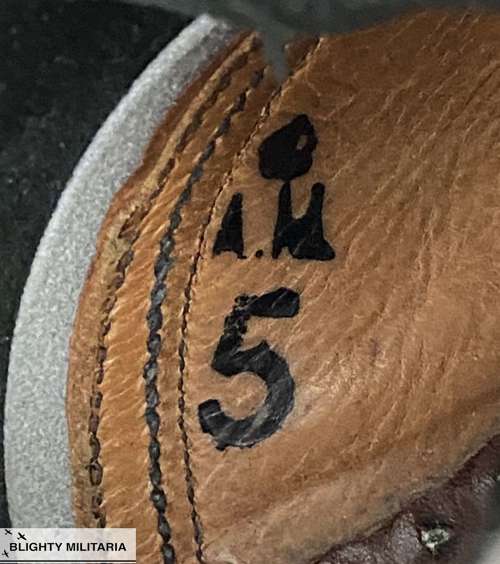 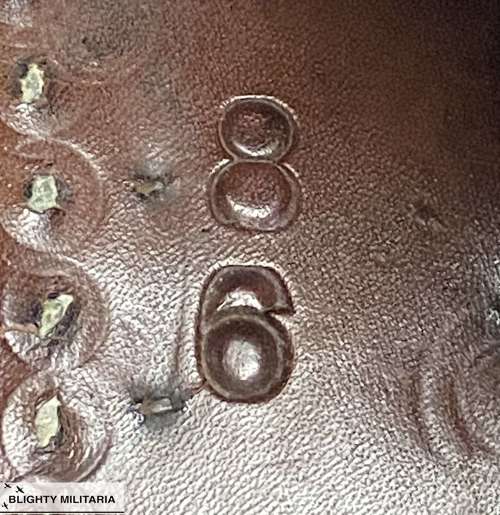 This pattern of boots was worn during the inter-war period, as well as throughout the Second World War, by Ordinary Airmen of the RAF. They were worn by all ranks up to Flight Sergeant meaning that they would have been worn by both ground crews and pilots/aircrew members. The boots are made from a smooth black leather and are leather lined making them far superior to their army counterparts. Nine black painted eyelets are fitted and there are cotton pull tabs to the rear of each boot. Both the soles and heels are leather and the size of 8 is stamped into the sole.

Inside the boots the Air Ministry AM and crown marking is present and the size is again marked to the insole. The makers name of 'Tebbutt & Hall Bros Ltd' is present as is the 1936 date and the place name of 'Raunds' which is in Northamptonshire, the home of British boot and shoe making during this period.

The boots are in excellent condition and display very well indeed. The soles and heels show signs of some limited wear but appear to be sound whilst the leather uppers are in fine shape. They are a vintage pair of boots so may have small issues commensurate with age although, on the whole, I would say these would be very hard to better!

These boots are now extremely hard to find, let alone with a clear pre-war date. They would be ideal for someone interested in the Battle for France or Battle of Britain period. Arguably much rarer than flying boots - these boots would make a fantastic addition to any collection.