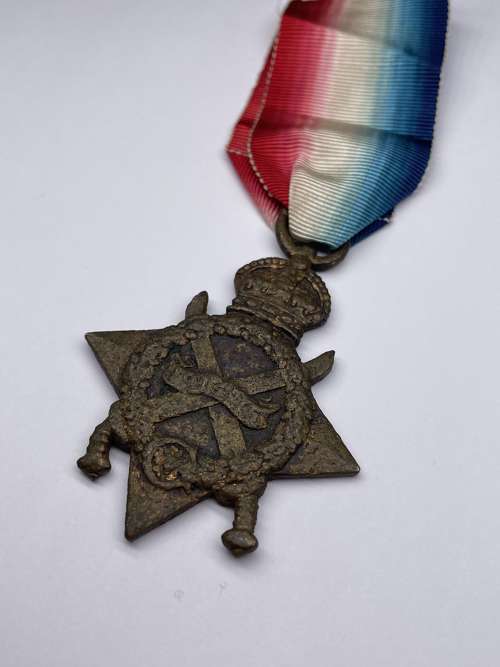 An original World War One era 1914/15 Star with length of replacement ribbon.  The medal has suffered significant fire damage. Medal is difficult to read but appears to be named to;

I believe this is Reginald Earl Mays, who was actually born in the US, at Thief River Falls in Minnesota on 26 January 1893.  At the time he attested he was serving with the 52nd Regiment Prince Albert Volunteers.

Records avaiable online (copy included as listing photograph) show that Reginald was killed in action on 26 August 1916.  The Canadian records contain more information than the British counterparts including Circumstances of Casualty as follows;

Was a member of the Battalion Machine Gun section and took part in the attack on the enemy positions west of Courcelette. Just before he reached the first objective he was hit in the stomach and killed by an enemy rifle bullet.

He is buried at Courcelette British Cemetery.