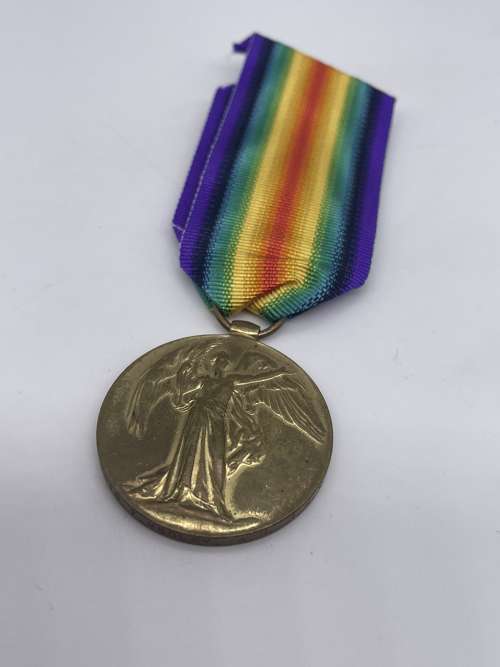 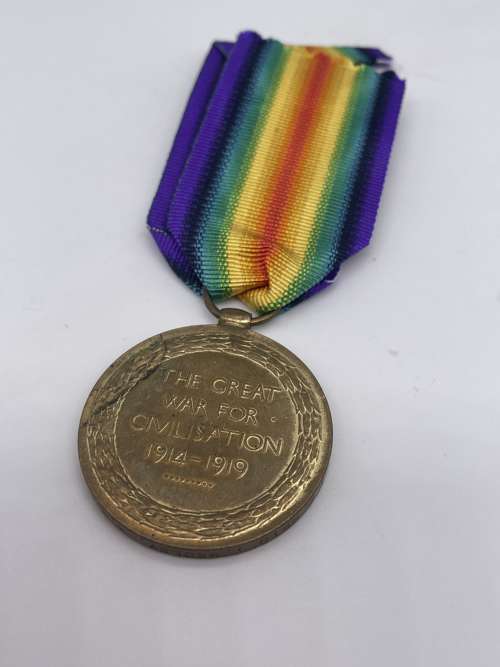 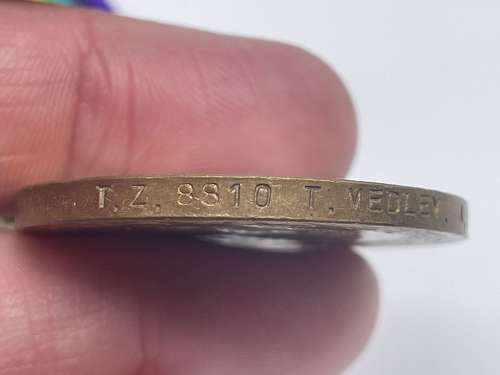 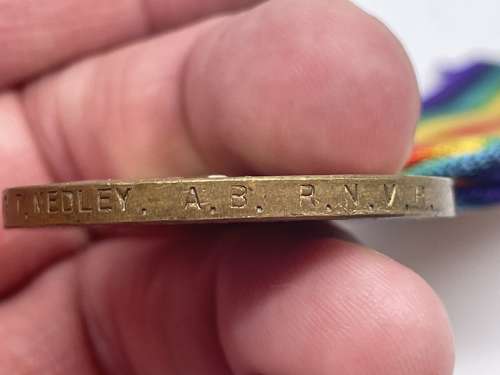 An original World War One Victory Medal with length of replacement ribbon.  Correctly named to;

A comprehensive service history is included showing; Thomas Medley was born in South Shields in 1896 and was a coal miner in his civilian occupation.  He arrived in France on 25 September 1916 and joined the Royal Navy's Drake Battalion.

In February 1917 he was invalided to England with Trench Foot, returning to his unit in October 1917,

He suffered a wound to the face in December 1917 and was again returned to England.  Thomas was wounded in the face and head, once again in May 1918.

He was posted as Missing In Action on 21 August 1918 and confirmed Killed in Action on 3 February 1919, with his remains still missing.

The Unit War Diary shows they were planning for an attack on Ablainzevelle on the 19 August, a village only just behind where the front lines were on the first day of the Somme, east of the village of Gommecourt.

The attack began at 0455 on the 21st, advancing northeast towards Ablainzevelle, before turning to the east at the edge of the village.  There is reported as little resistance until the flank of the unit entered Logeast Wood (south east of Ablainzevelle), when machine guns opened up.  These were quickly overcame and the wood occupied, with the objective (the Achiet-le-Grand to Achiet-le-Petit road) being taken.  26 Other Ranks were noted as being killed, presumably within Logeast Wood, which is likely where Thomas was killed.

He is commemmorated on the Vis-En-Artois Memorial in the Pas De Calais and has no known grave.