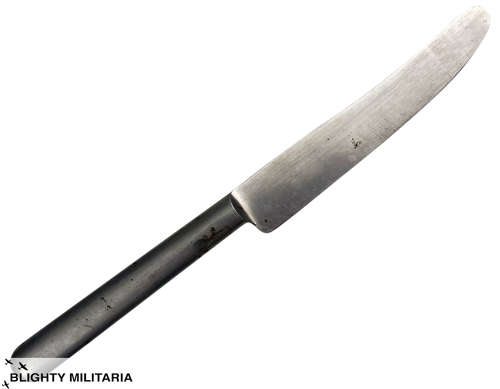 A scarce original 1939 dated British Army knife as issued to member of the British Expeditionary Force.

This example was found in Northern France so there is a strong possibilty that it was indeed used by a member of the BEF.

The knife is the standard pattern used during WW2. It is maker marked 'Mappin & Webb Sheffield' and is marked 'Stainless'. It bears the War Department broad arrow marking along with the 1939 date.

The overall condition of the knife is good with some signs of age and use as illustrated in the pictures.

A good original example of this rare to find piece of British personal equipment.

Other items in Crockery & cutlery

View all in Crockery & cutlery