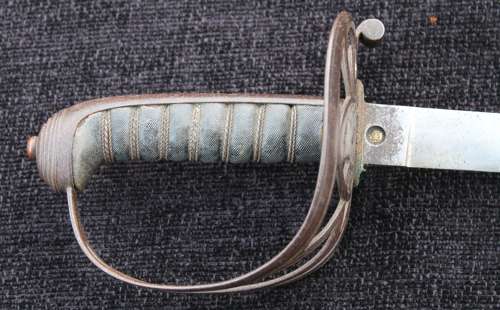 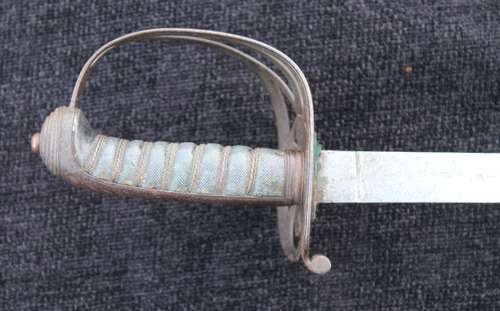 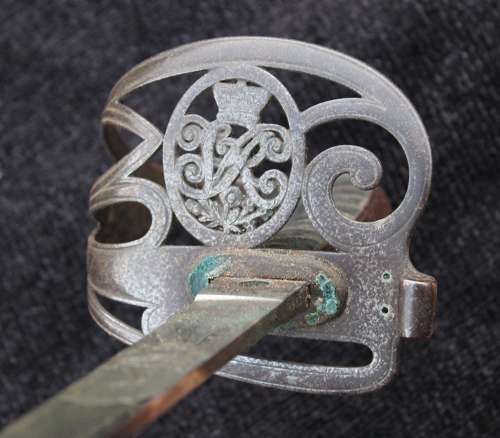 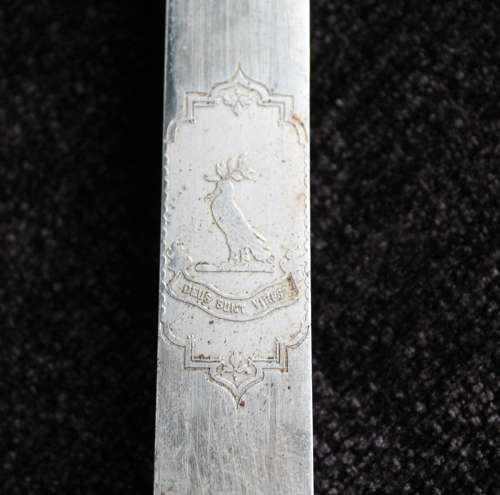 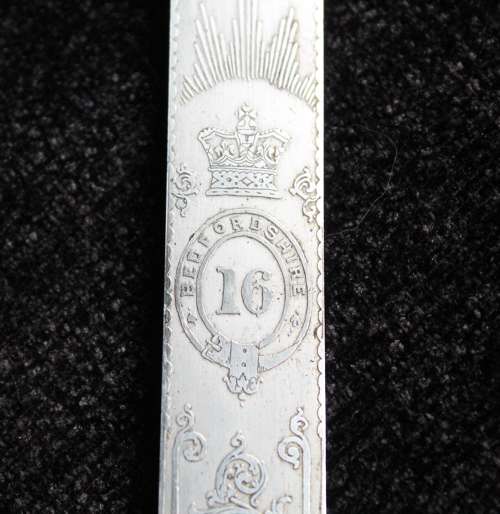 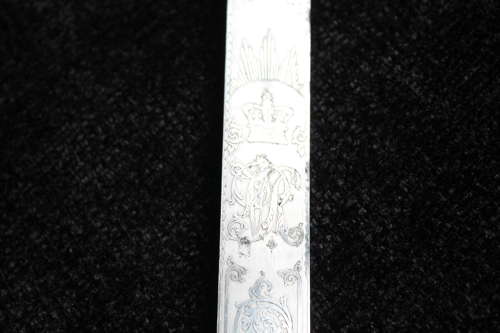 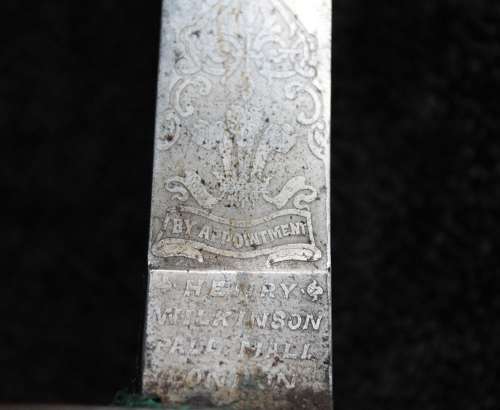 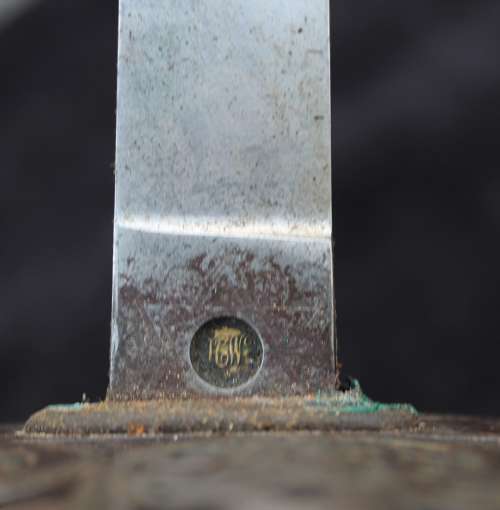 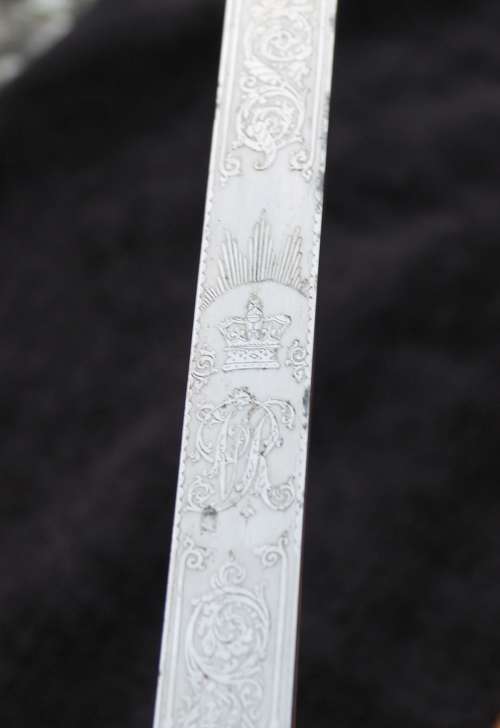 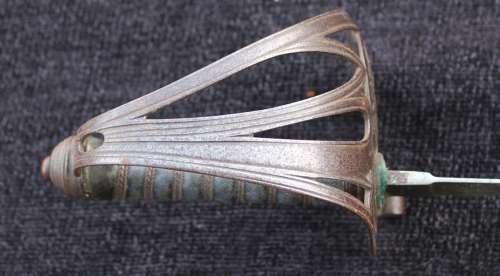 If only I could find beautiful, untouched and interesting swords like this every day!

Jones was born in 1844 at Thornton Craven, Yorkshire, the son of Reverend Thomas Roberts Jones and Alice Pierce.

He was comissioned on the 26th July 1864, into the 16th Bedfordshire Regiment. It would seem he ordered this sword in 1867, probably on being posted with the Bedfords to India. This will have been around the time he was promoted to Lieutenant (21st August 1867) Soon after he transferred into the Bengal Staff Corps.

W. H. D. Jones served in the Afghan war with the 2nd Bombay Cavalry, serving at Kila Abdulla and as part of General Phayre's relieving force in the advance on Kandahar, and later in the vicinity of that city and the lines of communication. Hart's states that he took part in the Afghan War of 1878-80 and was present in the 'engagement at Mazeena (Medal).

In October 1885 he is shown as 2nd in command and squadron commander of the 7th Bombay Cavalry (Belooch Horse) stationed at Jacobabad.

He married Elizabeth Emily Georgina Gordon, daughter of Sir Henry William Gordon and Henrietta Rose Stavely, on 10 February 1891 at Neemuch, Bombay, India. Colonel Jones retired in 1899. Thier son Basil Gordon Dawes Jones was killed aged just 19 at the Somme, whilst serving with the 2nd Battalion, The Welsh Regiment. He had been awarded a Military Cross for gallant conduct.

The sword itself is wonderfully untouched, sourcd privately and never previously offered for sale. It exhibits some interesting custom features, which when combined reveal a weapon carefully selected by a professional soldier who realised that his life may one day depend upon his choice of sword.

The hilt is of standard 1854 gothic design, but rendered in steel, rather than the standard brass. No signs of it ever having been gilded. The shagreen grips are bound in silver twistwire and are in very good condition, with only minor service wear.

The blade is unusual, being of "flat" type with no fuller. The blade is etched with Jones family crest, and motto. The blade also has the numeral "16" with the words Bedfordshire regiment. There is also the more usual foliate etching, crowned VR cypher, Wilkinson's details and the hexagonal proof marking, as well as the serial number to the spine.

The sword is housed in a brass scabbard with twin hanging rings, which would be correct for an officer of field rank. Given the scabbard would only have been changed when Jones was promoted Major, it is rather safe to assume that this would have been the sword he carried throughout his career. Being a Bombay Staff Officer, Jones would not have been required to change his sword upon his different appointments.

The scabbard with some dings, dents, and slight deformation, as one might expect from a brass scabbard of this period, carried by a mounted officer.  Also missing one throat screw, but generally solid and the sword draws and sheaths with no issue.

A very rare and interesting sword, untouched, which will tidy up very nicely, to an officer with a varied career. I have only had a cursory glance at his service, and much more research needs doing into Colonel Jones and his military adventures. 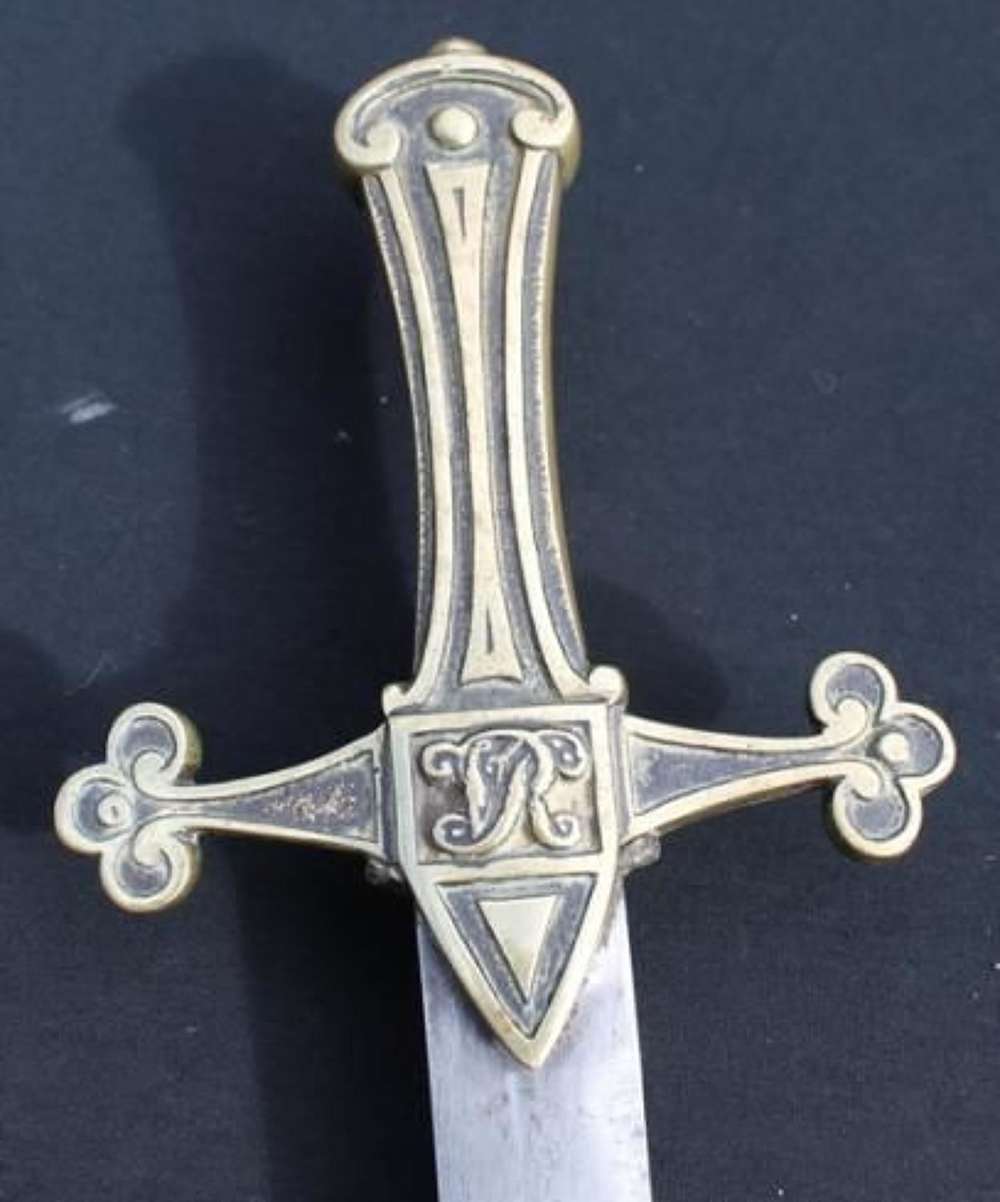 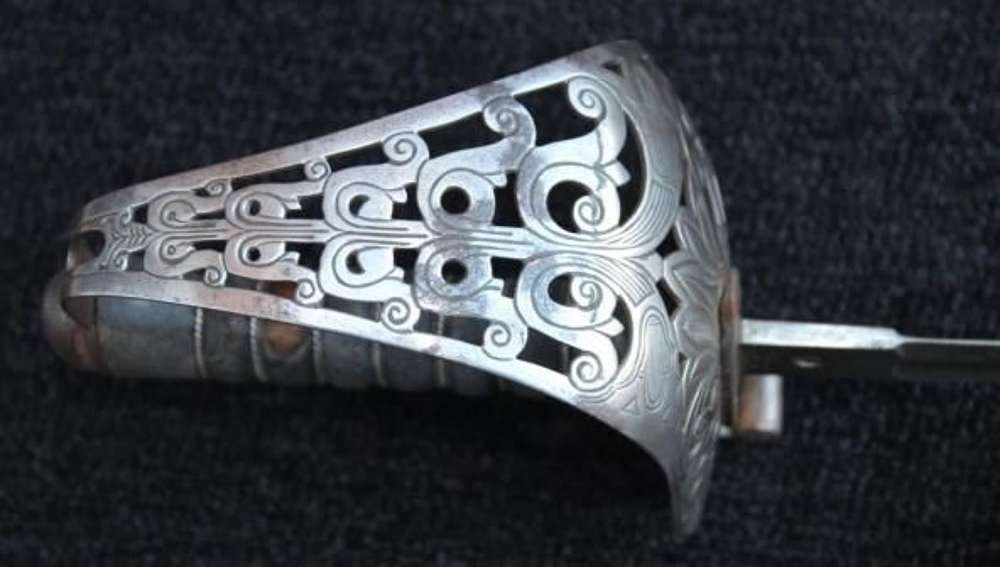 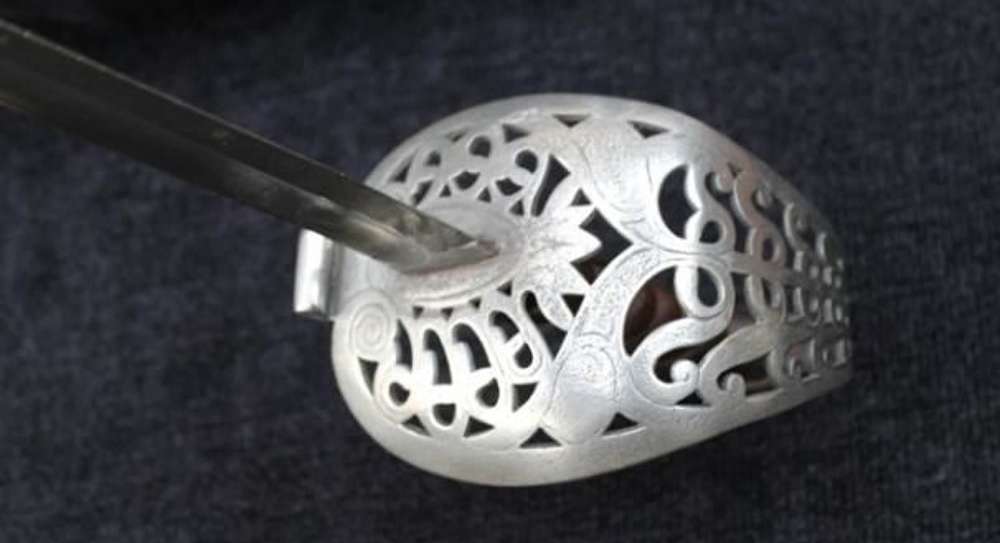 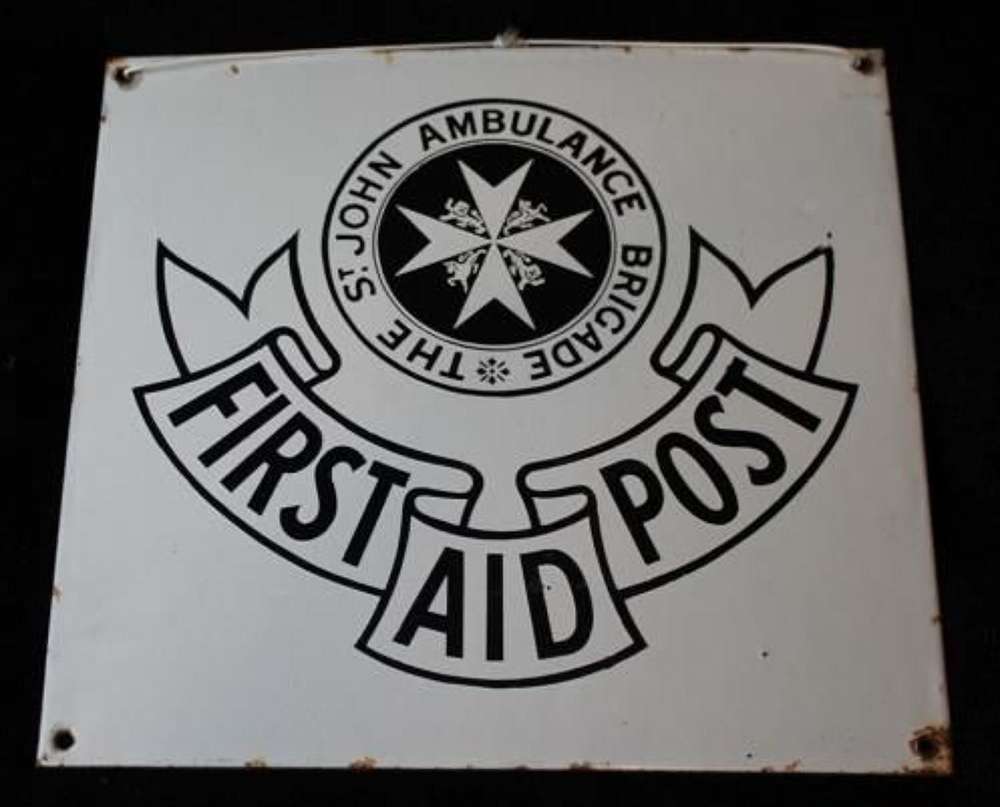 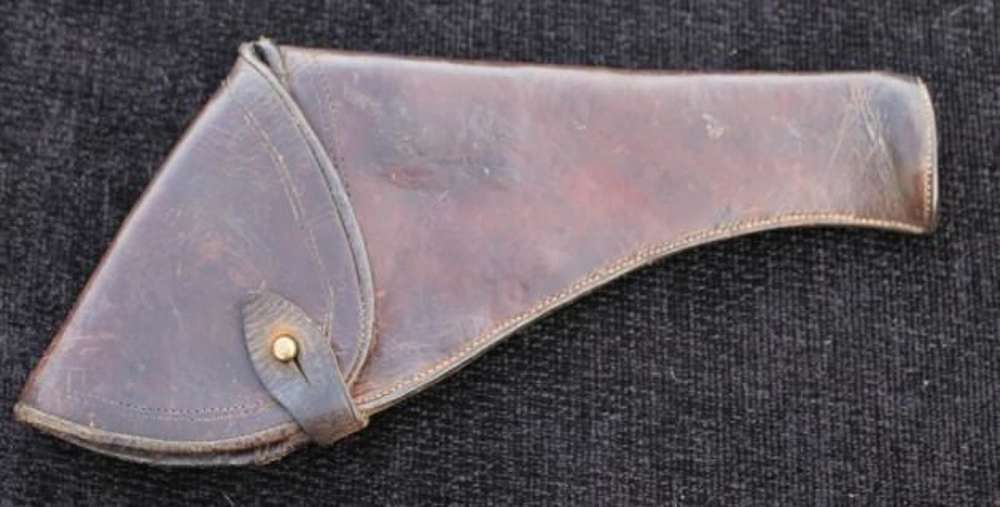