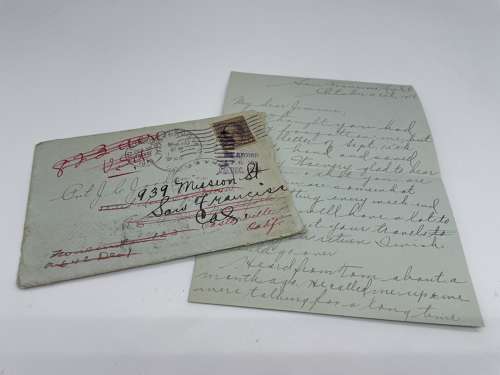 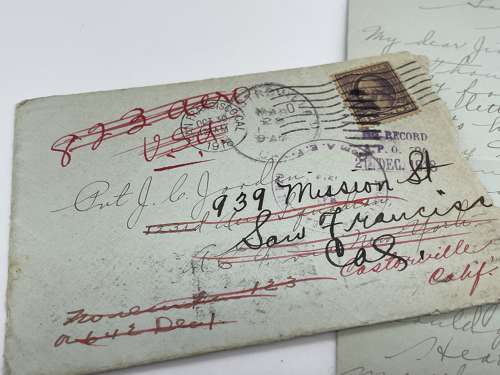 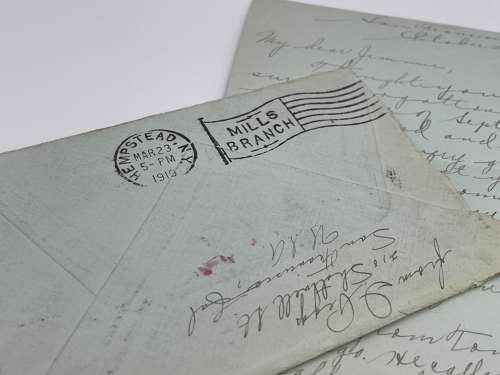 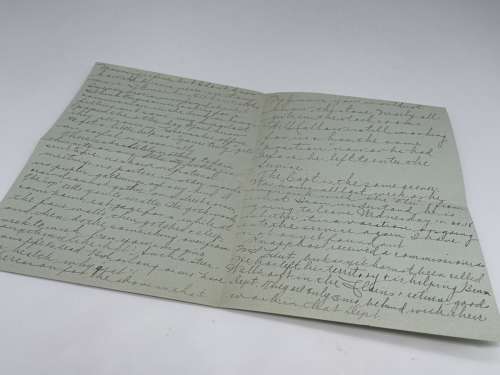 An original World War One era letter with envelope.  Envelope has been opened one end but otherwise general good condition for being over 100 years old.  Date marks on the envelope for 30 October 1918, 21 December 1918 and 23 March 1919 - looks as though the letter was redirected several times with addresses including San Francisco and New York but was intended for Pvt. J. Jordan (Jimmie) of the 123rd Aero Squadron and is dated 28 October 1918.  Appears to be signed 'Diane'.

The 123rd Aero Squadron were demobilised in November 1918 and are designated as Instructional Flying Squadron.  The demob date presumably explains the number of re-directs to try and find the recipient.

Letter itself appears to be from a lady working in a store room, possibly in the servicea as she refers to 'The Capt', as well as stories of a number of men who have been called up.

A lot of detail about the Spanish Flu epidemic as well, stating a number of people she known have died.