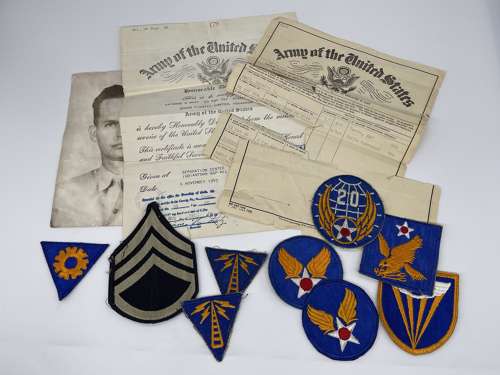 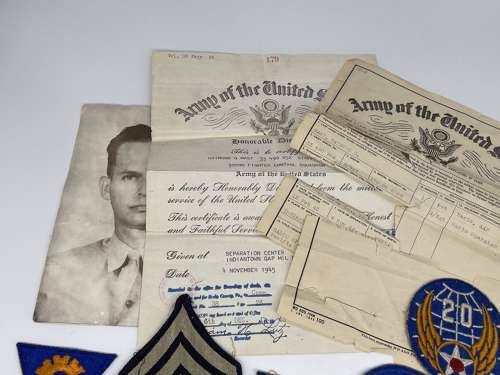 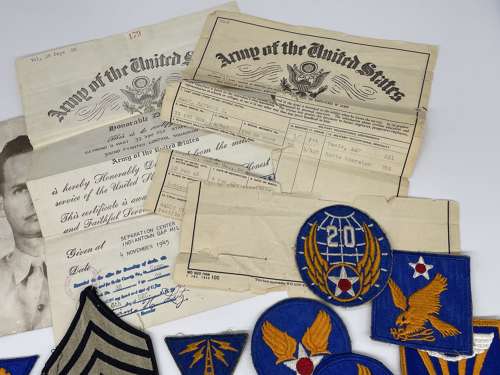 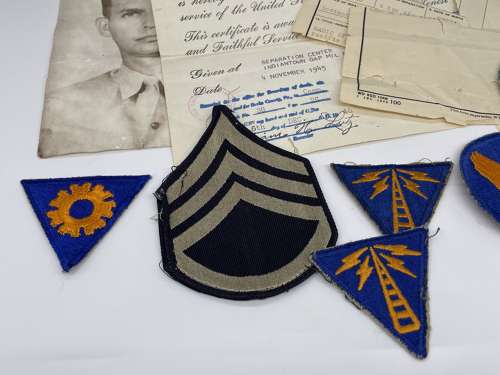 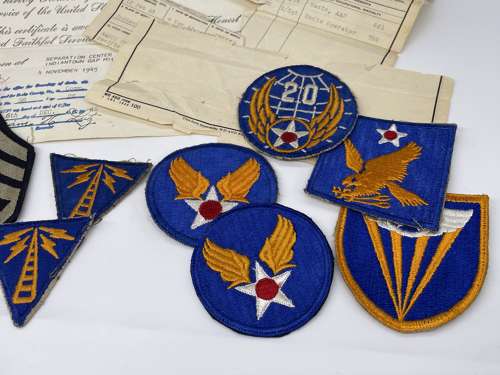 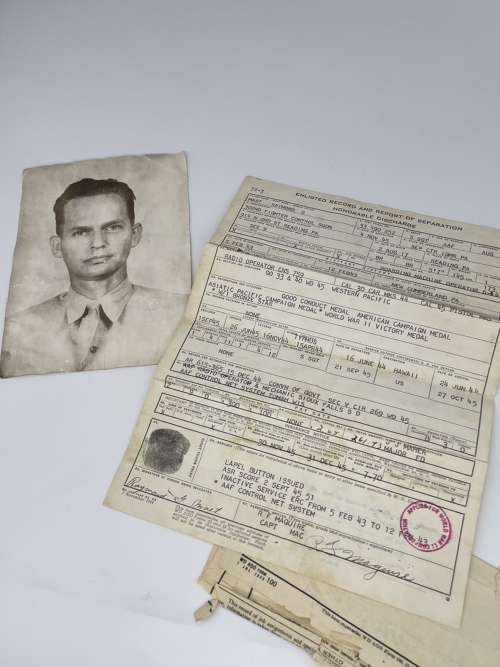 A mixed patch and paperwork grouping belonging to S/Sgt Raymond Mast who served with the 20th Air Force in the Pacific.

1. Original Discharge paperwork belonging to S/Sgt Raymond G Mast of the 302nd Fighter Control Squadron. This shows he was discharged on 4 November 1945, having joined the Army on 5 February 1943. There is a wealth of information on this document, also confirming Raymond's medal entitlement; Good Conduct Medal, American Campaign Medal, Asiatic-Pacific Campaign Medal, World War Two Victory Medal and a Bronze Star. He served outside the US between 16 June 1944 and 21 September 1945.

3. His Separation Qualification Record.  This document is in poor condition, ripped, torn and deteriorated.  It can be made out with that his Occupational Speciality was Radio Operator and Mechanic. This also confirms that for 16 months he operated a Very High Frequency homing station for homing lost aircraft.

7. A matching pair of S/Sgt stripes.