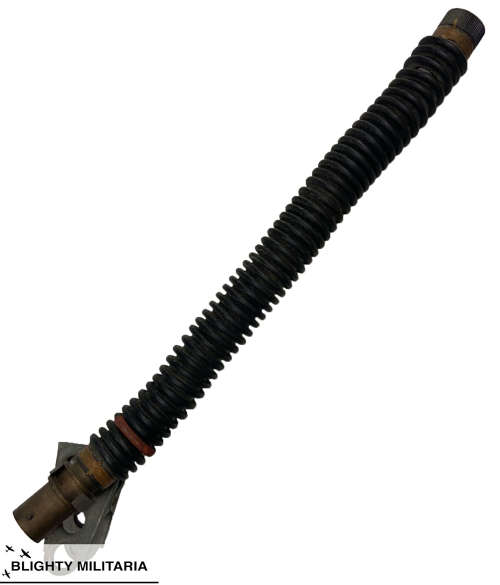 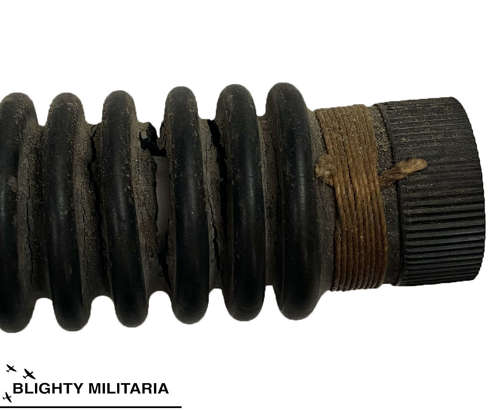 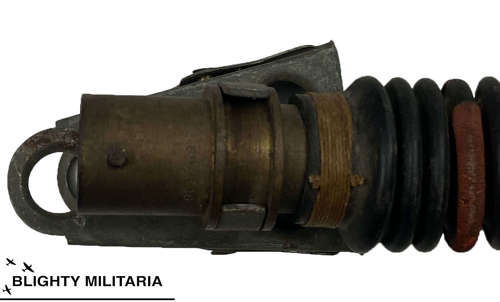 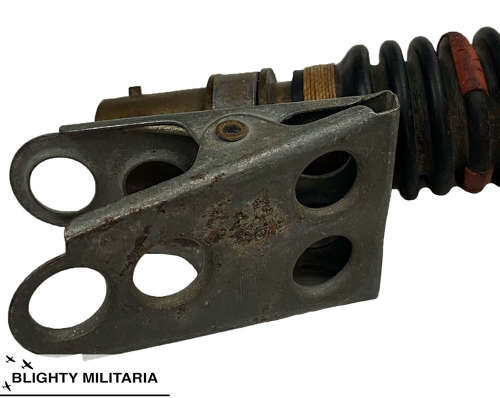 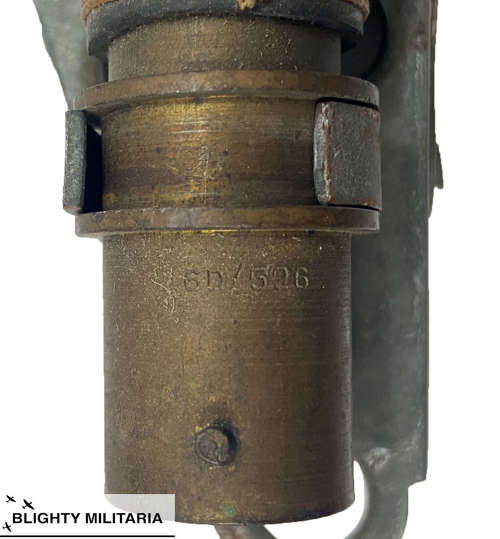 An original RAF oxygen mask hose as used with the G Type and H Type mask during the Second World War and into the post-war period.

This pattern of hose came into issue with the RAF at the same time as the G type Oxygen mask in 1942. It stayed in service throughout the Second World War and into the post-war years. This example features the correct wartime MK IV brass bayonet fitting and white metal crocodile clip to one end, and a threaded plastic connector to the other. These are both secured with the correct wartime pattern twine rather than the later metal clips. The bayonet fitting is marked with the stores reference number of 6D/526.

The hose is in reasonable condition and displays well. The rubber is supple but has numerous cracks in between the corrugated sections as illustrated in the picture and reflected in the price. All the metalwork is good with signs of age etc. Please study the pictures before purchasing and bear in mind that this is a flawed item which could be used for display but would need to handled with care.

A good example which would compliment a period oxygen mask nicely.