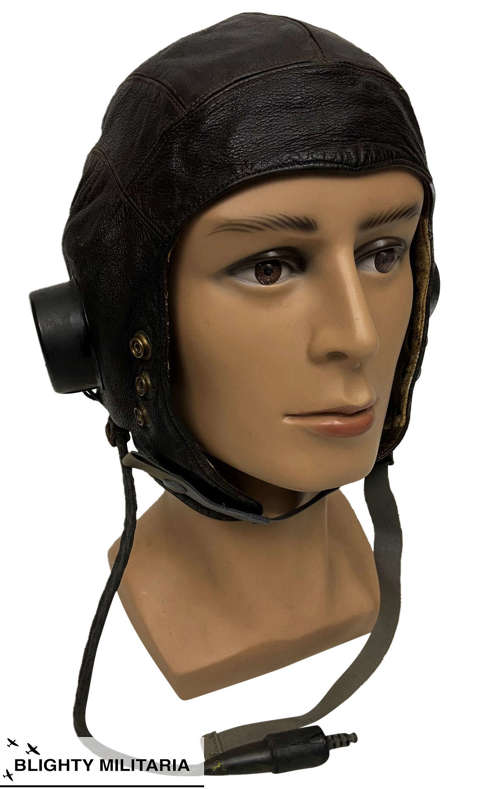 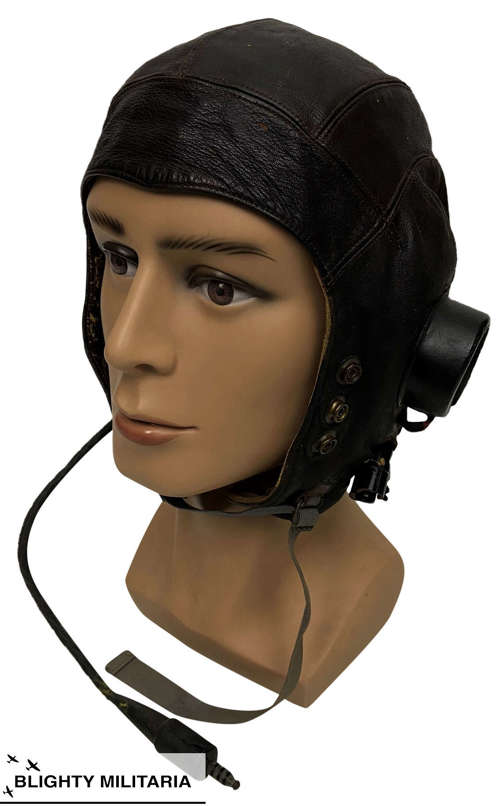 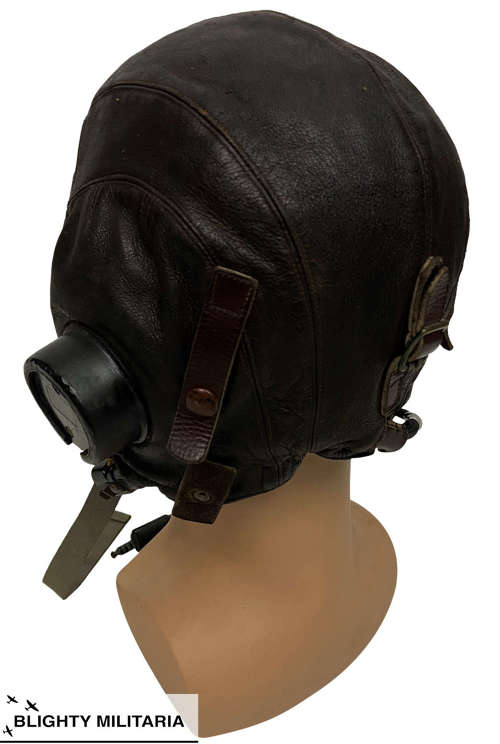 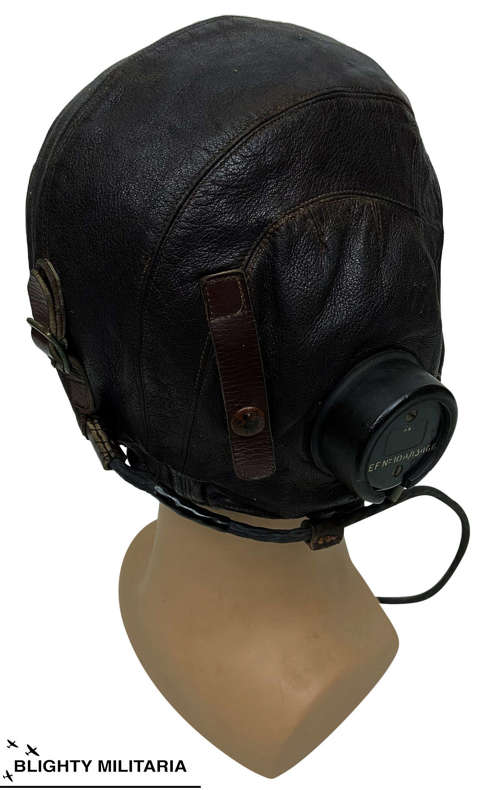 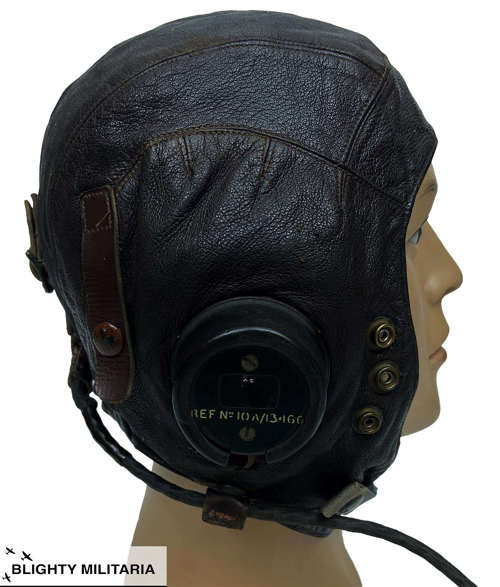 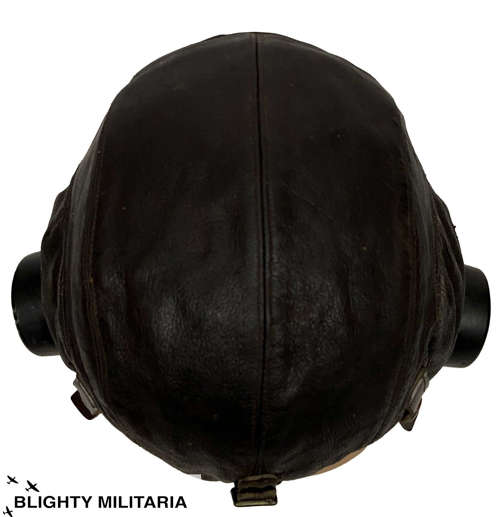 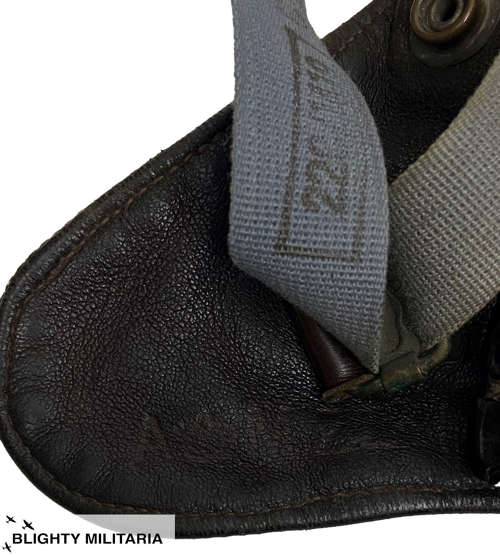 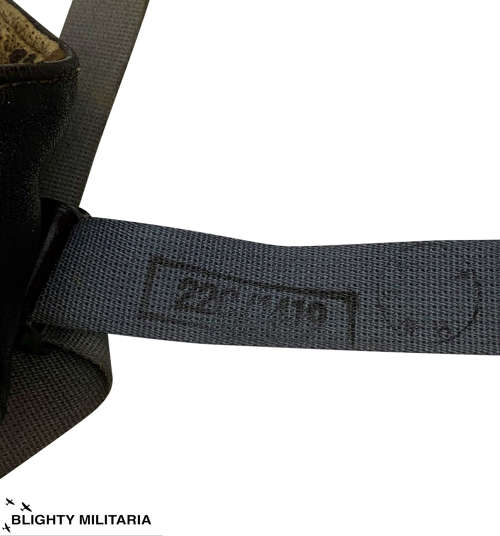 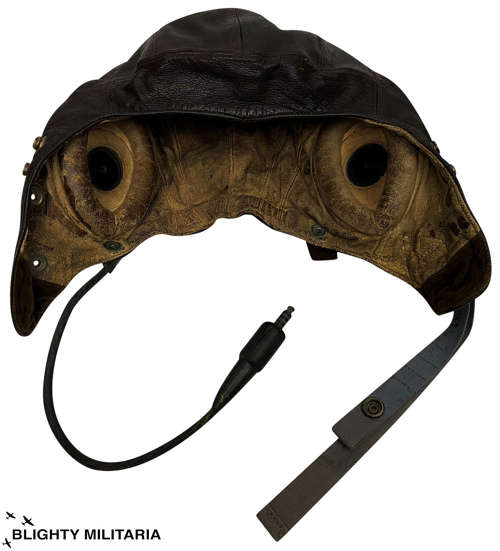 This pattern of helmet is sometimes referred to as the 'Second Pattern' C Type or, possibly more accurately, the first pattern internally wired C Type. This pattern was introduced in March 1944 replacing the earlier externally wired version and saw use throughout the rest of the conflict. The rear of the helmet features three straps which confirms this as a wartime helmet - The 5 strap version replaced this before the end of the war.

The exterior of the helmet is made from a brown coloured leather and is fitted with brass press studs throughout. The goggle straps all retain their snaps which have a good amount of their brown painted finish to the exterior. The grey elastic chin strap is present and in reasonably good condition and bears the RAF stores code of 22C. The receiver cups appear to be good and are fitted with Type 32 10A/13466 receivers which were introduced in the mid-war period. These are connected to a NATO style wiring loom with a small jack plug.

Stamped into the leather below the chin strap is the Air Ministry AM and crown marking which means the helmet was most likely made before 1944 when RAF items began to be marked with the War Department broad arrow marking. Also present is the 22C stores number which is partially visible. The helmet is a large size which is either a 3 or a 4 and is certainly very roomy!

The interior of the helmet is lined with chamois leather which shows plenty of signs of wear and use with soiling and some missing areas.

Overall the helmet displays very well indeed with no other major flaws or serious signs of age or wear. Please study the pictures and bear in mind that this is a vintage, pre-owned item with some small flaws commensurate with age.