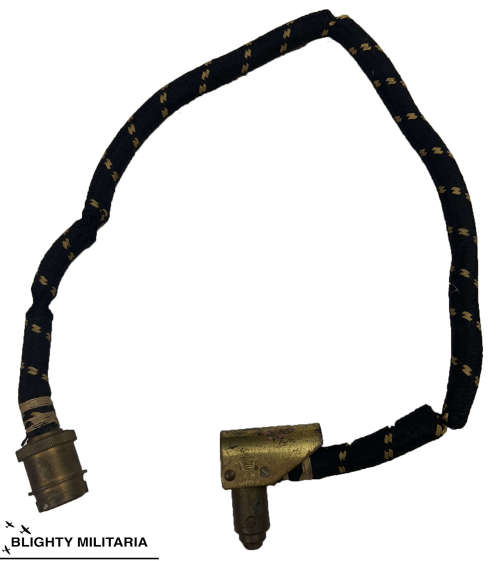 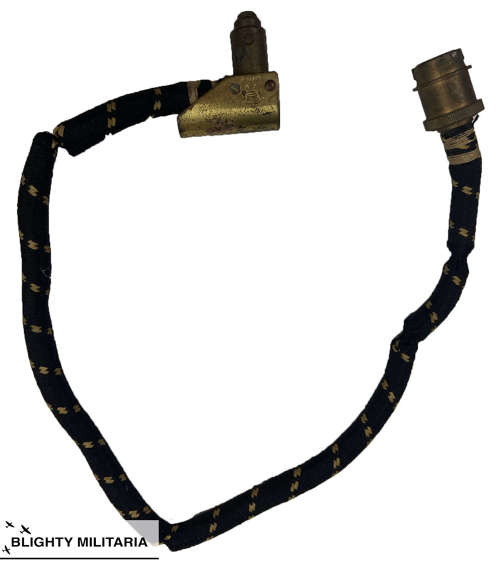 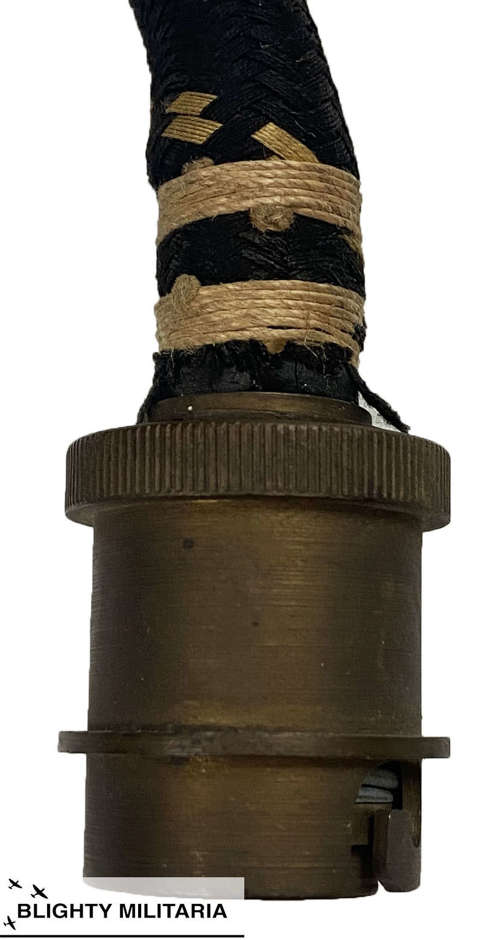 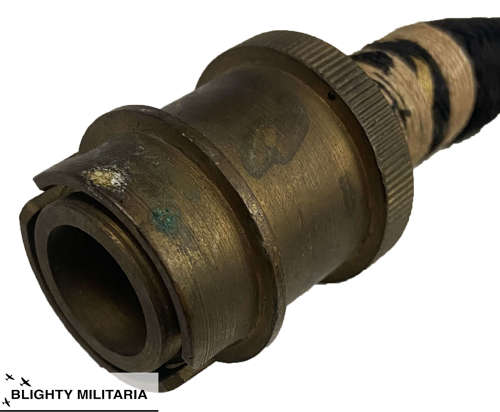 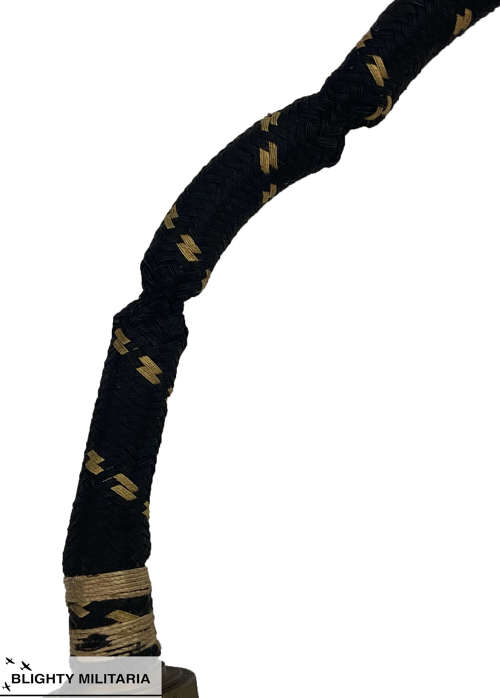 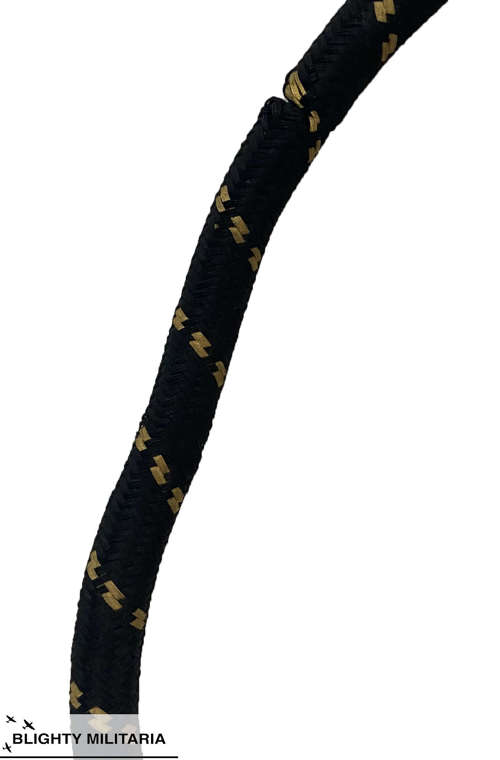 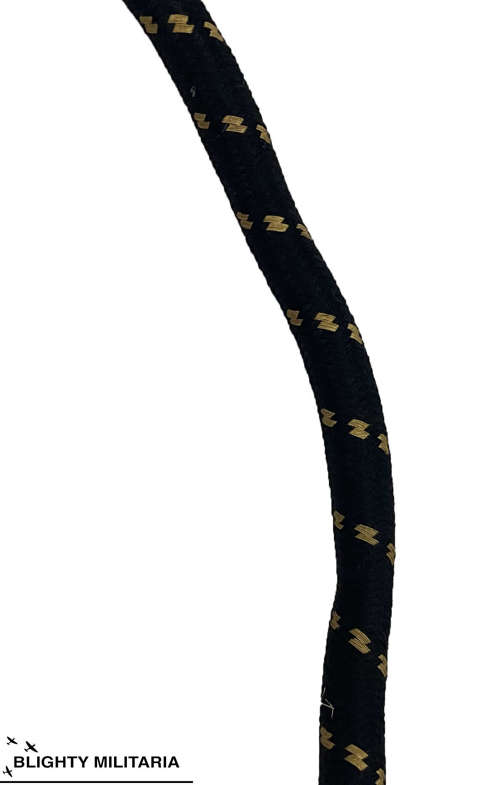 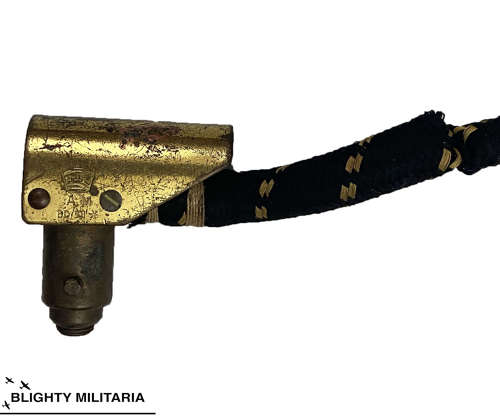 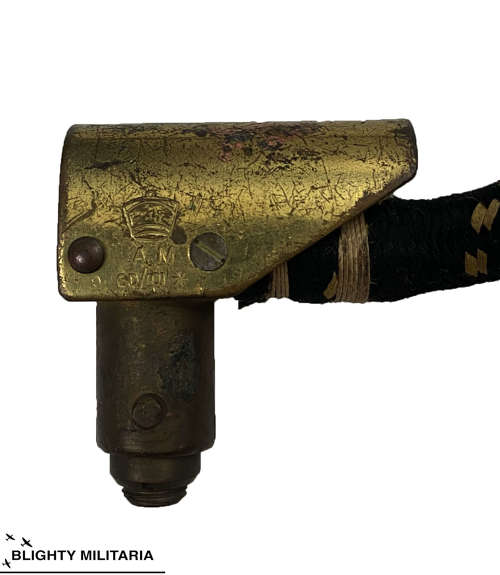 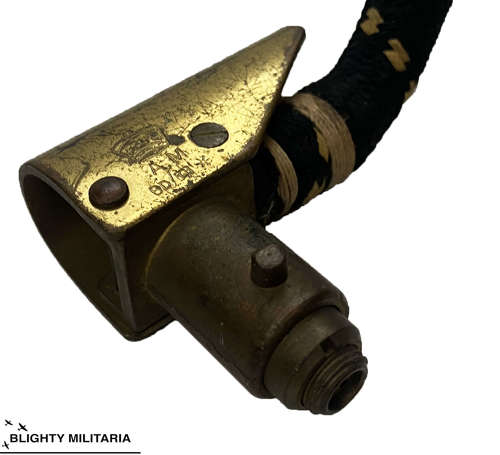 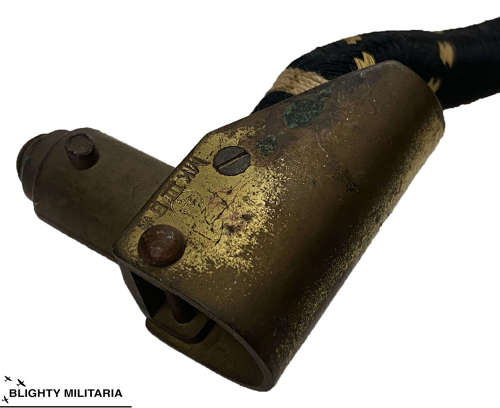 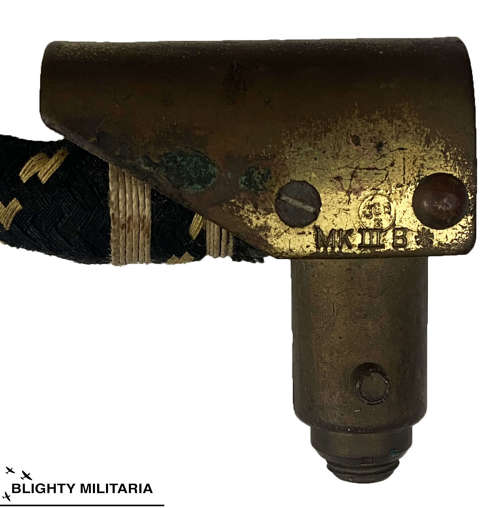 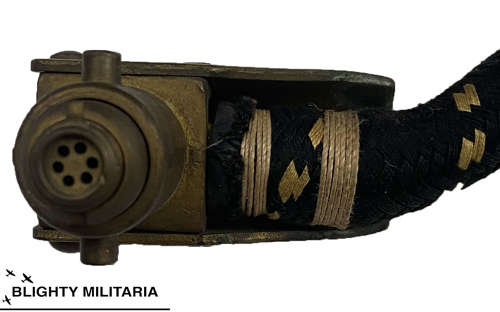 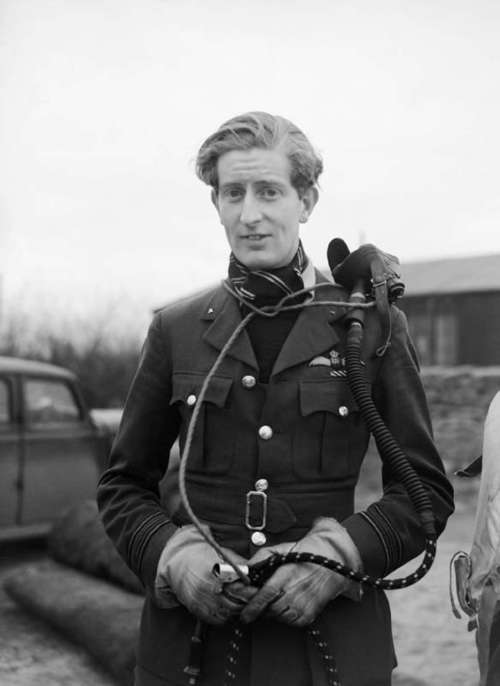 These adapters were produced for use with aircraft fitted with earlier oxygen systems as well as for use with portable walk around oxygen bottles. It comprises of a 25" long piece of rubber hose with braided cover which features a yellow fleck. This is the rarer pattern compared with the plain black rubber version. To one end of the hose is an original brass MKIIIB* connector which features the Air Ministry AM and crown marking and stores number of 6D/101 to one side and the store number to the other. The other end of the hose is fitted with a MK VIB bayonet adapter which allows the hose to be fitted to an E or G pattern mask. Both of the adapters are secured with the correct type of twine which is clearly an original period piece.

The hose itself displays fairly well but has broken in a number of places as can be seen in the pictures. The rubber underneath the cloth covering is hard but the item isn't overly fragile as the cloth is still strong and holds together well. Both the brass pieces are in good condition with some signs of age etc.

A very rare piece of early WW2 flying equipment which would make a great addition to any collection.