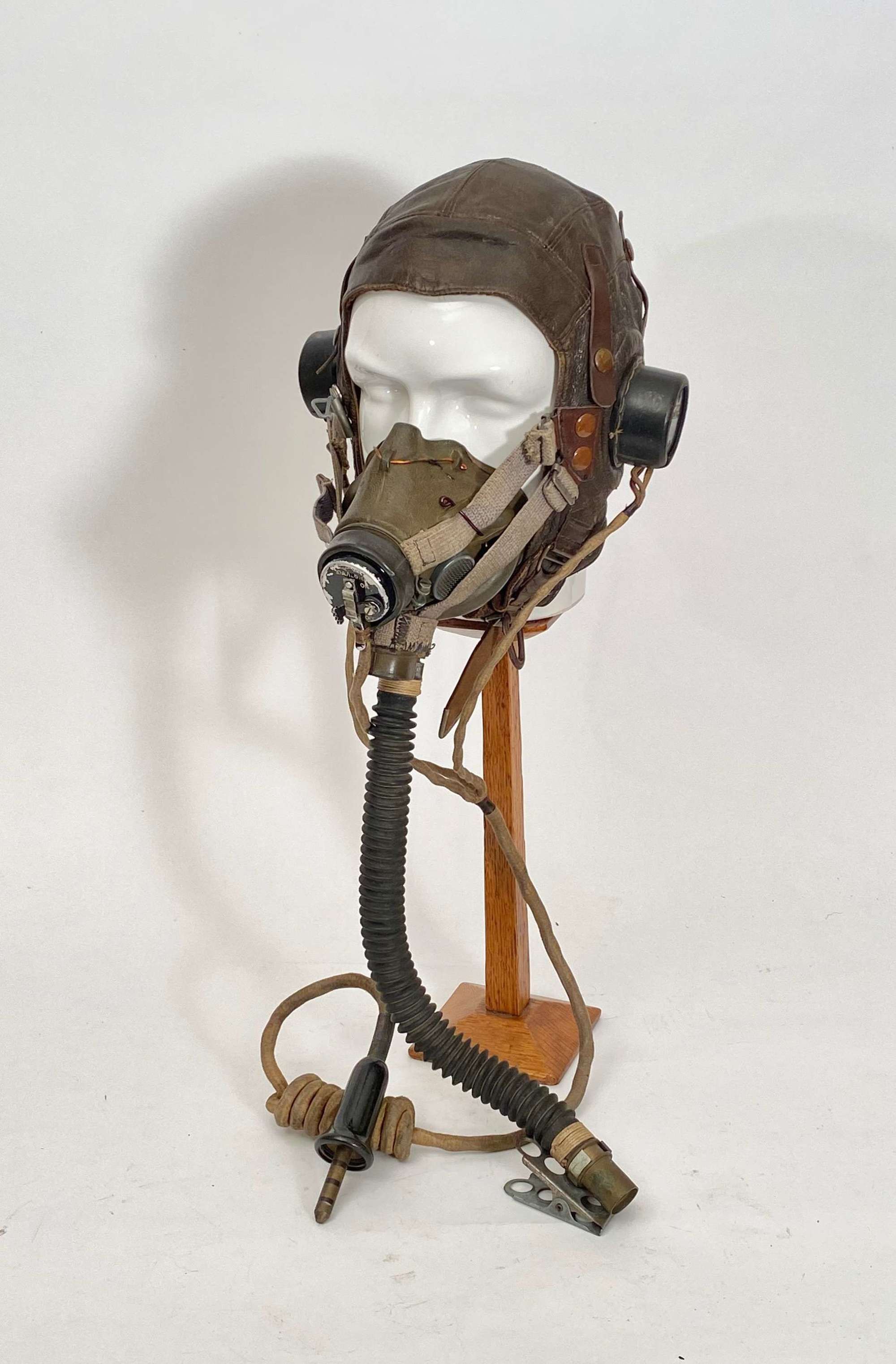 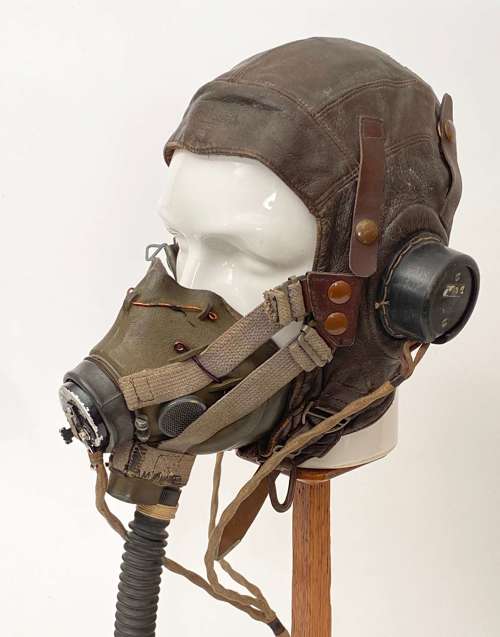 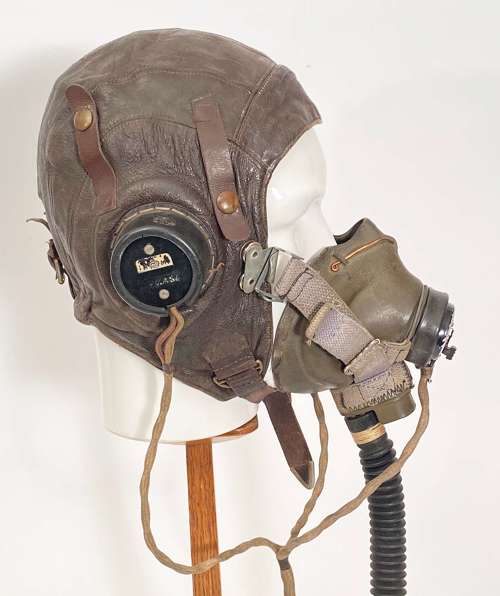 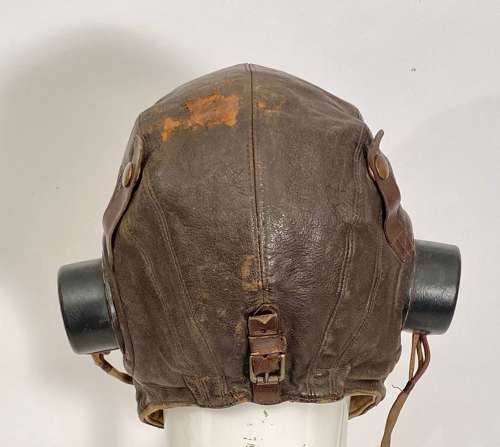 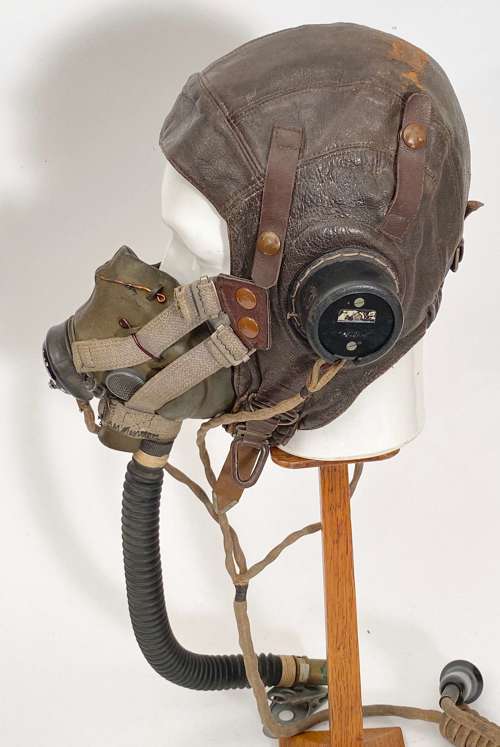 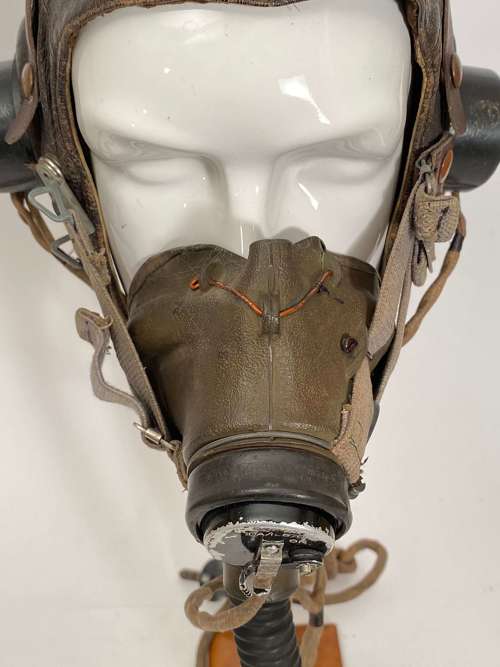 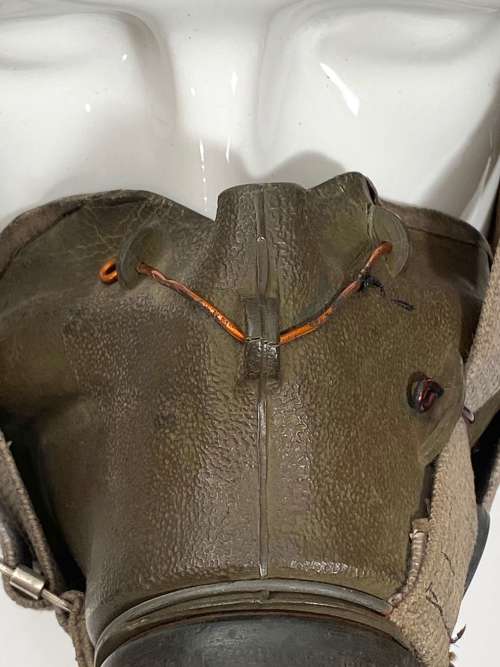 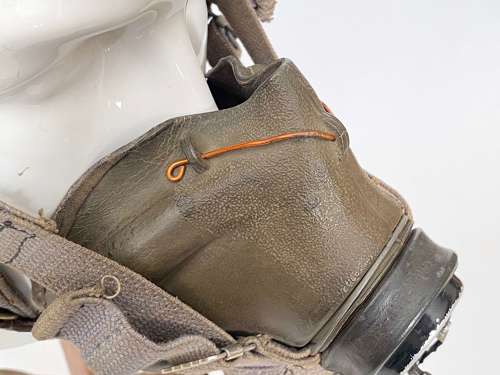 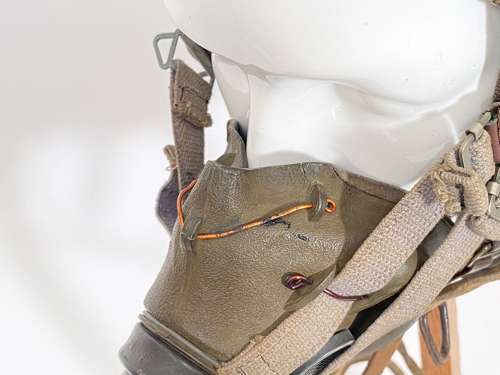 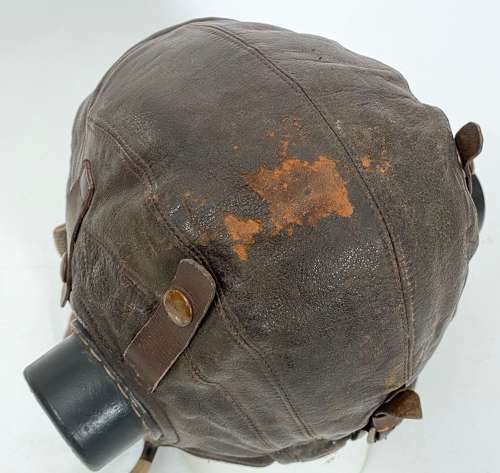 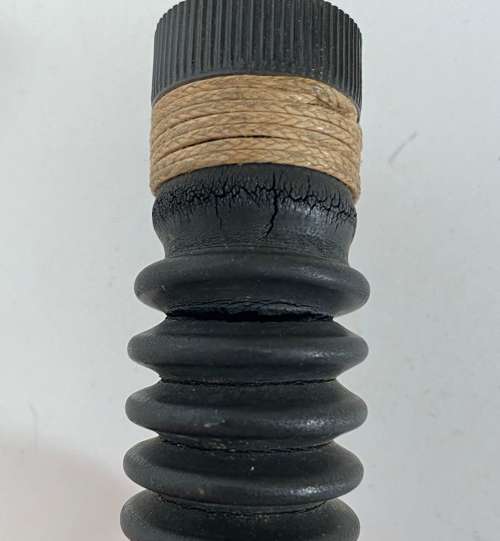 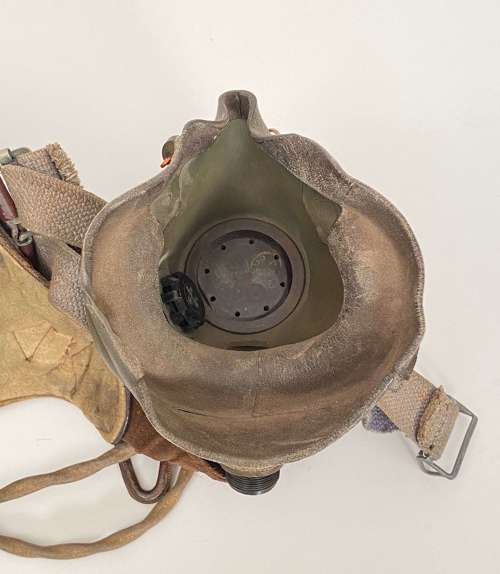 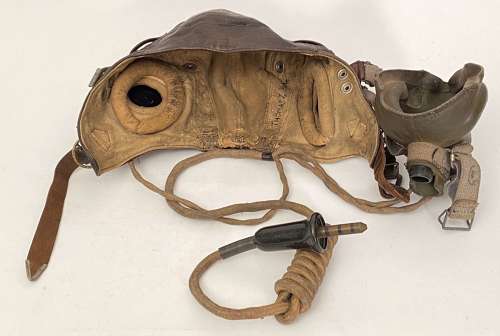 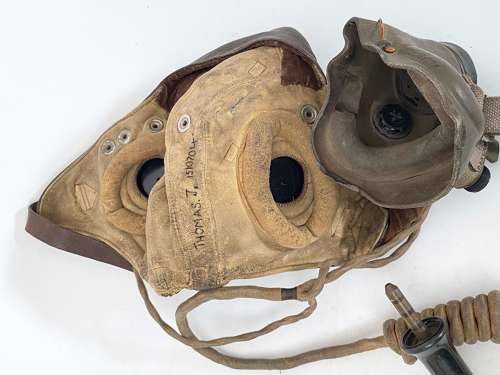 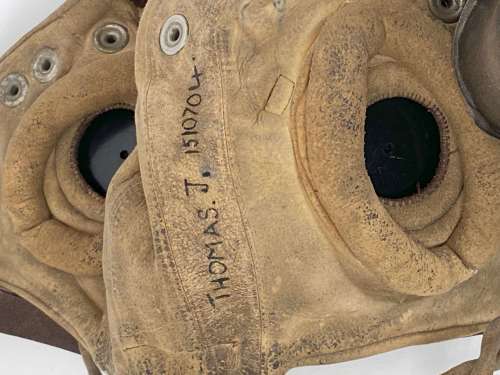 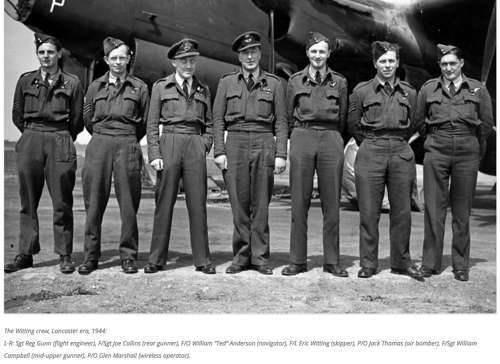 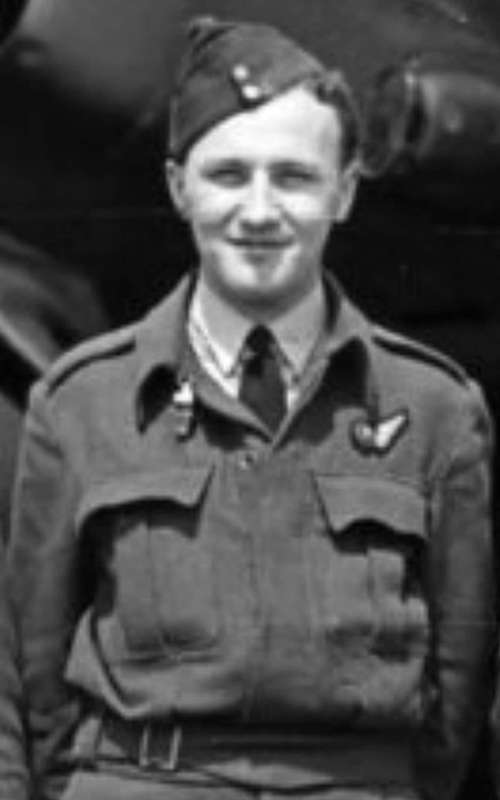 WW2 RAF Aircrew 1st Pattern Attributed C Type Flying Helmet & Mask.
A rare attributed flying helmet attributed to and believed worn by Jack Thomas a Bomb Aimer with 75 Squadron which operated the Short Stirling and Lancaster Bomber. This is an early issue of the 1st pattern C Type flying helmet tailored with two stud oxygen mask fitting. The interior with padded ear donuts and original owners name of 1510704 Thomas J.  The leather retains a good deep brown colour, one area scuffed and with original leather chinstrap.
The helmet is complete with an external pattern wiring loom retaining a good example of the G Type oxygen mask, this has been worn, small amount of surface crazing to the rubber. The copper nose wire remains in place. Fitted with the original rubber hose, with brass marked Air Ministry attachment and bulldog clip. The hose is the correct Wartime pattern and remains supple but one area of damage see photograph. The overall condition is good and a rare opportunity to add an operationally used helmet to your collection.

Attributed to Jack Thomas who enlisted Padgate after April 1941. He volunteered for aircrew. He is noted as a Bomb Aimer  with 75 Squadron on Stirlings and later Lancaster bombers. Name and service number confirmed on the 75 Sqd website. He was commissioned LG 6th April 1943 with the Officers number 138463. Both his other rank’s and Officer service numbers are confirmed in the London Gazette. The 75 Squadron website includes an image of him, digital copy shown. The Air Force list show’s him as a Navigator., it is possible he re-mustered as a Bomb Aimer or the trade listed in the RAF list is incorrect and was not updated.  It was common for a Sergeant to complete a tour of operations and then be commissioned.
Link to 75 Squadron Operations
https://75nzsquadron.wordpress.com/witting-crew-4-9-43-empty/ 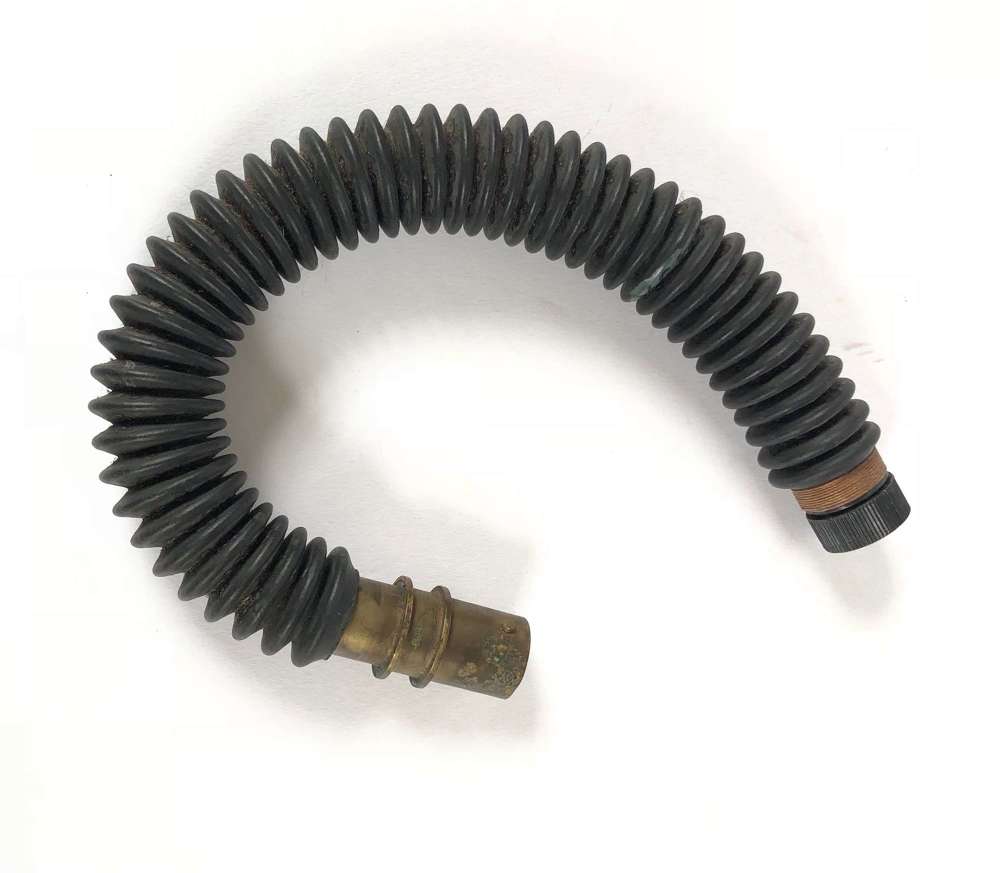 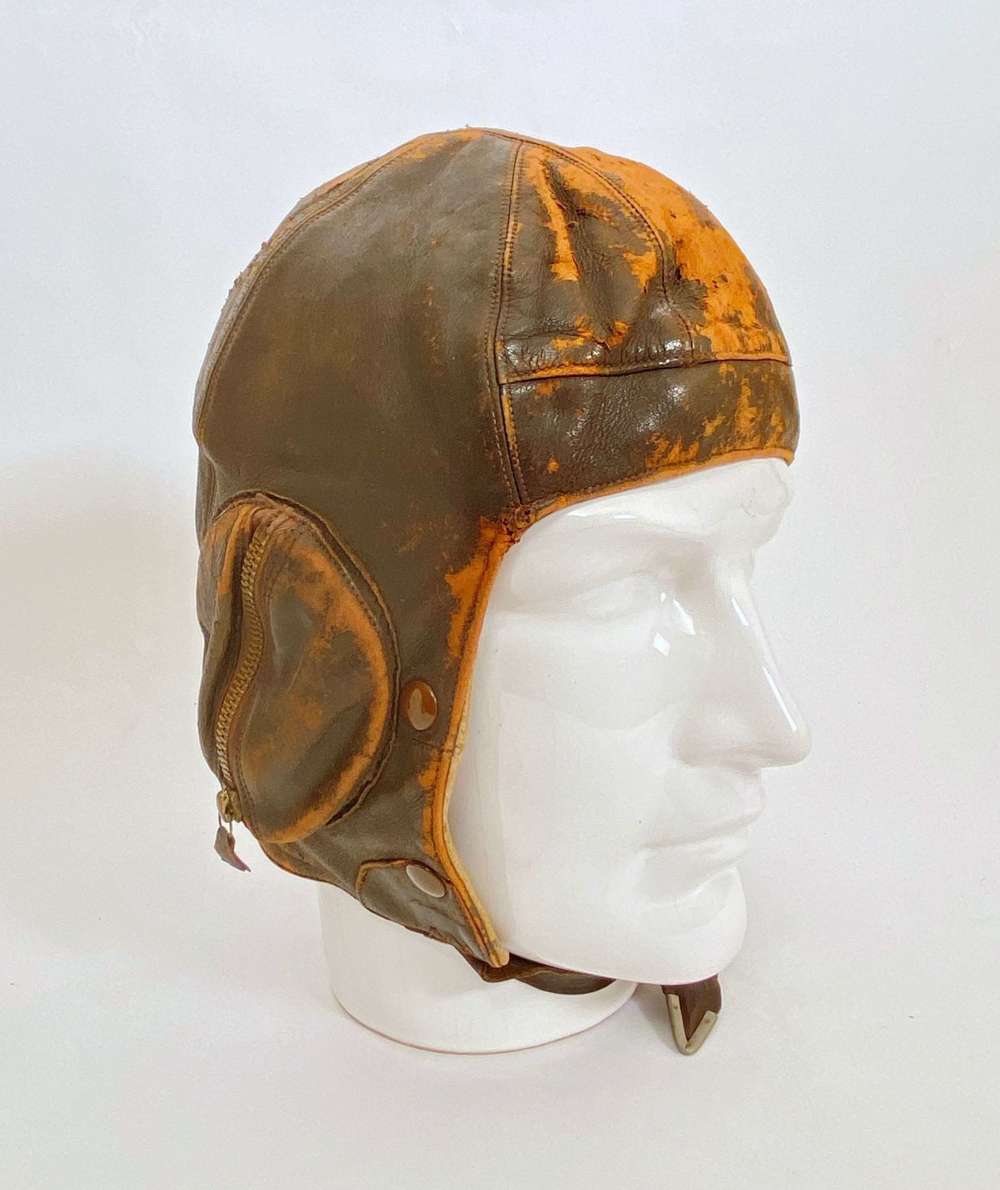 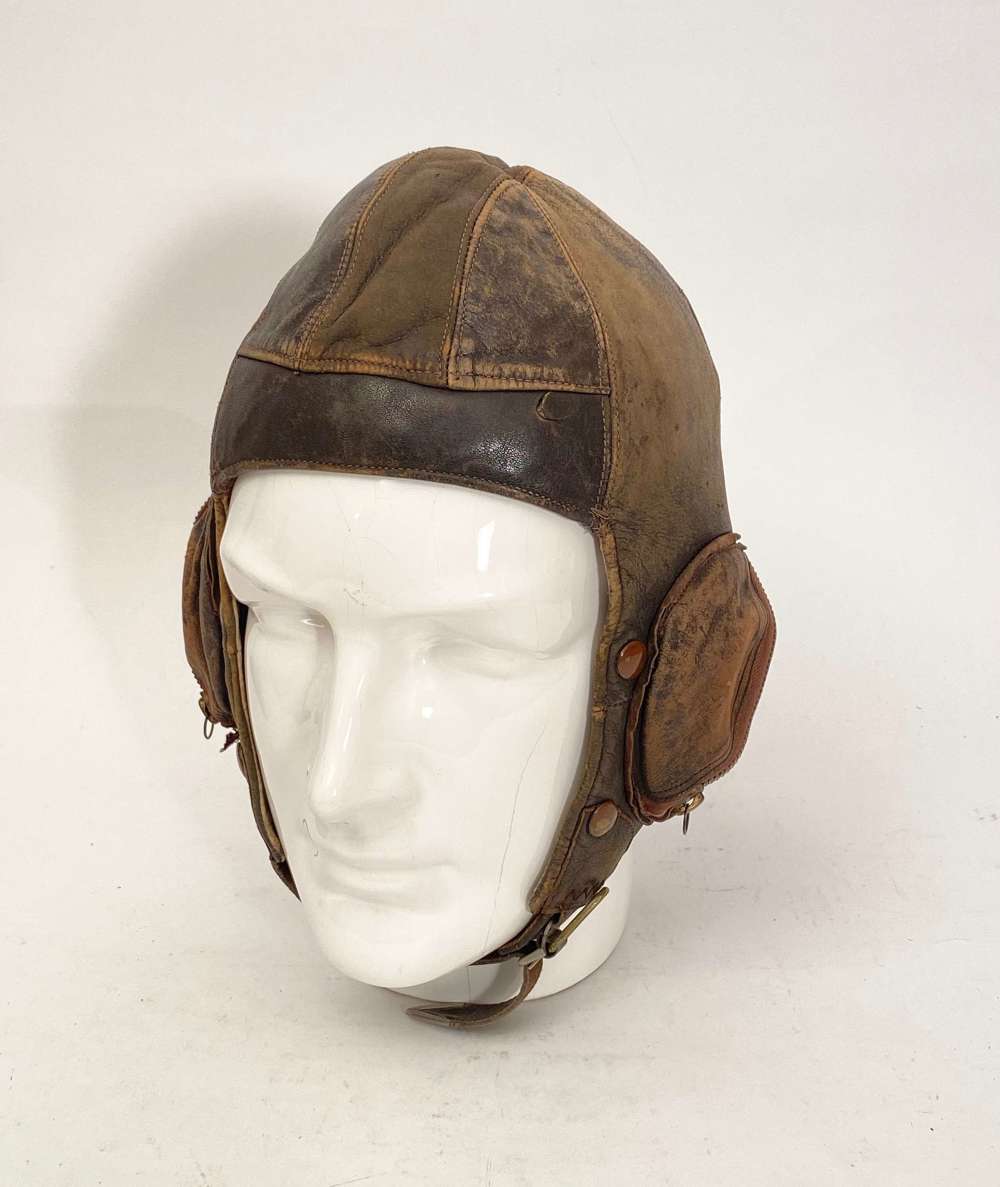 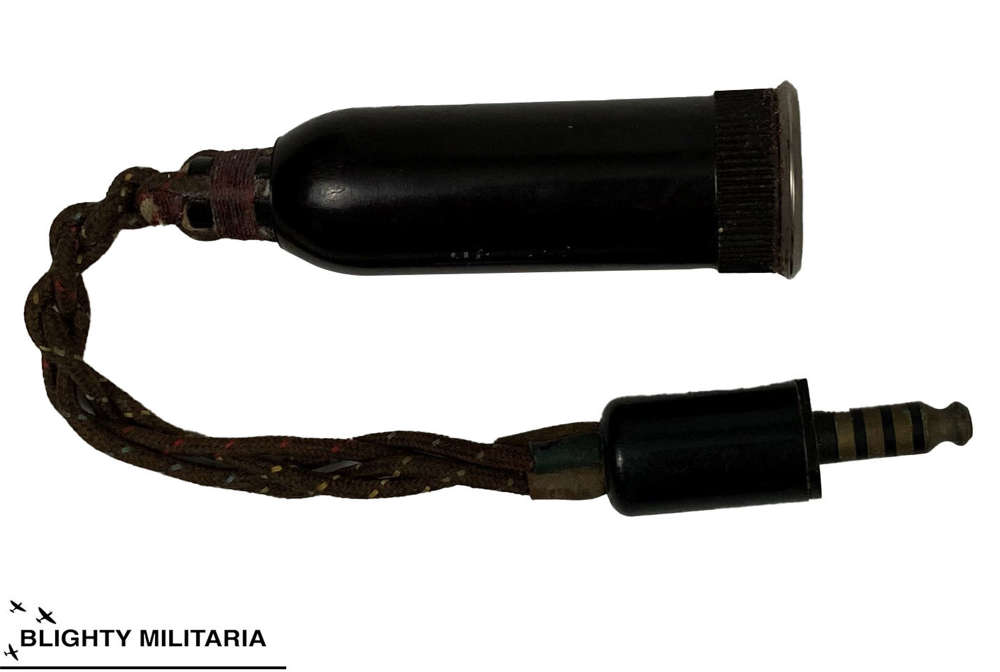