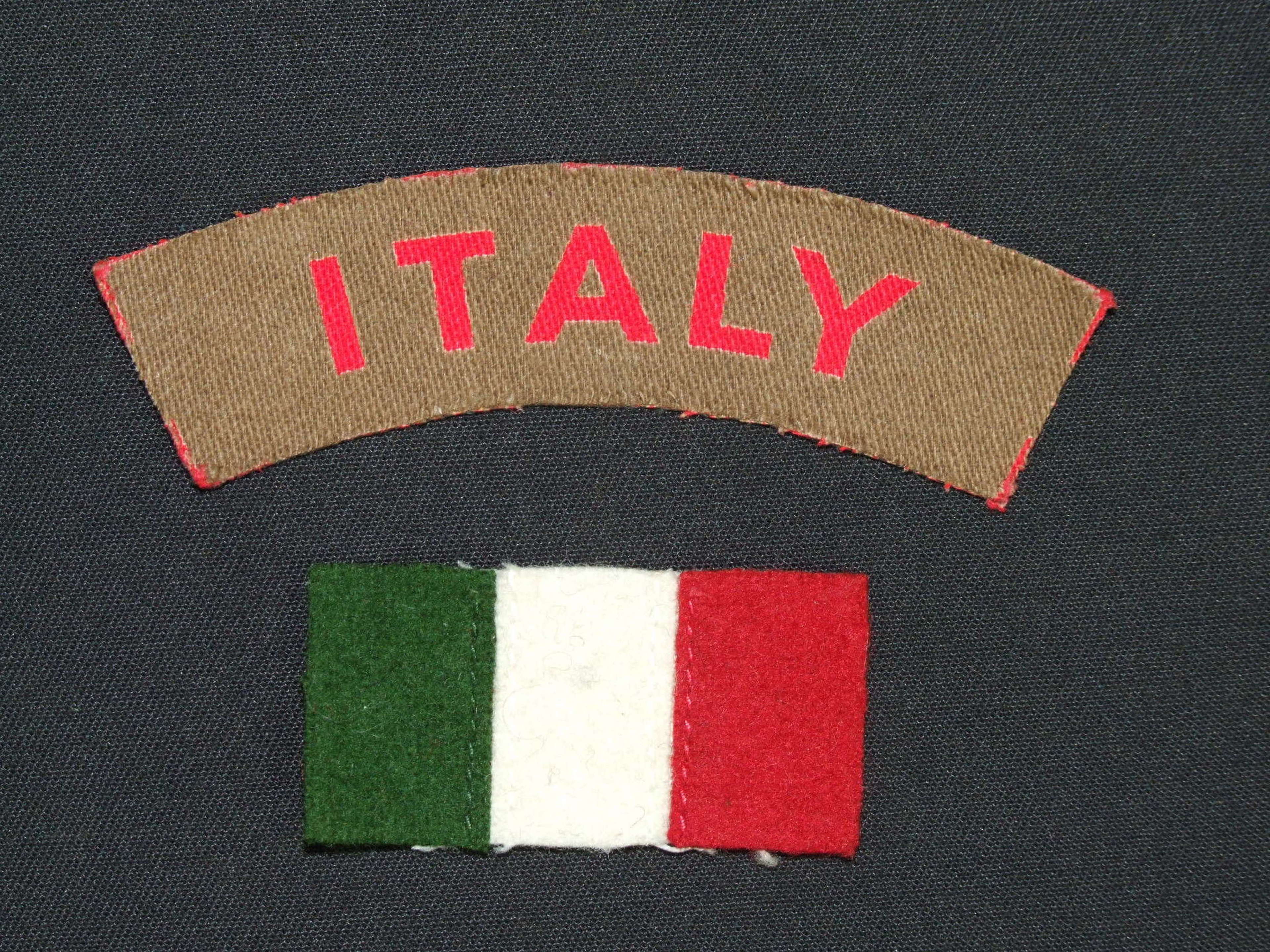 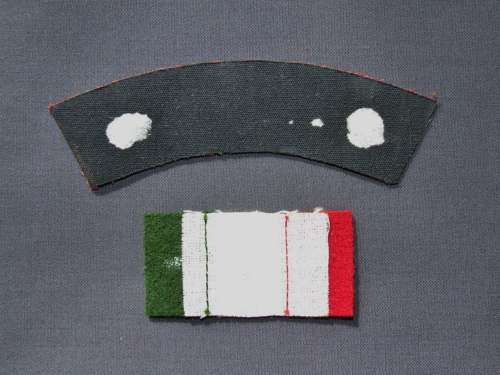 An unissued and scarce pair of post September 1943 Shoulder badges, one a printed “Italy” Shoulder Title, the other a Service Stripe in the Italian colours in felt.

Following the surrender of Italy and the formation of the new government a large part of the country became co-belligerent with the allies. Italian prisoners of war were offered the opportunity to become co-operators which meant camp security was relaxed and the fences removed.

The prisoners uniform was changed to a brown battledress with the “Italy” shoulder title and was later changed again to a uniform more closely resembling the Italian uniform, at which stage both the Shoulder Title and the Service Stripe were worn. 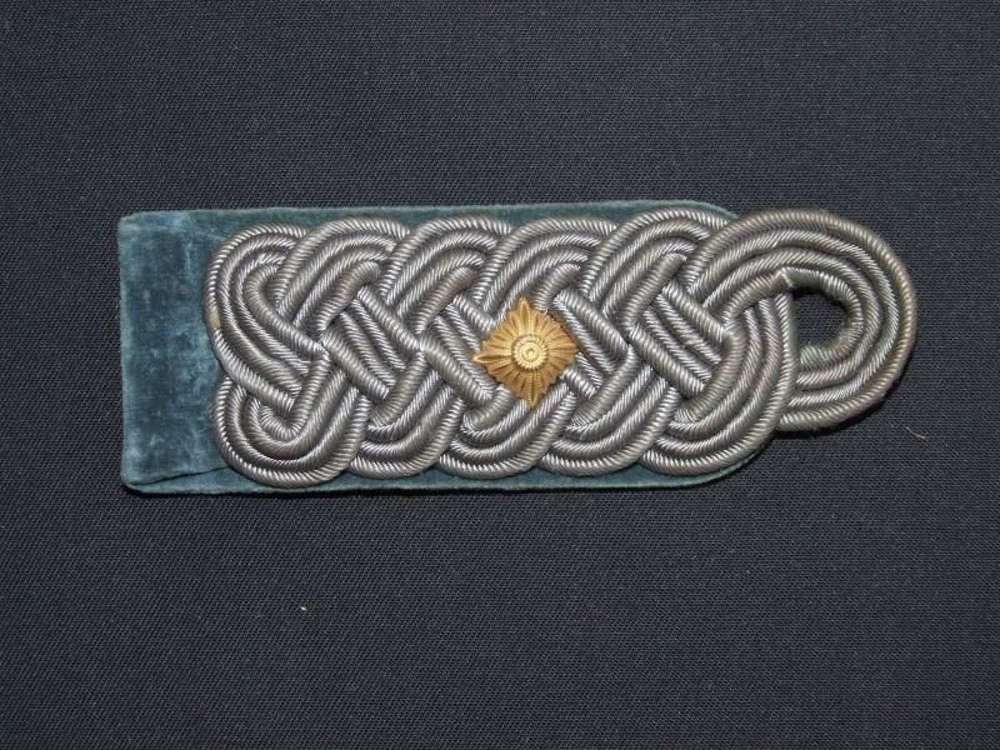 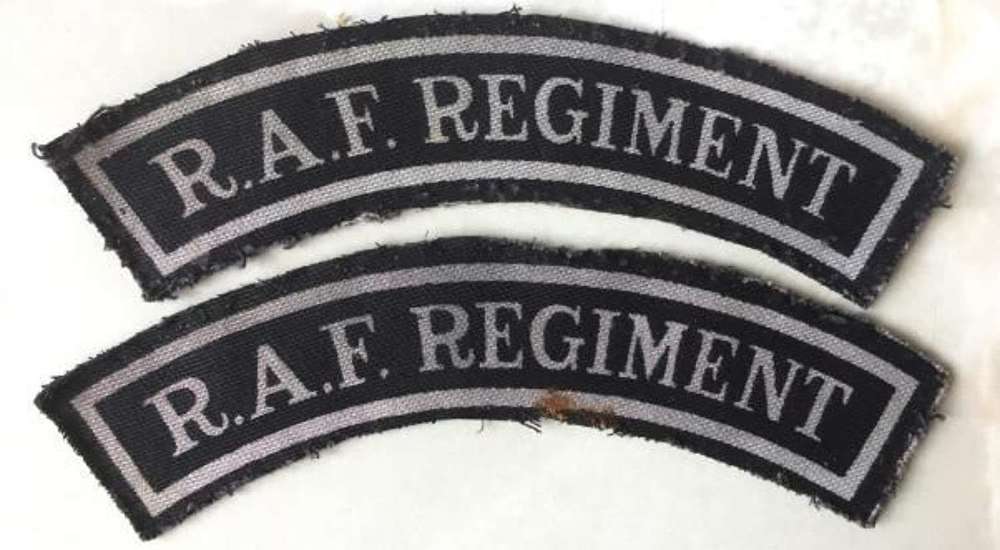