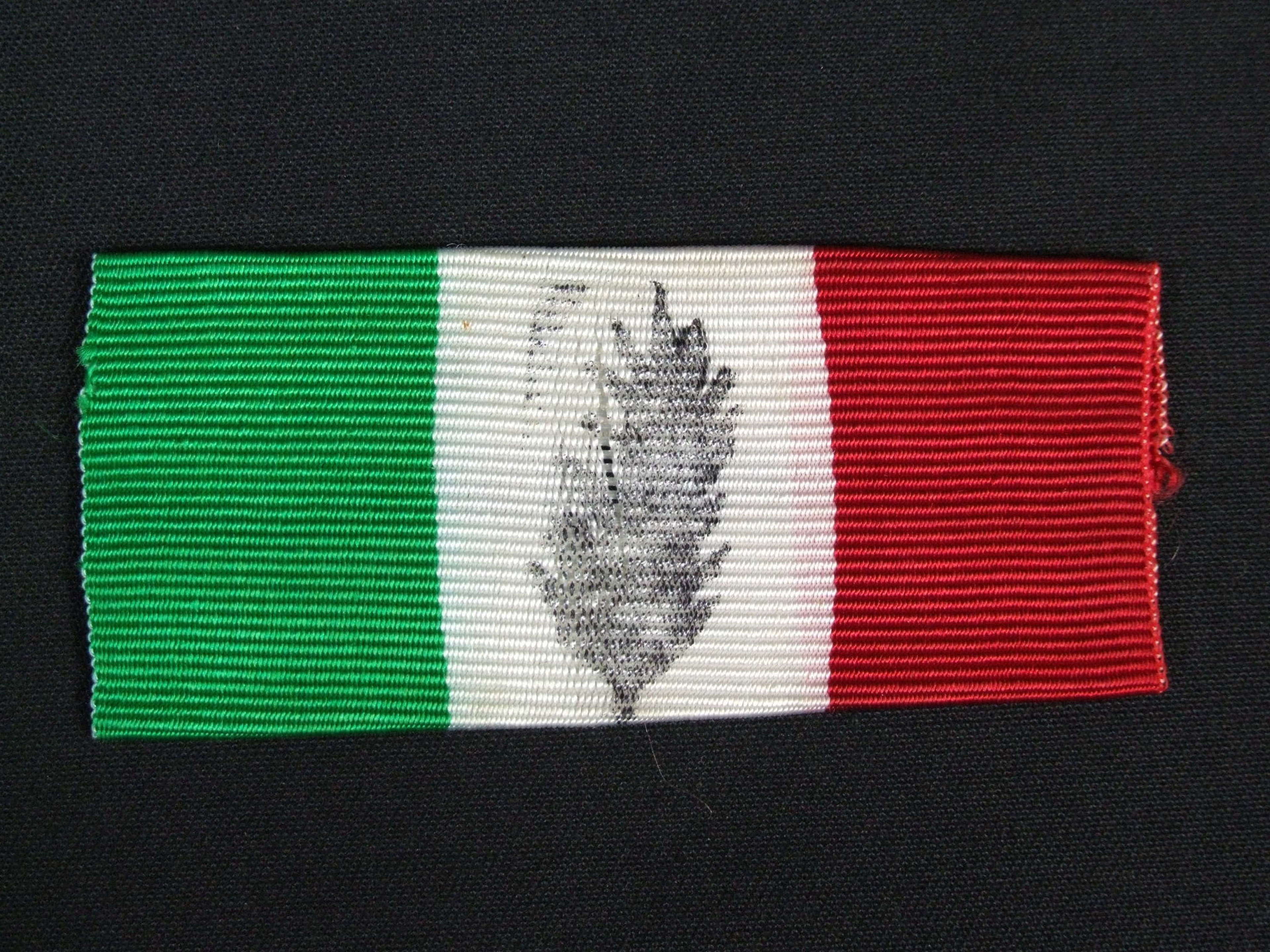 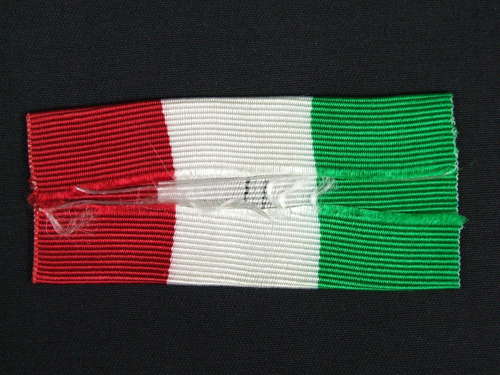 A scarce Italian Co-Belligerent Forces rectangular Arm Badge worn by members of the Army fighting alongside the allies after the surrender of Italy in September 1943. These were part of the Corps Italiano di Liberazione formed by the new Italian government.

The Badge measures 80mm x 35mm and is constructed in rayon with the stamp of an ear of wheat, indicating the Cremona Group, on the central white bar.

After the armistice this division in conjunction with the 20th Infantry Division "Friuli" and French Partisans engaged in heavy combat with the German Sturmbrigade Reichsführer SS and 90th Panzergrenadier Division on the island of Corsica. 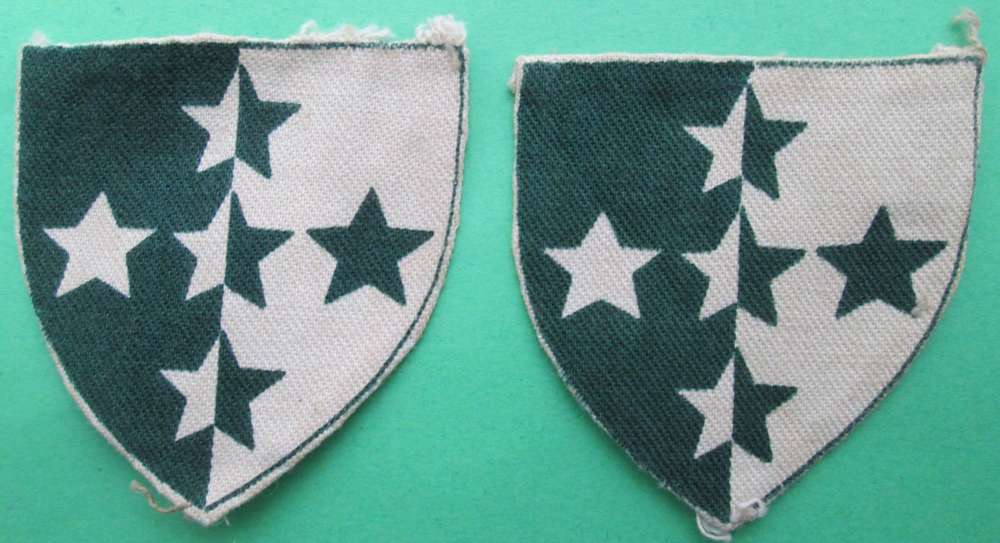