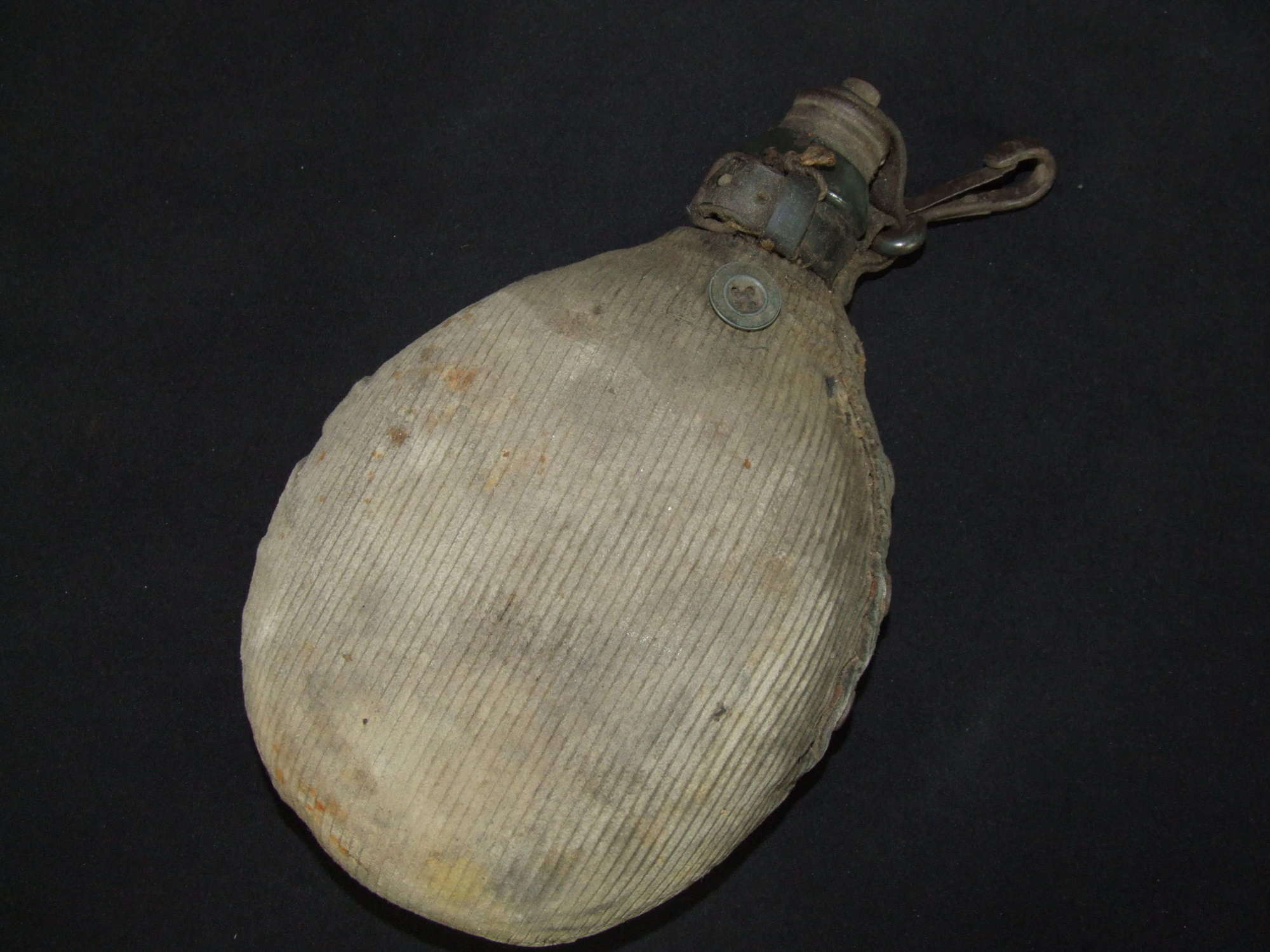 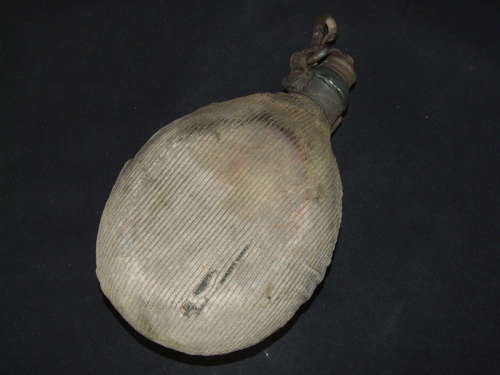 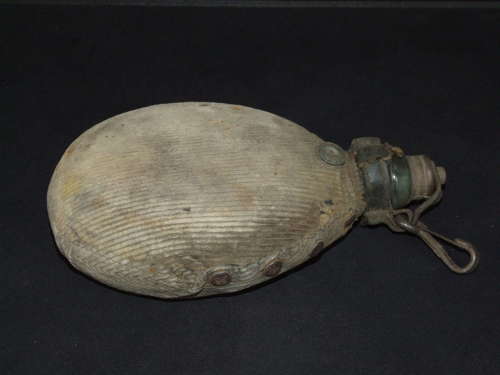 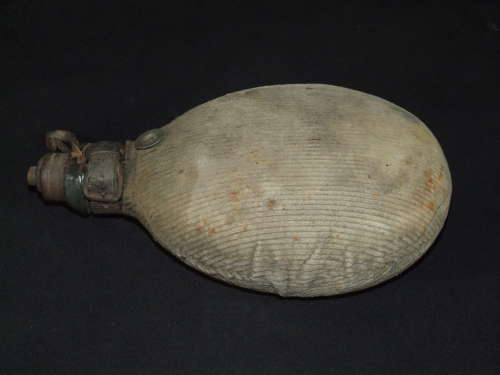 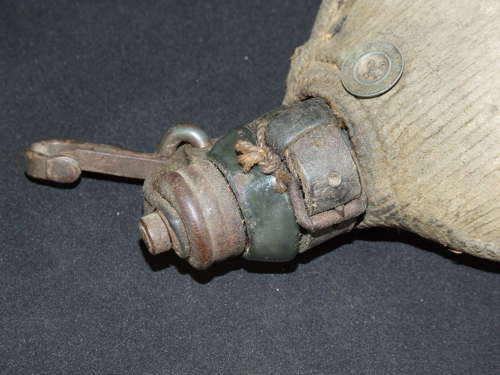 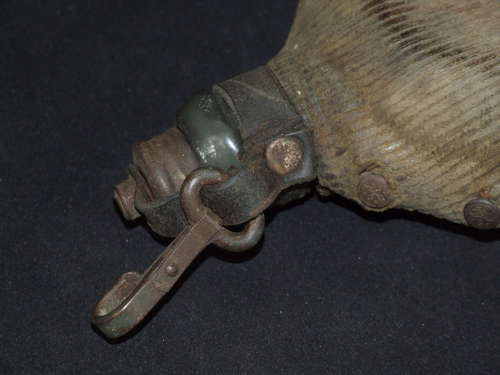 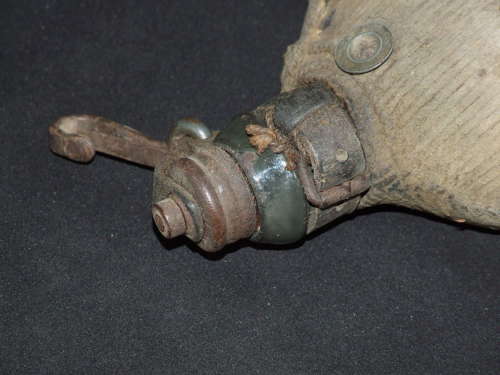 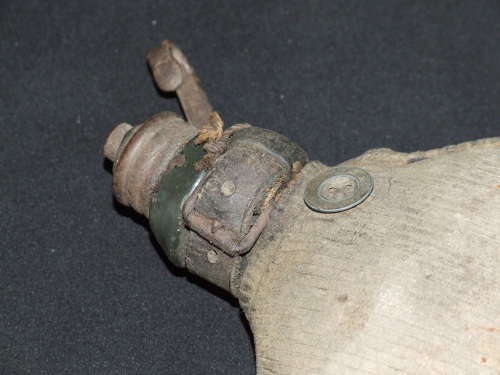 A good example of a WW1 German Water Bottle this being  the simplified “corked" and painted steel version first introduced in 1915, which then was further simplified mid war by the reduction of the leatherwork to just one strap to the Bottle’s top. This latter modification was officially sanctioned in 1917 though in practice it appeared much earlier. The Water Bottle is complete and in good condition overall. Its cover is of classic  wartime “ersatz” manufacture in grey corduroy which is undamaged aside from two small tears to the rear. The leather strap is strong with the sprung clip solid, undamaged and fully functioning. This Water Bottle can therefore be hung from a Bread Bag for display.  The original owner has sewn an issue trouser button to the front of the Bottle at the top which he has then used to secure the strap and clip via a piece of string to prevent it from spinning round, which  this simplified strap version was prone to do. The remnants of the piece of string the soldier used can just be seen surrounding the strap near the trouser button.
Code
55687
Period
WW1
Buy this item
Enquire Delivery quote Buy on dealer's website

Other items in Fuel & water cans

View all in Fuel & water cans 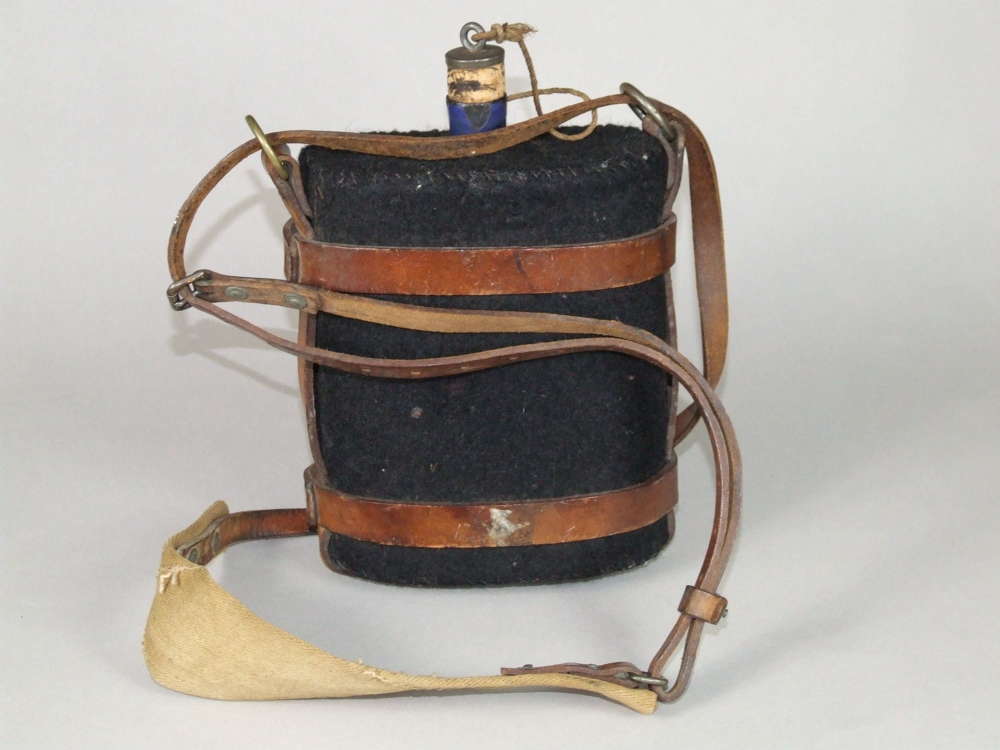 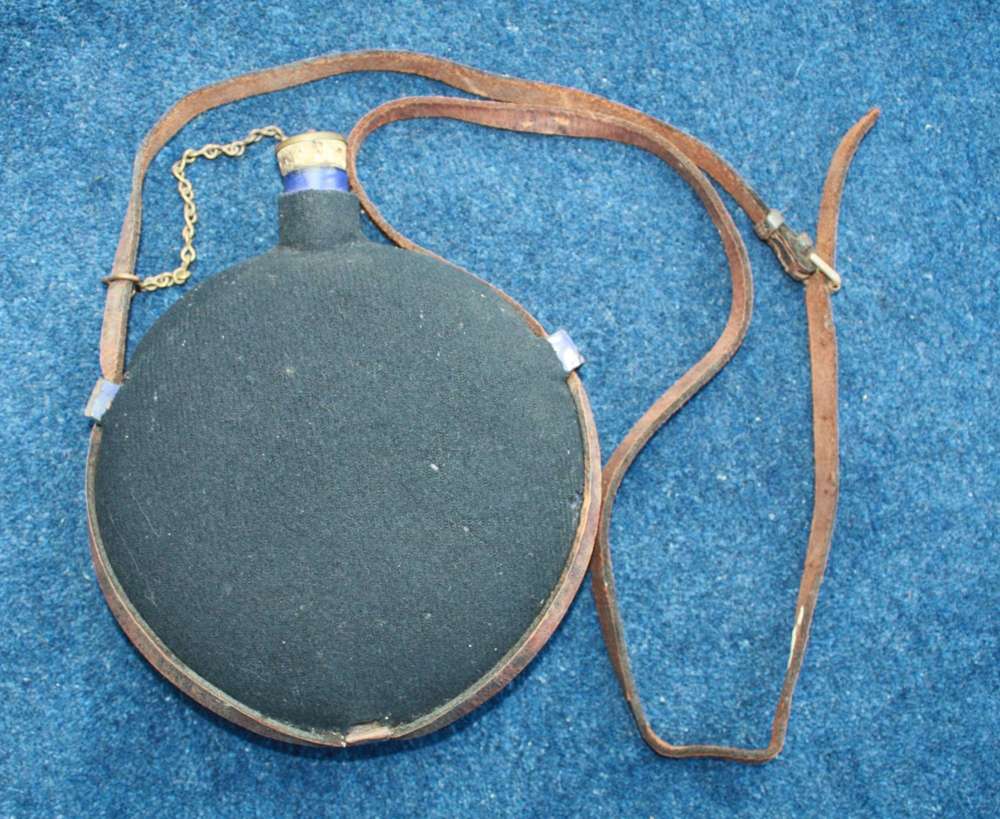 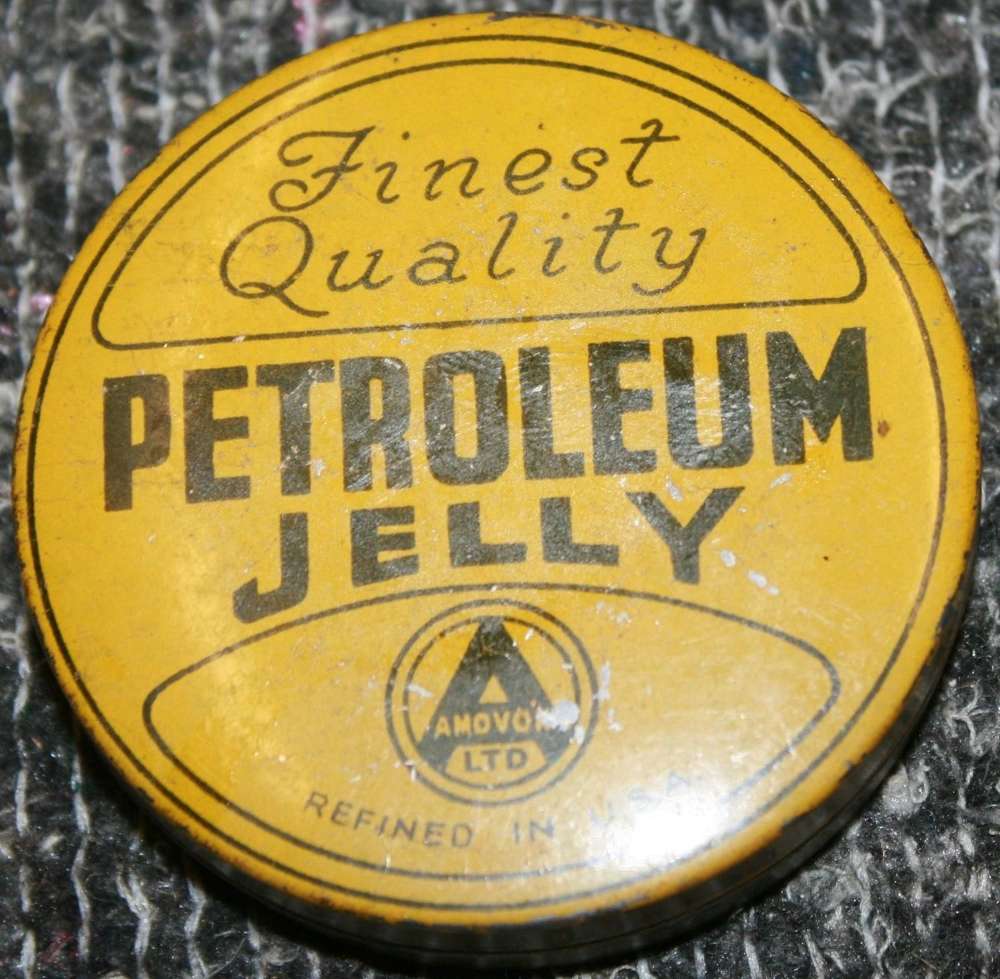 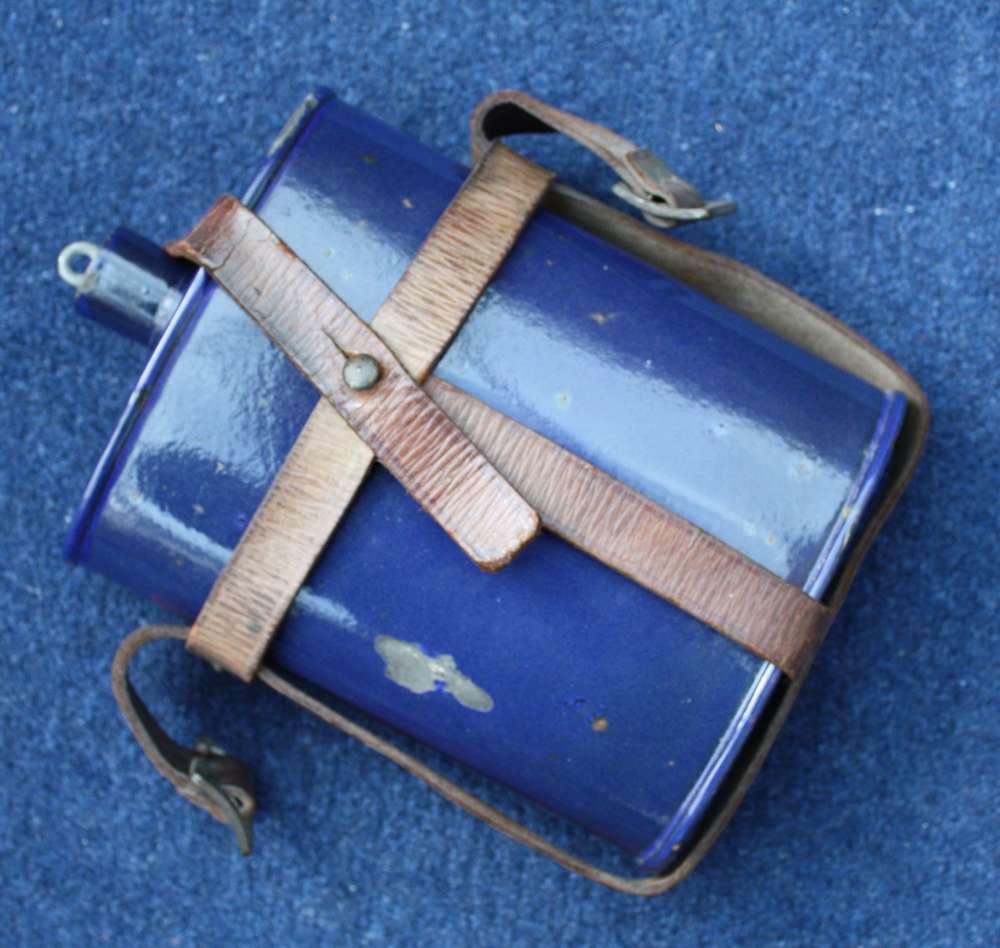 Traditions Badge of the 1st. Fallschirm Korps in Italy