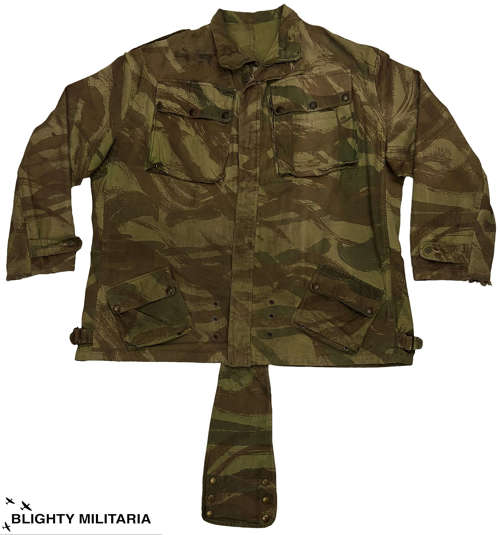 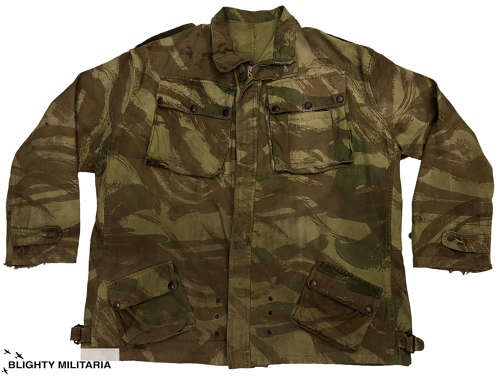 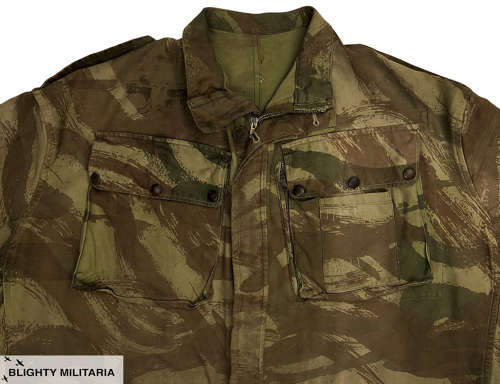 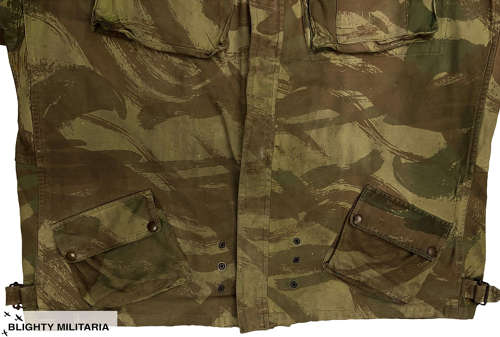 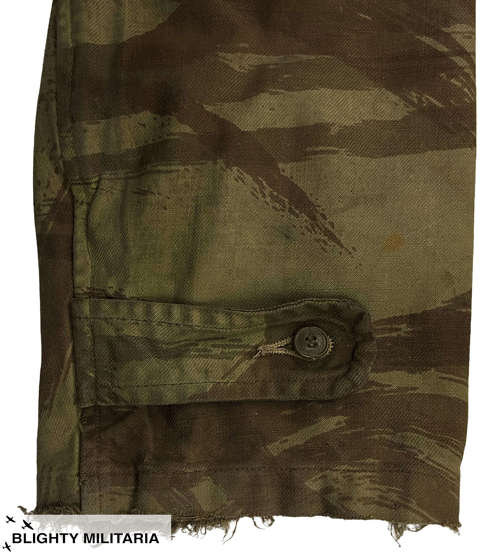 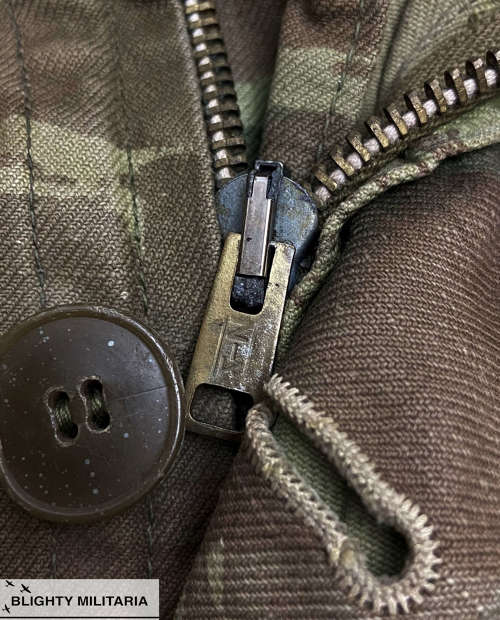 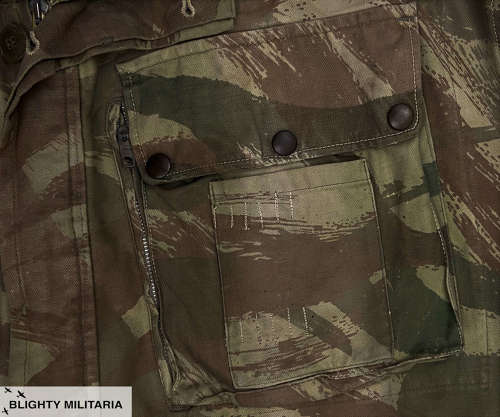 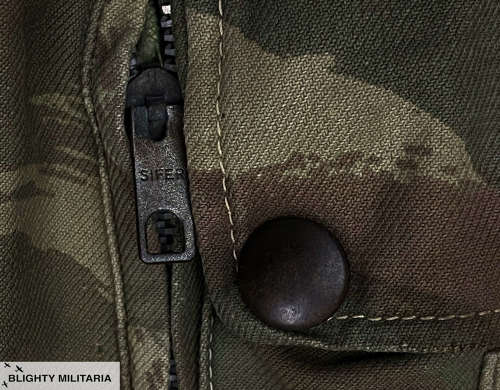 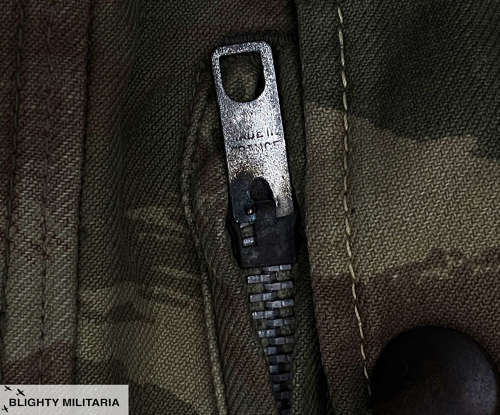 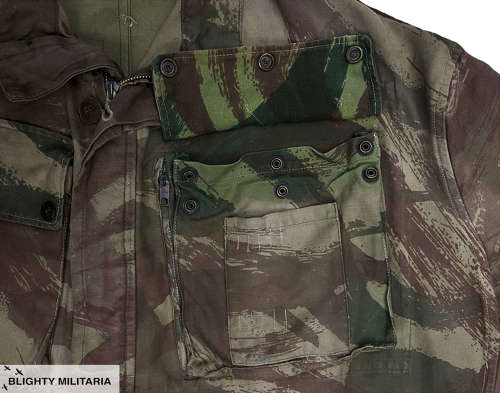 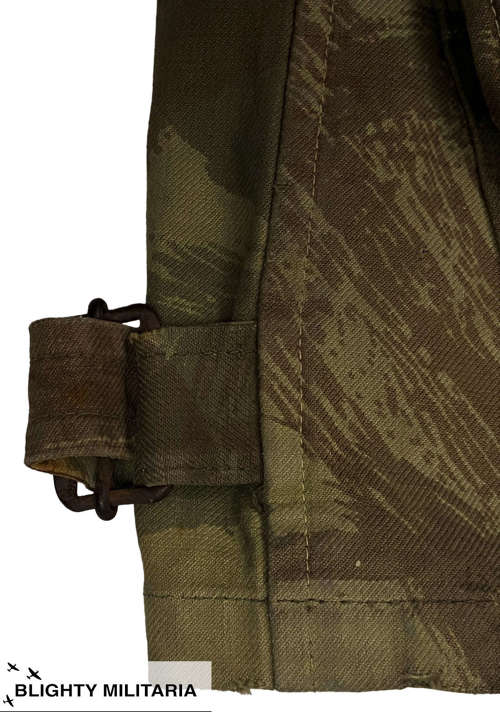 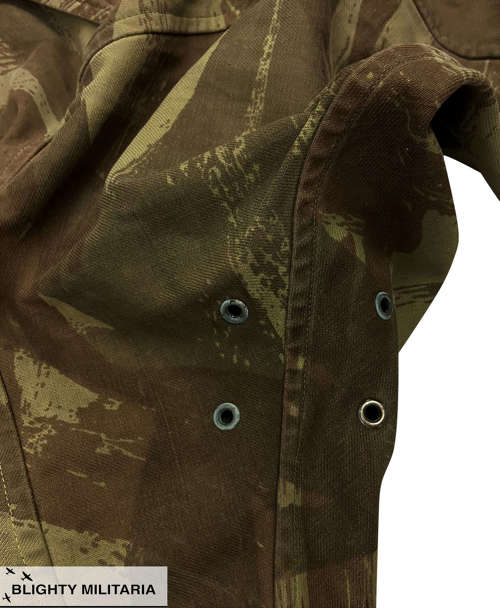 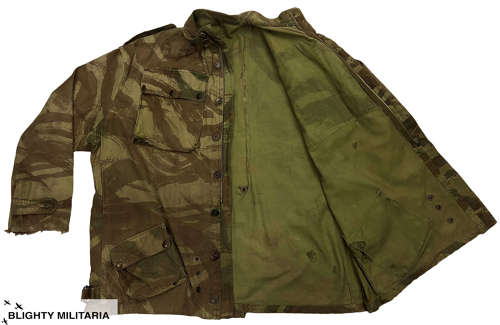 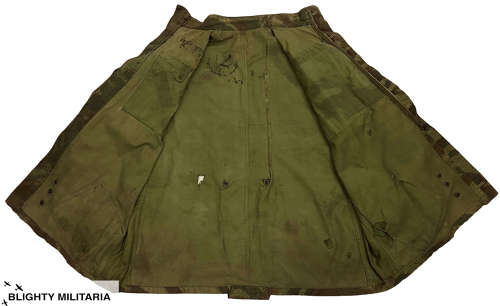 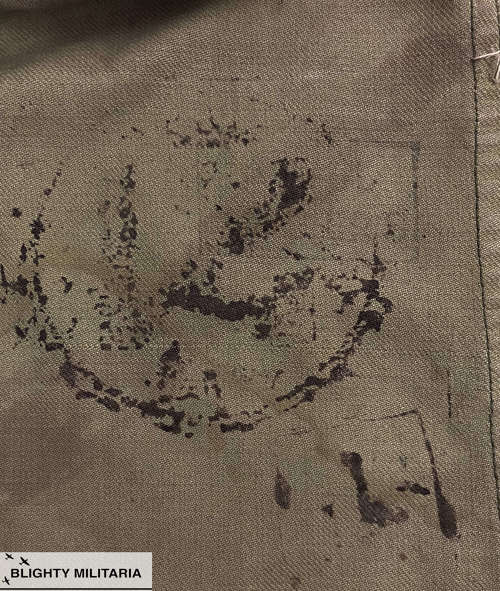 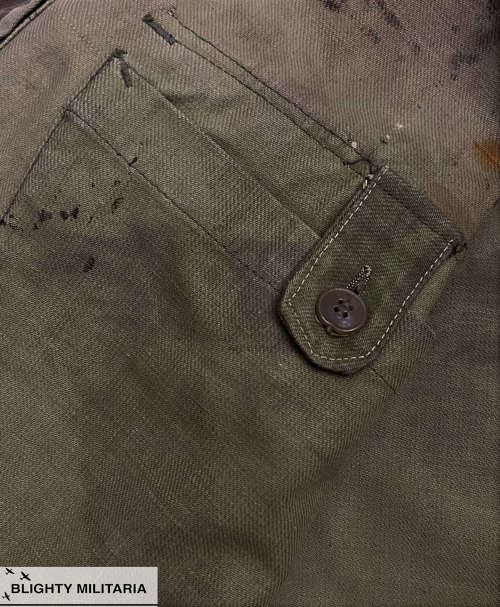 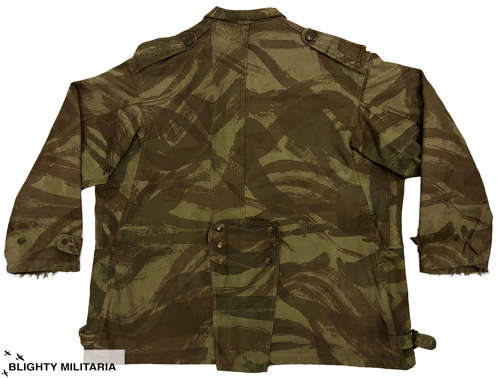 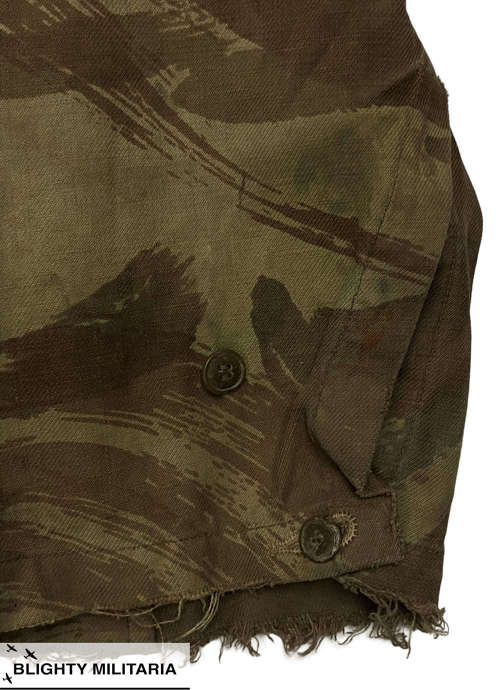 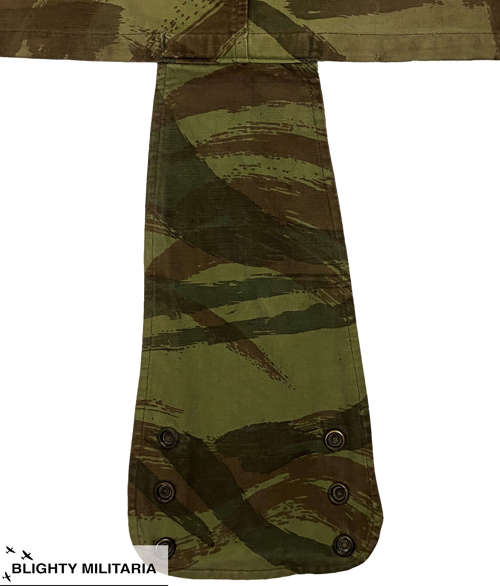 Following the Second World War the French Army immediately set about rebuilding. A new uniform was designed including items made in what is now often referred to as 'Lizard Pattern' camouflage. A specific jump smock and trousers was designed for parachute troops which was released in 1947. A version was made in Lizard Camouflage and proved popular. The design of the smock and the camouflage pattern clearly took their influence from the American jump smocks and British Denison smocks worn during WW2.

This pattern of smock was introduced in 1953 and is usually referred to as the 1953 modification of the 1947 Model. This pattern was worn by French paratroopers in Algeria during the 1950s and is now one of the most iconic camouflage patterns of the 20th Century. This example, like many others, was later issued to the Israli Defence Force in about 1965 and first seen in action during the 6 Day War in 1967, mainly by Israeli paratroopers and other elite units.

The smock is made from cotton twill which has had the camouflaged pattern screen printed onto it. This has faded with wear and use giving the smock and amazing patina. The front of the smock fastens with its original zip which is marked 'ZIK' and there is another, smaller zip to the left chest pocket which is maker marked 'Sifer'. The smock features two chest pockets as well as lower pockets which are angled - one of the key features of this pattern. Another key feature is the fishtail located to the rear which fastens with press studs to either the back or to the front when passed between the wearer's legs - another detail retained from the British Denison Smock. Waist adjusters which fasten with metal buckles are located to each hip and there are four metal eyelets to each armpit. There is a strap to each cuff which fastens with buttons and all of the buttons used throughout the smock are made from a natural source rather than plastic.

Inside the smock there is a single interior pocket which fastens with a button. The original manufacturer's markings are still present although they are faded. The IDF stamps are also present and have been applied over the maker's stamps.

Being a smock, this jacket is cut in a large, oversize manner to allow for free movement. When laid flat it measures -

The smock is in well worn condition with plenty of signs of use and age. There is fraying around the cuff, a hole to the rear and a tear next to one of the rear press studs and other staining and signs of use. It still displays well and has a great lived-in look to it. Please take time to stuyt the pictures before purchasing and bear in mind that this is a vintage, pre-owned item which has some flaws.

Whilst far from perfect this is still a great smock with loads of character!