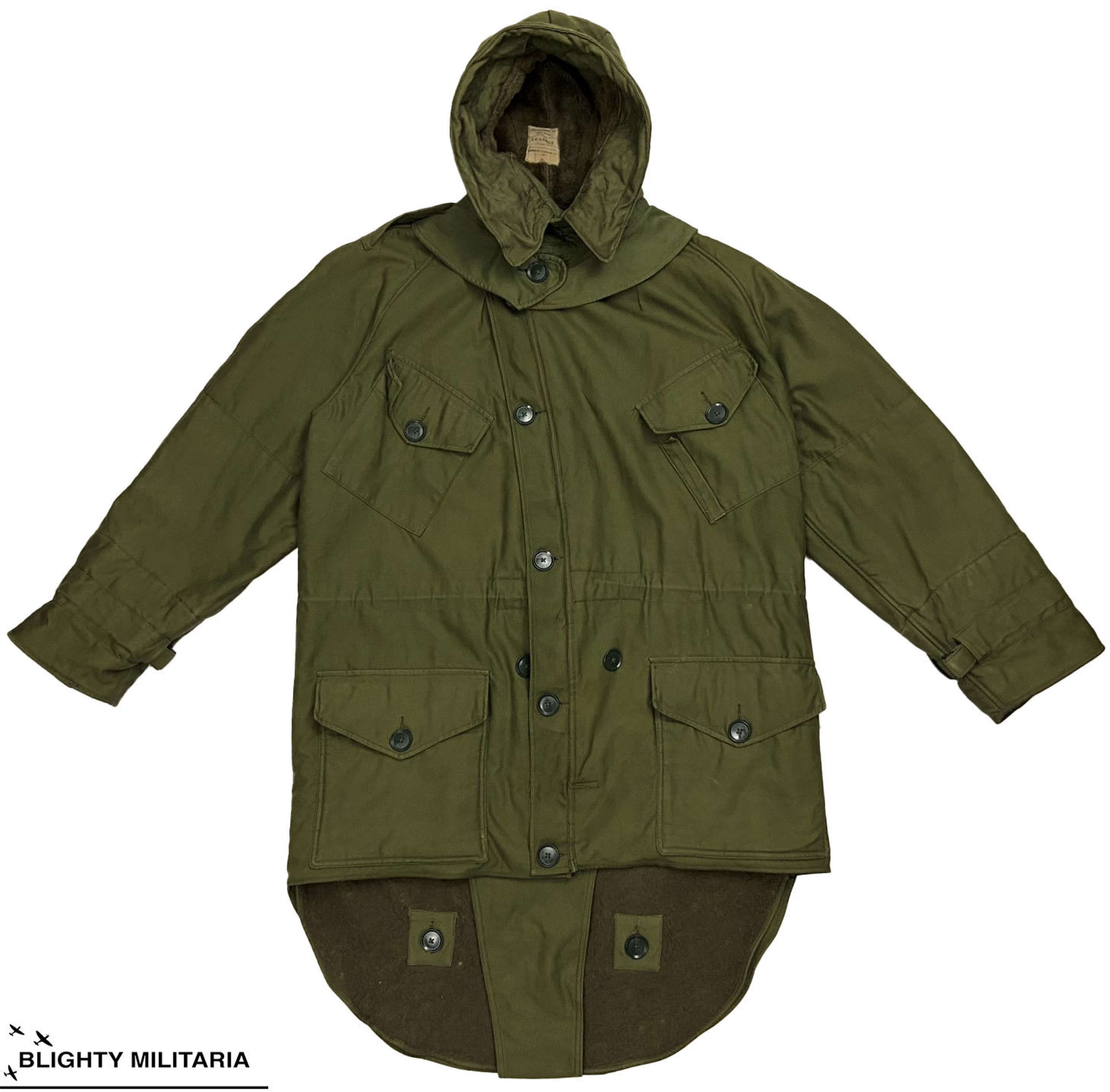 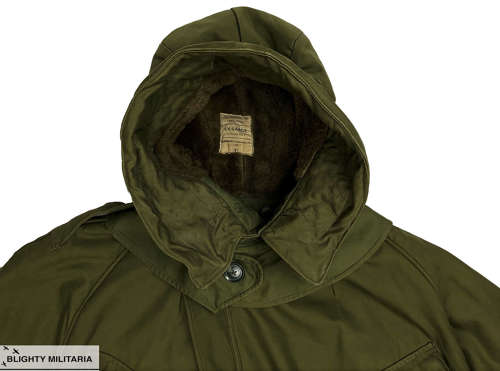 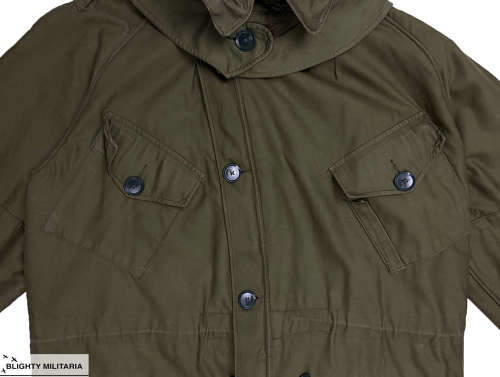 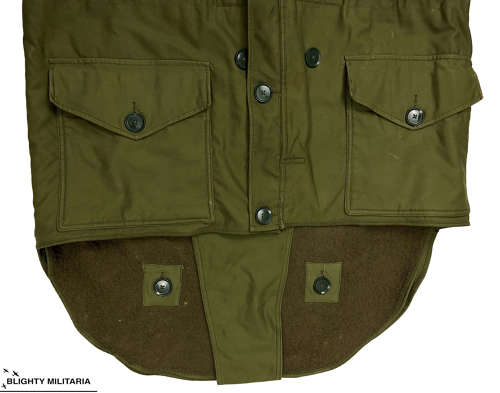 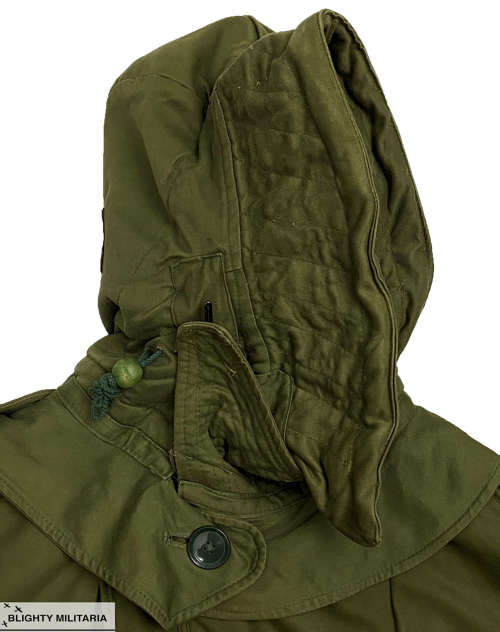 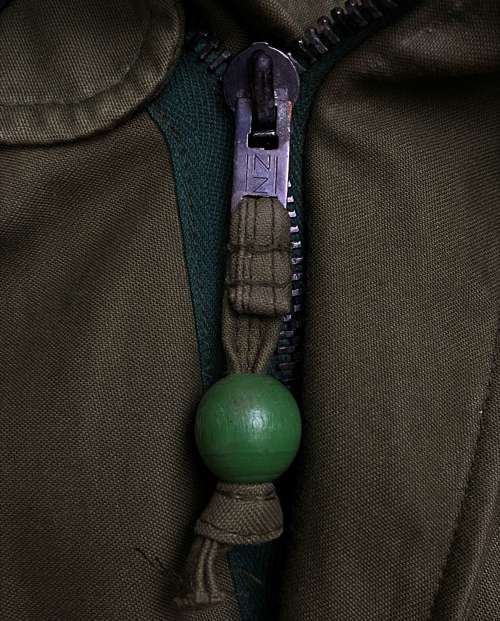 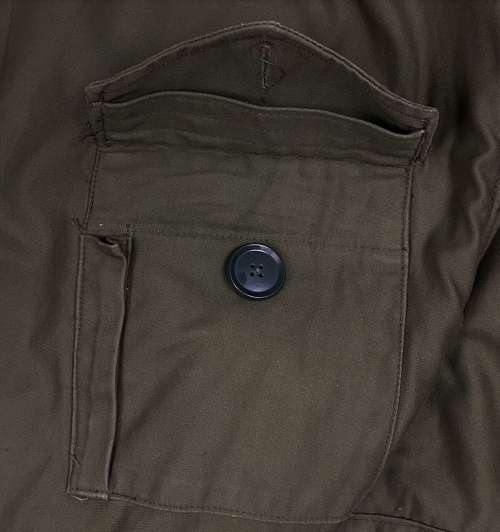 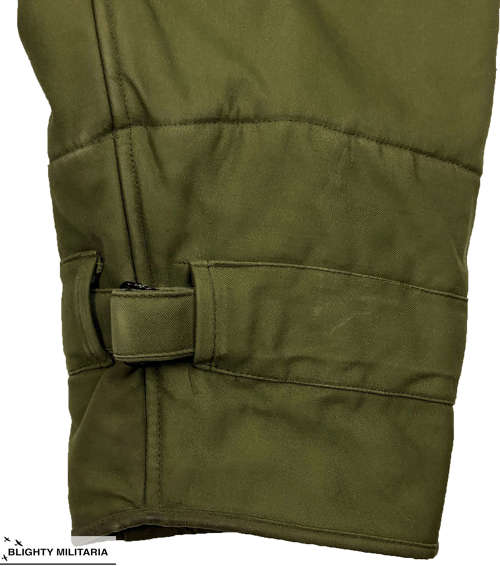 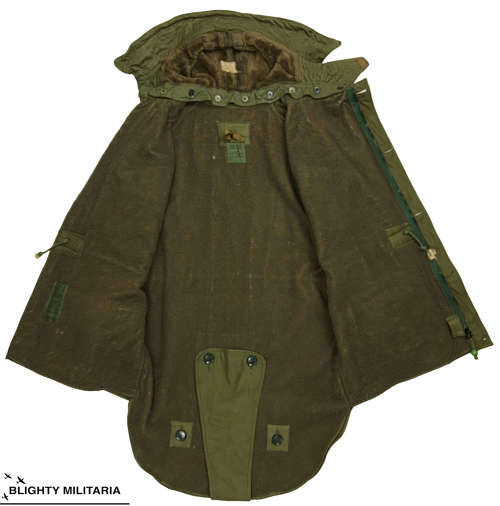 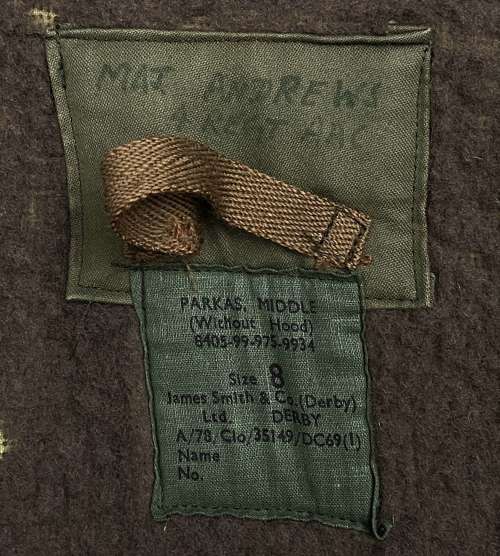 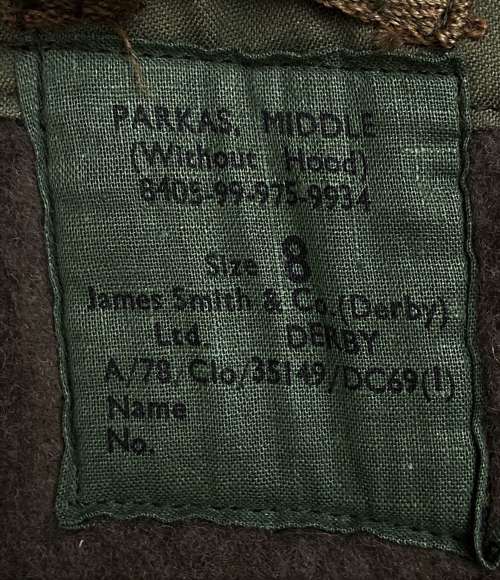 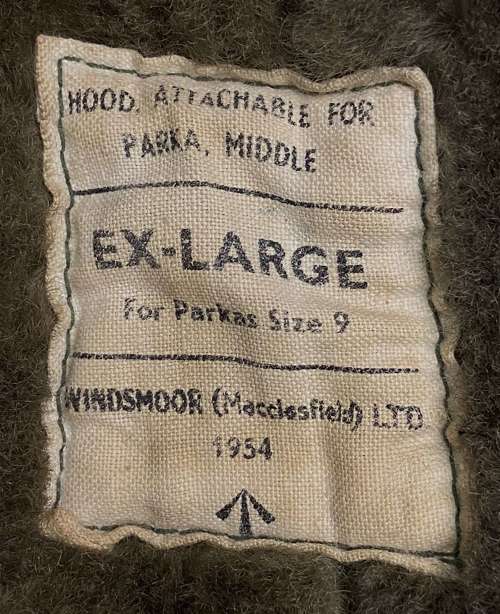 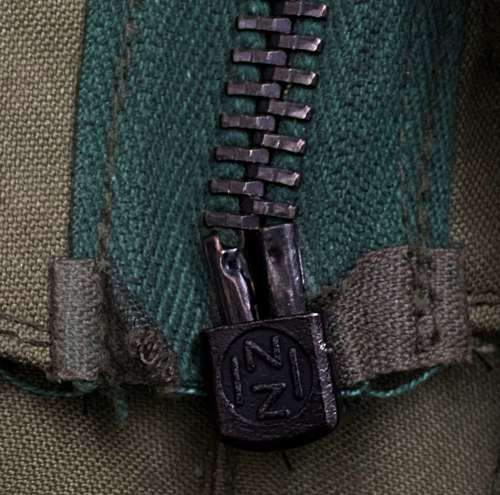 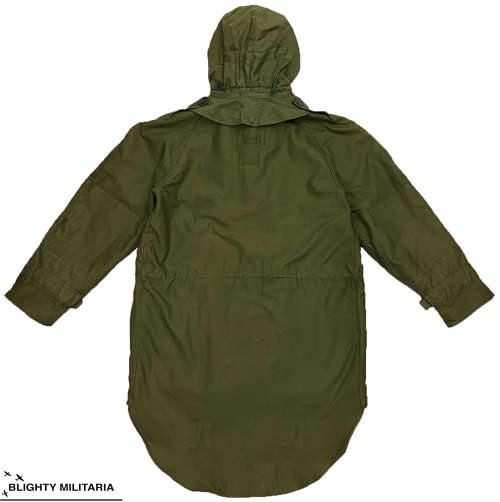 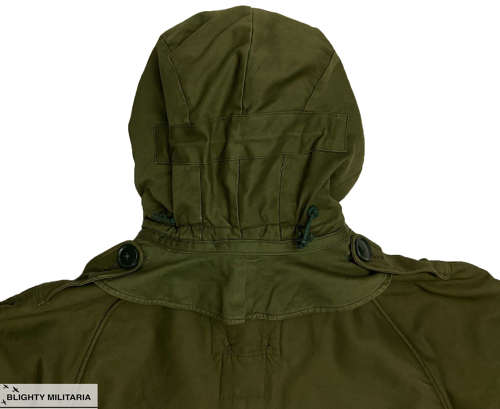 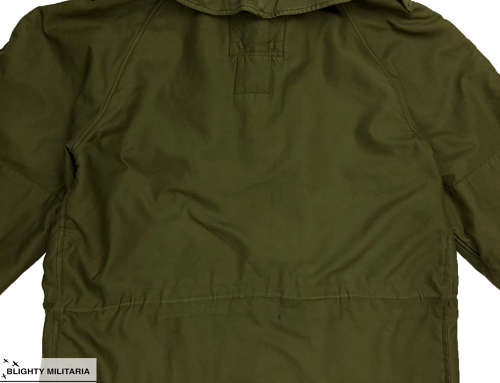 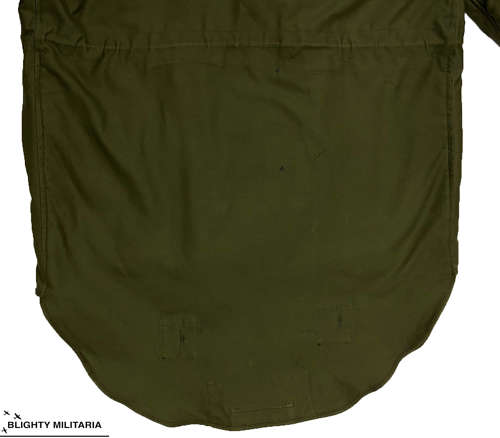 An original British Army Middle Parka dating from the early 1970s and complete with its original hood and in a large size.

During the Korean War it became evident that the British Army needed more suitable cold weather clothing. The greatcoat in issue at the beginning of the Korean War was not sufficient for the extreme cold temperatures faced by soldiers in Korea leading to the development of the Middle Parka.

Officially designated 'Parkas, Middle (Without Hood), this pattern of parka takes some of its influence from the American Army 'Fishtail' parkas used during the Korean War. The design is typical of British military wear of the 1950s featuring large light butterscotch coloured buttons and the same extended pockets which fold back on themselves under the flap which are also found on the Ventile Parka and Ventile Smock. The main body of the jacket is made of green cotton sateen and features a thick fur lining. An 'NZ' brand zipper is fitted to the front and is again typical of the period.

The drawstring located to the waist is still present inside the coat as is the fish tail which is fastened inside two buttons. Both the original labels are still present and are bright and legible. The one to the hood bears the size of 'Ex-Large, For Parkas Size 9' and the makers name of 'Windsmoor' of Macclesfield. The 1954 date is present as is the War Department broad arrow marking. The coat also retains its original label which bears the size of 8 and the maker's name of 'James Smith & Co (Derby) LTD'. The A/78 contract number is also present and dates the coat to the very early 1970s.

The original owner has marked his name above the label which reads 'Major Andrews 4th Regt AAC'. The 4th Regiment Army Air Corps was formed in 1969 and saw service throughout the 1970s which ties in well with the date of the jacket. It is quite possible that further research can be carried out.

The parka comes complete with its original hood which is in good condition. Again in common with the RAF 1951 pattern parka the hood features a wire inside the brim to help keep its shape. The drawstring is fitted with a wooden ball to each end to make it easier to handle when wearing gloves which is yet another feature in common with the ventile garments.

The coat is a large size which would have been labelled as an 8. When laid flat it measures -

The coat is in excellent condition as can be seen in the pictures. It is in almost mint condition although it does have a few small marks to the exterior and some small areas of the fur lining are missing. Whilst it has clearly been issued and worn it is still a very fresh example which would be hard to better. Please study the pictures before purchasing.

A very nice and complete example in a hard to find large size and with AAC history. 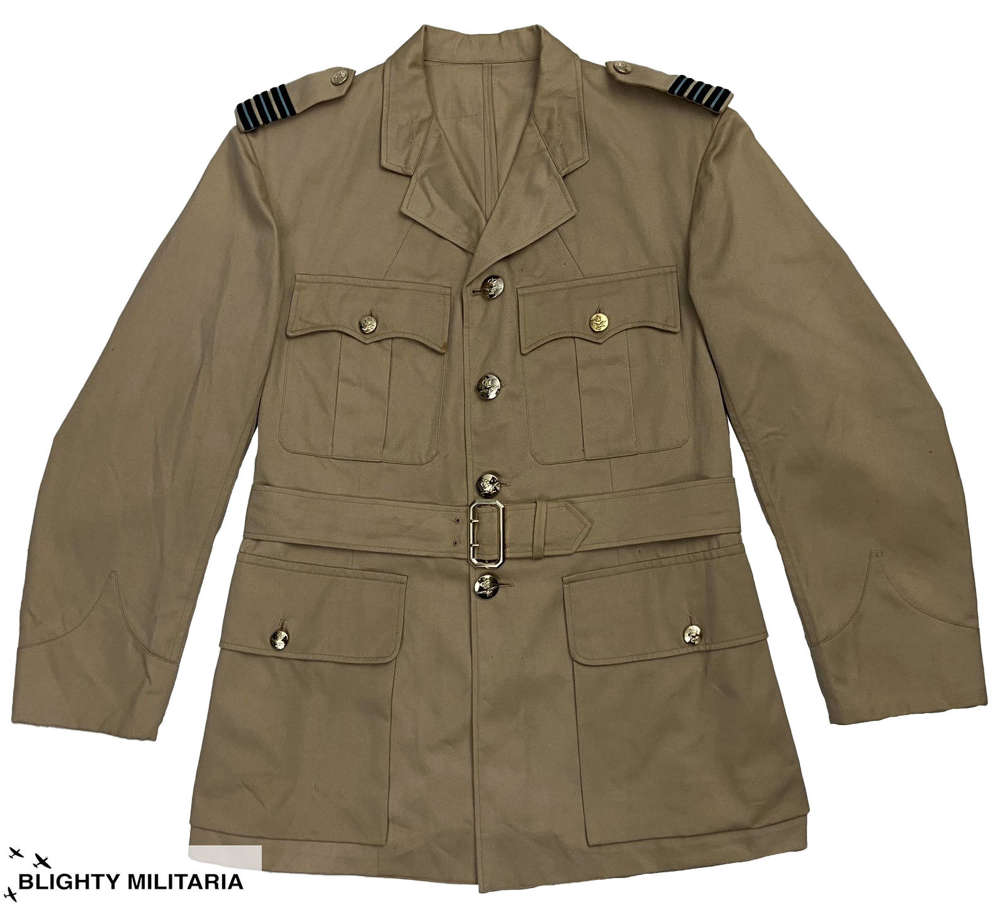 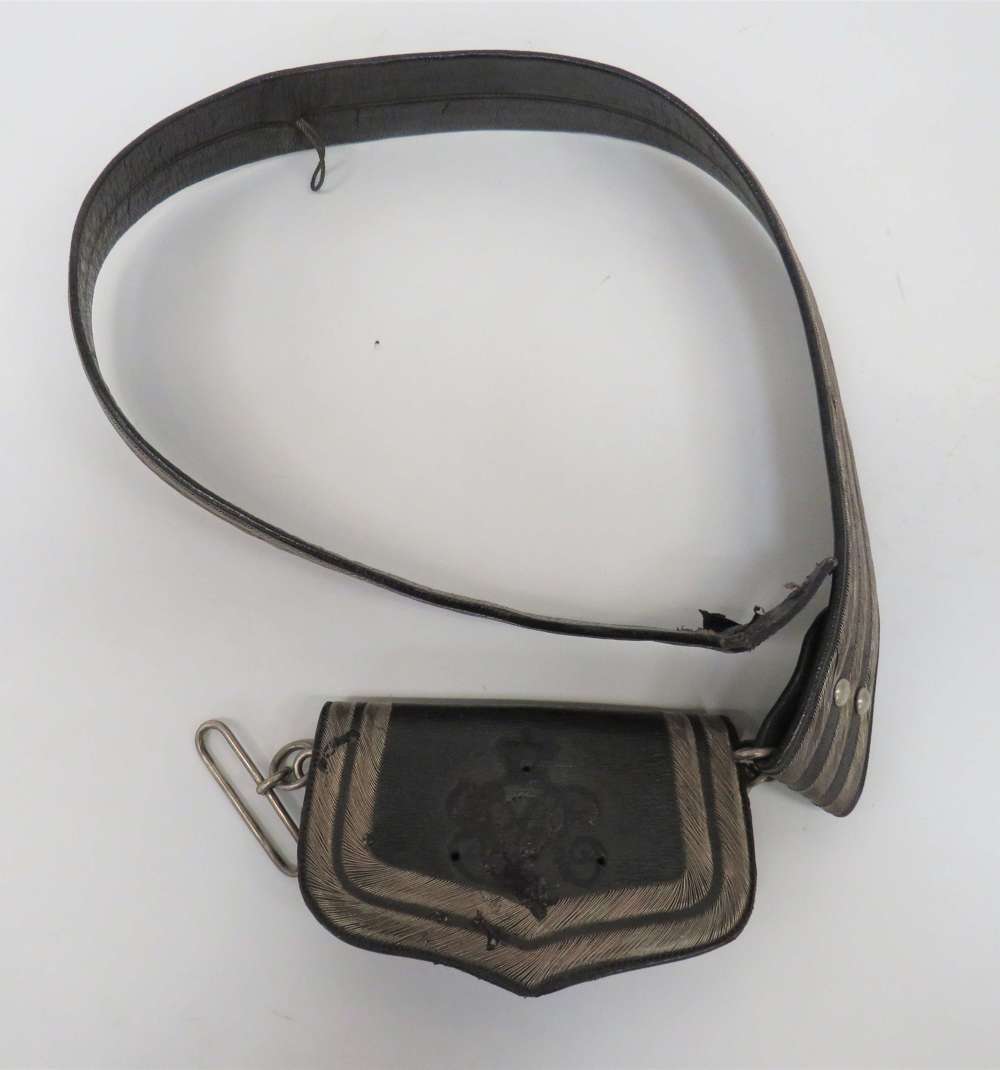 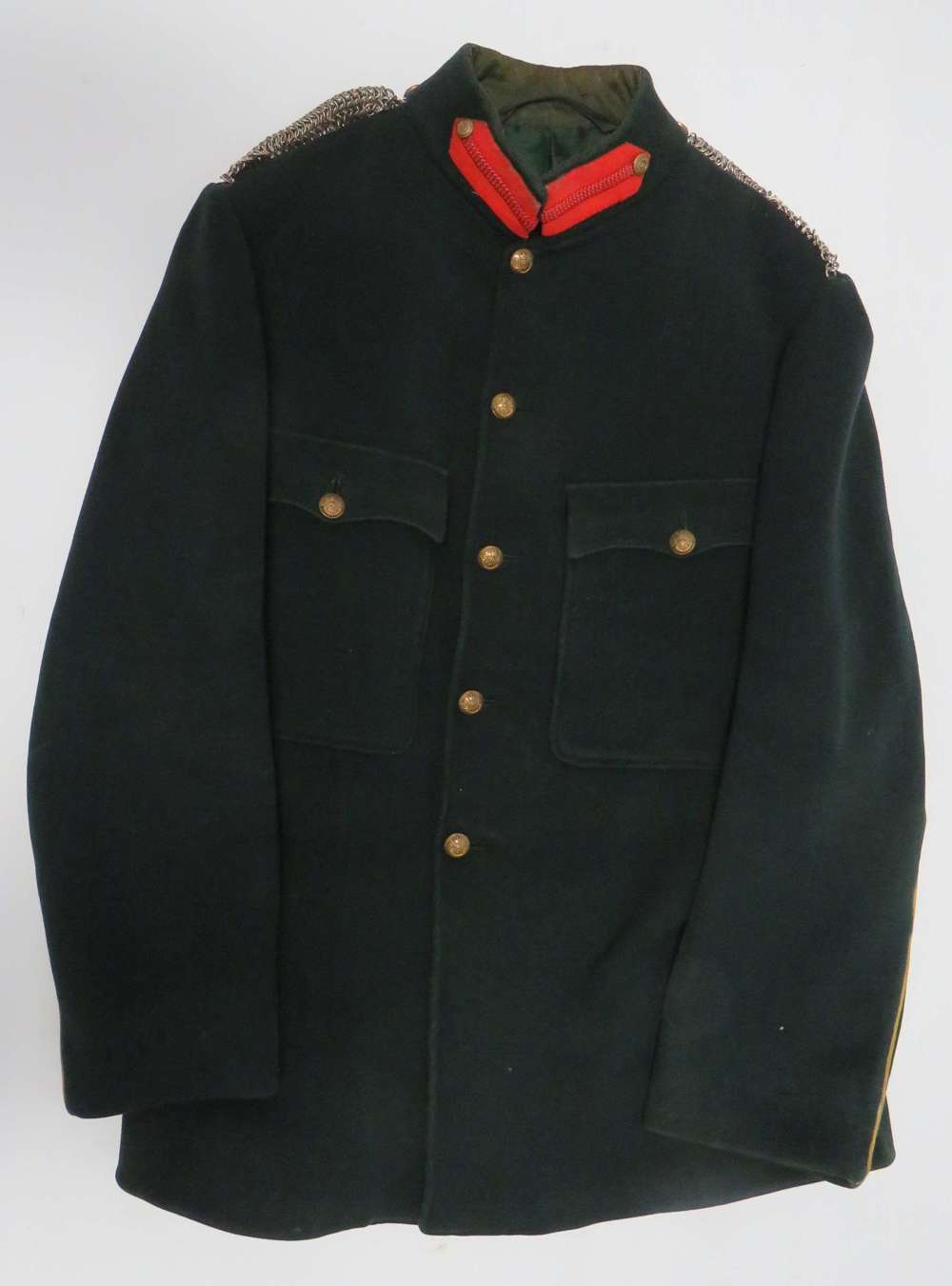