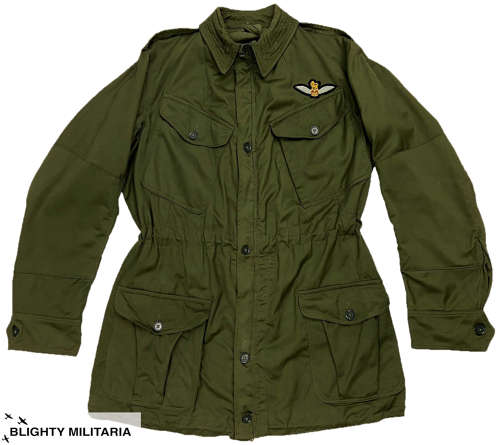 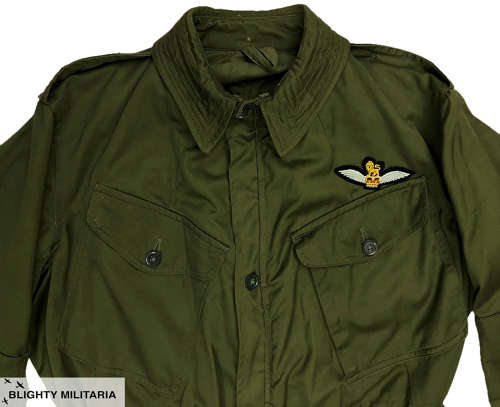 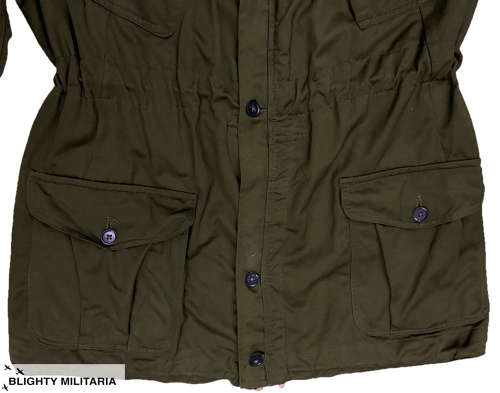 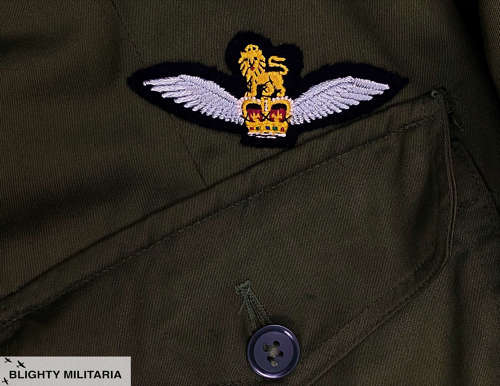 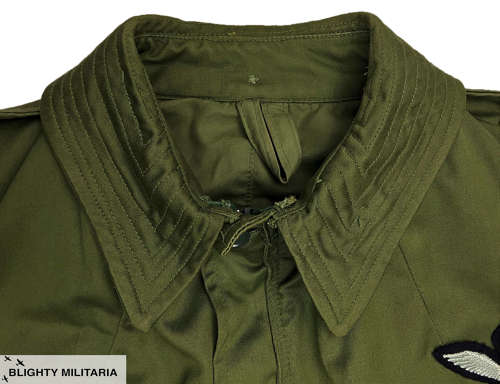 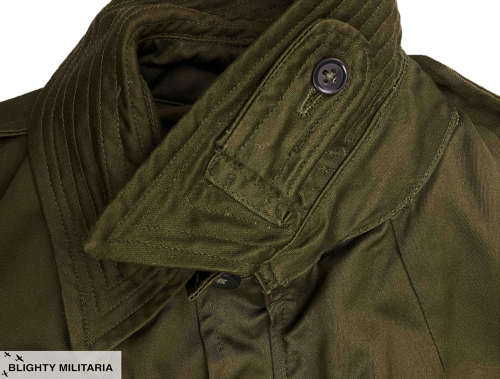 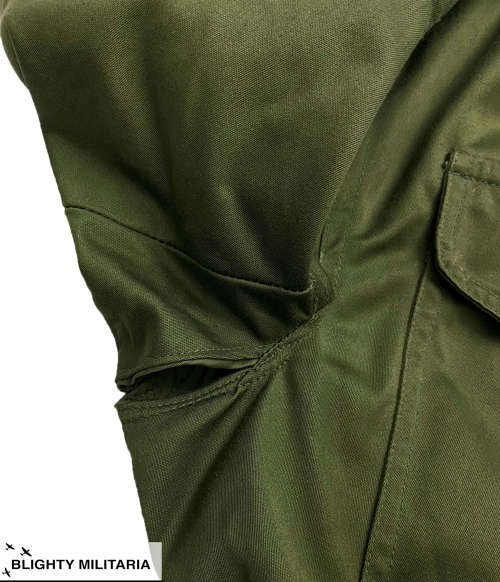 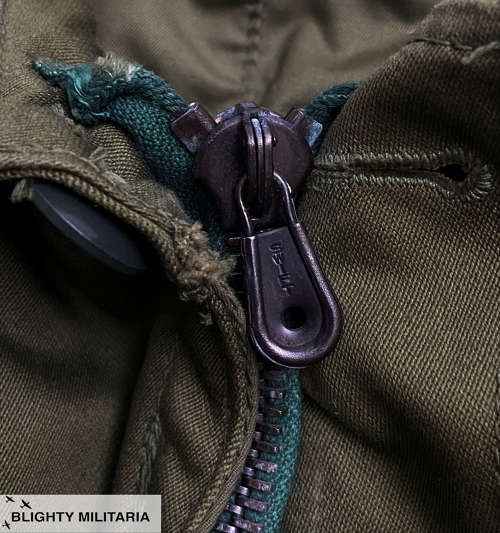 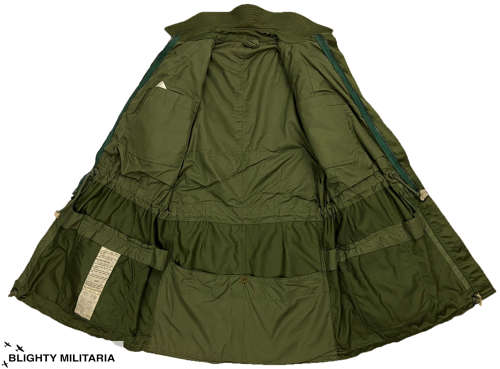 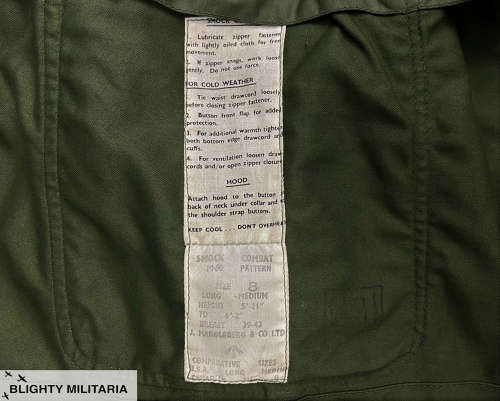 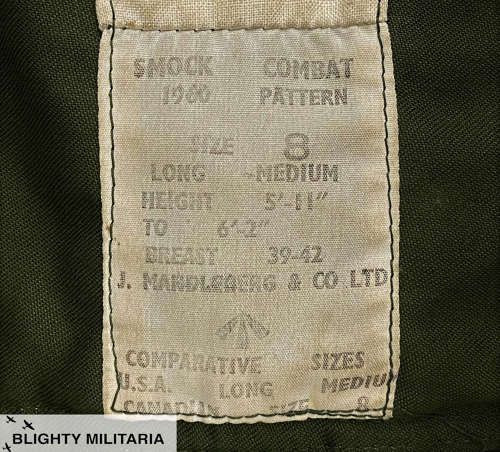 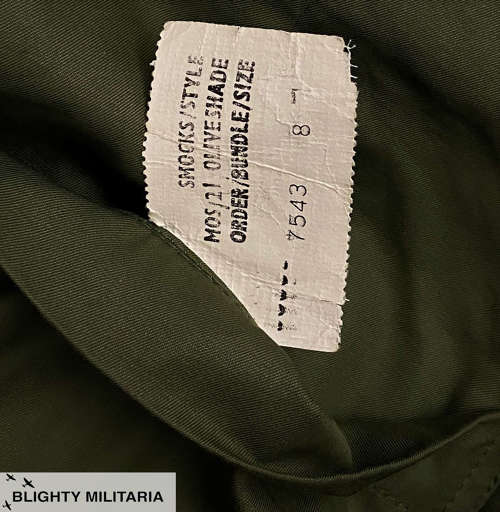 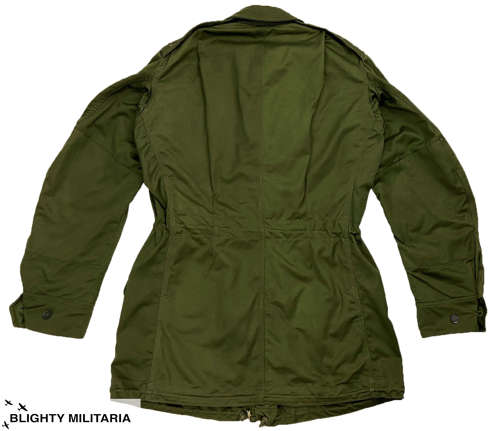 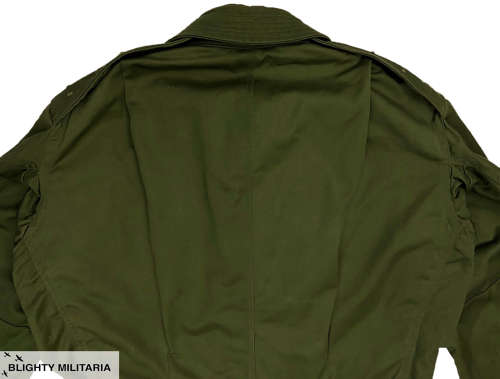 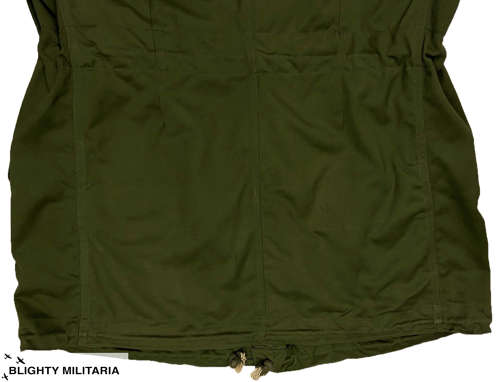 A stunning original British 1960 Pattern Combat Jacket which belonged to an officer pilot of the Army Air Corps.

This jacket is an early production example which features fewer rows of stitching to the collar as well as underarm vents. These are common details with the earlier 'Smock, Sateen' which was issued in the 1950s and were deleted from the 1960 pattern smock sometime during production. It is made from an olive green coloured cotton sateen which is still the deep colour and It even still has the sheen to the fabric which they had when new. The front of the jacket fastens with a 'Swift' branded zipper which features the classic pendant shape puller used in the 1950s and early 1960s. Epaulettes are located to the shoulders which both have three sets of holes added to them. These would have had rank stars fitted at some stage for the rank of captain. The upper left breast pocket features a pen pocket and there is a throat latch to the underside of the collar.

Inside the smock there are two interior patch pockets as well as a large poachers pocket to the bottom which fastens with a single plastic button. Both the waist and the bottom drawstring are still present, as are the original labels. The upper label bears fitting instructions whilst the lower label has the size of 8 as well as the manufacturer's name of 'J. Mandleberg & Co Ltd'. The War Department broad arrow marking is also present. There is also a cutters label still present to one of the upper interior pockets which is testament to the excellent condition of this jacket. This is illustrated in picture 12.

The jacket is designed to fit between a 39" and 42" chest. When laid flat it measures -

The jacket is in excellent condition with only limited signs of wear and age. The material is still its original deep colour and has the sheen on it that it would have done out of the factory. There are a few light marks but on the whole it displays very well. Please take time to study the pictures as this is a vintage, pre-owned item,

A fantastic example which would be very hard to better. A must have for any AAC collector!