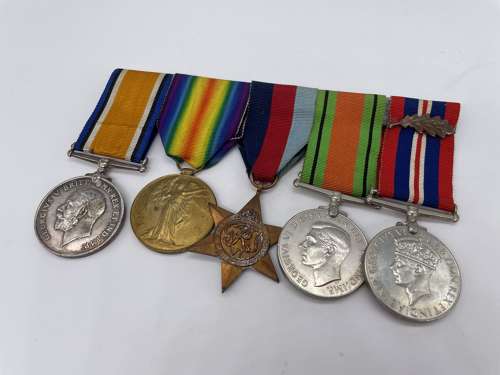 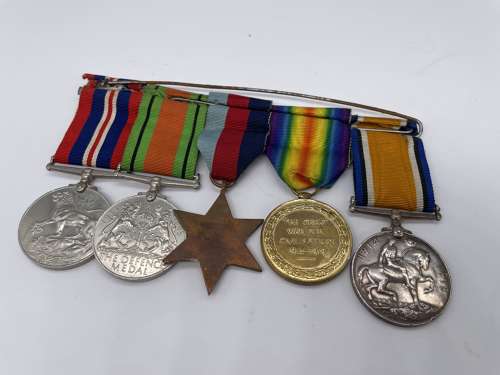 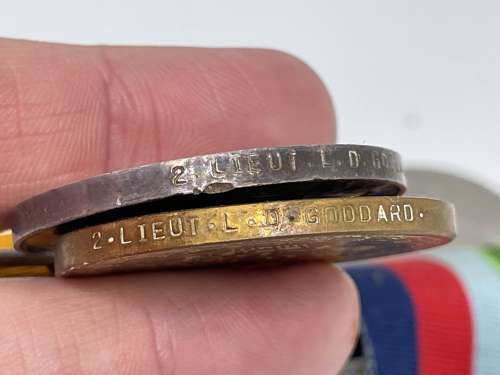 The Second World War Medals are unnamed as issued.

Sold with Medal Index Card confirming Leonard Douglas Goddard served with the Royal Field Artillery in France from 7 February 1918.  Copy of The London Gazette also included, dated 23 July 1940 showing L. D. Goddard being promoted to Major with the Royal Corps of Signals (Second page of the MIC - available on Ancestry - shows his address for postage of his WW1 medals as being the Signal Training Centre at Maresfield? Camp) . The Gazette also shows he was an Associate Member of the Institution of Electrical Engineers.

Further information on Fold 3 shows he was a Lieutenant in 1922.