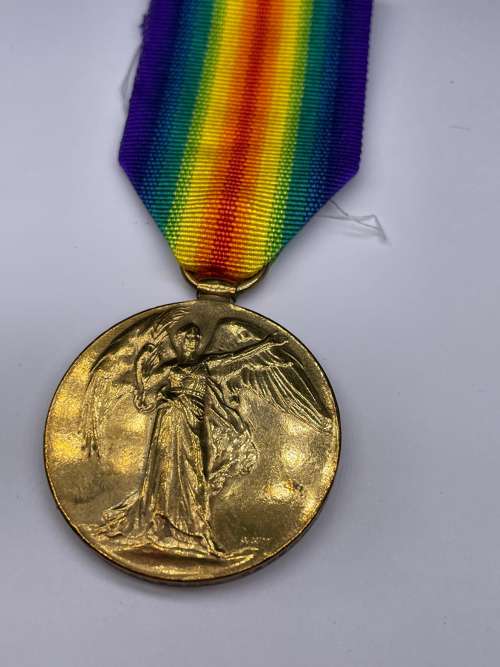 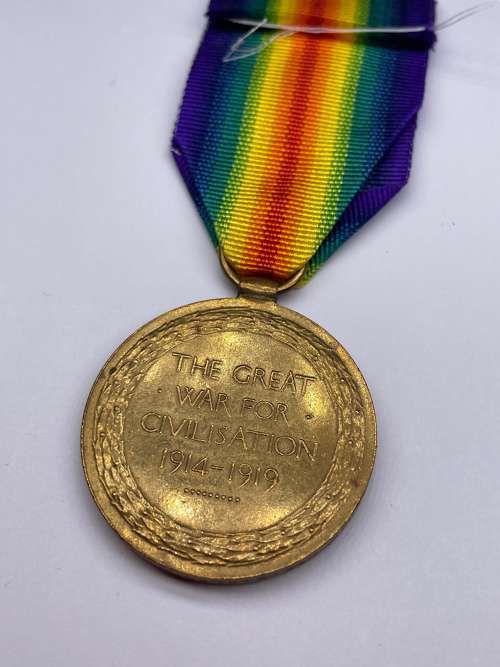 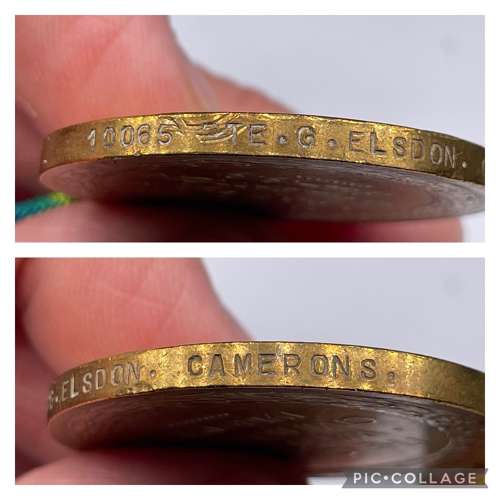 An original World War One era Victory Medal.  Medal is correctly named to;

George Elsdon was born in Wilton, Roxburghshire, and attested for the Queen€™s Own Cameron Highlanders at Penicuik, Midlothian, on 14 August 1914. He served with them during the Great War on the Western Front, and is recorded in the Regimental Journal as being slightly wounded. He later served with the Labour Corps.