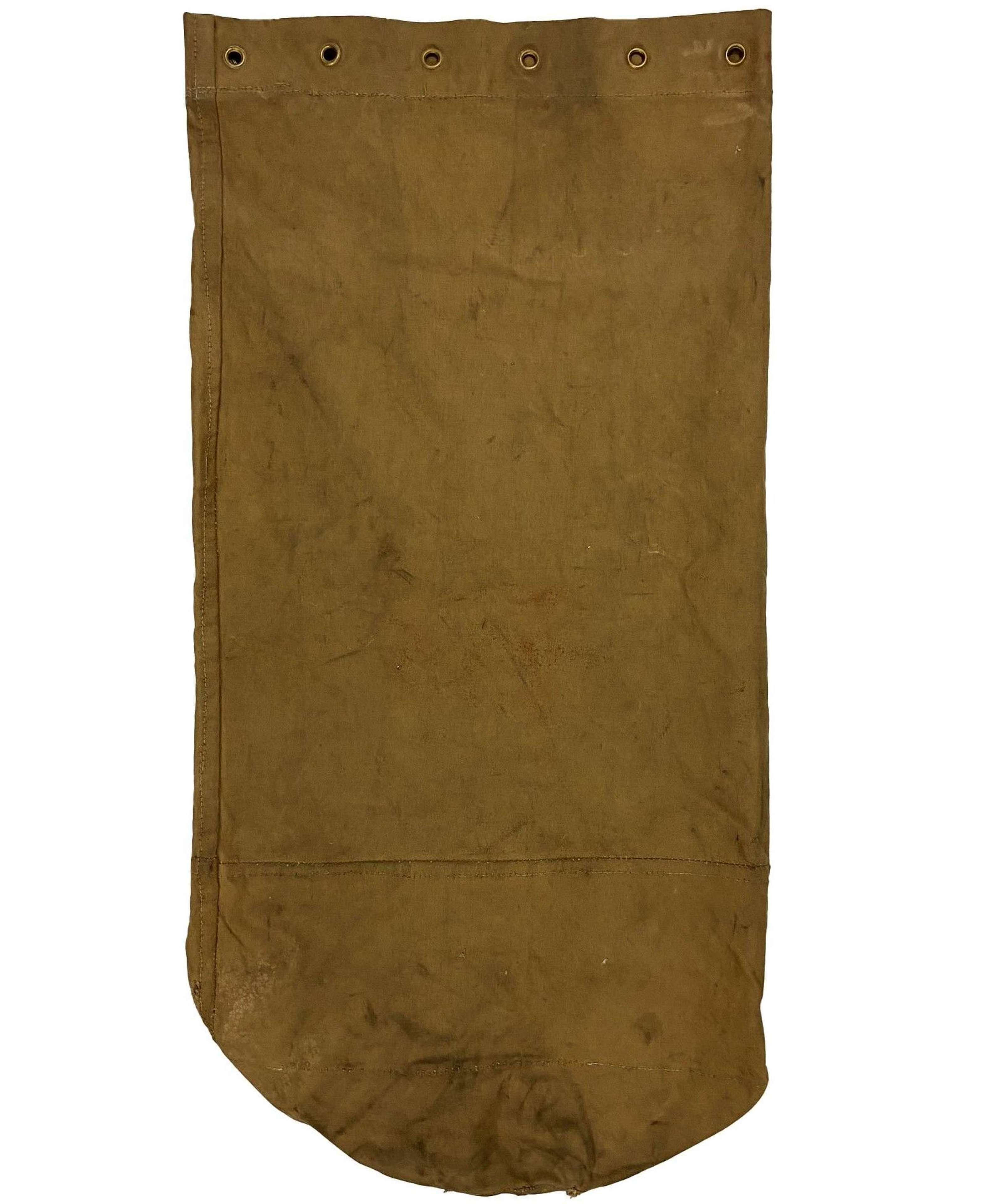 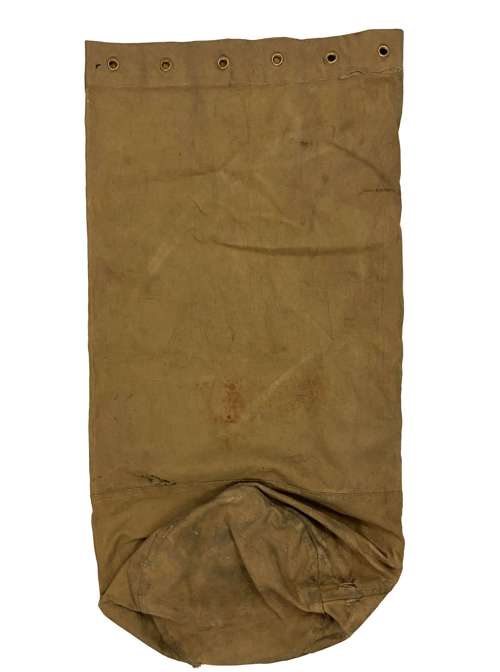 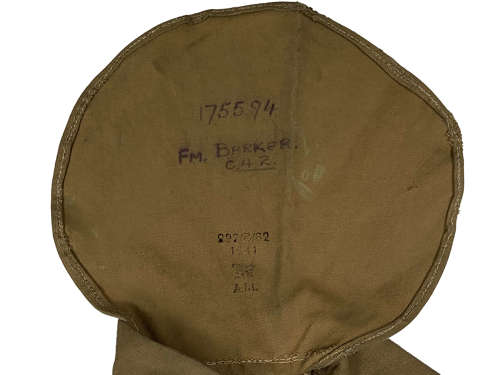 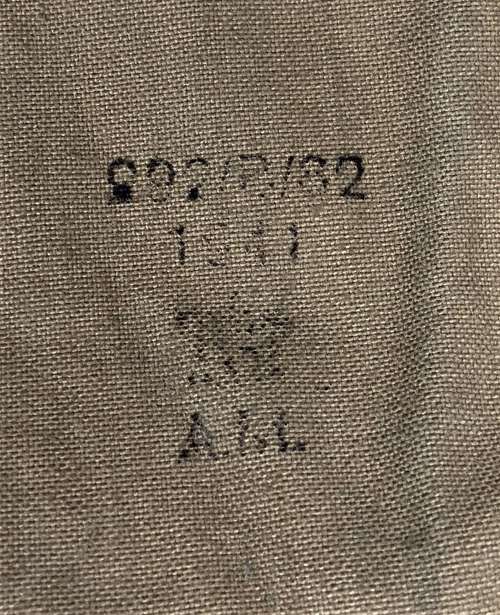 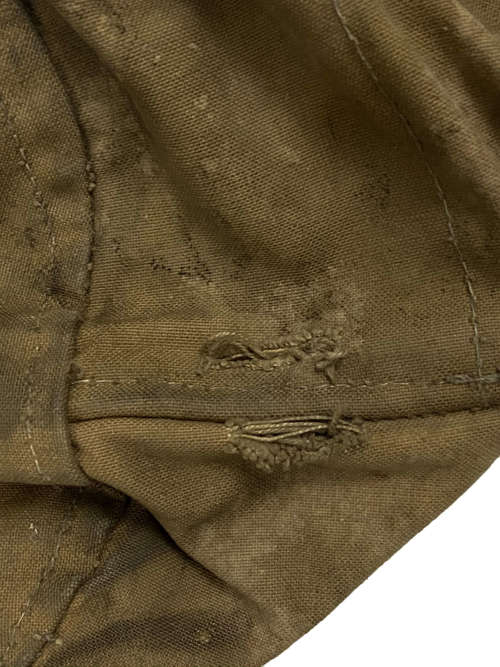 An original 1941 Dated RAF kit bag as used throughout the Second World War.

This example is interesting as rather than being white like most RAF kit bags, this example is khaki. It is of standard design being made from a heavy duty cotton canvas and features brass eyelets around the top of the opening. A flap is fitted inside which bears markings including the Air Ministry 'AM' and crown marking, the contract number and the 1941 date. As well as this the original owner has marked his name in ink which reads '175594 F M Barker'.

The bag is in used condition but displays well. There are two slits to the bottom which appear to have been purposely cut. 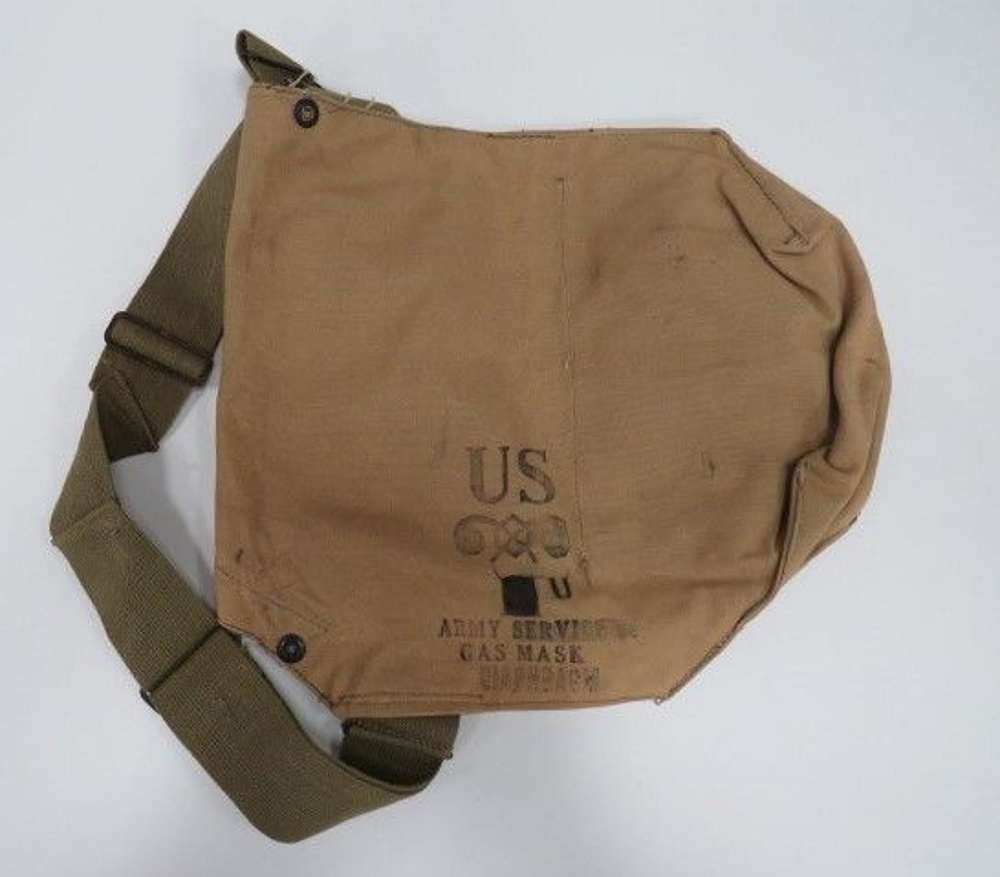 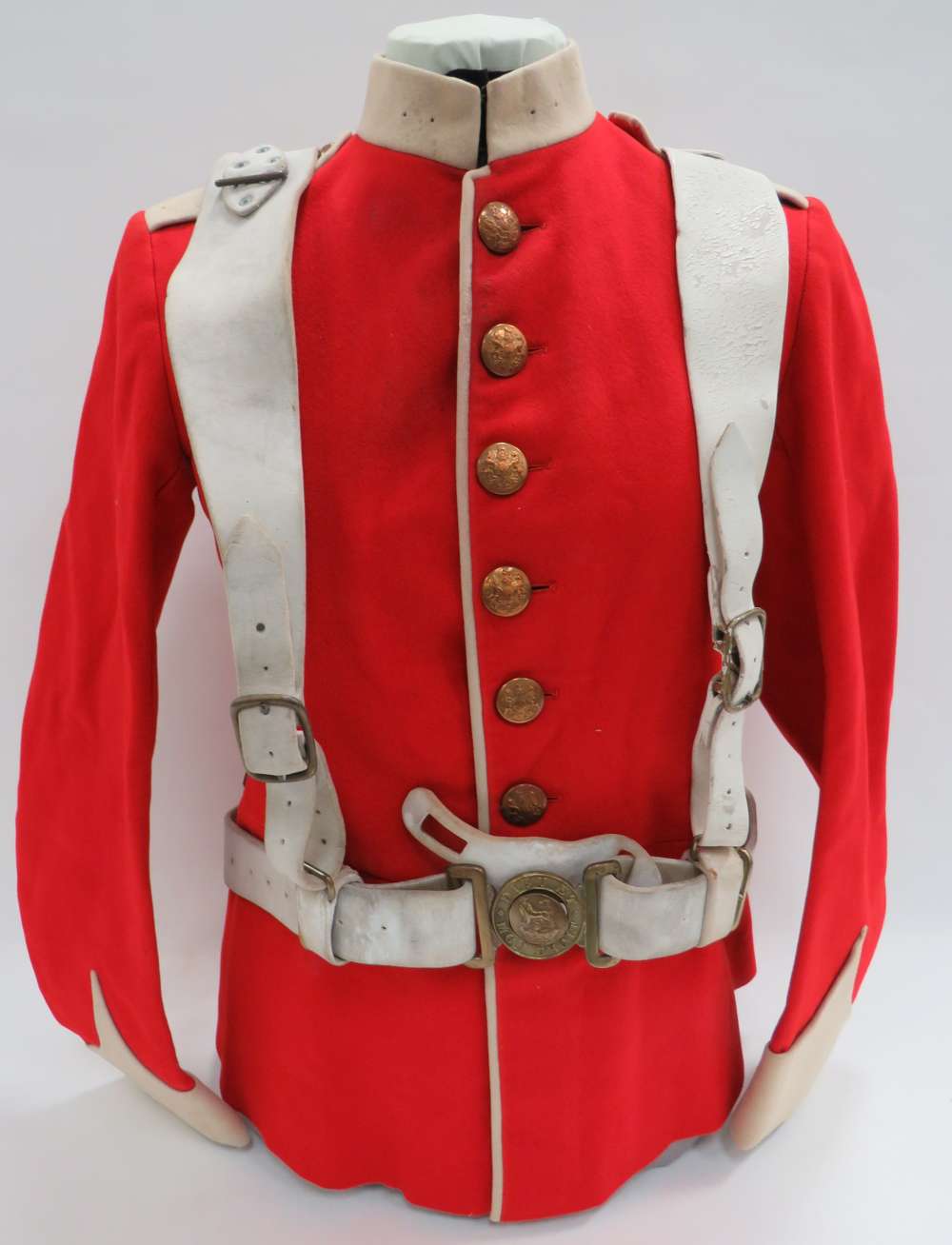 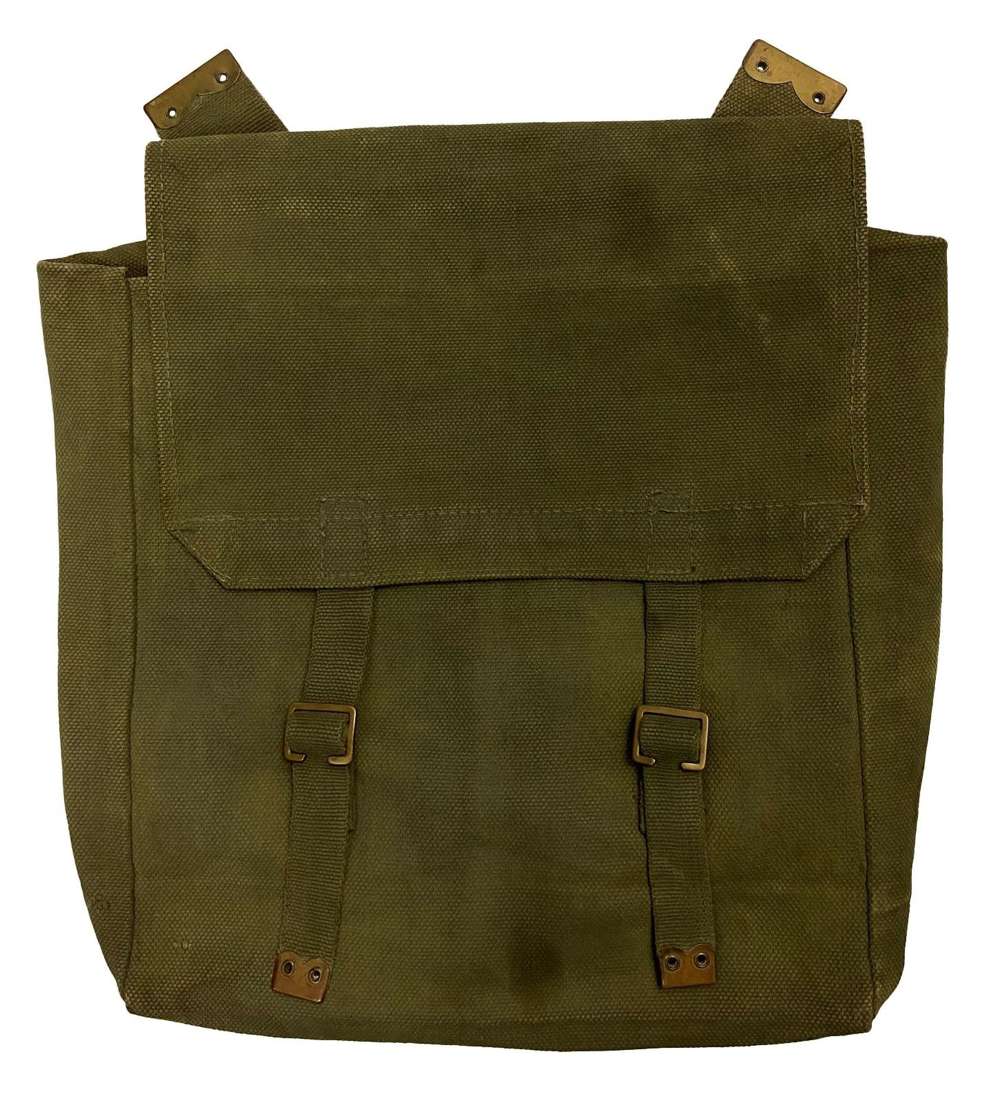