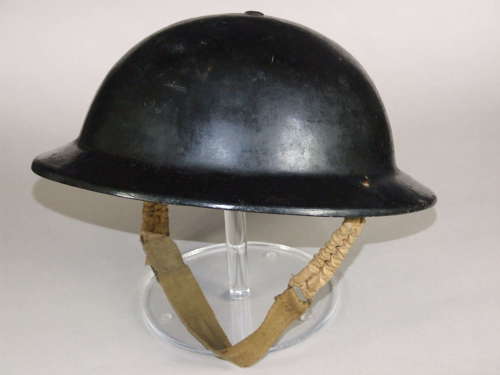 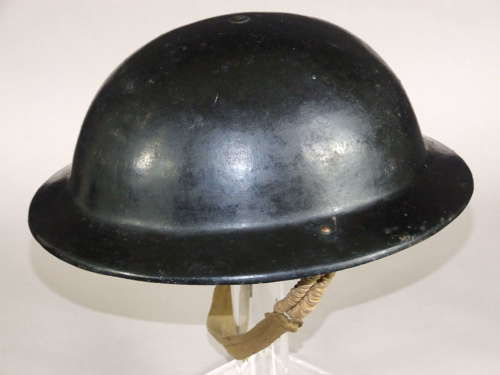 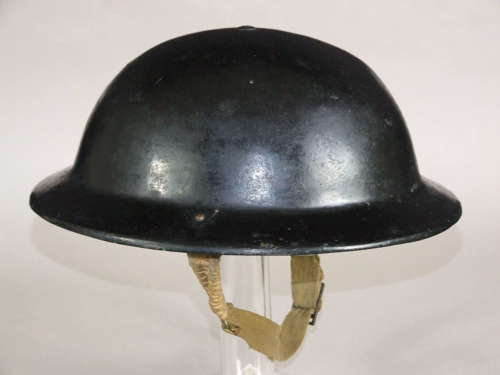 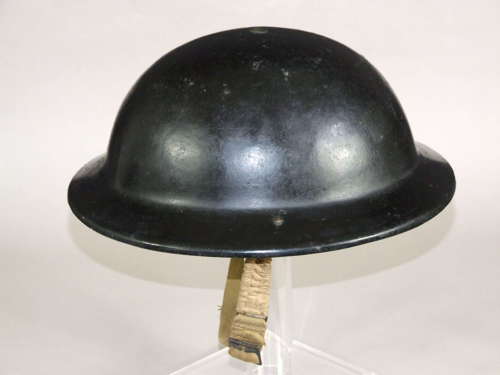 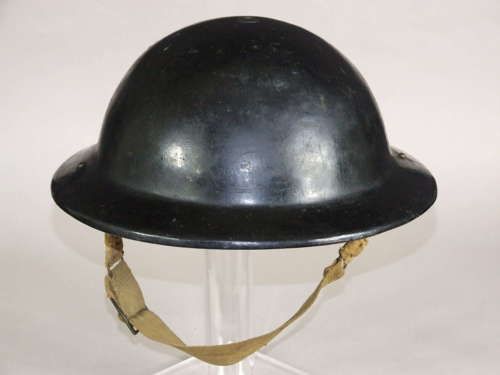 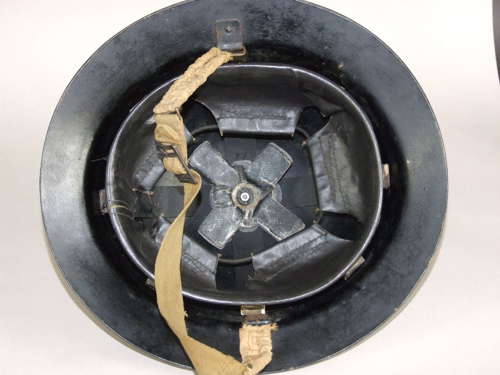 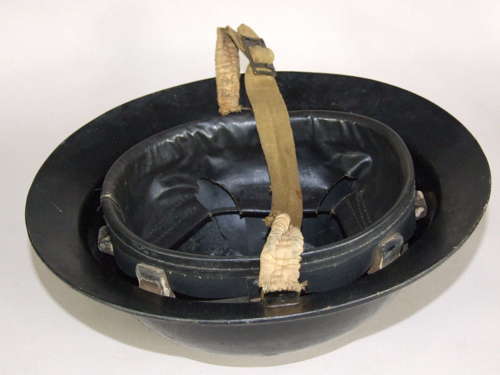 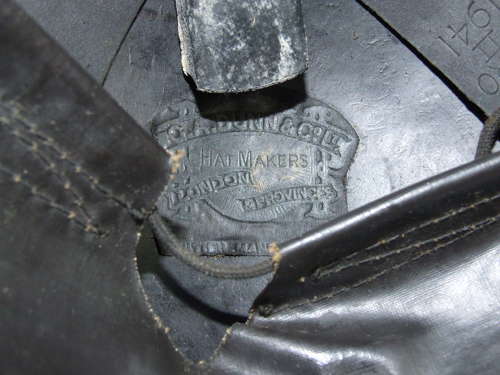 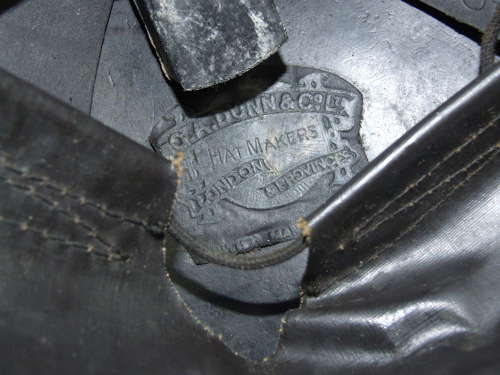 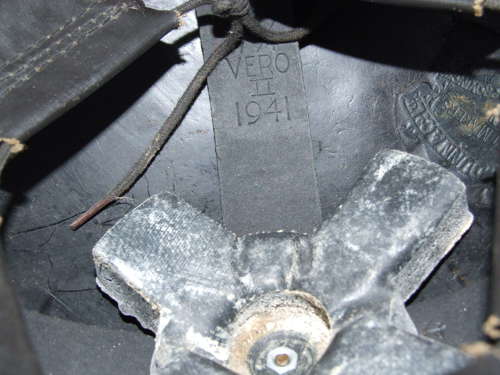 A very nice example of a privately purchased Plasfort Helmet made by the well known hat makers, Dunn & Co., their rubber label still attached to the inside of the shell

The Plasfort Helmet dates to the dark days of 1940.  After the evacuation from Dunkirk and as the Battle of Britain gets underway, the British look for ways to give some protection to civilians who must be out and about during an air raid; the Plasfort Helmet was one solution. Made from an early form of plastic it was thicker than the steel helmets but utilised some of the components of the military Helmets such as the liner and chinstrap. In this case the liner is by Vero, dated 1941 and in a good size 7 ¼.