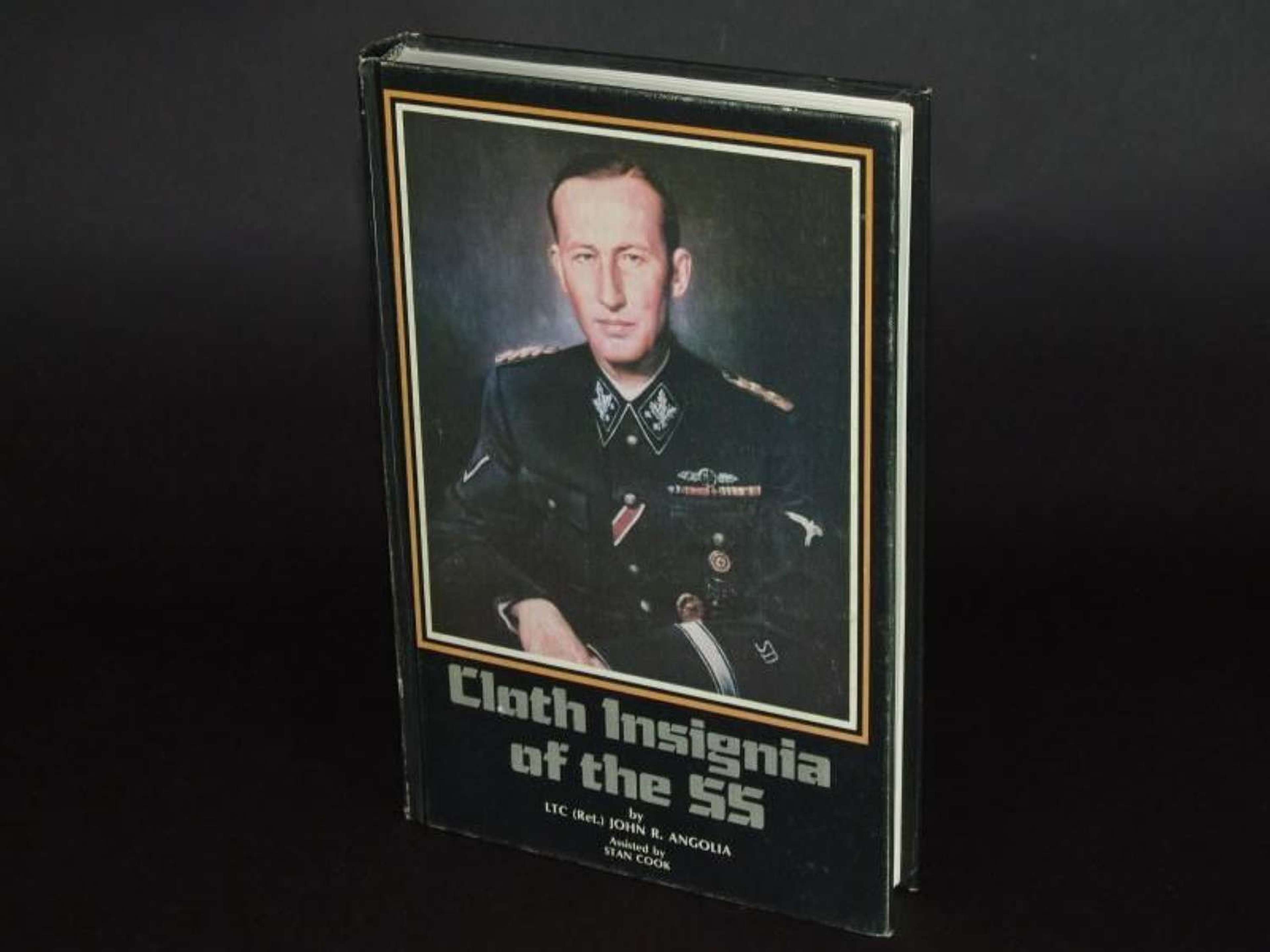 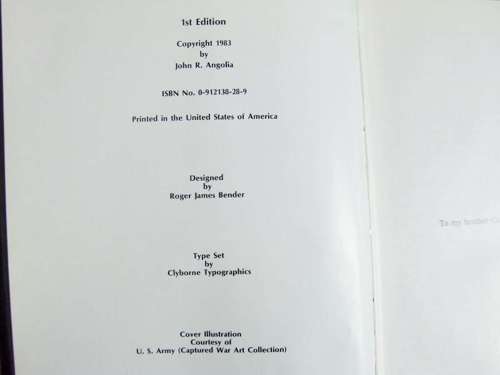 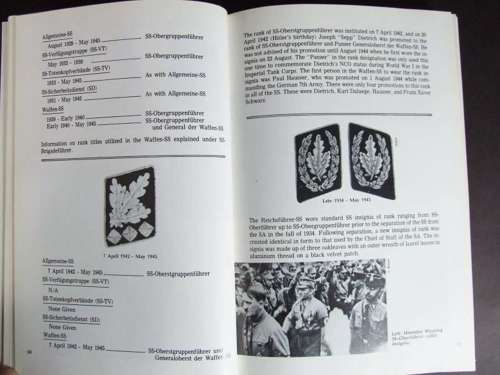 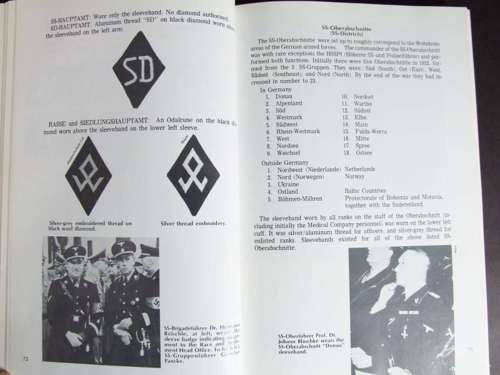 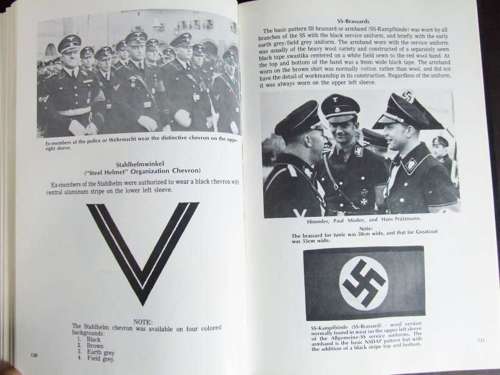 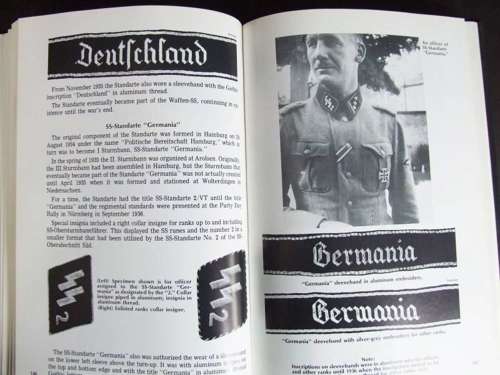 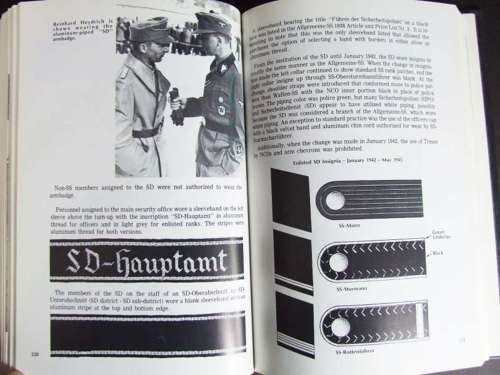 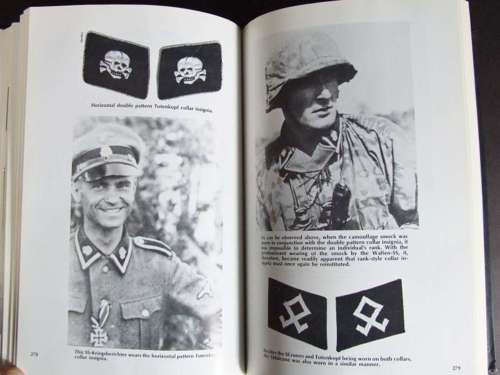 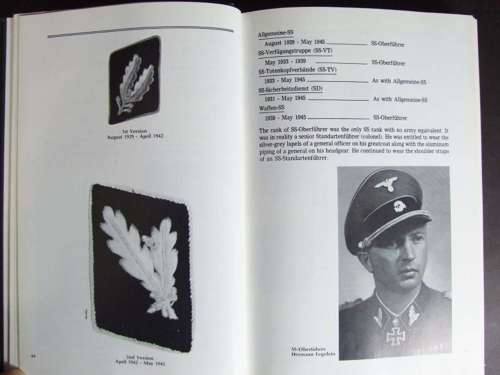 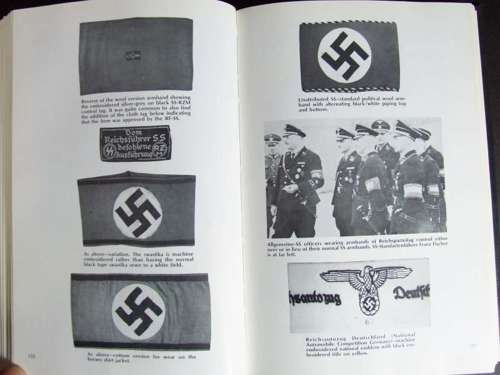 Cloth Insignia of the SS by Angolia. Bender Publishing

Generally considered to be the finest available publication on the subject, this 1983 James Bender Publishing Ist. Edition by Angolia is in very good lightly used condition with slight bumps to the corners and edges on the hard cover but with all 480 present and without damage or marks.
The book has a deluxe binding, high quality paper and high quality photographs. It covers all of the SS from the beginning:
Allgemeine-SS (General-SS).
SS-Verfugungstruppe (SS-VT Special Purpose Troops) who were the forerunner of the military branch, the Waffen-SS.
SS-Totenkopfverbande (SS-Deaths Head Units) who were the camp guards although they did later field a Waffen-SS Division.
Waffen-SS (Armed SS) the military combat units of the SS.
SS-Sicherheitsdienst (SS-SD) the security service for the SS that went on become the security service for the Nazi Party and then the nation of Nazi Germany.
Germanische-SS (Germanic-SS) Germanic European Units.
Non Germanic-SS Units- Other races and nationalities who joined and had units in the SS.
All the many different insignia are shown in detail and explained; along with information on ranks and the different uniforms. This book is the best you will find on the subject. 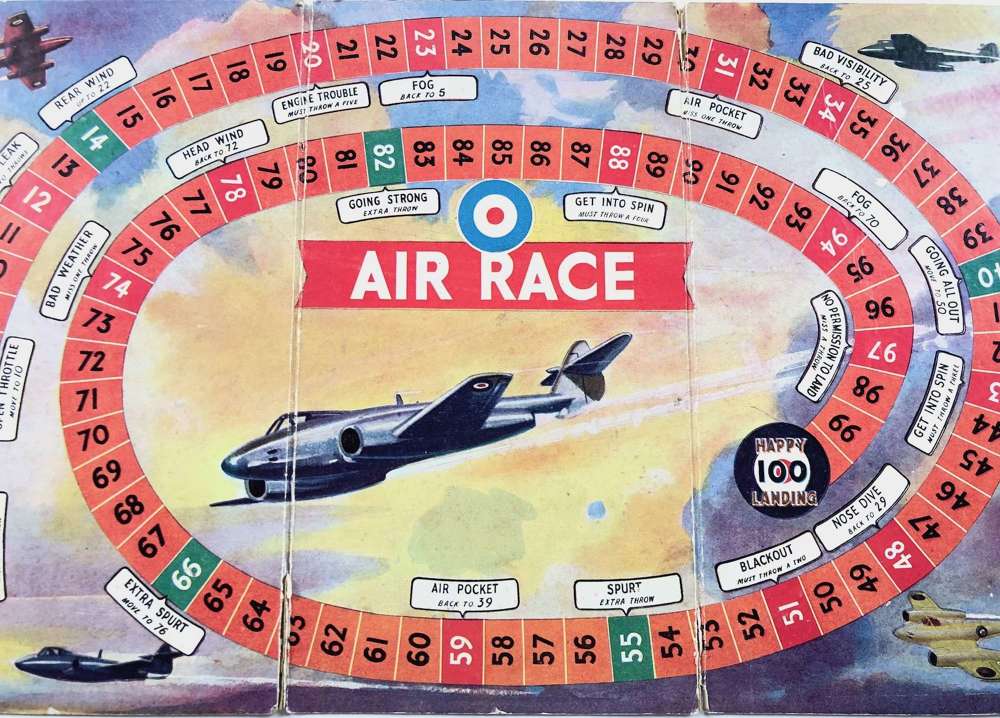 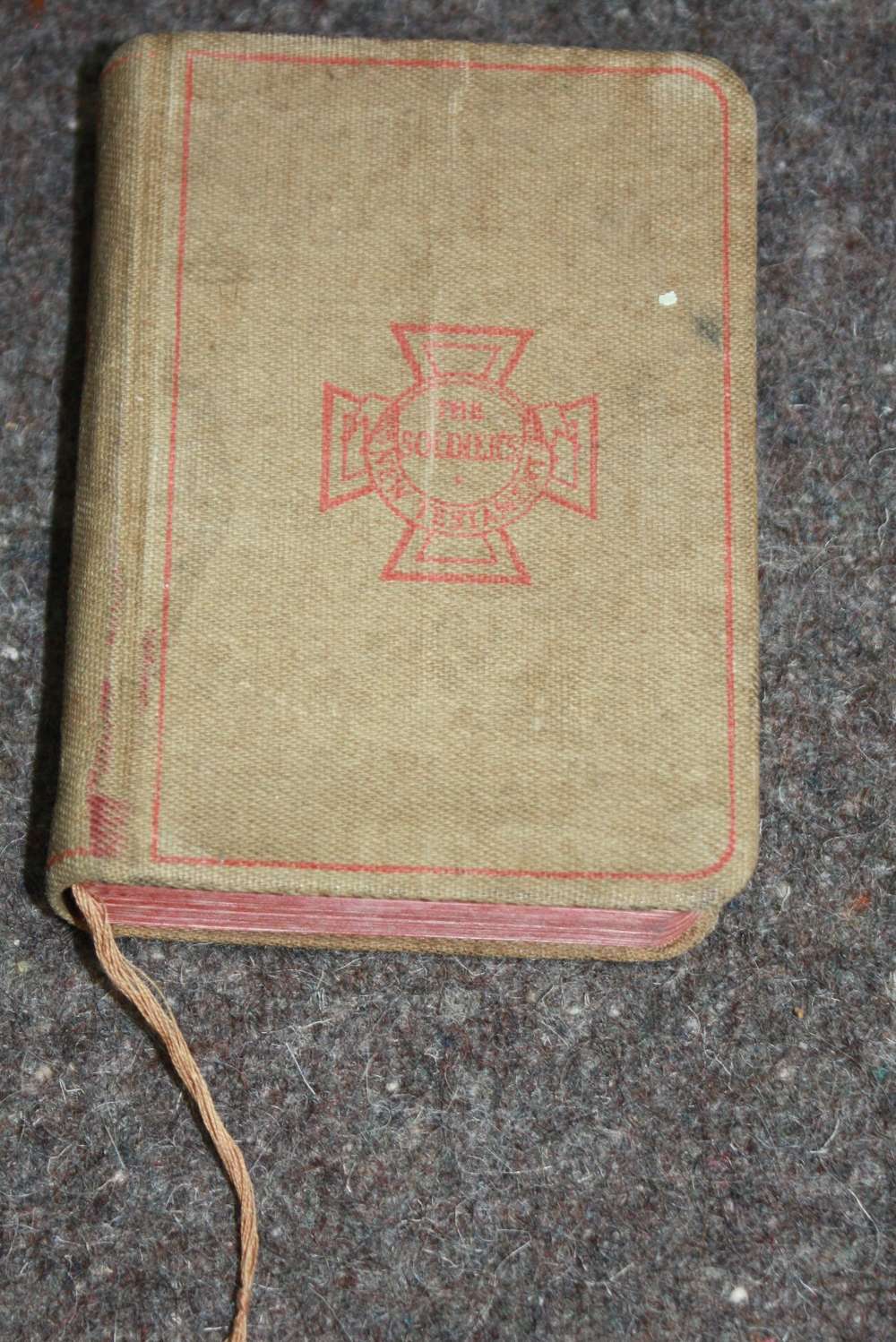 A Preliminary Possession Document for the Fallschirmjager Badge With Badge