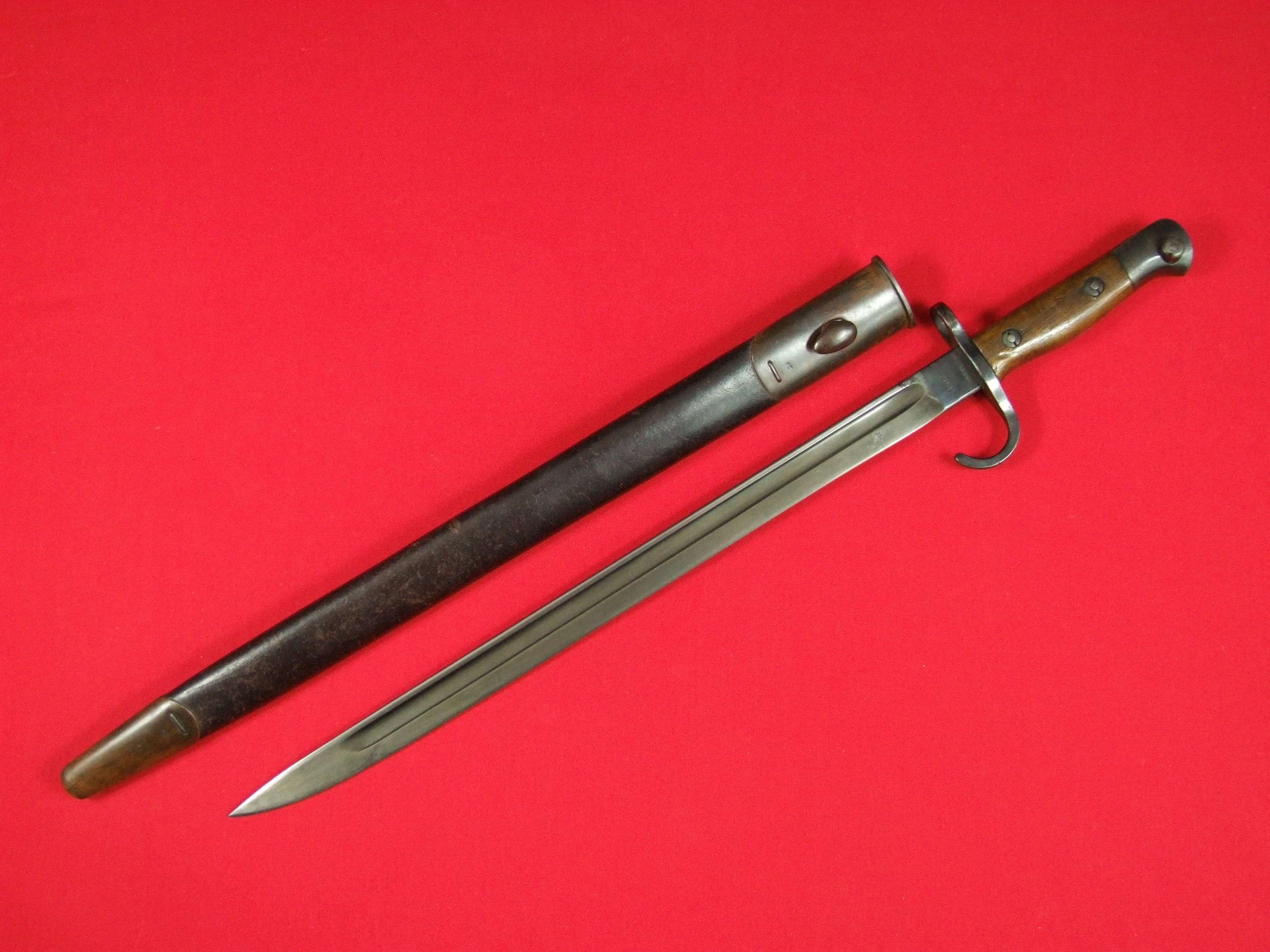 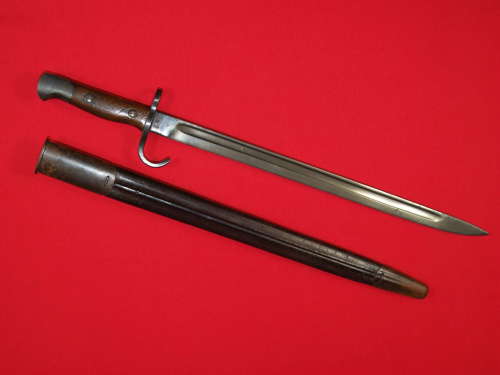 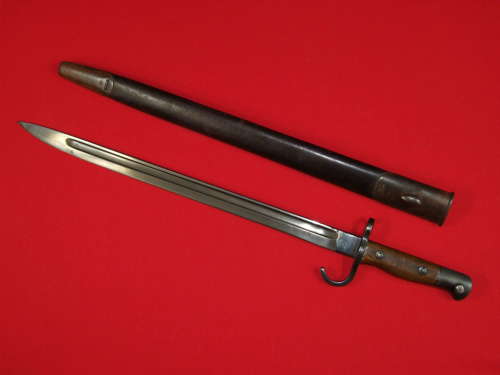 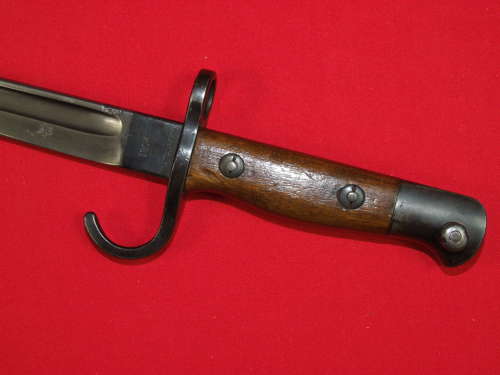 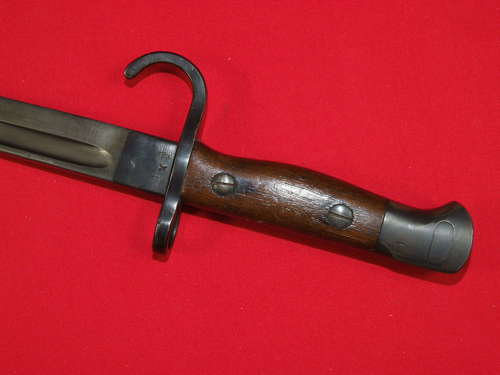 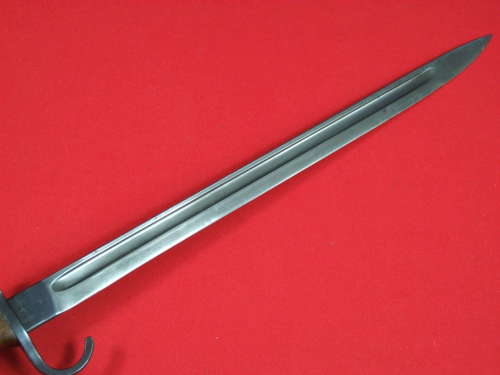 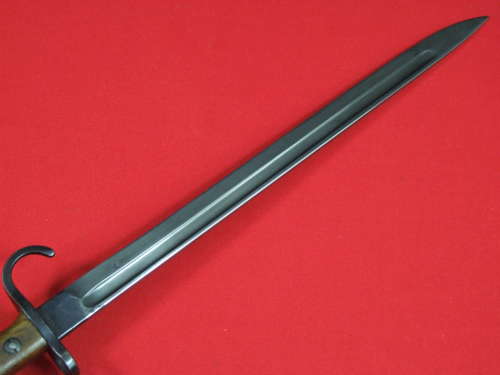 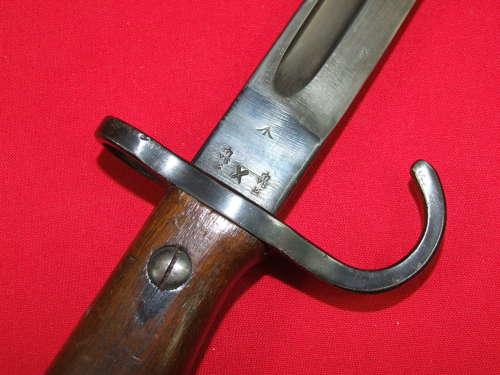 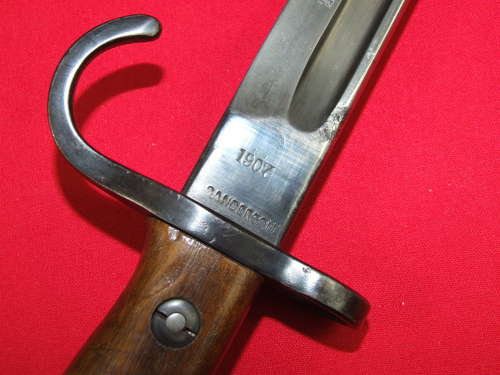 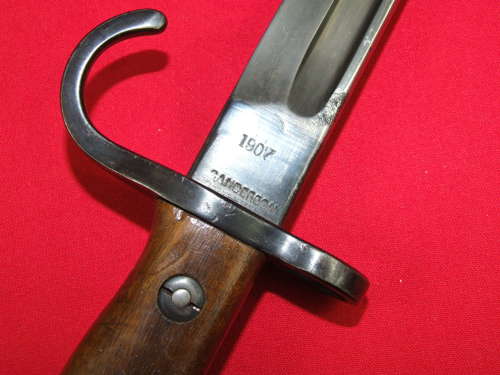 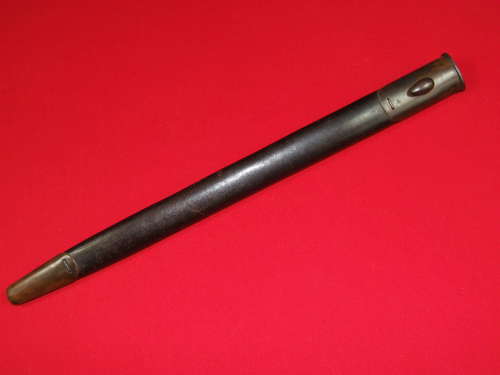 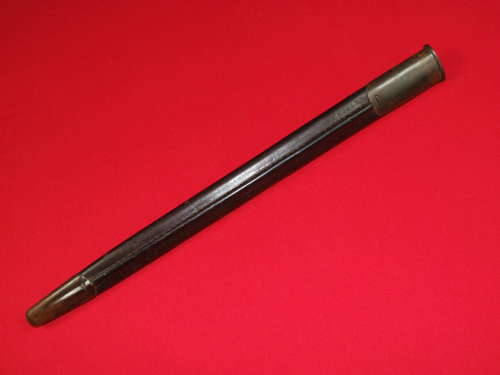 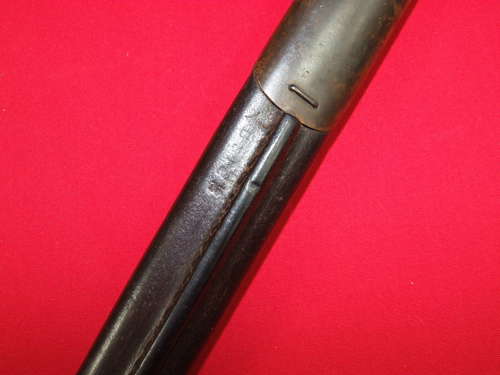 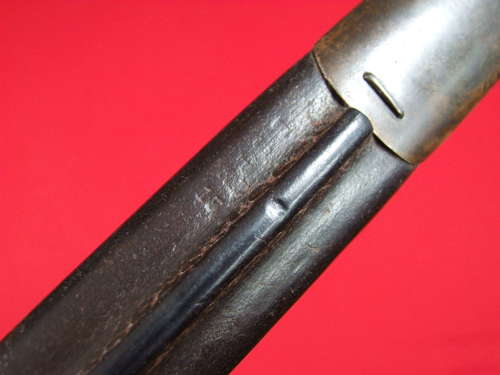 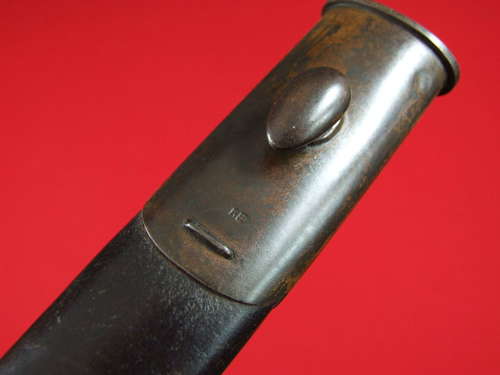 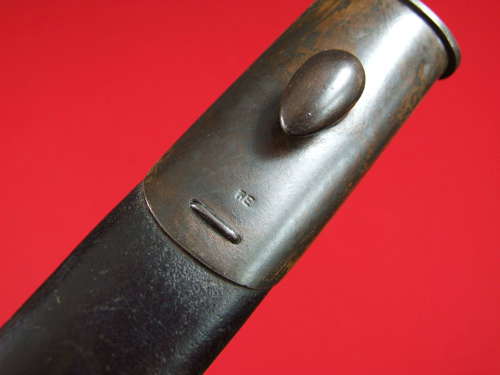 Recently posted on the Great War Forum to universal acclaim this beautiful 1907 Hook Quillon Bayonet is exceptional in several ways.

In the first instance it is a Sanderson example manufactured pre May 1910 as can be seen by the ER cypher (Edward VII) just visible to the Ricasso. Most unusually however, it bears no initial date acceptance mark or final inspection mark to the Ricasso, there being only two such inspection marks in this position where the norm is three. The Ricasso does though have the usual “X” bending test mark and the broad arrow Government acceptance mark.

Secondly, although not immediately discernible, the blade length is 22mm shorter than the norm the blade having been originally manufactured to this length and not an example that has been broken and reground.

Then, although the Bayonet is housed in a brown MKII scabbard first introduced in 1909. This particular example was only accepted into service in 1915, as the mark to its rear testifies, several years after the Bayonet’s original manufacture.

Finally of course, the Bayonet is in stunning condition, this again most unusual for what normally is a long serving piece of kit.

Unanimous consensus on the Forum to account for all this is that when first manufactured this 1907 Hook Quillon Bayonet was initially not taken into service by the Army as it did not pass its final inspection due to the blade length falling below tolerances. This explaining the lack of date and final inspection mark to the Ricasso. The Bayonet was thus kept in store at the factory and not issued at that time.

After the outbreak of WW1 however, the situation changed. By 1915, the worst year for shortages, the British Army was in such dire need of huge amounts of War materiel that all manner of stop gap weaponry was pressed into use. It would seem that under such extreme conditions the Sanderson factory cleared its stores of anything useful hence this Bayonet being hastily issued. This is supported by two other similar examples from the Sanderson factory being known of in advanced collections. In both these examples the Sanderson Hook Quillon Bayonets for one reason or another equally did not pass their third inspection, so similarly do not bear a date or final inspection mark, only however for these Bayonets to be subsequently issued upon the outbreak of war.

Since no similar examples to other manufacturers are known it would seem that this methodology was particular to Sanderson.

By the end of 1915 the worst of the weaponry crisis had passed and the Hook Quillion to these Bayonets had fallen out of favour. Under such conditions this Bayonet was presumably withdrawn from service hence its remarkable condition. As such the Bayonet is rather nicely "frozen in time” with even the scabbard retaining its wartime brown colour as opposed to the post war blackened variety one usually encounters.

UK Shipping only to persons of 18 or over 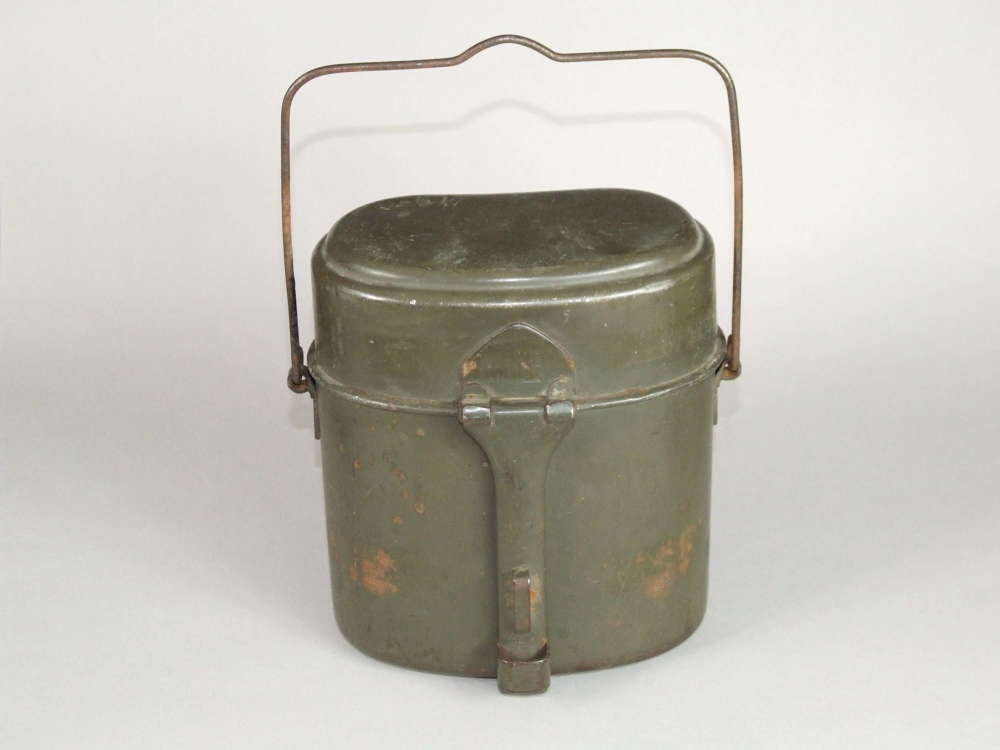 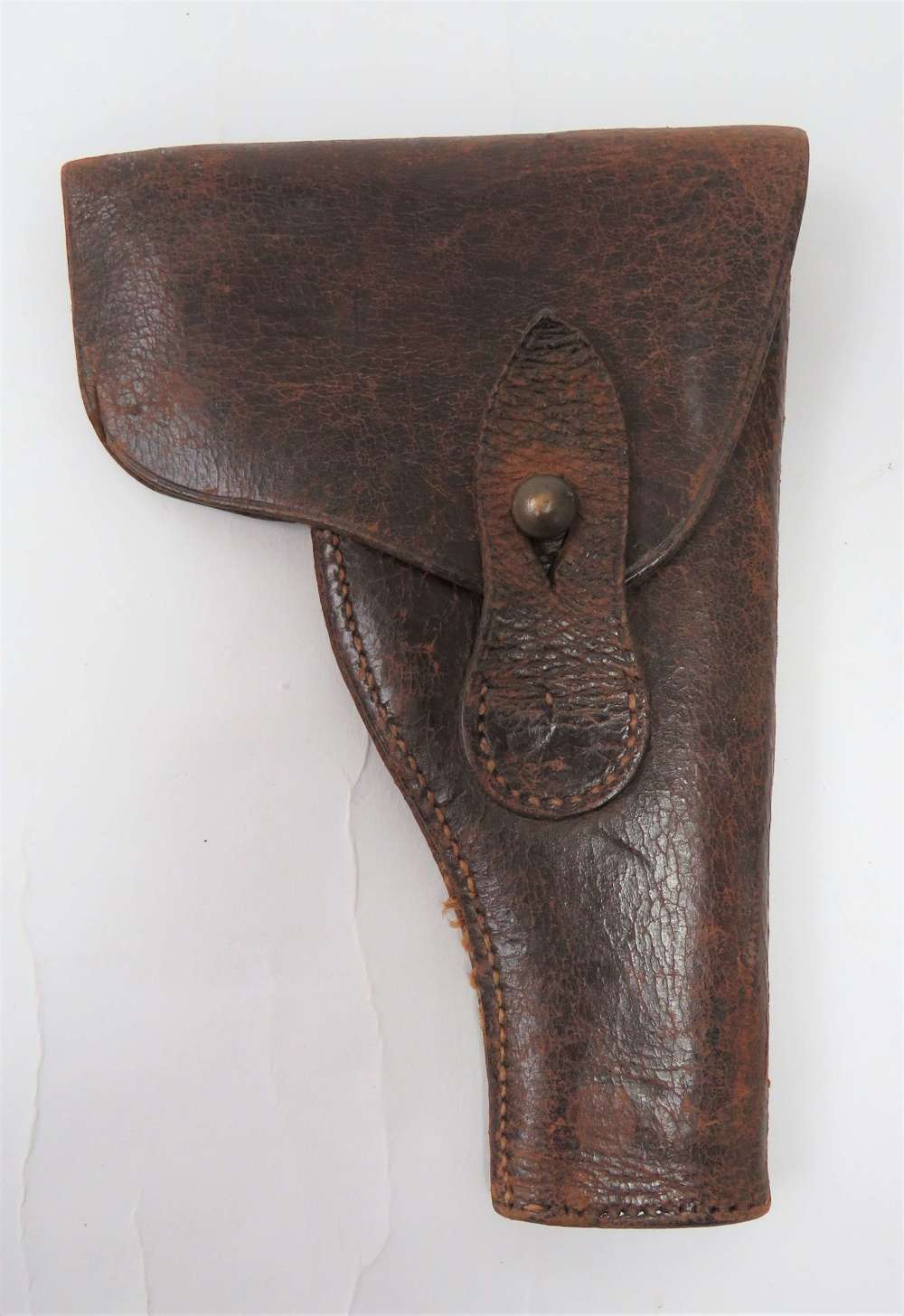 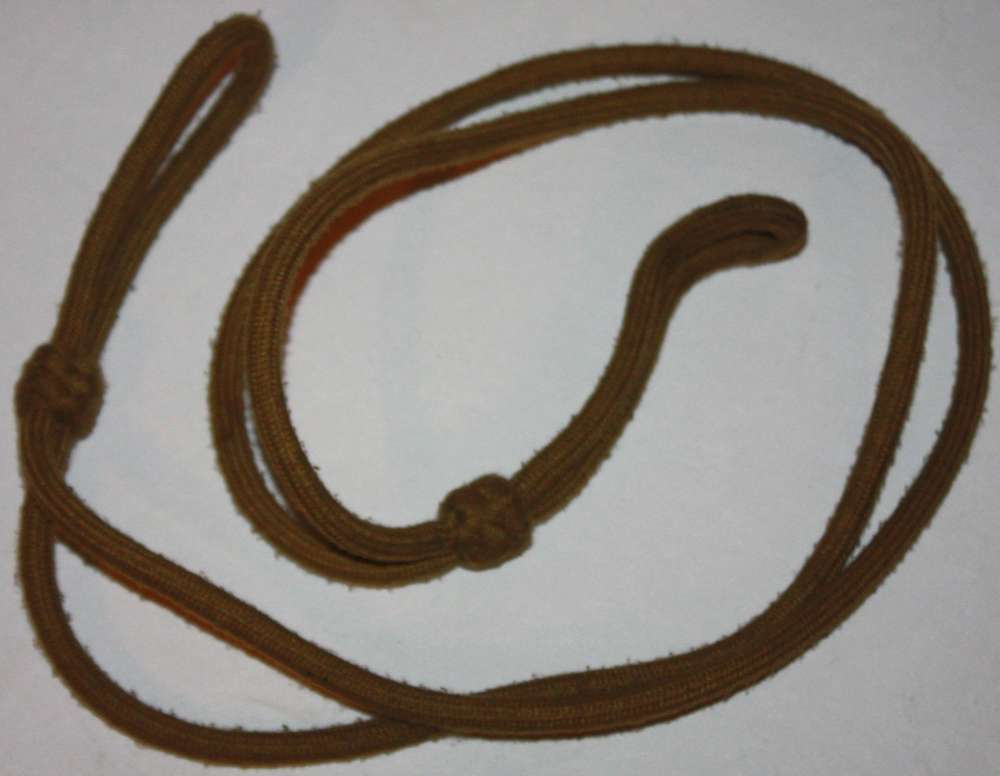 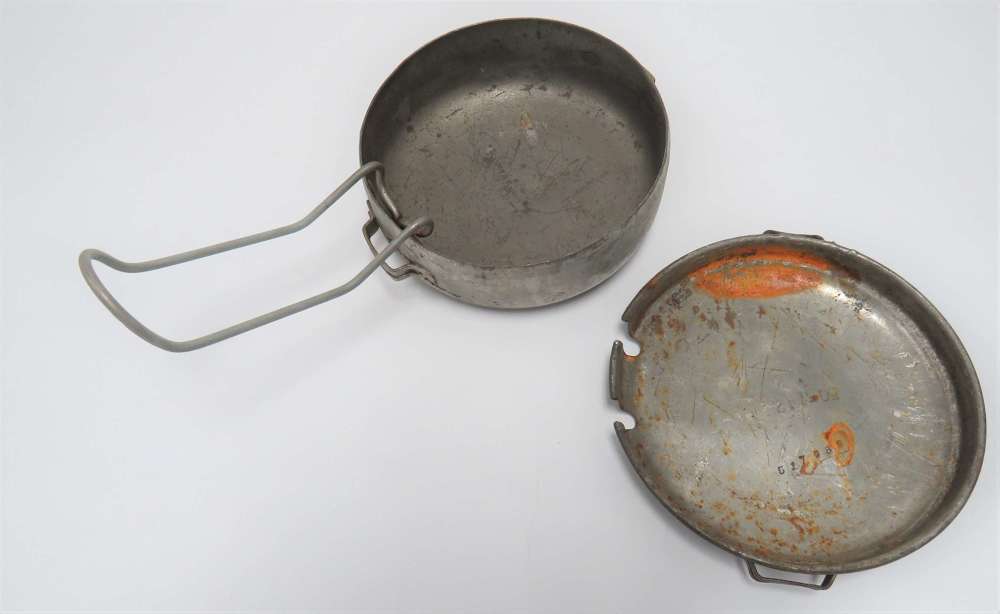