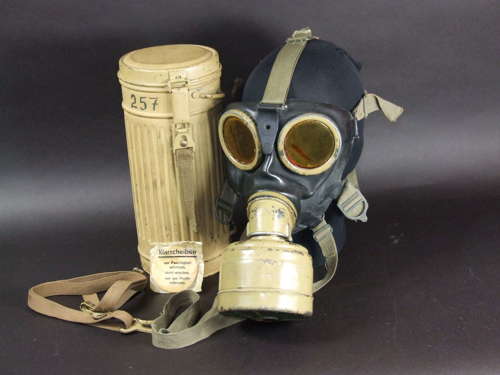 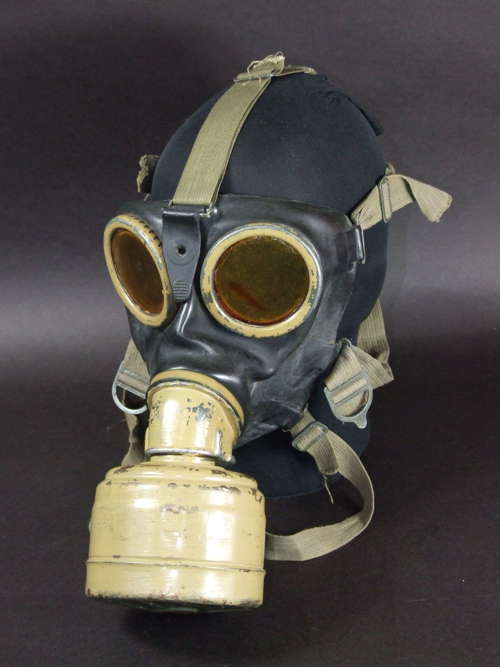 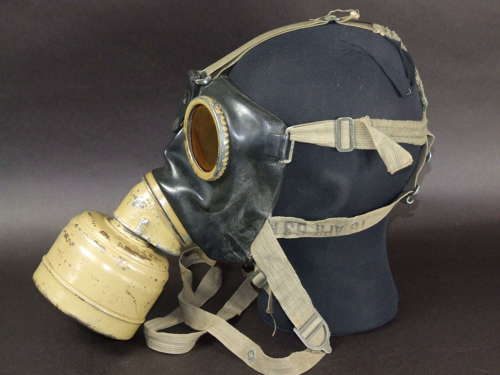 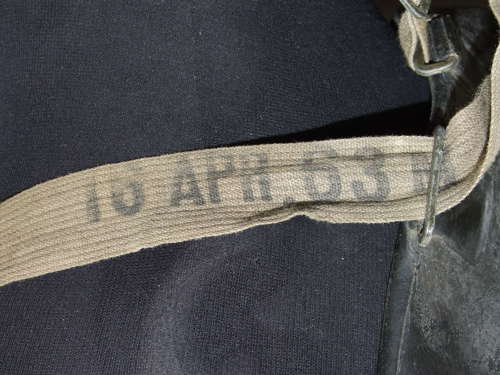 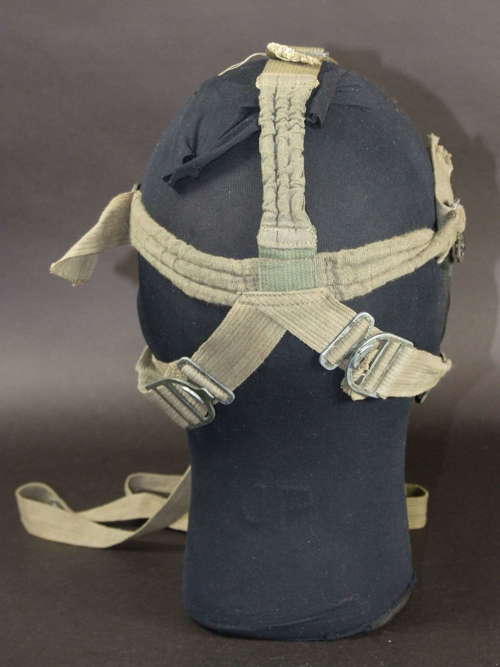 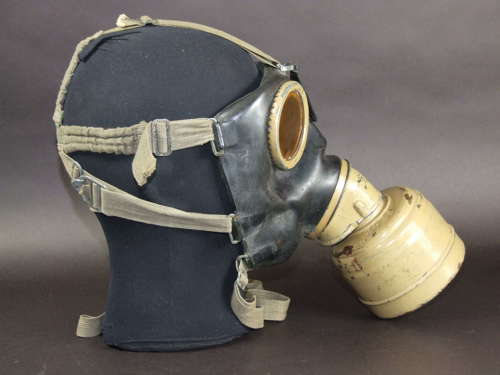 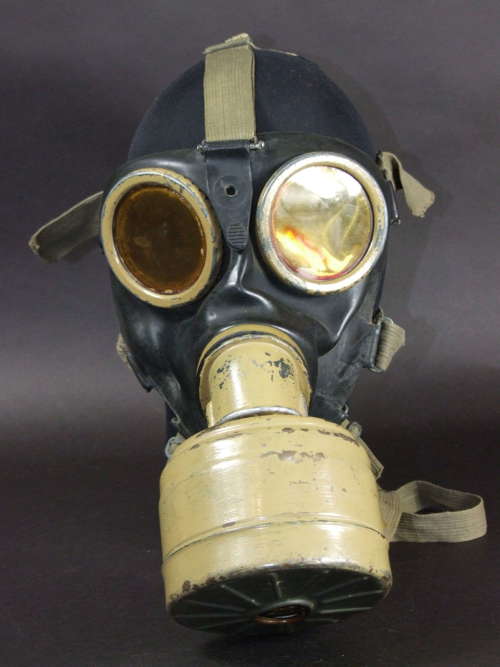 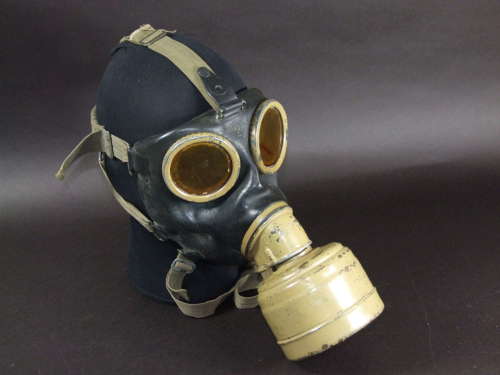 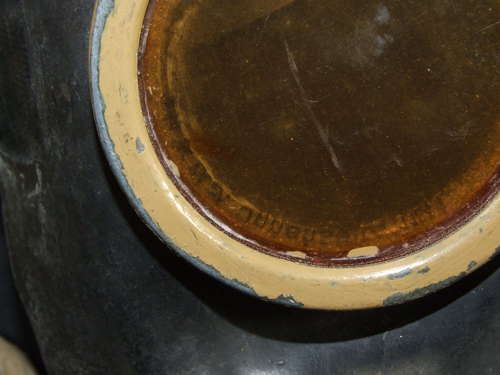 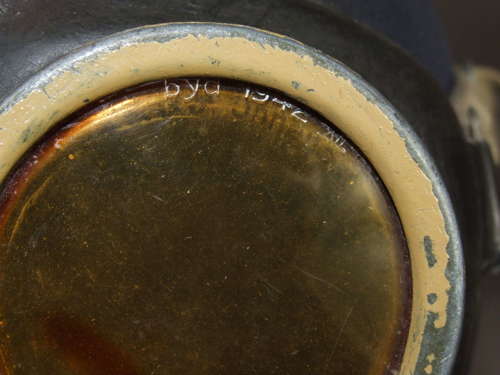 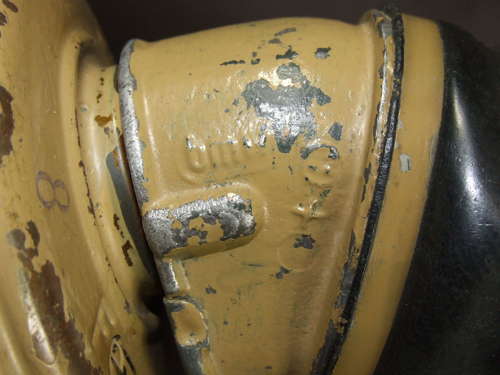 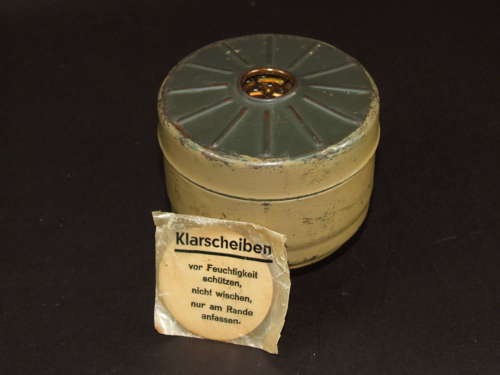 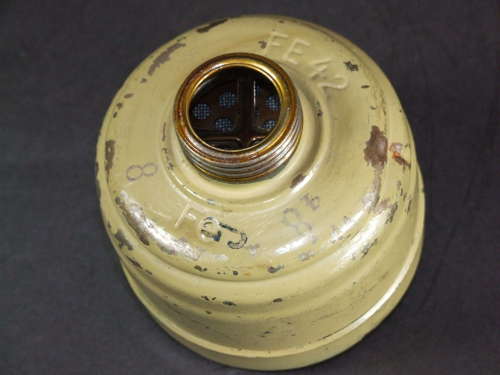 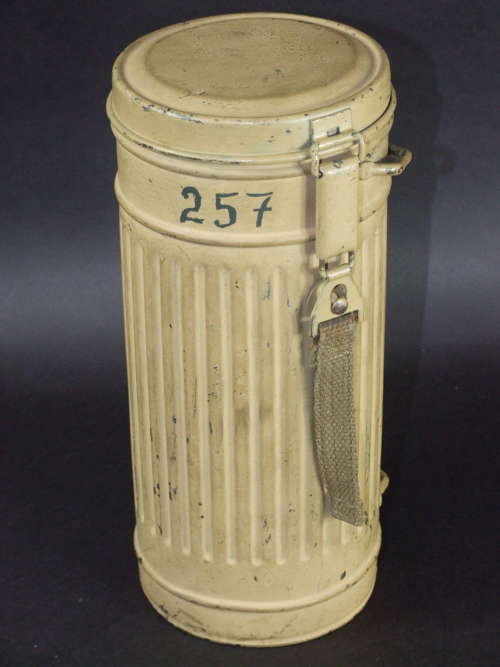 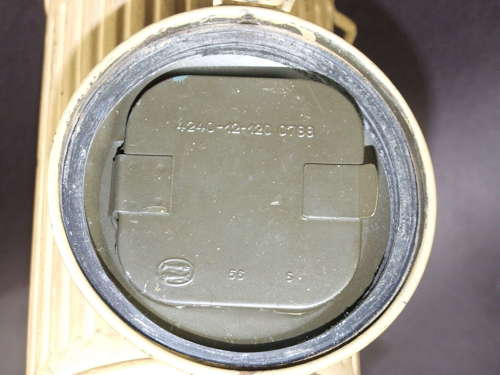 The Gas Mask itself is in very good condition,  with the wartime makers code and both filter and eye lenses dated 1942. The harness is complete and very good but carries an inspection date of April 63.

A perfect combination for the reenactor or for a display being visually identical to a complete wartime set. The last image shows  BGS troopers wearing M38s and wartime German Helmets after a NBC warfare training session.

During the Cold War it was  assumed  a certainty that a conflict between NATO and the Warsaw Pact would involve chemical and nuclear weapons. Because of their operating area on the border the Bundesgrenzschutz (BGS / “Federal Border Guard”) troopers would have certainly been exposed to fallout and poison gas during any attack on West Germany.

During the 1950s and 1960s, the BGS used ex-Wehrmacht M38 gas masks. The choice was logical as WWII veterans were trained in them, and the M38 was designed with the M35 stahlhelm in mind. The WWII gasmaskenbüchse (gas mask can) was also reused or modified as is perhaps the case here. The BGS troopers did not always carry the M38s on patrol and when not in use, they were stored out of the can to prevent deformation of the aging rubber.