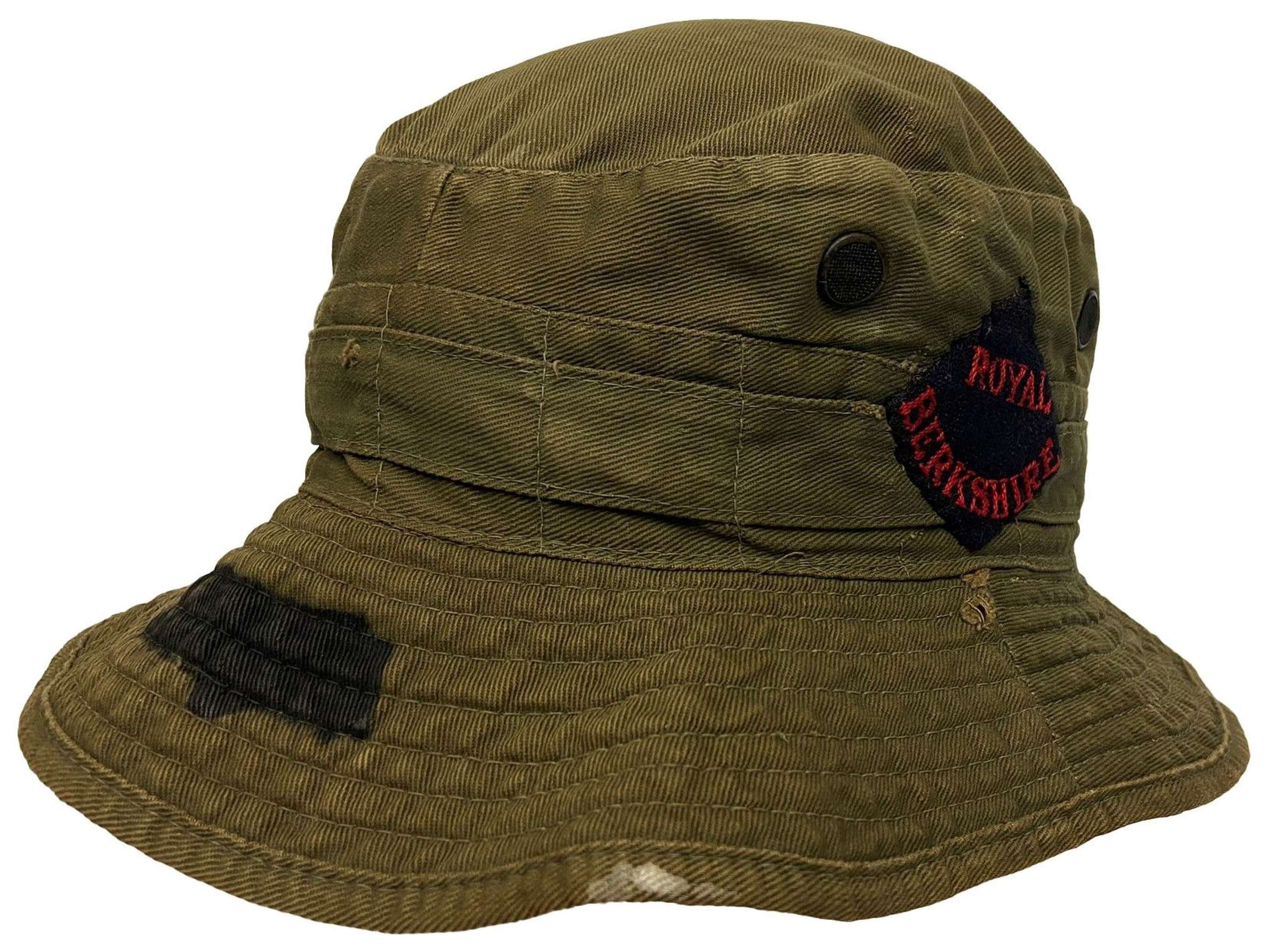 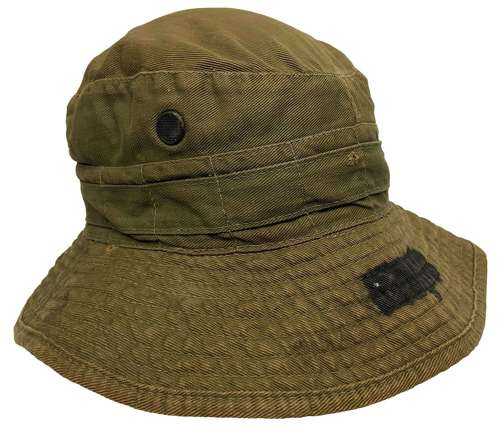 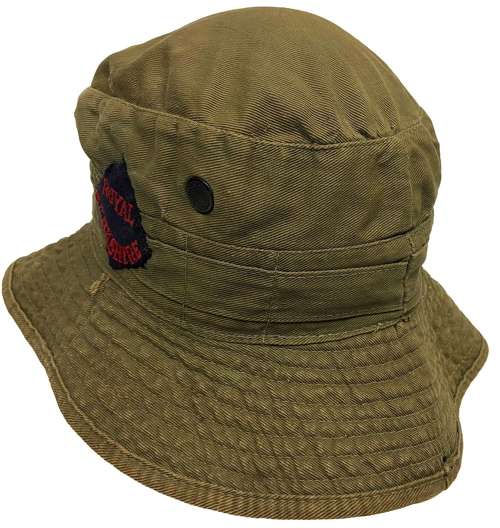 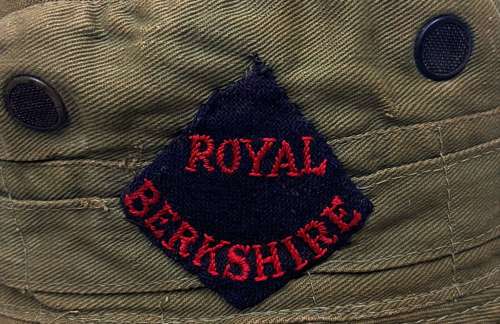 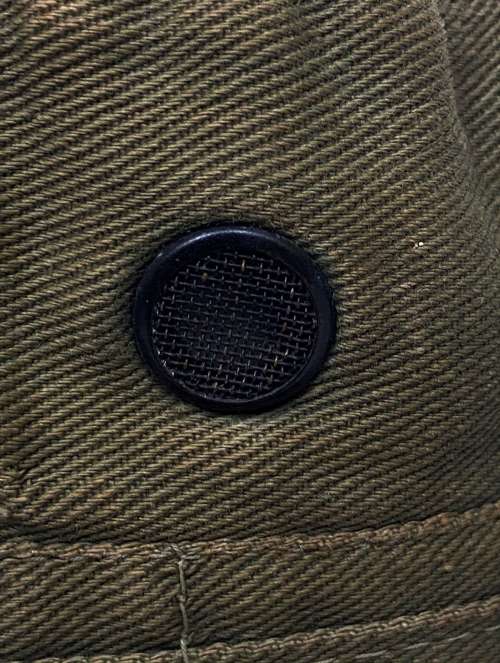 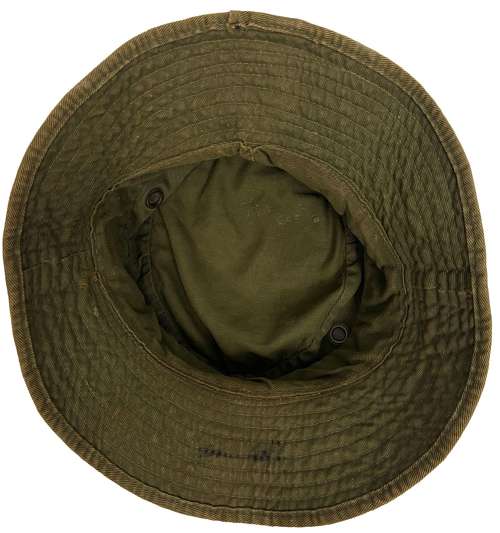 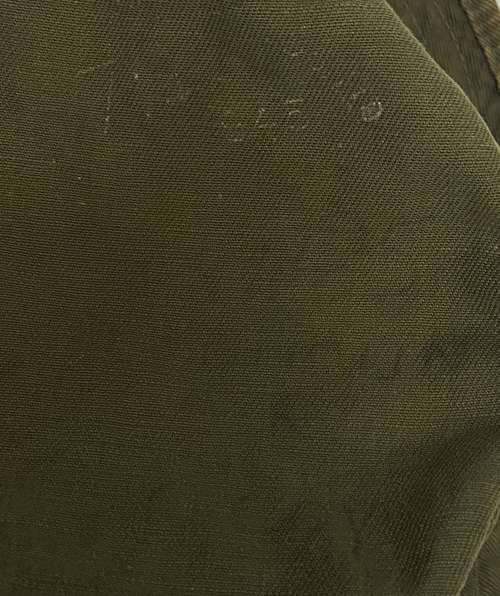 This style of cap was trialed with the British Army in the late 1930s but did not re-appear until the end of the Second World War. This style proved extremely popular in the Post-War years with many armys, often being referred to as 'Boonie' hats.

The cap is made from cotton drill and features a stitched brim designed to keep of the sun and rain. It is fitted with brass vents around the top and loops are fitted to the side through which materials can be placed to aid in camouflage. What is particularly nice is that the cap has a Royal Berkshire Regiment flash added to the lefthand side which appears to be original to the cap. The Second Battalion was serving in Eritrea in the immediate post-war period with the first battalion joining them in 1948 where they were then emalgimated. Period pictures show men of the Royal Berkshire regiment wearing this pattern of hat so it almost saw service in the late 1940s or early 1950s whilst fighting the 'Shifta' rebels.

Inside the cap the original markings are still present. The white makers name can be seen as can the 1945 date and size of 7 1/4. There is also a War Department acceptance stamp which is surmounted the the letter 'Z' which confirms the year of issue as 1945.

The hat is in good condition for its age with some signs of wear and age. Overall it displays very well.

A nice original hat which almost certainly saw active service in what is now a forgotten conflict. This would make an excellent addition to any British Army collection without a shadow of a doubt. 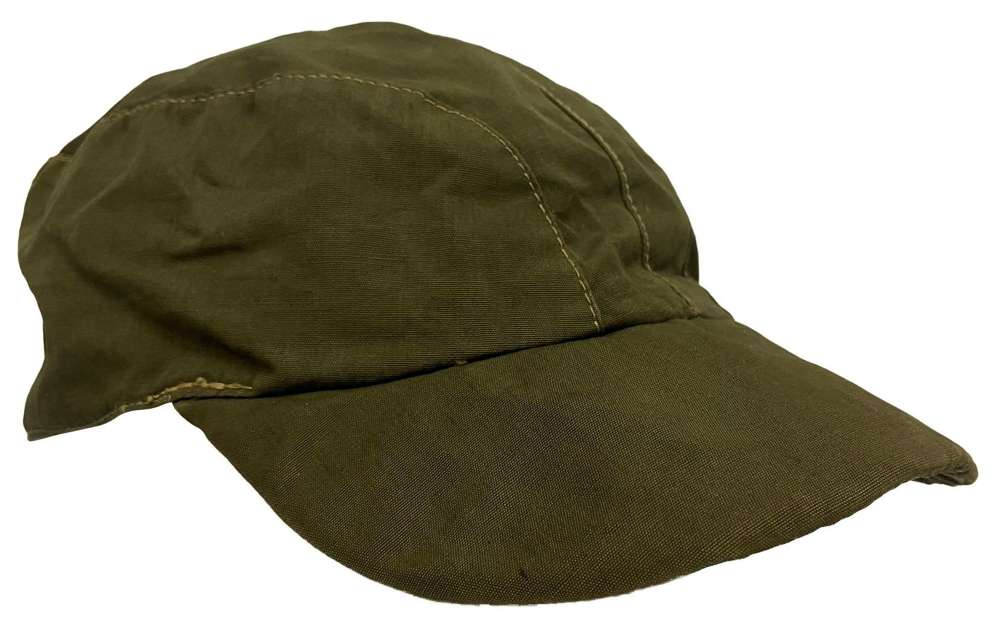 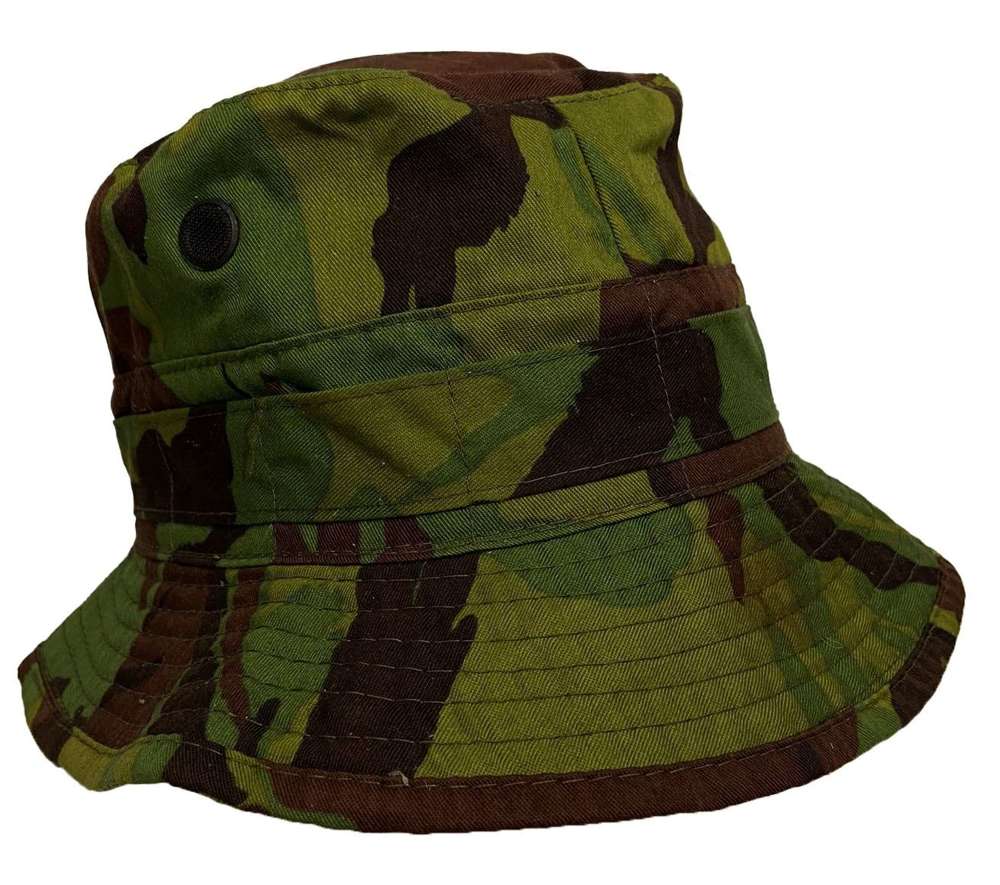 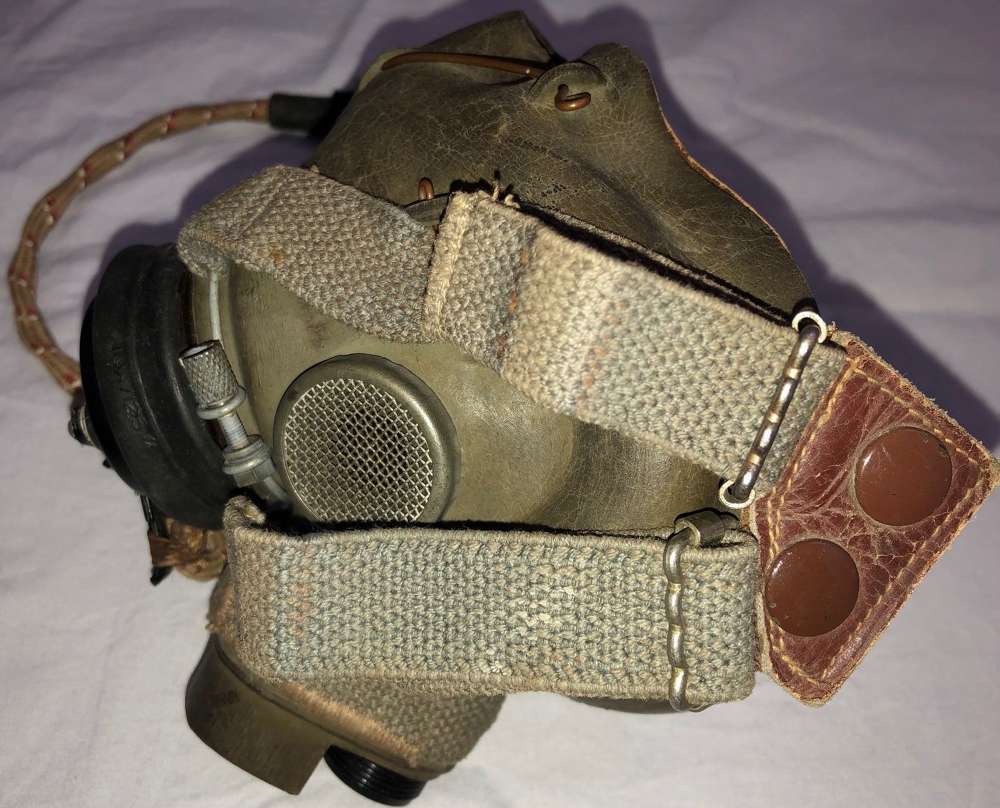 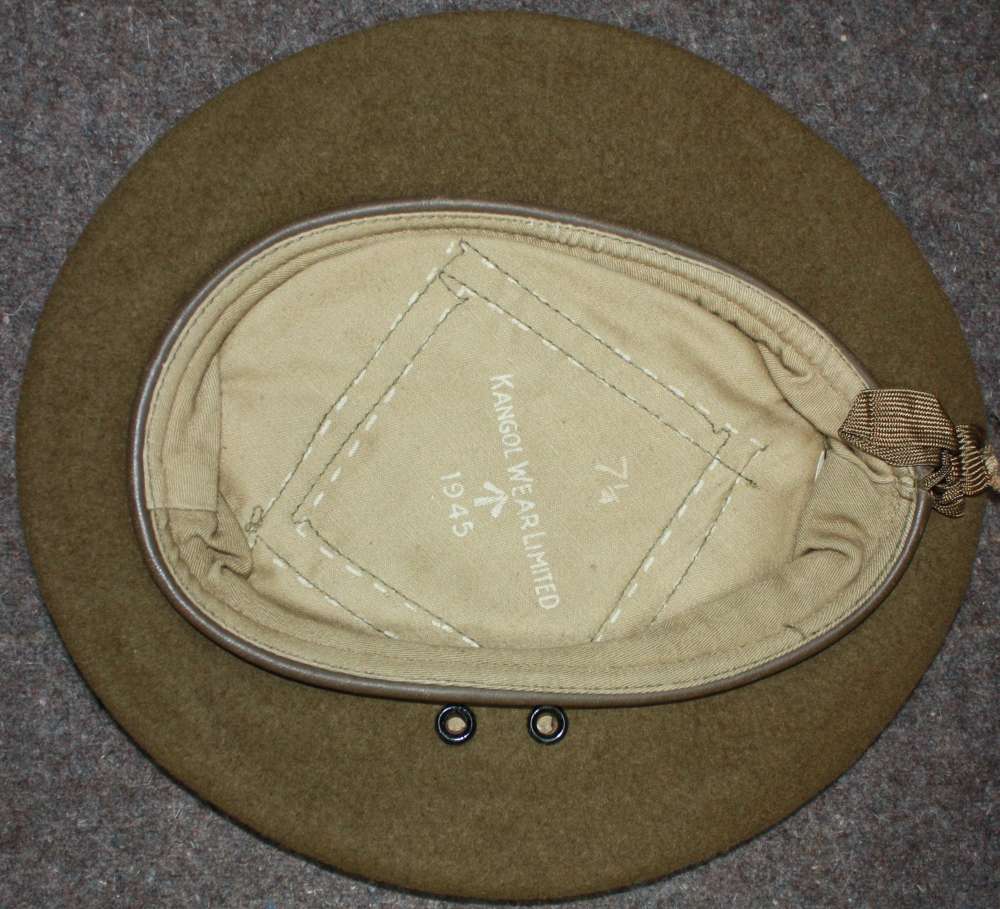 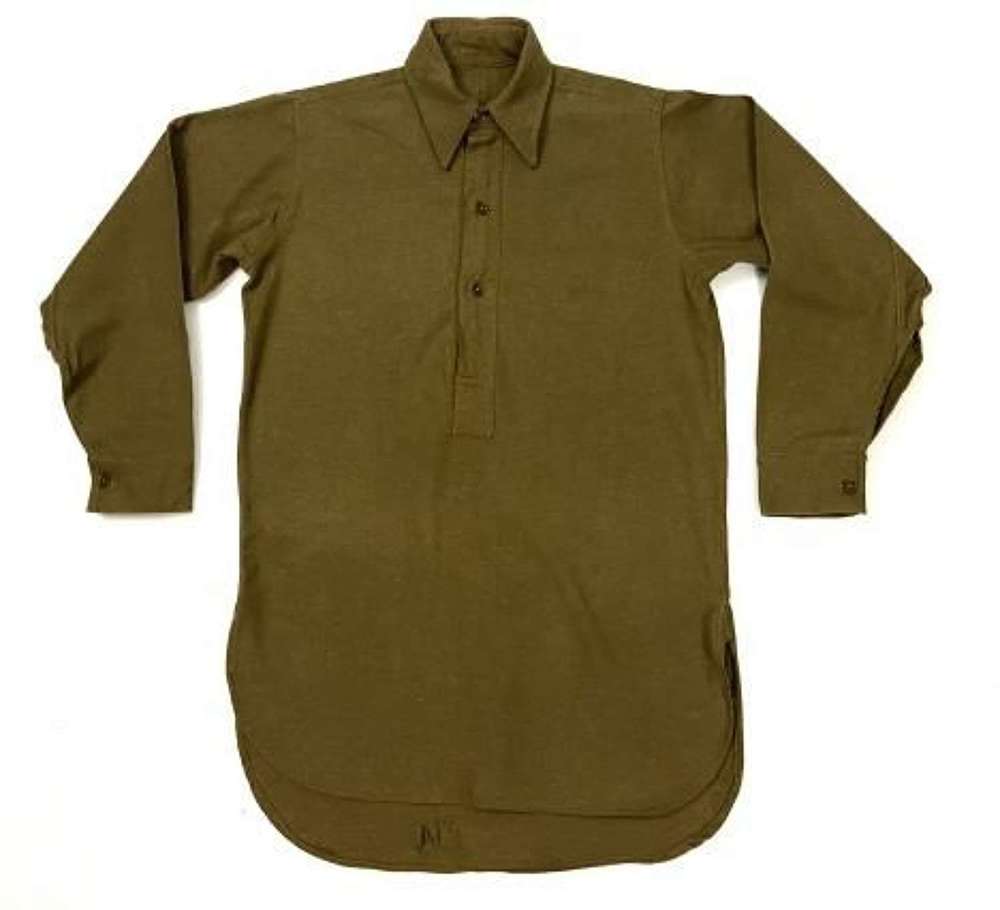 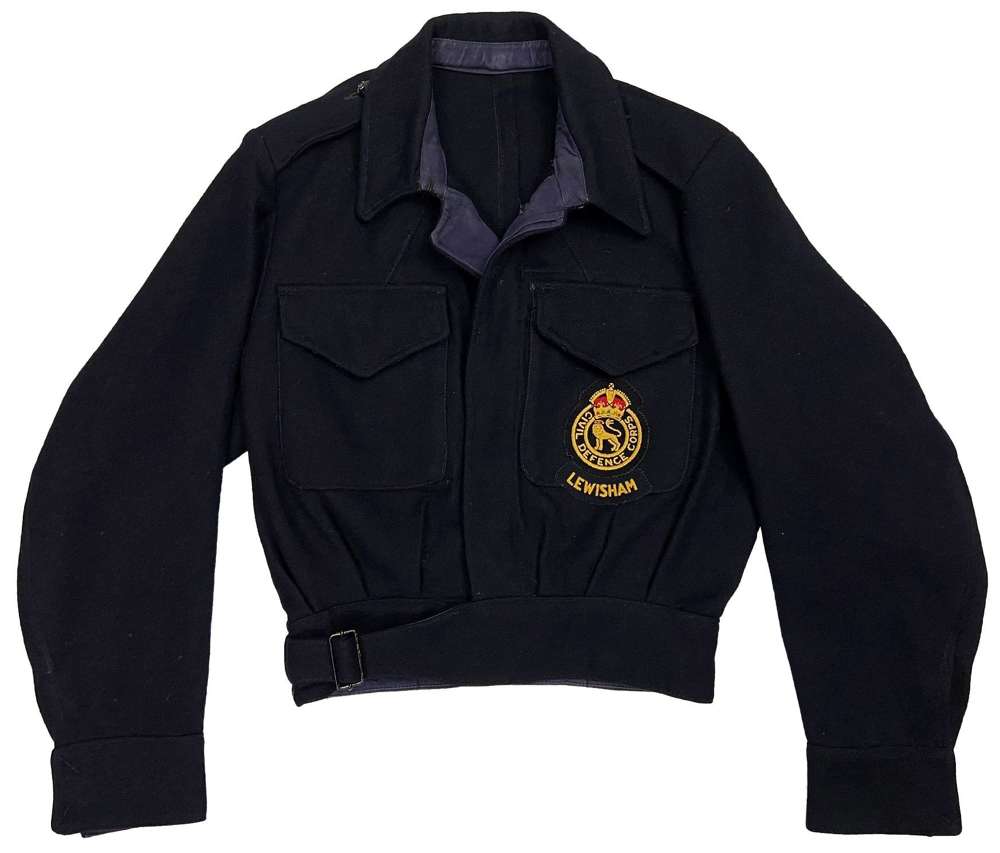 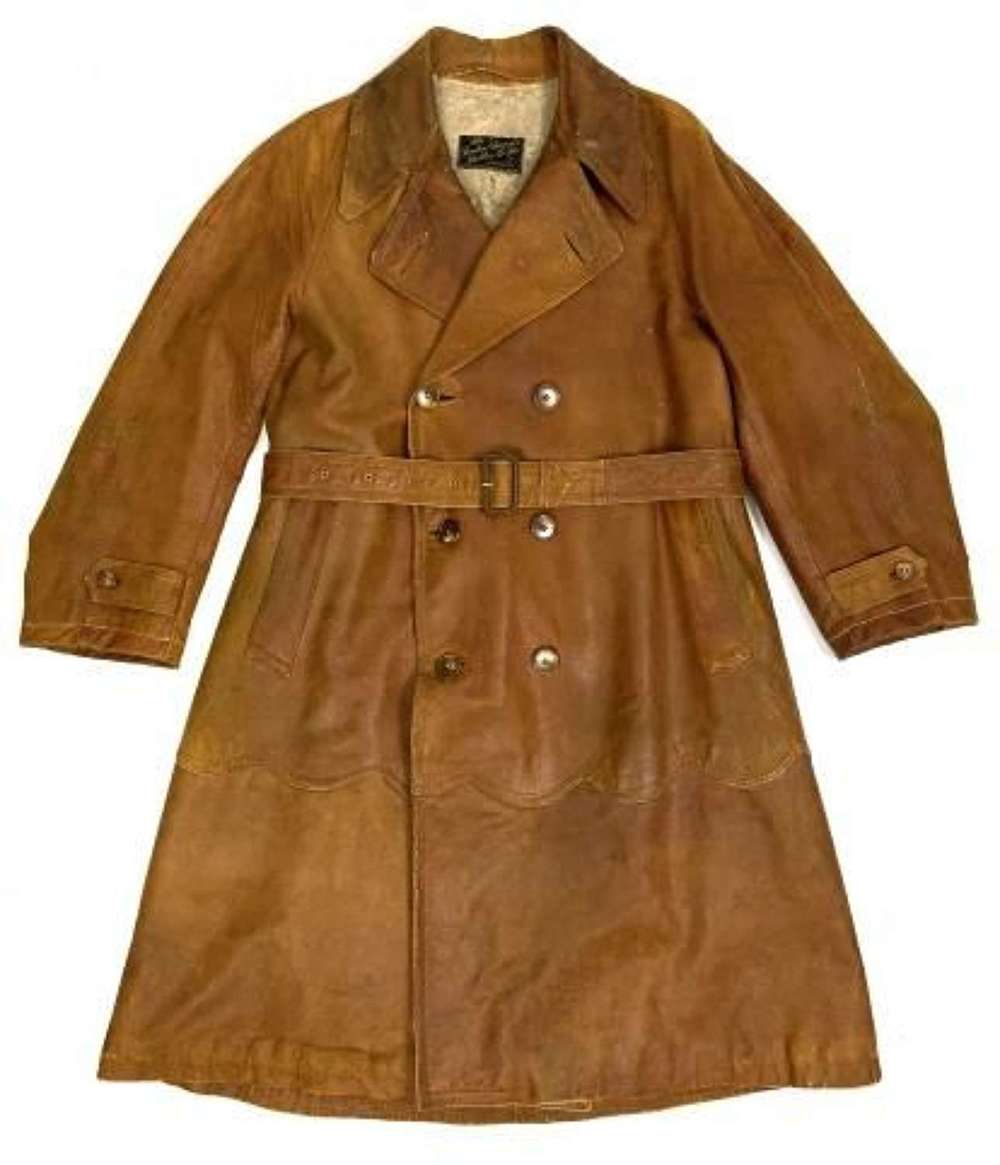