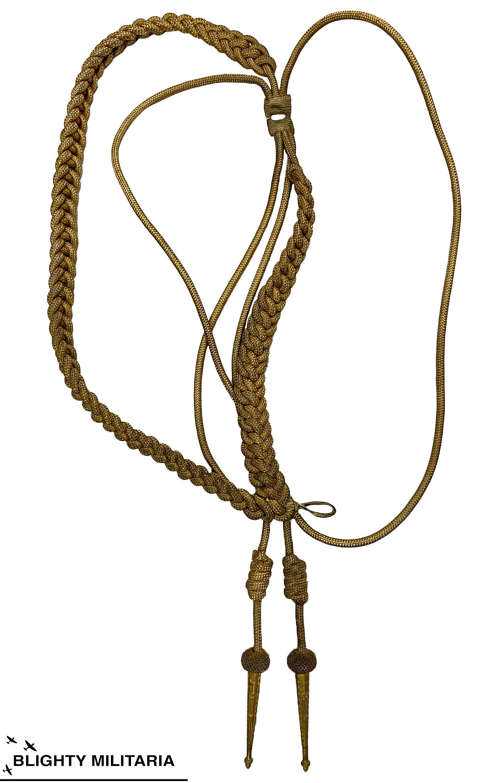 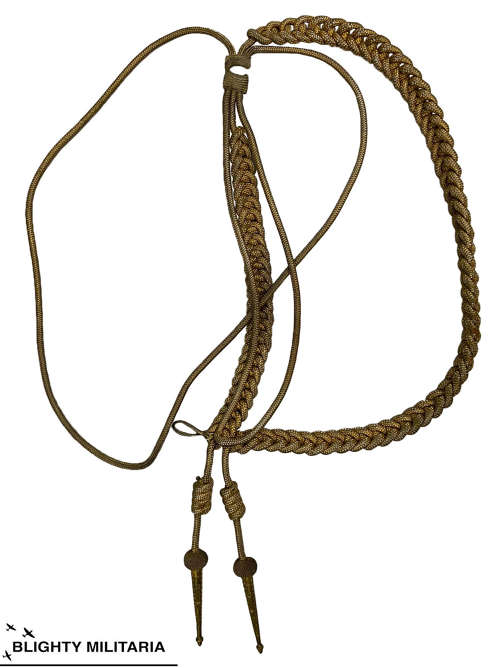 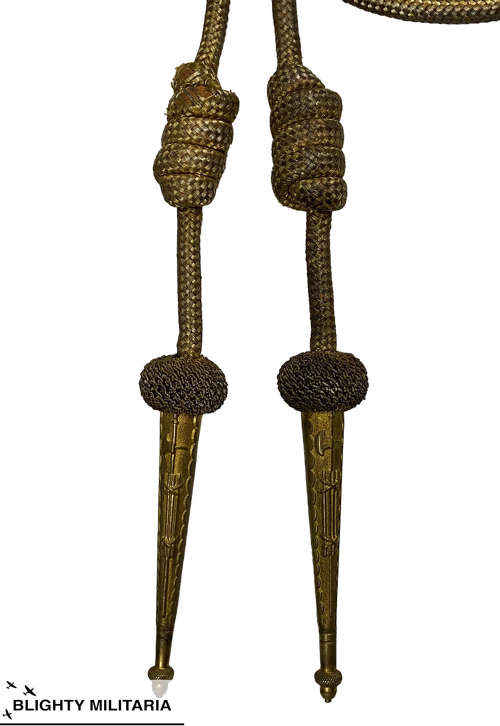 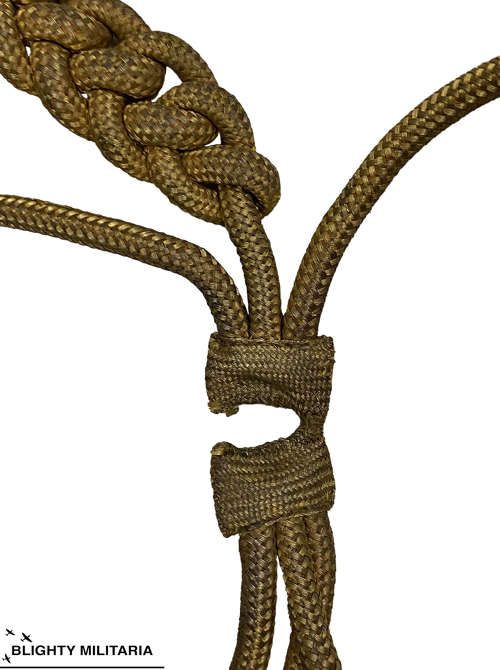 This item came as part of a collection which also included the 1939 dated ceremonial tunic of Wing Commander Richard Maitland Longmore OBE who was the son of Air Chief Marshal Sir Arthur Murray Longmore, GCB, DSO, DL. He entered Cranwell College in January 1934 and passed in the December of the following year. He was posted to No. 56 Squadron and was posted to Singapore. He returned to the UK in 1939 and was awarded the OBE in March 1941. He was Officer Commanding 120 Squadron when he was killed on the 4th of October 1943 whilst flying Liberator FK 923. It was lost at sea, believed to be shot down by flak while it was attacking U-boat U-539.

I think it is likely that this gold aiguillette was worn with that tunic and the age of the item is the same. It is a far higher quality than modern made examples.

The condition is very good save for a break which is illustrated in picture 4.