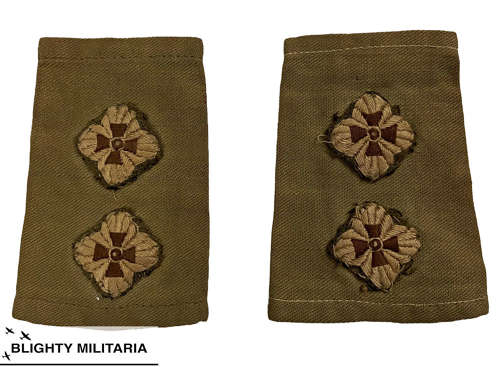 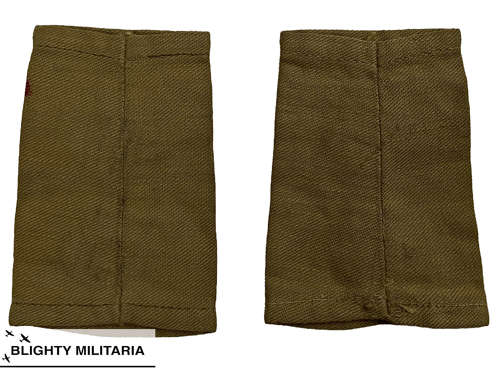 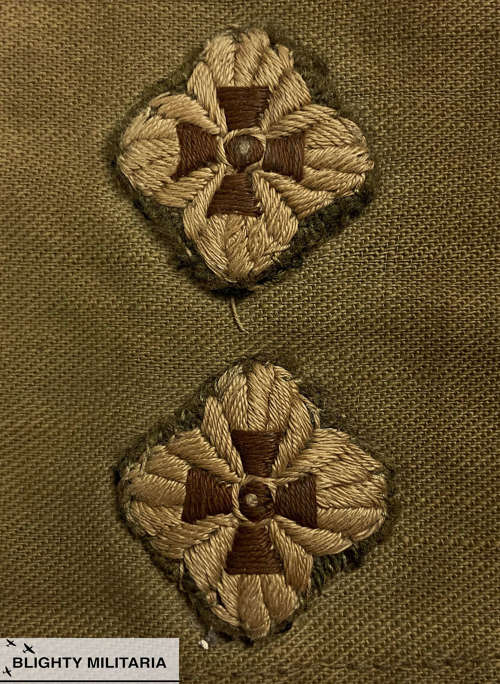 This style of slip was often worn on shirt epaulettes by British Army officers amongst others. This example, like many, are theatre made. They are fitted with two khaki pips as used during the Great War and up until the early part of WW2 when they were replaced with coloured examples.

In good condition and a genuine matched pair.

AN ANODISED BADGE FOR THE NORTH SOMERSET AND BRISTOL YEOMANRY