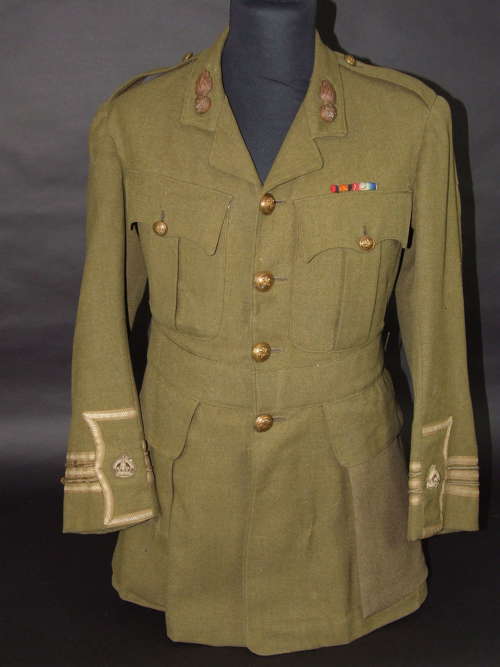 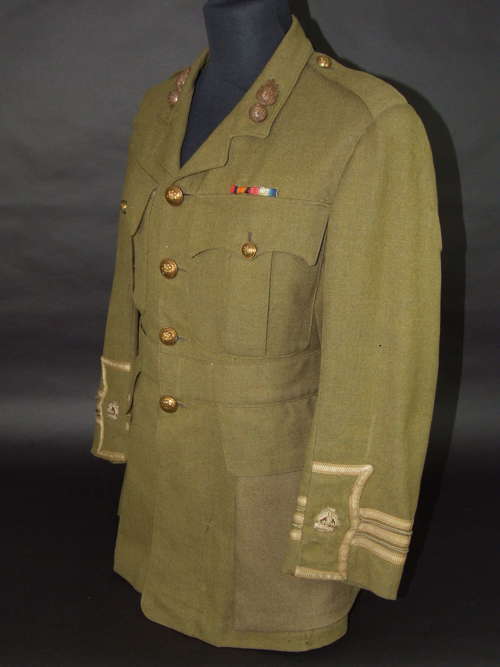 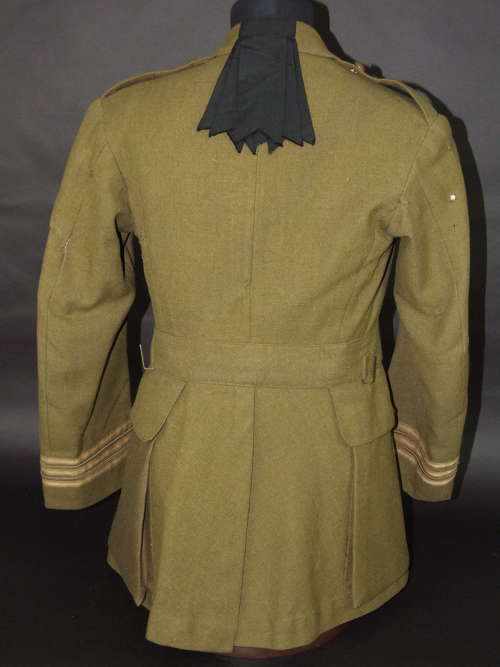 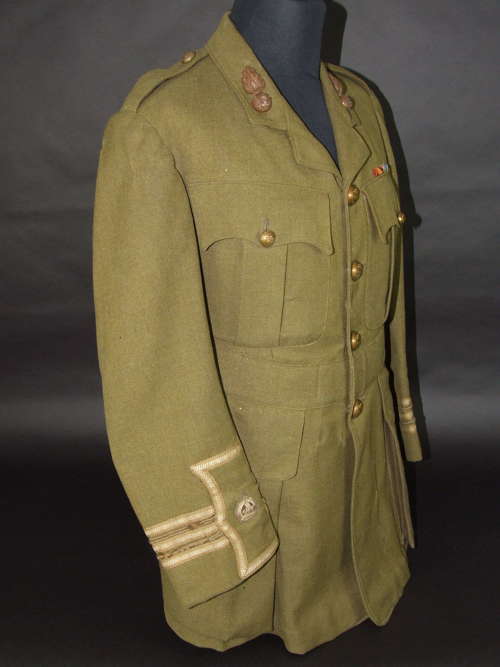 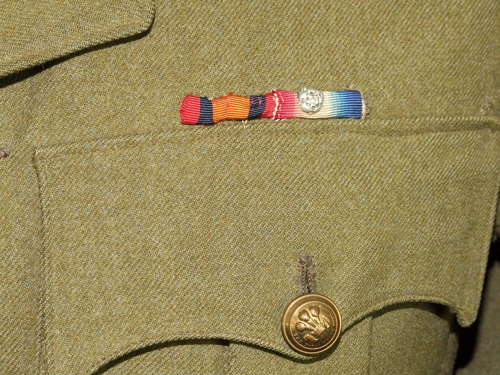 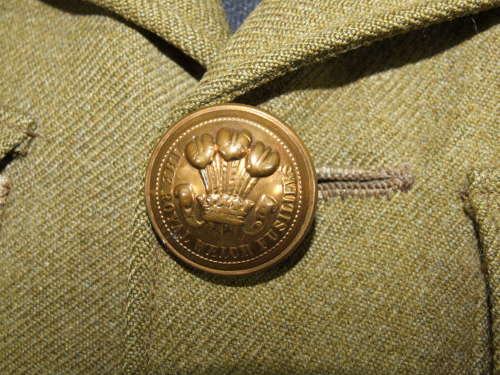 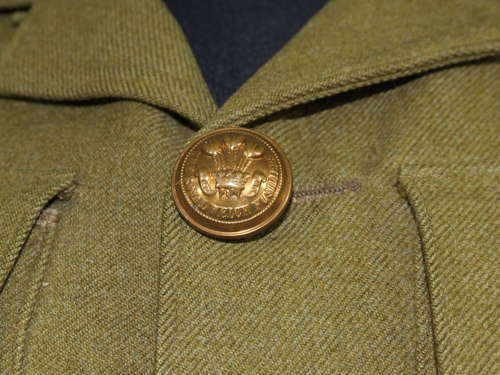 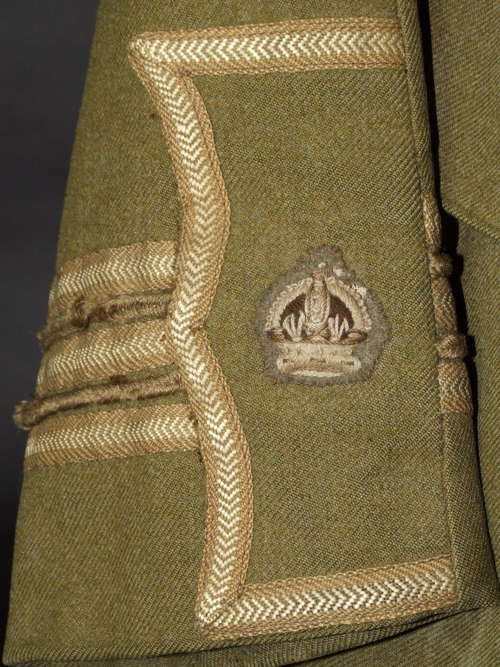 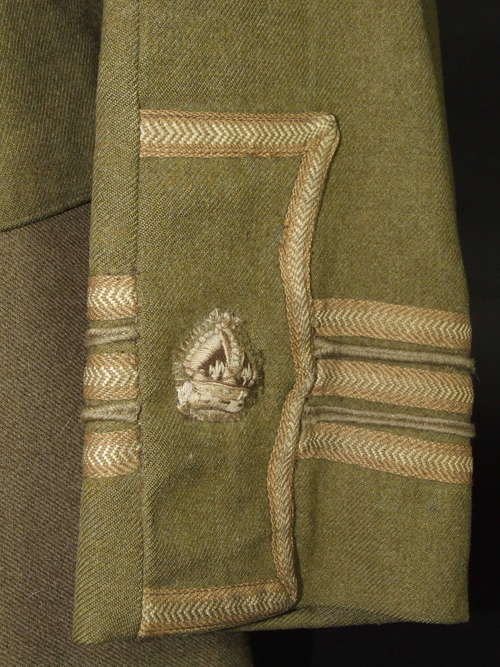 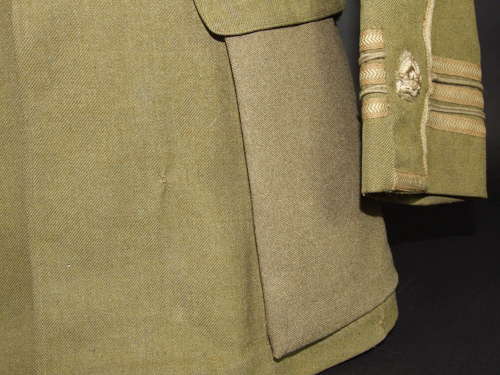 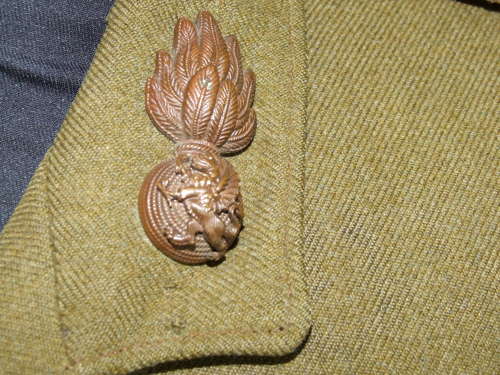 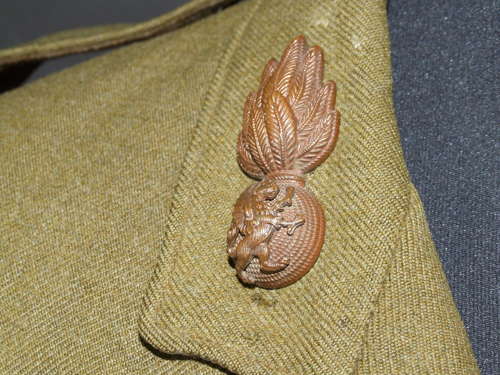 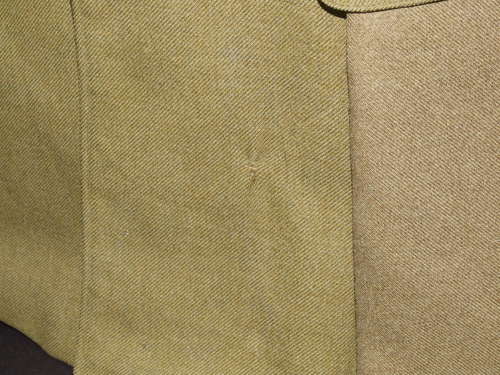 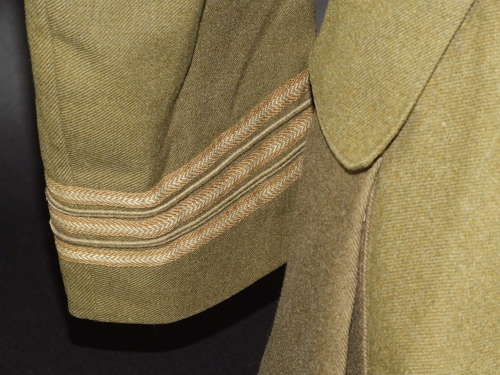 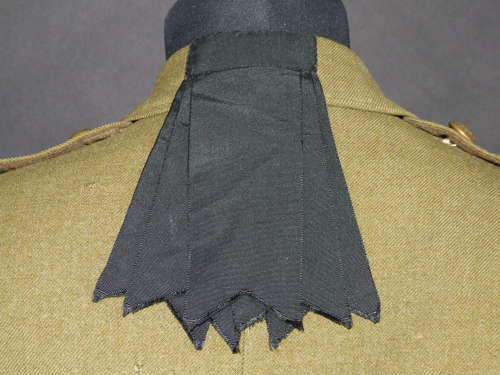 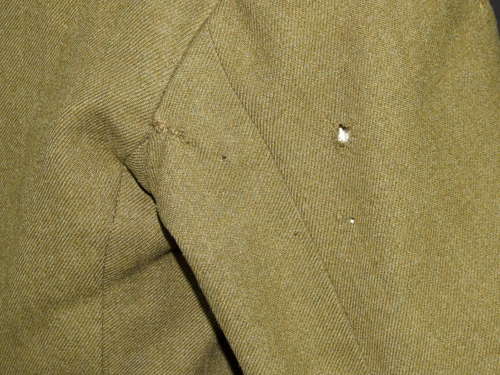 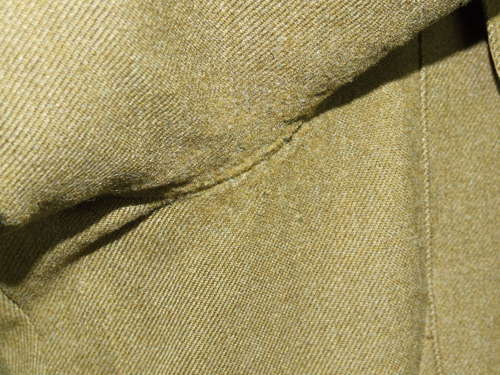 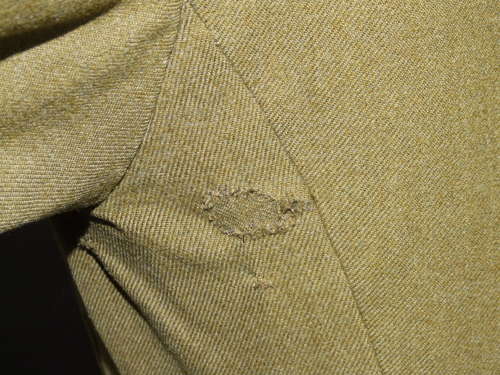 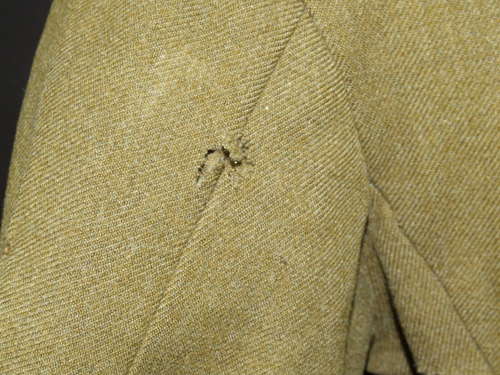 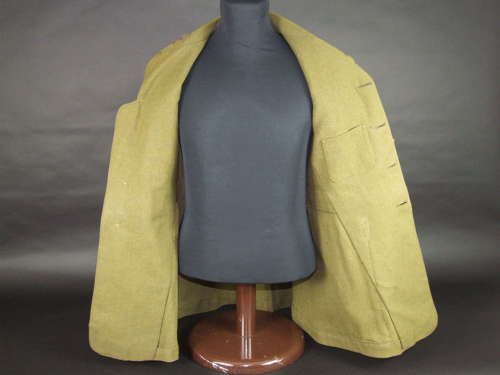 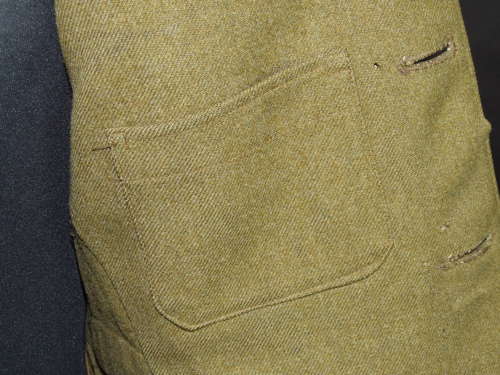 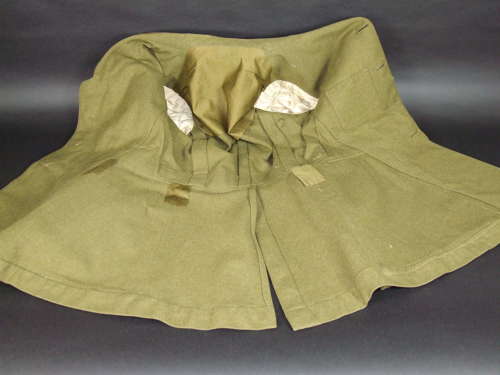 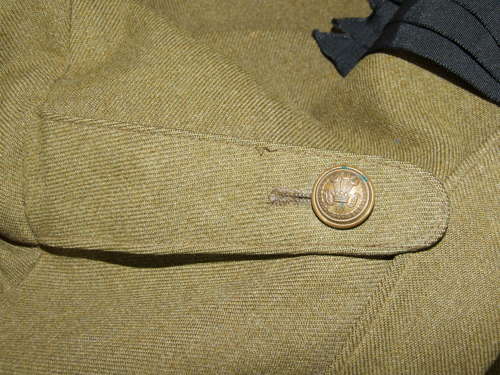 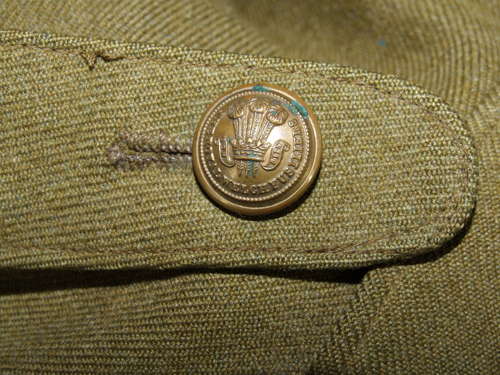 A very interesting WW1 Cuff Rank Tunic to a Major in the Royal Welsh Fusiliers. Though not named I believe the original owner of this Tunic could possibly be traced given the unusually narrow parameters displayed by the Tunic’s wonderful features.

The original owner was clearly from the "Regular" British Army and thus belonged to one of only two pre WW1 battalions of the Royal Welsh Fusiliers, this shown by the presence of the 1914 Star medal ribbon as well as the Queen’s South Africa Medal for the Boer War. Only the two elite Regular battalions of the Royal Welsh Fusiliers earned the 1914 star. The 1914 Star was instituted in November 1917 placing the Tunic’s present configuration at 1918 given the absence of ribbons for the 1919 War and Victory Medals. In 1918 there can only have been a handful of Majors associated to the two Regular Royal Welsh Fusiliers Battalions.

To add to the appeal this Tunic is undoubtedly the Major’s trench item since not only is it tailored in a fine serge cloth for the “field” as opposed to the usual gabardine, but also the lower right bellows pocket (as viewed) has obviously been repaired in the field given the cloth is not a perfect match to the rest of the jacket. Such disparity would only be tolerated for trench use, especially for a Regular Army Major.

The Tunic’s desirability is then further enhanced by the Royal Welsh Fusiliers unique regimental flash in black silk to the rear of the collar, and the particular set of buttons used.

The buttons display the word Welsh spelt with a “c” to read Welch. Though this feature was introduced as standard for the non-regular battalions of the Royal Welsh Fusiliers post war, most significantly the two elite Regular battalions of the Royal Welsh Fusiliers proudly already wore this feature throughout WW1 to distinguish themselves from the non-regulars who at the time of course still used Welsh buttons spelt with an “s”.

(In his book “Goodbye To All That” the famous war poet Robert Graves who himself served in the Regular Royal Welsh Fusiliers in WW1 states:  “ The spelling with a c was as important to us as the miniature cap badge was to the Gloucesters…I have seen a young officer sent off Battalion Parade because his buttons read ‘Welsh’ instead of Welch’. “ )

The Tunic is in good condition overall. There are a few nicks to the cloth which I believe come from field use, though some are perhaps due to very slight mothing. It is rather difficult to tell which.