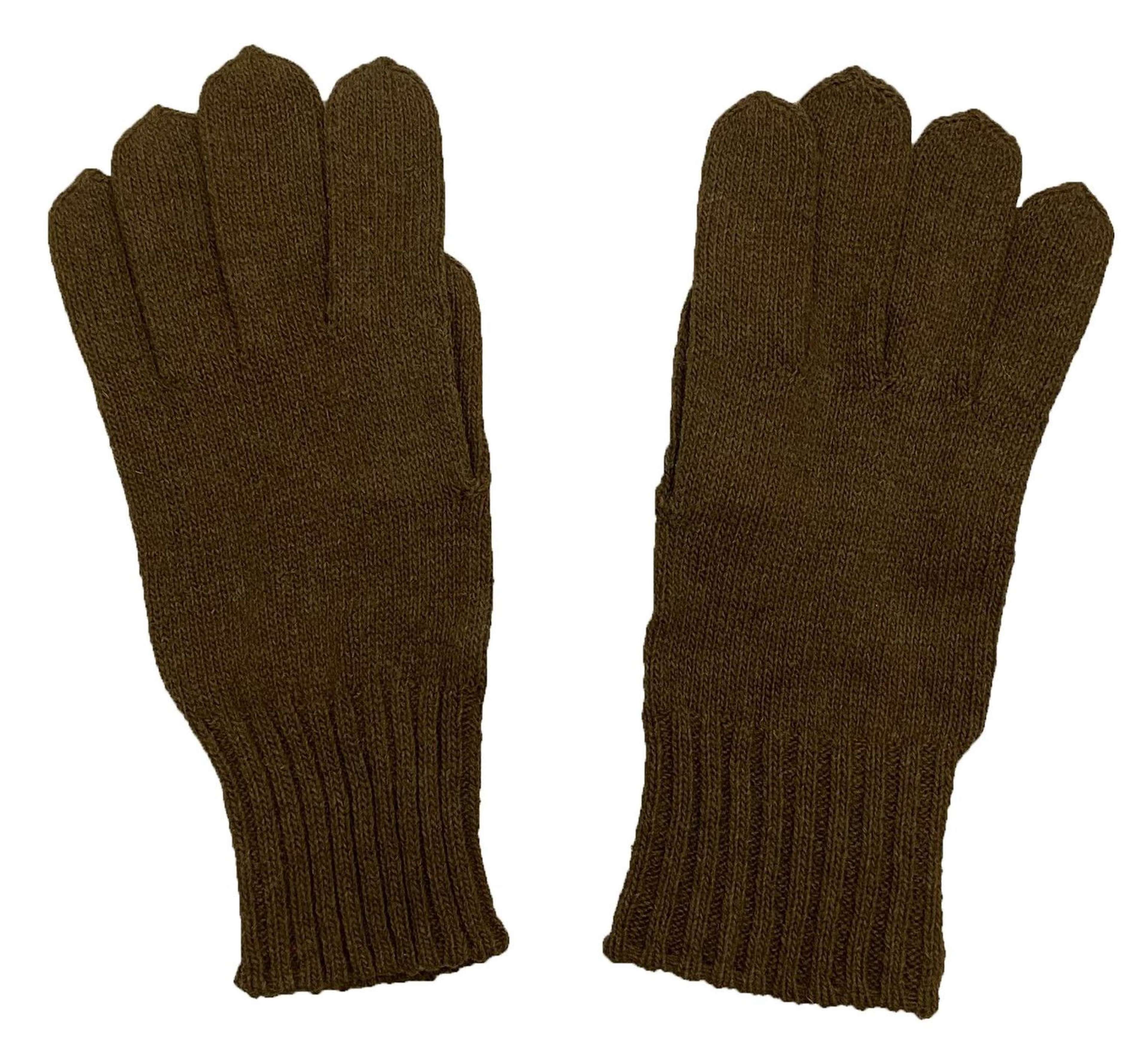 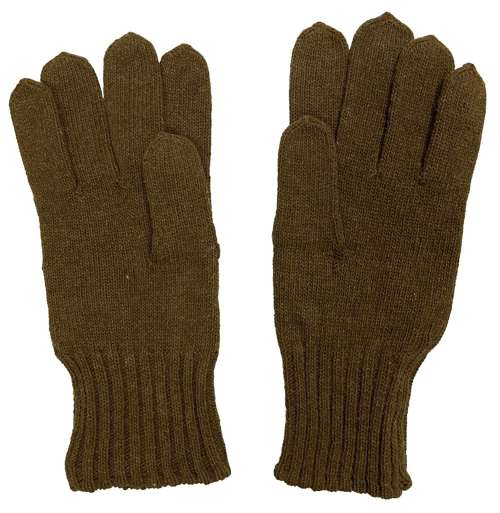 An original pair of British Army issue woolen gloves dating from around the time of the Second World War.

These gloves are the standard pattern issued to soldiers serving with the British Army in the first half of the 20th Century. They are made from a khaki coloured wool which is machine knitted with a tight weave. These are issue examples rather than home made or 'comfort' examples.

The gloves are in good condition with no serious signs of wear or use. They display well and look to be very wearable but are of course a vintage item which may have small flaws commensurate with age.

A nice original pair of British gloves which would suit a re-enactor or collector well.

Other items in Gloves

View all in Gloves 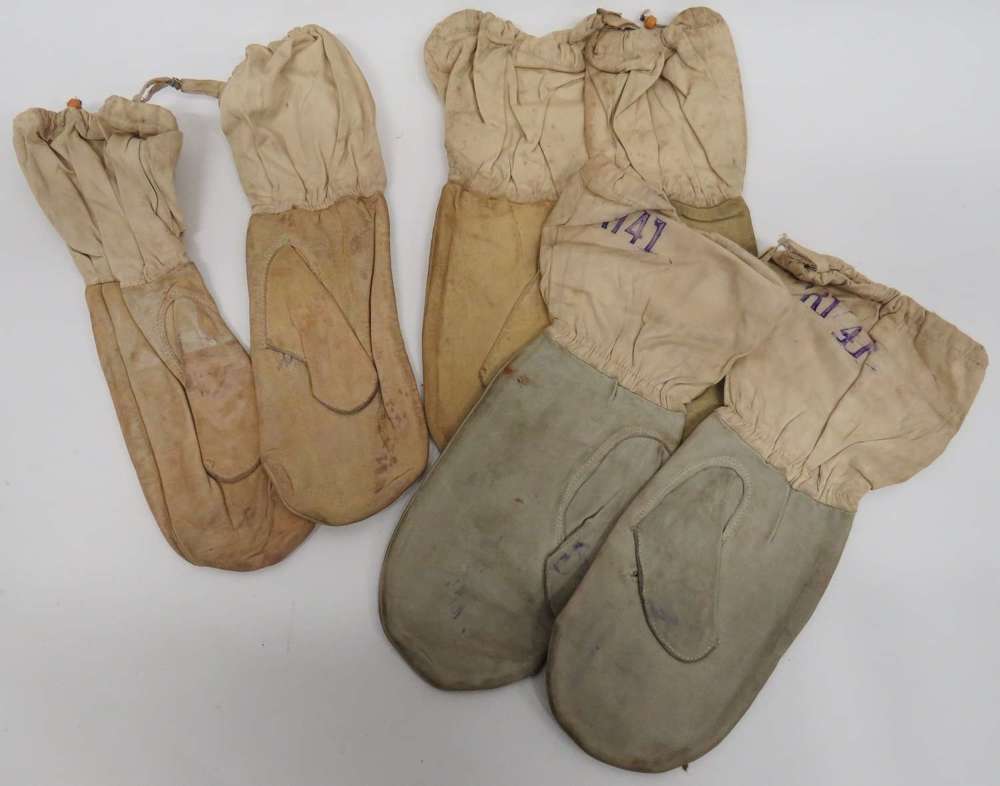 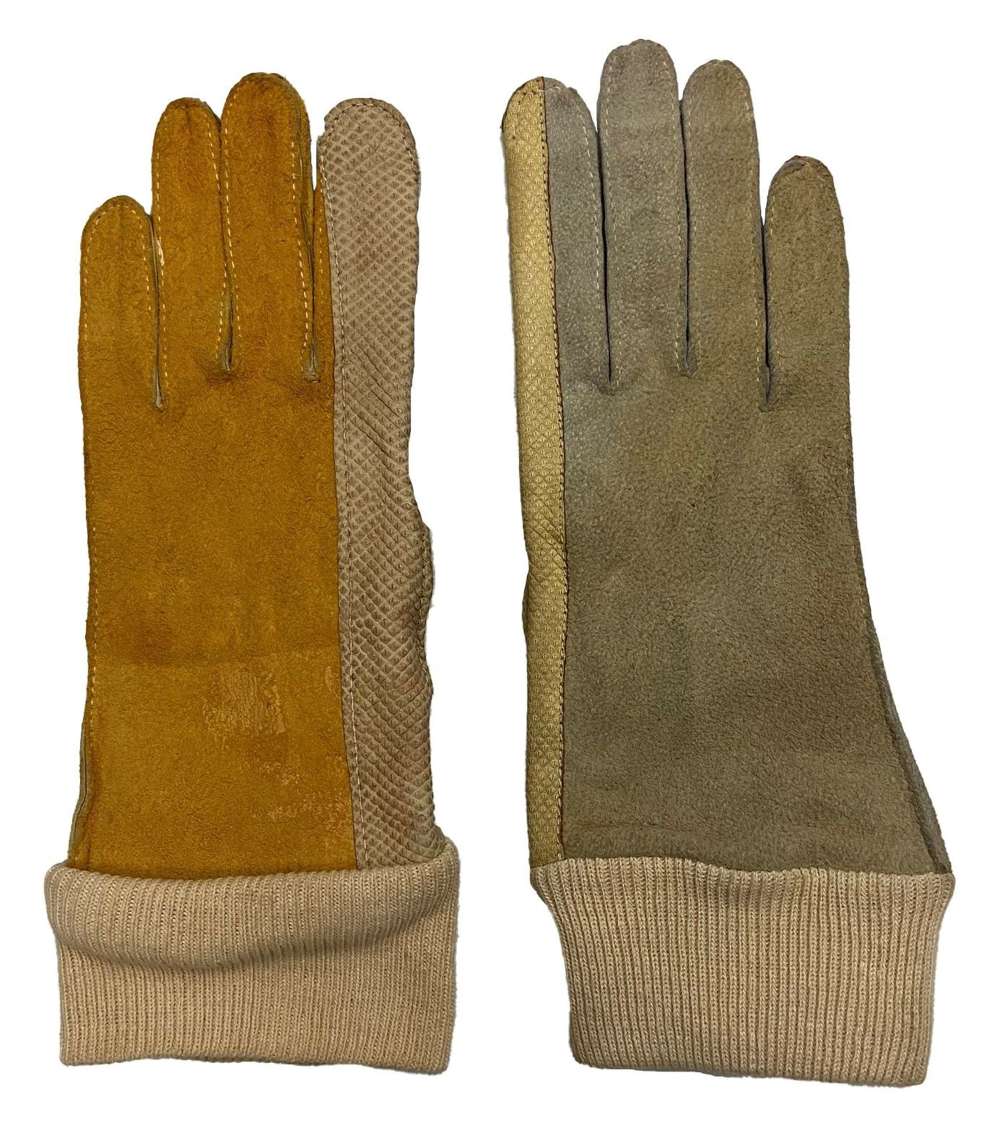