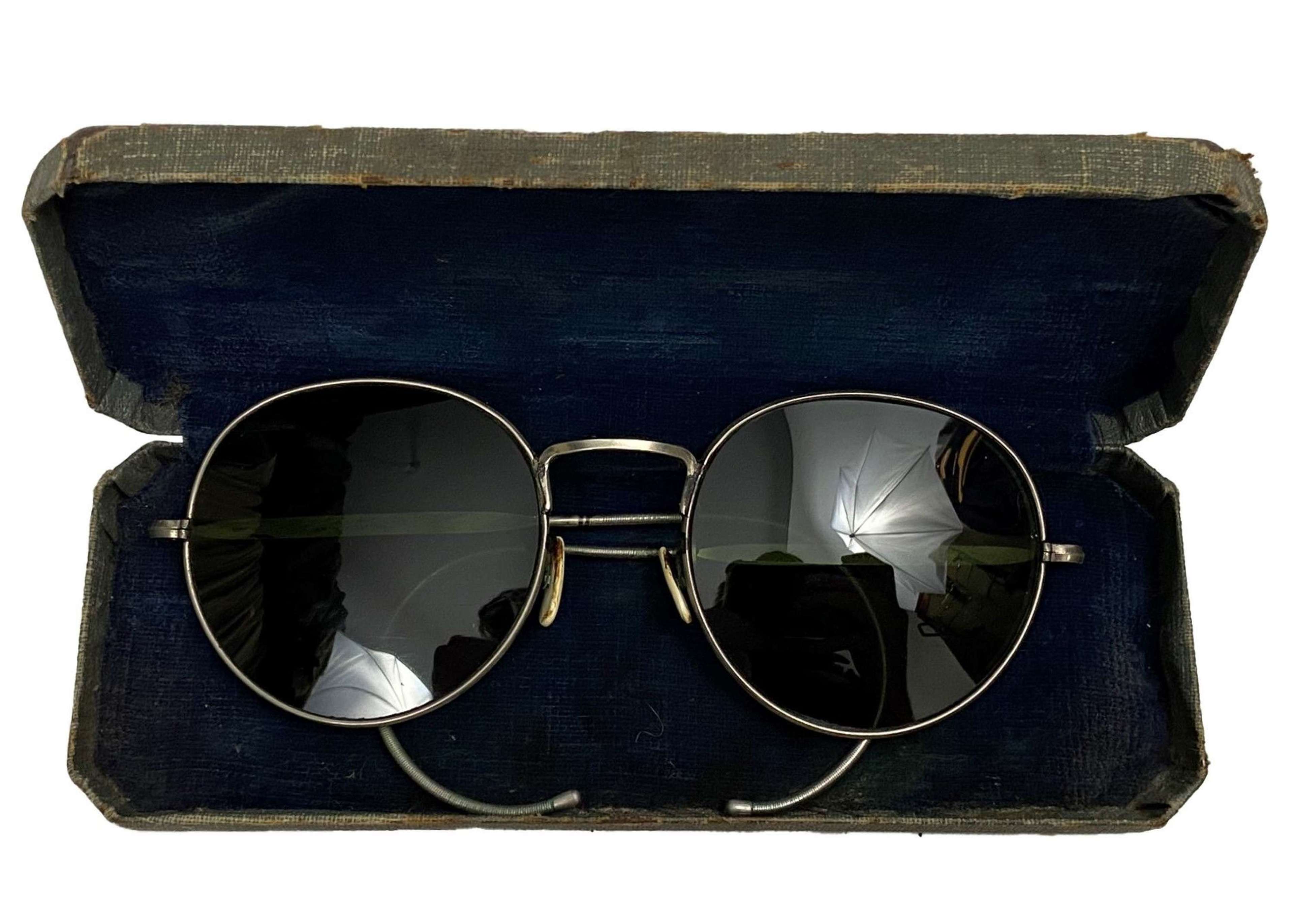 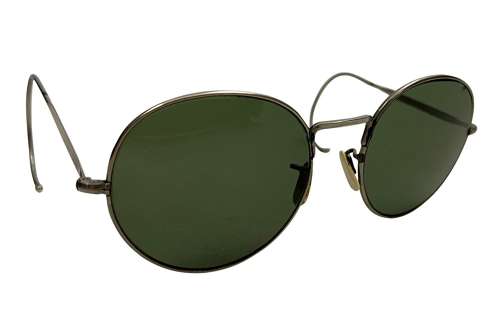 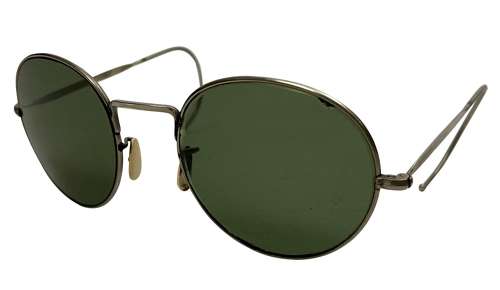 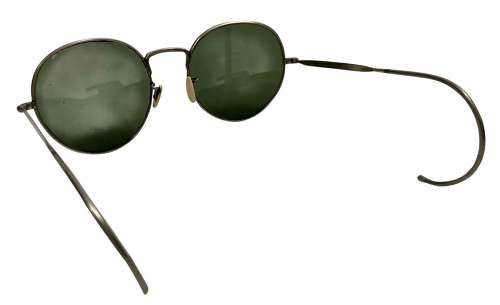 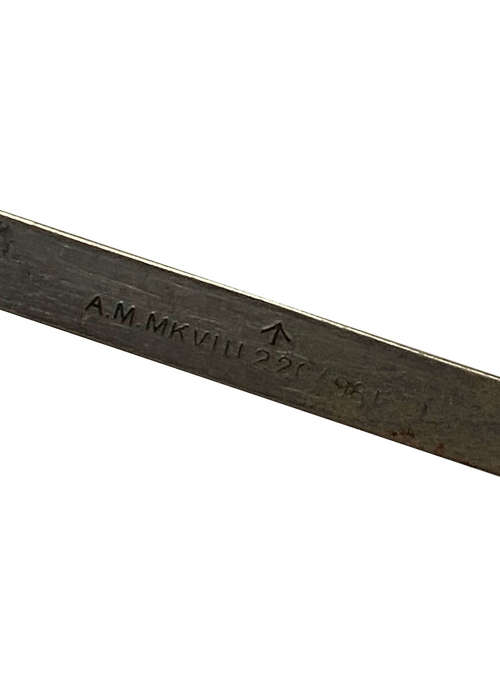 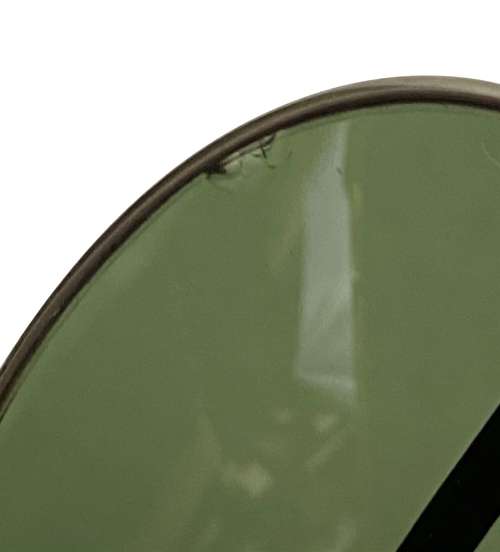 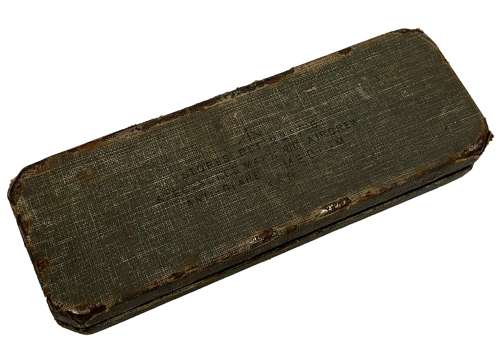 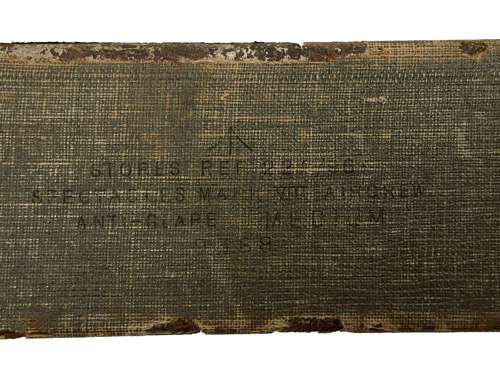 An original pair of RAF MK VIII Sunglasses dating from the Second World War and complete with their original case.

This pattern of spectacles was introduced during the middle of WW2 and saw wide-spread issue throughout the rest of the conflict.

The glasses are the classic 'aviator' shape and feature chrome plated rims and arms with sprung wrap-around ear pieces. They have green tinted lenses of a very high quality which are still very clear and usable today. The inside of one arm bears the designation 'MKVIII' as well as the RAF stores code of 22c / 961. The Air Ministry 'A.M' proceeds the information whilst the War Department broad arrow can be found above it.

The glasses are in good used condition with some signs of age and use. There is a chip to the corner of the glass as shown in the pictures which is luckily not in the field of vision when worn and has not altered the glasses structurley. There are a couple of light scratches to the lenses but they are still wearable. It is important to remember that these are a pair of pre-owned, vintage sunglasses which have been used previously.

Finally, the original case is still intact and usable with signs of wear and age. The top features markings which include the War Department broad arrow marking and the 22C/961 reference number. The size is also stated as a size medium

A good pair of highly collectable sunglasses which would make a good addition to any aviation collection!

Other items in Goggles

View all in Goggles 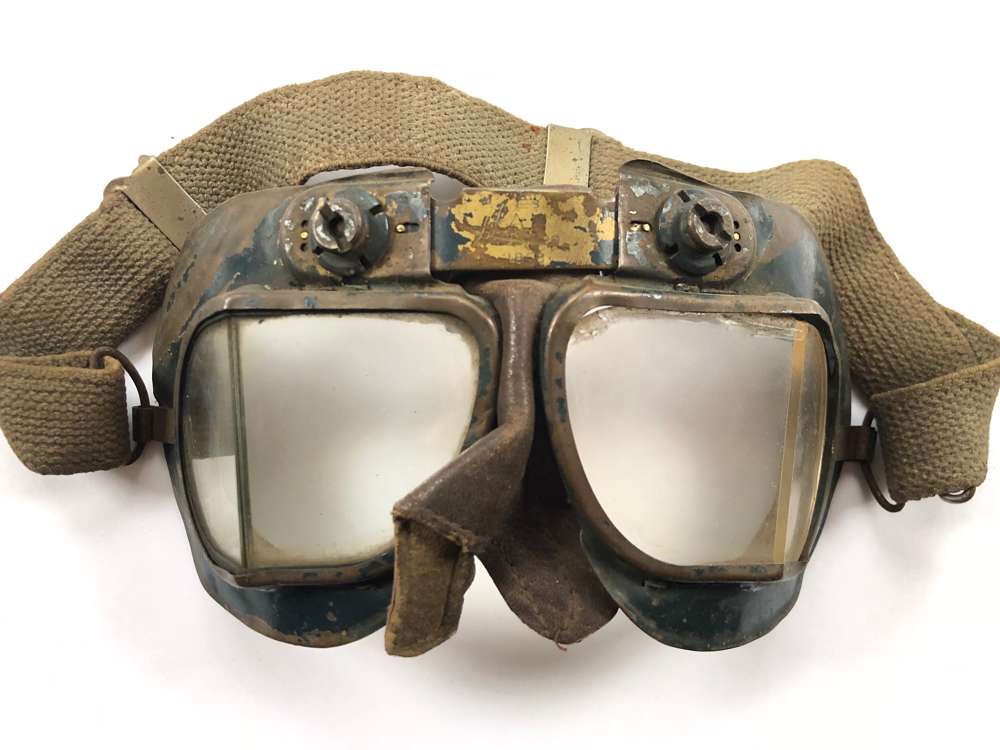