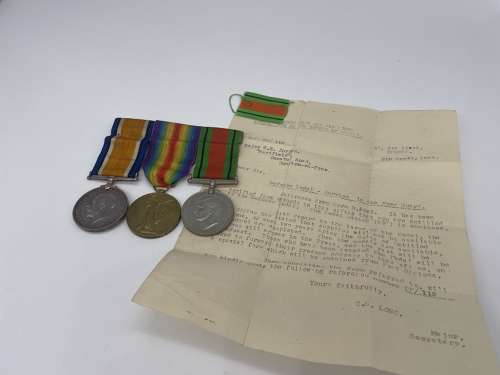 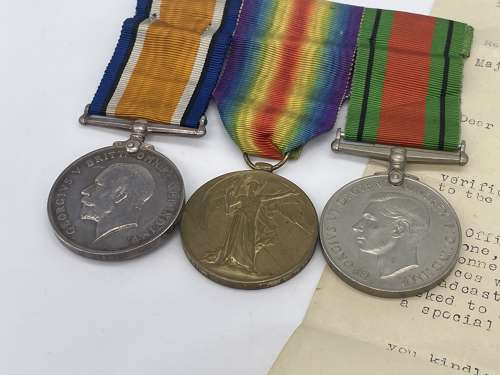 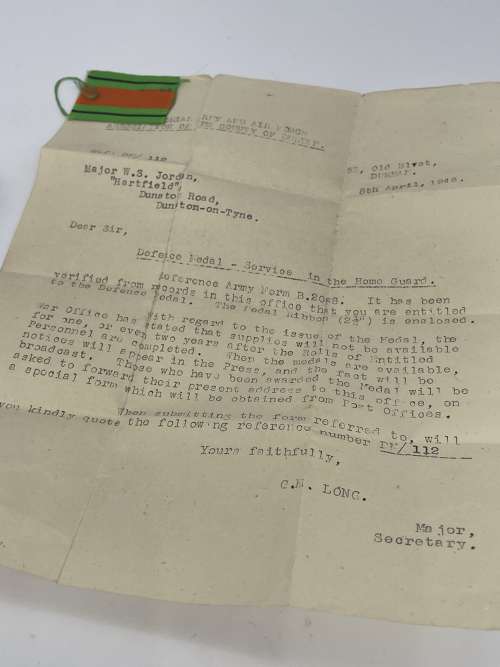 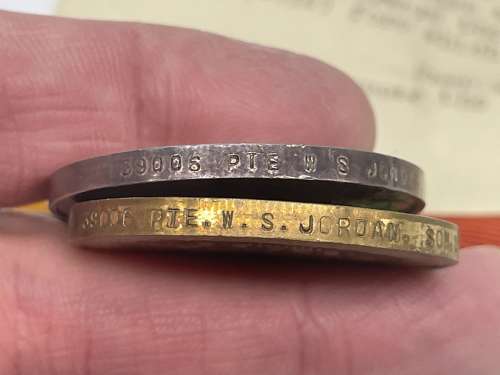 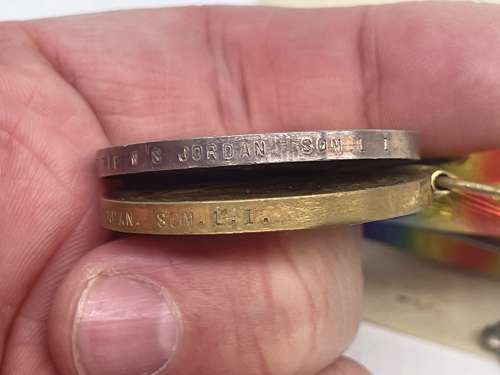 An original World War One era medal pair, comprising the British War Medal and Victory Medal, together with a World War Two Defence Medal.  The WW1 medals are named as follows;

His entitlement to the pair is confirmed on the Medal Index Card.

Sold together with a letter and short length of Defence Medal ribbon, addressed to Major W. S. Jordan of Dunston on Tyne, dated 8th April 1946 confirming William Jordan's entitlement to the Defence Medal due to his service in the Home Guard.

Nice group and rarely seen 'proper' attribution of the Defence Medal to a senior officer.