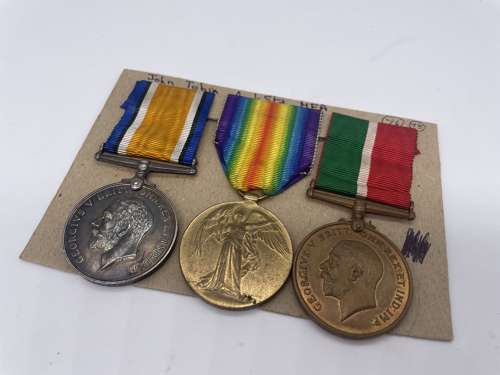 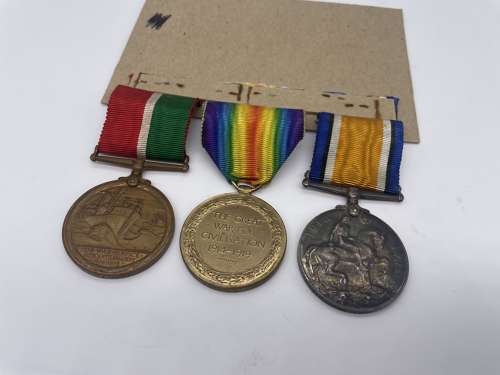 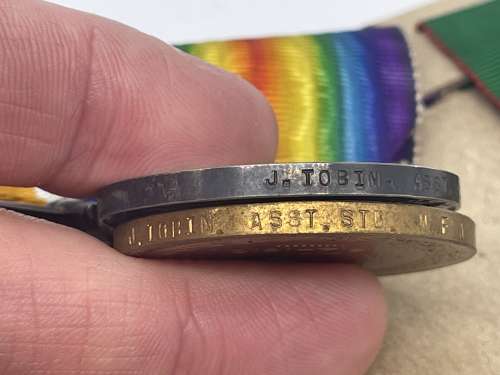 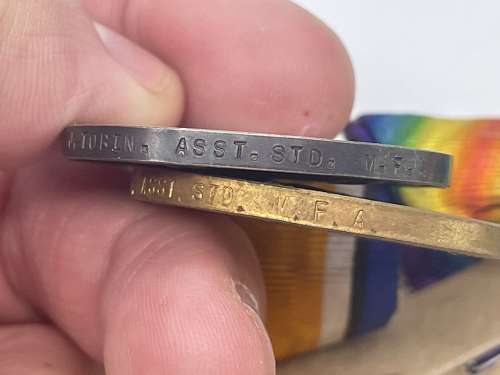 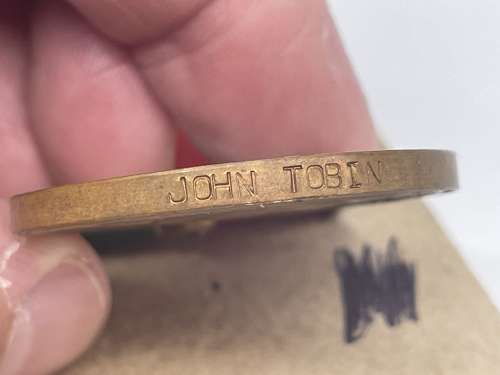 The Mercantile Marine is named to - JOHN TOBIN

There are three John Tobin's entitled to the BWM and MM, two from Liverpool and one from Dublin.  There is a record on Ancestry of a John Tobin, entitled to a BWM and Victory as a Ast. Std., under service number 904563 for the Mercantile Marine Reserve, which may be the John in question.