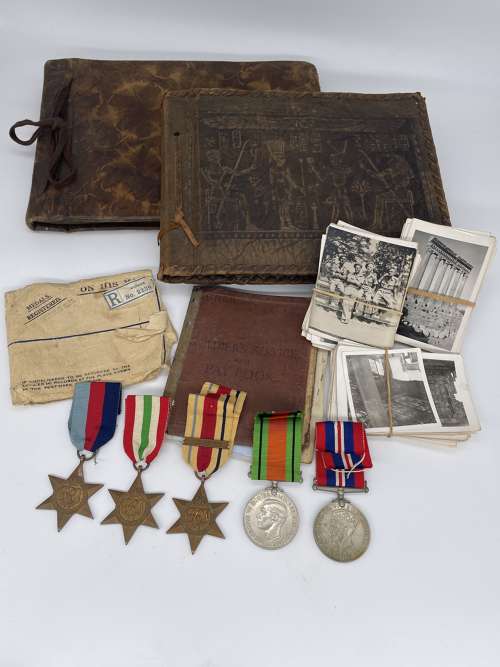 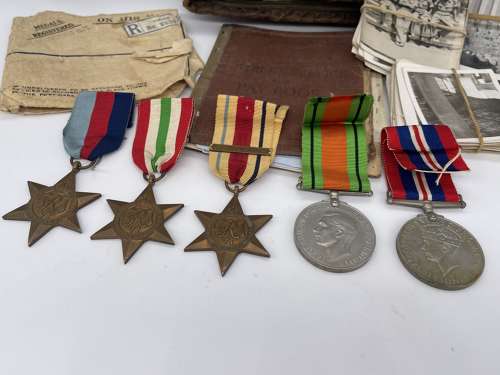 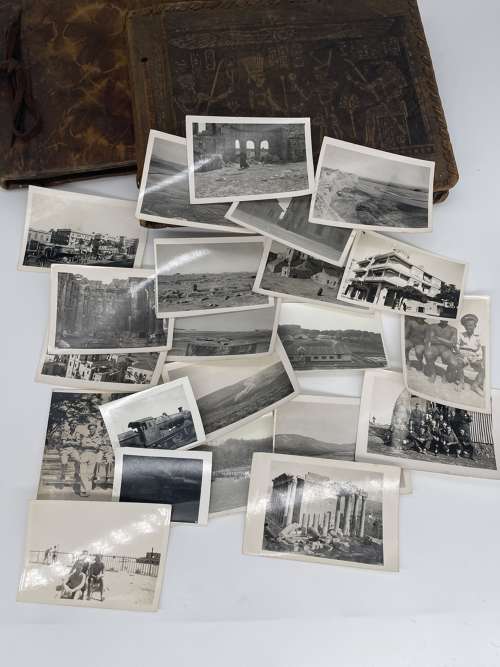 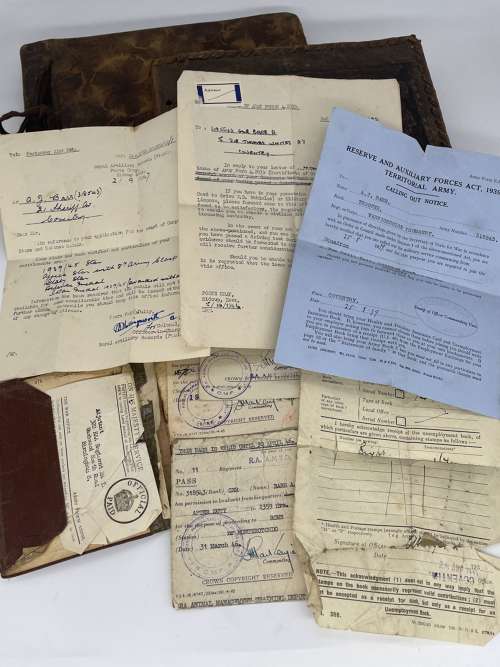 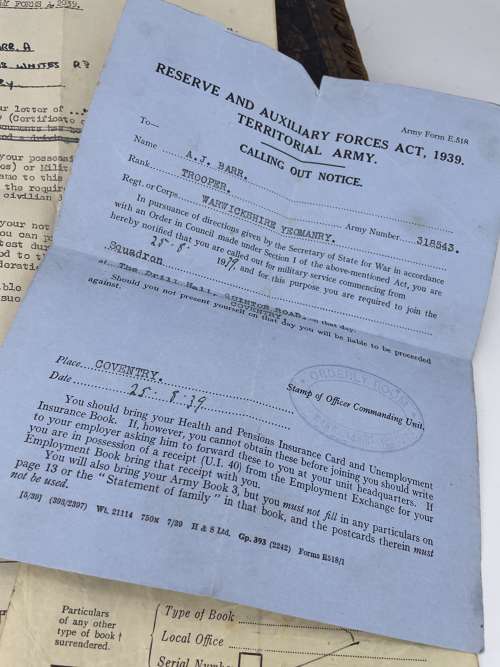 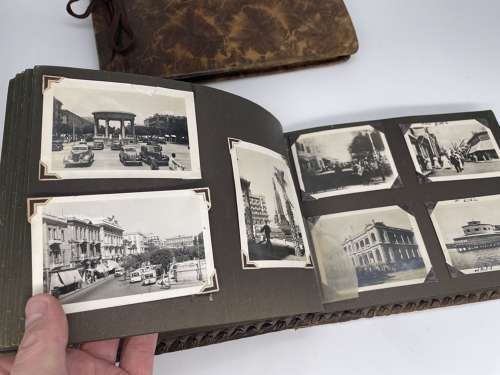 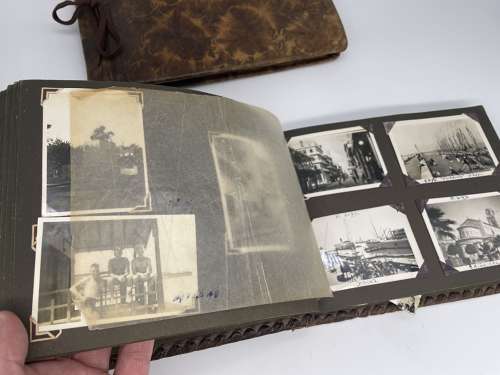 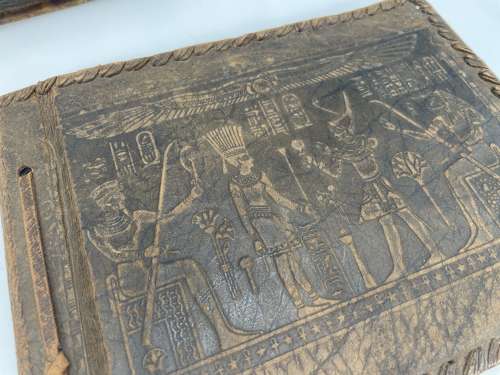 A substantial and interesting grouping belonging to Trooper, later Gunner Alfred James Barr, called up to the Warwickshire Yeomanry and later posted to the Royal Artillery.

3. His calling up papers, dated 25 August 1939 for Trooper Barr to report to The Drill Hall, Quinton Road, Coventry for service in the Warwickshire Yeomanry;

4. A Ministry of Labour 'Acknowledgement of Receipt of Unemployment Book' dated 28 August 1939;

6. Envelope that may have originally contained his medals, stamped Royal Warwickshire Regiment;

7. 1946 dated letter regards Form A.2039 (confirmation of passing driving test), presumably he passed whilst in service and needed confirmation for a 'civilian' license;

8. A 1947 dated letter confirming receipt of his medal claim, correlates against the medals included;

9. 2 x Photo Albums, one with Egyptian motifs on the cover.  The albums are partially complete, numerous photographs are not in the album, but there are three lots of loose photographs, presumably those no longer in the albums. General wear and tear as would be expected.  Images show landscapes in Egypt, images of Cairo, the Sphinx, the Jordan River, ancient ruins (possiby in Lebanon), Port Said, nuns in a Monastery, numerous photographs of soldiers posing by vehicles, German aircralft and playing sport. 2x images of British steam locomotives (45682 and 3217).

Total of 242 photographs, some duplicates.